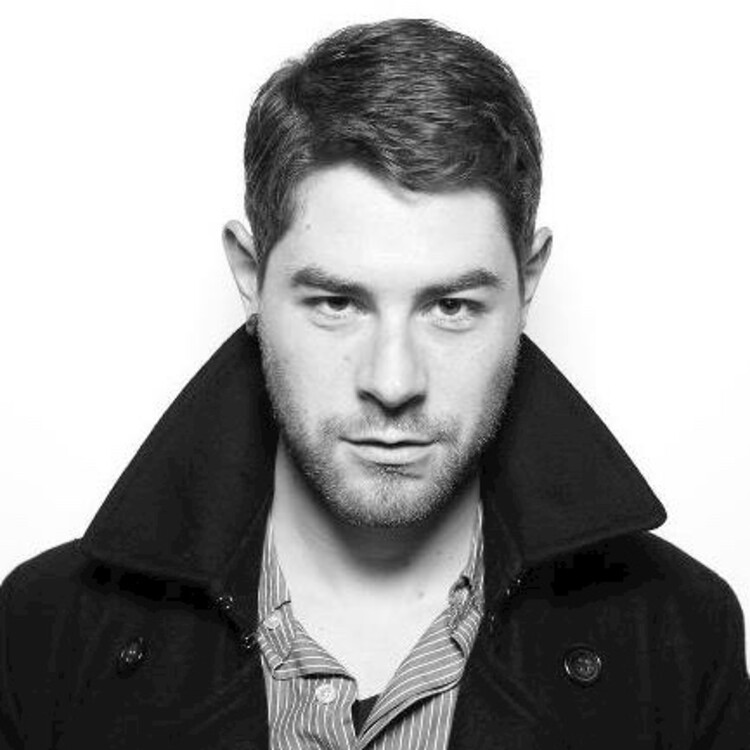 From The Public to Broadway

Fun Home, the Tony-winning musical adapted from Alison Bechdel's graphic memoir has not one but three protagonists. They are dubbed, quite aptly, Small Alison, Middle Alison, and just Alison. I had the pleasure of seeing the three New York City incarnations of Jeanine Tesori and Lisa Kron's musical which might be quite similarly described: Small Fun Home, staged as a Public Lab production in October 2012, Middle Fun Home, staged to great acclaim as a much-extended limited run at the Public in Fall 2013, and just plain Fun Home, the Broadway version at Circle in the Square which opened on April 19, 2015 and went on to win five Tony Awards, including one for Best Musical this past spring.

In 2008, during the question and answer portion of Bechdel’s talk as part of the Writers at Rutgers series, the conversation veered towards whether she’d be happy with a film adaptation of her piece. Rather cryptically, she said that her memoir might instead find itself following the Seussical route. This was exhilarating; a musical version of a lesbian cartoonist dealing with the harrowing death of her closeted father? I couldn't even think of a theatrical precedent, let alone visualize how it might work.

This was exhilarating; a musical version of a lesbian cartoonist dealing with the harrowing death of her closeted father? I couldn't even think of a theatrical precedent, let alone visualize how it might work.

A mere four years later, after being workshopped at the Sundance Institute Theater Lab the year before, I got to be in the audience for a work-in-progress version of the show. Here at last was proof positive that the Seussical route was an inspired one. Small Fun Home premiered in October 2012, in the 99-seat Shiva Theater as part of the Public Lab series. In accordance with the space if not the scope of the story, the production was modest and, well, small. The stage design by David Zinn recreated Bechdel's own home office, with her drawing desk clearly the central focus, giving the entire proceedings the feel of a drop-in visit to Bechdel's workplace. The momentum of the show was based on Alison’s decision to write a graphic memoir inspired by her own life. Tesori and Kron structured the musical as a series of vignettes from Bechdel’s experience, all prompted by the objects she unearthed as she rifled through her father’s old boxes.

The smallness of the space allowed an intimacy during all of the solos, but the standout was Sydney Lucas’ “Ring of Keys.” The song, a paean to burgeoning lesbian desire was daring precisely because it was sung with such candor by Lucas, who was barely nine years old at the time. When Lucas performed the song at the Tonys, it was rightly hailed as a groundbreaking moment for LGBT kids at home, but it couldn’t quite replicate the magic of her performance three years prior where her small prepubescent body was matched almost incongruously by the overwhelming near-adult emotion of piece. Her repetitive “I feel”s throughout the song felt viscerally tentative, as if Tesori and Kron’s song were itself trying to find its way around Small Alison’s vexing feelings about that “handsome” woman who drops into her life so suddenly. The stage and its star were small, but you could already see glimmers of the brilliant musical it would become.

A year later, I revisited the show when it premiered at The Public’s Newman theatre. It was quite an upgrade; not only does the Newman hold 200 more seats than the Shiva, but Sam Gold's updated staging opened up the show, working with Zinn to recreate the eponymous “Fun Home” on stage (rather than Alison's office). Thus, from scene to scene you'd see lamps, doors, and furniture appear and disappear, at times overstuffing the stage and oppressing the characters in the same way Bruce’s own personality did. This was another way in which the show had rewritten itself. Perhaps owing to its newest cast member (Tony-winning Michael Cerveris replaced Martin Moran), the role of Bruce seemed to expand, less an ephemeral memory and more the gravitational pull of the show.

While Alison and her office were at the heart of the Public Lab production, with Bechdel’s drawings and sketches projected around her during crucial scenes, Bruce and his house took over at the Newman, the stage itself becoming his domain. The stage design suggested tableaux vivants with every furniture piece evoking more a museum than a house, precisely the point of the family-sung piece “Welcome to Our House on Maple Avenue.”

The effect made the sparingly staged numbers all the more powerful. Thus, when Middle Alison sings “Changing my Major,” it truly felt like it was just her and Joan awash in the island that was her dorm bed, her father’s home having disappeared helped by the turntables that controlled the staging in this bigger production. Alexandra Socha (who was later replaced by Emily Skeggs) all but blew the roof with her rendition. If “Ring of Keys” was the initial song that glimmered with radical brilliance the year before, “Changing My Major” felt like it had finally come into its own, much like Middle Alison does during this scene-stealing solo. The few piano keys that lead to Middle Alison’s “What happened last night?” opening line (especially compared to the bolder strings that accompany the same intro on the Broadway version) exemplify the sparse minimalism of Gold’s production as well as the intricate lyrical beauty of Kron and Tesori’s collaboration.

But with this larger space and clearer focus on Bruce, Beth Malone’s Alison was reduced to an effective anchor, if one whose very weight kept her from soaring as the closing song (“Fly Away”) suggested. Working within a proscenium stage made it so that when the spotlight was on her younger selves, her mother or father, Malone's Alison and her drawing desk receded to the background, more a theatrical device than a fully fleshed character. This was a conscious choice; Gold, Kron and Tesori have been vocal about the difficulties in translating Bechdel’s graphic memoir on stage. While the “Small Fun Home” was clearly centered on Alison-as-cartoonist, “Middle Fun Home” pushed that aside in favor of the dramatic tension at the heart of Bruce’s story, with only one Bechdel cartoon image making an appearance in the entire show: at the end, projected against the back wall, we see one of the panels that opens the graphic novel: young Alison being hoisted up by Bruce’s feet, playing “airplane” the very game Small Alison asks her father play at the start of the musical (“Daddy, hey daddy, okay, I need you”) a line Alison herself will echo before the show ends.

The same choice was kept when the musical moved uptown, but with one distinct difference: the image was projected onto the stage floor itself, having done away with the proscenium stage altogether. It's no surprise Gold decided to fully embrace the theatre in the round staging the show was clearly calling for. Even at Circle in the Square, which seats 776, he was able to achieve an intimacy with the characters that made that first workshop so magical, while further exploding his decision to incorporate the Victorian furniture that so characterizes the Bechdel home and which had been so central to the Newman staging. It also allowed the Fun Home and Alison’s office to become one; not fighting for space as in the Newman, but constantly reshuffling and making room for one another, as if both spaces knew they couldn't exist without the other.

The choice most impacted how Malone's Alison would inhabit the space. While the modesty of the Shiva theatre allowed for convivial reminiscing—she was a storyteller, conjuring up images lifted from Bechdel's own graphic memoir at will—and the expansiveness of the Newman reduced her to a side-character, whose asides felt like she was outside the frame rather than its creator, the Circle in the Square production put her front and center. Malone honed her repartee with her younger counterparts, wittily remarking on their own obliviousness. It made her integral not only as an entry point into the narrative but also as an ongoing commentator on it. What had felt like quiet asides at the Newman came alive at Circle in the Square, with Malone fully immersing herself in the Fun Home, walking around it, making us feel her impatience at seeing her memories play out before her with no chance of changing them.

This bridging of the various timelines and Alisons was further enhanced by the changes to the score. Kron and Tesori worked together to further bring the various different Alisons into conversations with one another.

This bridging of the various timelines and Alisons was further enhanced by the changes to the score. Kron and Tesori worked together to further bring the various different Alisons into conversations with one another. This was most palpably felt in the decision to excise “Al for Short” (a brief showy number by Small Alison which played on her fantasy of picking up a Parisian girl in her mustang convertible) and replace it with “Party Dress.” This newer number tackles the same conundrum—Small Alison’s rejection of the feminine apparel her father so wants her to wear (“You understand you’ll be the only girl there not wearing a dress, right?”)—by threading in the melody of “Helen’s Etude” that eventually bleeds into Middle Alison writing a letter (“Dear Mom and Dad, I’m trying to tell you something”) only to have Alison revisit a diary entry from that same time: “‘Went to a meeting at the Gay Union tonight, I was petrified. A lot of political talk. Almost too much, but ultimately a reasonable amount.’ What does that mean?” What had been yet another solo of one of the Alisons becomes a beautifully layered exploration of lesbian identity filtered through Small Alison’s aversion to femininity, Middle Alison’s hesitancy over coming out, and Alison’s own commentary on her earlier foibles.

That's what makes her “Telephone Wire” moment all the more touching in this latest, most mature iteration of the show. Having created for us the stage as her own headspace makes her insertion in that pivotal moment, when the stage has been cleared of all the clutter, all the more potent; not an intrusion but a futile attempt at re-sketching her past. This is Alison’s Fun Home distilled; a painstaking recreation that, even in the guise of fiction, must still go on as ordained.