A Red Face in the Crowd

This week on HowlRound, we are exploring Native voices on the American stage. I have deemed this week: "Instead of Redface" (#InsteadOfRedface)—as our voices collectively question why redface is more prevalent on the American stage than our own authentic Native voices. I asked Ty Defoe to join our chorus of voices because his incredible artistic talent—including his music and no less his words—challenge the stereotypes that non-Native America has imposed on us. Ty's authentic storytelling reveals that we are more than a "color." We are many colors. We are more than a "gender." We are many genders. We are more than one "story." We are storytellers. —Mary Kathryn Nagle

I often hear: Where are the NDN (a slang word used by Native American/First Nations/Indigenous people as a way to identify themselves) actors and writers? Where are the Trans* and gender queer actors and writers? In doing your equity, diversity, and inclusion work, you will find that there is both a strong pool of Native American/First Nations/NDN people who are theatremakers on Turtle Island, as well as a significant source of Trans* gender/gender variant theatre artists. Hey folks, here I am.

I chose the name Ty. Sky above is my Ojibwe name. Eagle is my clan. I am two-spirit (FTM/ Trans* gender male). I am from Ojibwe Nation and Oneida Nation (People of the Standing Stone). I am two-spirit. I live in New York City. I am a writer. These ways of identifying are only parts of me, but as I move through the world, I find that I can’t take off my identities like a jacket and simply hang them in the closet. They are interwoven, and in creating any theatre that has verisimilitude or humanity, I must lean into the intersection of identities. 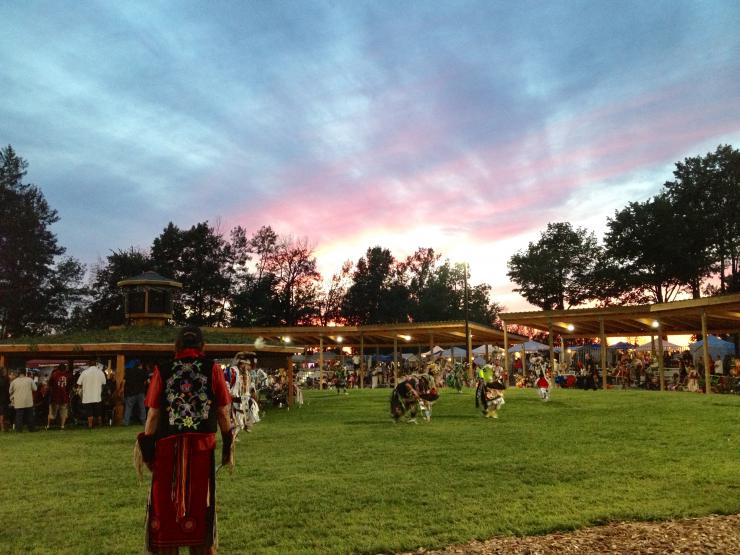 Because I was born into a culture where being humble is the socialized norm, I am still learning to take up space, which may be why it seems challenging to find me or other NDN theatre artists in our outward-oriented contemporary culture. Allow me to be open with all of you here, on HowlRound. I have experienced inequality in life regarding race/ethnicity and gender in the larger world and in the theatre community. These experiences enhanced my belief in the importance of allies for everyone, regardless of race, gender, sexual orientation, class, or ability.

These ways of identifying are only parts of me, but as I move through the world, I find that I can’t take off my identities like a jacket and simply hang them in the closet. They are interwoven, and in creating any theatre that has verisimilitude or humanity, I must lean into the intersection of identities.

In shape-shifting, through the arts and social circles, I aspire to bring those who aren’t usually heard to the table. I raise these questions: How can we all utilize our artistic practice to challenge the formulas of privilege? How can creative artists and decision makers challenge their infrastructure to build a new nation of theatre? 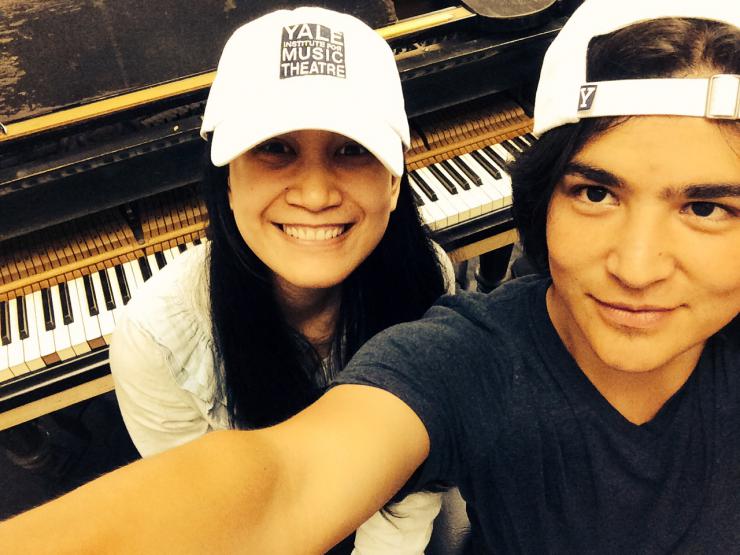 For me, one answer was collaboration with Tidtaya Sinutoke, a composer from Thailand. She shared my desire to see a piece of American musical theatre that included people with intersections of identities and disparate ideas of home. We titled this new American musical Clouds Are Pillows for the Moon. With female empowerment at its core, the musical is a dedication to a new nation of folks who aren’t one ethnicity or race, but a kaleidoscope of layers. It’s about people who leave their country (or in my case the reservation) and change society as they integrate into it. Tidtaya and I saw the musical as not just belonging to us, but as a piece belonging to anyone who identifies and allies with a race, ethnicity, class, ability, sexual orientation, or gender that does not hold privilege or power.

Two outsiders—seventeen-year-old Ella, from the Ojibwe reservation in Wisconsin, and P., an exchange student from Thailand—embark on a rite of passage road trip that leaves their childhoods behind forever. The teenage girls discover similarities, like their shared love for nachos and female super heroes, and celebrate their differences, like their tastes in music. The musical highlights Thai and Ojibwe languages, cultural songs, and rituals.

It also reflects how each of the girls must find her own way of surviving and thriving in the duality of opposing worlds. There are scenes regarding gender and its role in our society, as well as the many ways we can choose or not choose community. Ella disguises herself as a male grass dancer to win needed money, defying her traditional ways, and establishes herself as a leader of her tribe. 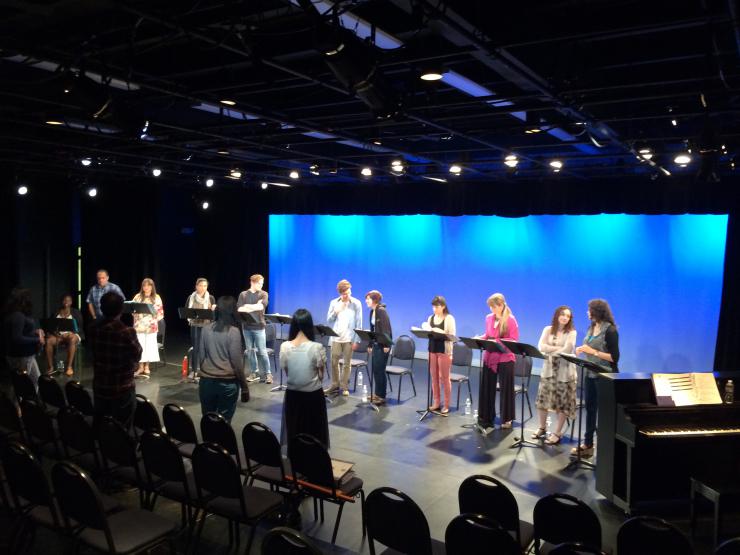 While collaborating with Tidtaya, we often discussed the irony and archaic nature of words like “immigrant” and “American.” We know these words differently because of our lived experience of them. Clouds are Pillows for the Moon is a musical that reflects our lived experiences of today and tomorrow. We wrote Clouds are Pillows for the Moon as a reaction to what we have not seen in musical theatre. It is our story, and it’s an American one. I want to honor the past of my ancestors and pave roads for future generations who are coming to the theatre and will have a multitude of racial and gender identities. I want them to see and hear themselves on the American stage.

In my Trans* /two-spirit communities, we can use theatremaking tools to express, to heal, to celebrate, and to tell our stories on stages. There is a teaching I received when I was given a sacred hoop dance. It was that we are all connected in this great circle of life. The symbol of the hoop is important because it unifies all living things. In a circle there are no corners in which to hide, and in this circle unifying all living things, we must stand next to and across from each other as equals. Healing, celebrating, telling together, though our stories differ. A new nation of theatre. 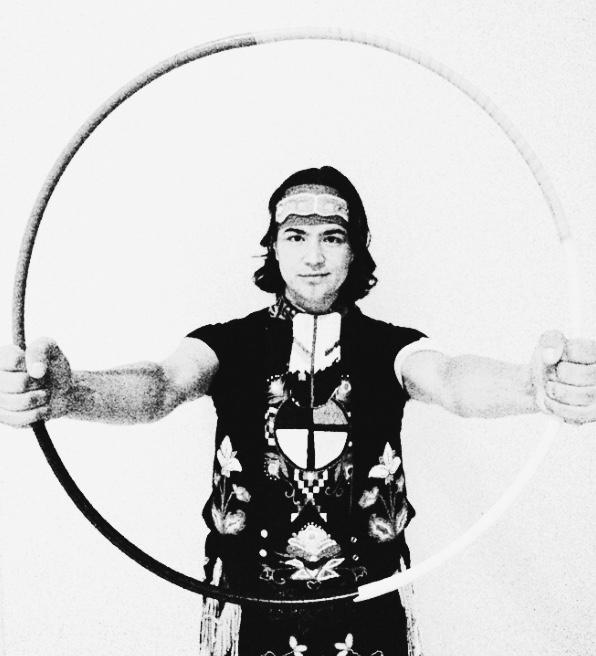 tinikee, for posting this. it means a lot to me and people like you and me. im still trying to discover who I am.

Wonderful! Thank you so much for taking a lead in breaking down barriers!! I was at the UW Greenbay Pow Wow this weekend and wish my family and I had gotten a chance to meet you. Maybe next time? <3