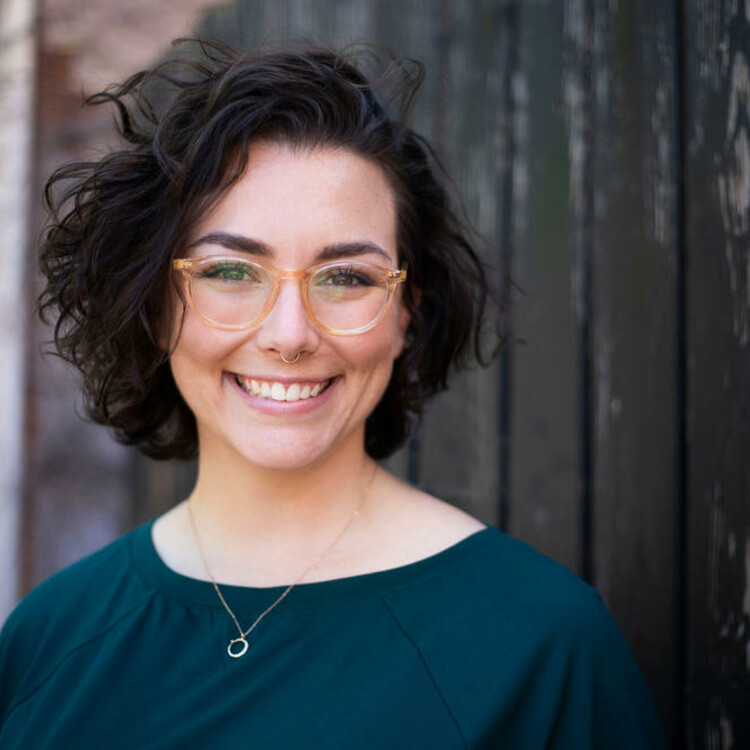 Queer theatre in a state that might evict you

This summer, all around the country, high schoolers and college students will stage productions of tried-and-true musicals and plays. This is the first of four posts about a production of Rent, significant because of the implications of politics and place in Fargo, North Dakota. The series will focus on the impact and importance of queer theatre in a red state.

Molly Lucas was super cool because she knew all the words to "Over the Moon." Molly was cool to begin with, but this was something beyond showing me Empire Records and being a sailing champion. This felt a little dangerous. Granted, we were in middle school in suburban New Jersey, so most things felt a little dangerous. But in a town where we keep our voices down so the neighbors don't hear, Rent was on the table and up for discussion. It was the first time I was exposed to ideas about HIV, queerness, sex workers, how artists might live, or drag. My mom took me to see it on Broadway.

Over the years, having been always impressed by it, but never a true RENTkid, I came to dislike the musical, in the way that teenagers are extraordinary at being disenchanted. Maybe it was because it was in everyone's rep books. The show was everywhere; the posters were on every wall. It was impossible to talk about being in theatre without talking about Rent. It felt less dangerous and became annoying. The importance of the issues that the show brings to the table was lost on me as I moved into weirder and more "cutting-edge" performance modes. I forgot about Molly and the pseudo-rap thing (she never called it that and I promise that I know what rap is now) that had enchanted me as a middle schooler.

I made it through performing arts high school, college, and grad school without having ever done a production of Rent; somehow bypassing that coming-of-theatre-age moment. Until now. Now I find myself, inner teenager groaning, poised to spend a month of my summer dancing on a cafe table and pounding on a bucket in Fargo, North Dakota with high school and college students. And for the first time since Molly showed me Rent, I'm excited about it.

I am a maker of new work (devised theatre, performance arty stuff, etc.) and I am often the first one at the table to advocate discarding something known for something new. But I care deeply about the community in Fargo, and this community needs Rent. I find myself sharing my summer plans, as academics are wont to do, and explaining myself (mostly, I think, for myself) for spending a chunk of my summer doing a play that has been so, well, done. And I'm excited to do it. I am so fascinated by the bizarreness of the whole ordeal that I am compelled to write about it.

While chronicling a production of Rent performed by college and high school students over the summer is a deadly boring idea on the surface, the complicated politics of queerness, identity, conservatism, and hard-core Midwestern politeness make for a much more interesting story. I am the choreographer on the project (where several of my students from North Dakota State University have been cast) and I want to write a series on why it still matters to do what might be considered an outdated, albeit popular, theatre piece in a state where progress gives some people hives.

I made it through performing arts high school, college, and grad school without having ever done a production of Rent; somehow bypassing that coming-of-theatre-age moment. Until now. Now I find myself, inner teenager groaning, poised to spend a month of my summer dancing on a cafe table and pounding on a bucket in Fargo, North Dakota with high school and college students.

I moved to Fargo, North Dakota almost a year ago. I've never lived in this part of the country and I have been continually surprised by the deeply ingrained conservatism and distrust of outsiders. That is not to say there aren't amazing, forward-thinking people here. There are. There are many and they are a powerful collective fighting with all of their might to shout love, acceptance, and compassion over the din.

This is a state that recently voted against adding LGBTQ people to a list of protected classes. You can be fired for being gay here. Or evicted. It happens all the time. People get married on the bridge between Fargo and Moorhead, Minnesota. Queer kids here, many of whom grow up without ever knowingly knowing a queer person, feel incredibly isolated and, because of the legality of discriminatory practices here, have a brave few people to look up to. Most of them seem to look outward, looking to move as far away as fast as possible. Others stay close while seeking acceptance and move across the river to Minnesota.

So here we are doing Rent, a show that has become an almost cliché choice for many summer theatre programs in other parts of the country, but still has so much work to do here. And we are going to do it.

Through this series I will continue to give context for the goings-on, but this will be largely about the young men and women (some of whom snuck out of their houses to audition) and their encounters with the material, the community, and probably, in a very Lifetime-y kinda way, themselves.

On the night of callbacks, the director, Adam Pankow, a high school teacher in the district that hosts this summer program, looked on as the young men that would become Tom and Angel sang together. He sat back in his chair and said, “I'm so happy this is happening in my theatre.” And getting to know this place, despite all my teenage angst about this musical, so was I.

Chelsea, I am interested to read about responses from the community and the conversations sparked.

I am so excited for people to engage with this work. I think this is a really exciting opportunity here!

I'm from Minot, ND, originally, and spent 2 years in Grand Forks early in my academic career earning my MA in Theatre. Although I haven't lived in ND for 20 years, your description of a deeply conservative culture is very familiar, despite there being a whole lot of wonderful people throughout the state--both conservative and progressive. It does seem a bit shocking that RENT is a "big deal" there after all this time, but I've no doubt it is. This is important work you're doing and I hope it opens new doors for LGBTQ people--young and old--in Fargo and beyond. I look forward to hearing more.

Thanks so much for your support, Becky!

It is so important that you not only do queer theater in Fargo, but that you chronicle your doing of it, so that others can follow in your footsteps. Bravo!

I really appreciate the support. This is a really amazing community and I am happy to help in any way I can.

Very excited to read this series; I wrote a thesis on the "trickle-down" effect of diversity on Broadway and in the commercial sector of American theater and how the visibility they provide and subsequently the benefit they reap impacts our society over and over again. It's a fascinating phenomenon that I think a lot of us take for granted.

Thanks so much for your thoughts. I'd love to read your thesis. Representation matters.