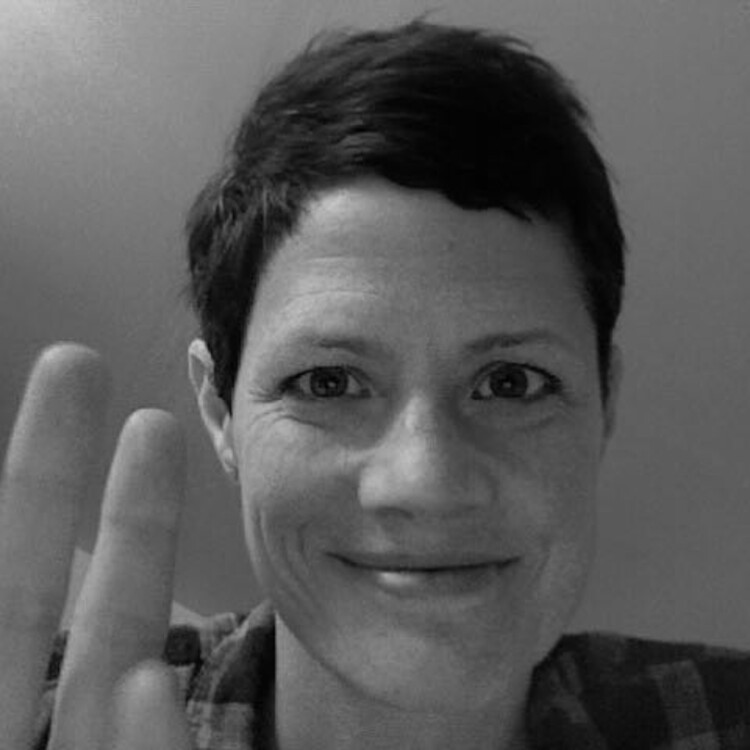 Kendra
Fanconi
Theatre in the Age of Climate Change

How Do We Comprehend the Effects of Climate Change?

This is already the fourth year and the eighth installment of the Theatre in the Age of Climate Change series. I wish this milestone was cause for celebration—the work being done at this intersection is certainly deserving of praise—but the truth is, every step forward towards a more just and sustainable world is met with our world leaders pulling us several steps back. So short of celebrating, let’s at least acknowledge the fearless and dedicated artists who are leading the way in this all too real existential battle. Among them, Canadian theatremaker Kendra Fanconi, of The Only Animal, tells us about her latest interspecies production. —Chantal Bilodeau

Like you, I read thousands of words in a day, online, in books, on my social media feeds. I’m both a writer and a devourer of words: does that make me a cannibal? I love words, can’t get enough–

Yet, I can’t get through this sentence. You try.

Wild animal populations dropped by 58 percent between 1970 and 2012, and we will likely lose two-thirds of all species by 2020 if nothing is done to prevent the decline.

Wild animal populations dropped by 58 percent between 1970 and 2012, and we will likely lose two-thirds of all species by 2020 if nothing is done to prevent the decline.

Here it is in shorter form. Less numbers, fractions, timelines.

We face a global mass extinction of wildlife.

Maybe I can face it in the theatre.

If we are to share this great blue-green earth with animals, this is the time…we must listen.

In the theatre we have Time and Space and Each Other. And, by God, we are gonna need all three if we are going to get through that.

“We ignore the decline of other species at our peril—for they are the barometer that reveals our impact on the world that sustains us,” says Mike Barrett in a recent report from World Wildlife Federation. Be assured that local rates are on par with the global ones. Given the current rate of biodiversity loss, we are facing a future with no assurance of our local ecosystem’s stability to support us.

I gotta sit down for a minute. There. Come sit with me. Come close. There you are. We are at the theatre together. What are we seeing tonight?

Slime is a play by Bryony Lavery about the impact of climate change on the animals that make the ocean their home. You join one hundred animals, seven young translators, scientists and suits, and step with them just slightly in the future at a fictional conference on marine extinction. Seated amongst the conference delegates, you might hear an otter swimming down an aisle, a dolphin whistling at your elbow, or a seabird over your shoulder: animals too have something to say. Join the animals to face an insatiable creature, Slime, which, like facebookslime or googleslime, is taking over. Ask yourself, “who is coming to save us?”

It’s a play, so we can take that question.

Slime features scenes, many scenes, of animals speaking in their own languages, which their young translators understand. Our Slime actors became conversant in many languages—polar bear, seal, cormorant, sea lion, dolphin, and a small frog called Atelopus Bomolochus, among them. We hired an animal language librarian to translate the roles written in animal into their languages, and the actors worked and worked and worked to learn them.

We must learn them. If we are to share this great blue-green earth with animals, this is the time…we must listen. And we must understand what to do next.

We previewed the show in June 2018 in Banff, Canada to Alberta audiences. At the Calgary airport, behind the check-in desk I saw a sticker stuck to the drawer that said “I [heart] Oil and Gas.”

The Alberta audiences treated the play as fiction, set in the future, in a world other than their own. There is no ocean that touches Alberta. There is no Albertan polar bear.

On our way to Vancouver to open the show to our home crowd, news hit that the Kinder Morgan pipeline had been pushed through by our liberal Prime Minister. You know the one who created a cabinet position, Minister of Environment and Climate Change, and appointed a capable woman, Catherine McKenna, to that position? If that sentence gives you cognitive dissonance, steel yourself for the next one. Kinder Morgan Pipeline (which is still in play) not only supports the tar sands of Alberta, the most energy inefficient way to extract oil from land, but it also turns the British Columbia coastline in Canada into an oil export central, and along the way it decimates marine environments. Especially orca.

You know those guys, right?

You know Tahlequah, from the endangered Southern Resident pod, who gave birth to the first live orca calf in three years? The baby orca died and the orca mother wouldn’t let go of that calf for seventeen days. That activist orca, yeah, her. Well the tanker noise that will result from the Kinder Morgan pipeline spells death for that orca pod, even before the oil inevitably spills…

Phew, that is a whole unreadable paragraph, we are getting behind.

With this Pipeline prologue, we opened Slime in Vancouver. For Vancouver it wasn’t fiction, and it wasn’t future. It was raw and real. When the show was over we saw audiences touch each other, an arm around the shoulder, a hand clutching a knee, a hug.

Slime isn’t long. Maybe eighty-eight minutes. But it makes time for the absurdity (come into the smoking area and let the polar bear bum a ciggy, the absurdity is right there). It makes time for the grief (hear the testimony of the bump-headed parrot fish, it’s there). Or be silent and upstanding for creatures who have ceased to exist this year (hear the last words from the O’o bird, it’s there). Stay with it. You can’t click away. It makes time for seven young animal translators, the future leaders, who listen in a new way, as one animal among many…

In eighty-eight minutes of potent theatre, I think we get that one sentence about wild creatures. It has time to land in our hearts, which is where that creature lives that is wild and free in each of us. That we hold dear. That we claim as our own.

Theatre does that. And we do theatre. I do. With a brave team of artists. With a fierce playwright giving us words. One sentence at a time.