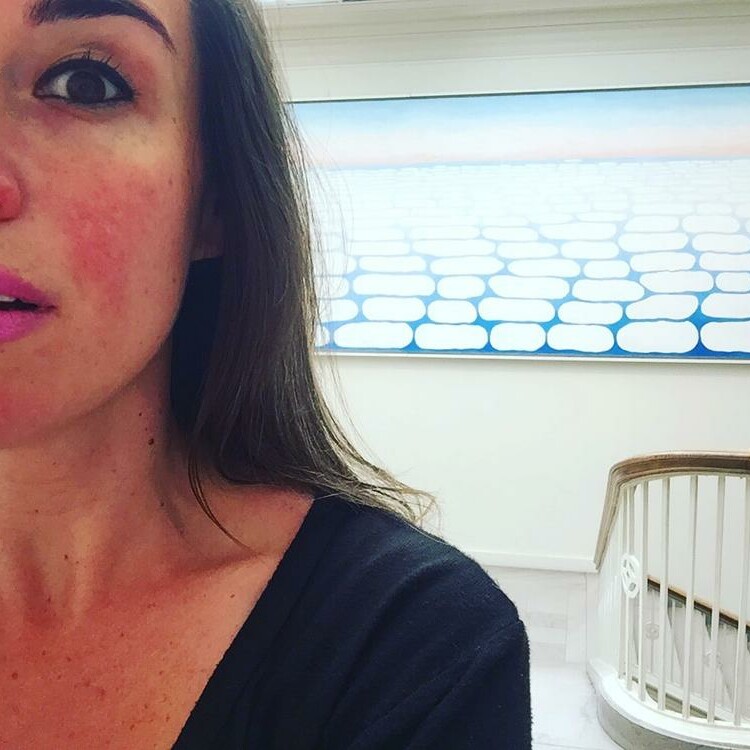 Red Planet Respite, a play written by Katherine Harroff in collaboration with Arizona State University’s School of Theatre, School of Earth and Space Exploration and the Mars Space Flight Facility, follows the first luxury space vacation to Mars in 2044. If you thought society in 2014 didn’t care about science now, wait thirty years. Passengers aboard the ship get frustrated with any training they must endure for a trip to outer space and complain when the ship’s bar only serves wine spritzers. Before takeoff, a computer designed to gather only information most interesting to the general public conducts interviews with the travelers. When science is mentioned, the computer reroutes the interview to the more tabloid-esque—like what it will be like for the couple aboard to have space sex.

It’s no surprise that in the world of the play the lack of actual science education eventually bites the travelers in the galactic butt. At the end of the first act contact is lost with Earth due to what appears to be a catastrophic natural disaster. As the Mars program was not created to actually sustain life on another planet, the travelers’ situation looks dire. The play, at it’s core, is a morality tale. Beware a future culture that values sensationalism over education. Our lives might depend on it.

This grim fictional future possibility is actually based in weeks of research. San Diego theater company Circle Circle dot dot members Katherine Harroff (an Arizona State alum) and Soroya Rowley migrated to ASU last winter to interview scientists from the School of Earth and Space Exploration. This form of collaboration is not surprising given the company’s self-description, “We take stories that are informative and insane, as well as thought-provoking and delusional, in order to bridge gaps in communication and understanding of our fellow man.” Haroff and Soroya, along with a small cast of ASU theater students, paid close attention to interviews with about thirty scientists and developed narratives and characters that represented the astrophysicists’ views. After stargazing field trips, devising exercises, and ensemble discussions, Haroff wrote Red Planet Respite, which was then produced on ASU’s main stage.

I asked Harroff about her purpose in creating the piece. “Inevitably what became my purpose was to share the present concerns in the future of space travel,” said Harroff. “This was the overwhelming connection between all of the scientists we had the chance to interview—that our society’s lack of interest in space exploration may inevitably result in our demise. This powerful message came directly from the source, and that’s what community-based devised work needs to listen to: the message of those the work is inspired by.”

I admired Haroff’s eagerness to share an important message. But I couldn’t help questioning the method in which I was learning this lesson. I was considering a future society so obsessed with being entertained that they were basically incapable of actually learning. But how was I learning about the need for more space education? I was watching a piece of entertainment. Was I the very problem Red Planet was trying to warn me about? Was the play utilizing the very system it was rallying against?

I left the theater with questions about numbers, facts, science regarding the likelihood of worldwide catastrophe, the actual possibility of settling on Mars, and about what’s being done in the field today. I went out with a few friends who had seen the show, and we discussed space exploration and our remaining questions. As I thought about the play’s argument that people don’t learn enough because they want to be entertained, I wondered how much more I could have gotten from a lecture about space. I realized I would never have attended a two-hour lecture about Mars. Until now at least. Since my interest has been piqued.

As I thought about the play’s argument that people don’t learn enough because they want to be entertained, I wondered how much more I could have gotten from a lecture about space.

The director implores in the playbill, “If Red Planet Respite inspires you to investigate what’s happening outside of your major, or your comfort zones, it will be a success.” By that standard the play was successful for me. I spent two hours considering the pros and cons of funding space exploration. I am now more likely to hunt for actual knowledge about space than I was before seeing the production. Perhaps it is juvenile I needed a story to inspire me to care about the scientific world, or perhaps I am just human.

The problem with sensationalism in news isn’t a problem with sensationalism; it’s a problem with news. Humans have been using the structure of the story to share ideas, concepts, and even facts since we were cavemen. Of course we are going to be drawn to sensationalism. It’s in our DNA. However, there must be a place for legitimate news and education beyond entertainment. Red Planet Respite inspired me to learn more. Luckily I can learn more from news sources that haven’t yet dissolved to piles of clickbait. I can attend a lecture on space exploration without having to hear gossip about personal lives of astronauts.

I asked the playwright Katherine Harroff about the potential incongruity of warning against sensationalism over education within the entertaining frame of a play. “I wanted to write a piece that commented on the fact that we care far more about ridiculous ‘popular’ culture and do not value science or education at all in comparison, but I believe science and education can be entertaining as well—which is why I wrote a play about it.”

American culture seems to pushback against the importance of art (especially theater) each year. Yet, each year “legitimate” parts of our culture (like news and education) seem to further seep into entertainment. I don’t believe there is anything wrong with adding entertainment to facts. A spoonful of narrative helps the morals, the message, the necessary education go down. What Red Planet Respite seems to remind us is there’s a time for entertainment, and you are part of it, in these seats. When you’re in a space shuttle, it might just be time to learn.

Red Planet Respite is still being developed. Harroff is currently working on rewrites and she told me there would be 3-4 different versions of the piece. The next iteration of the play will go up at La Jolla Playhouse in September.