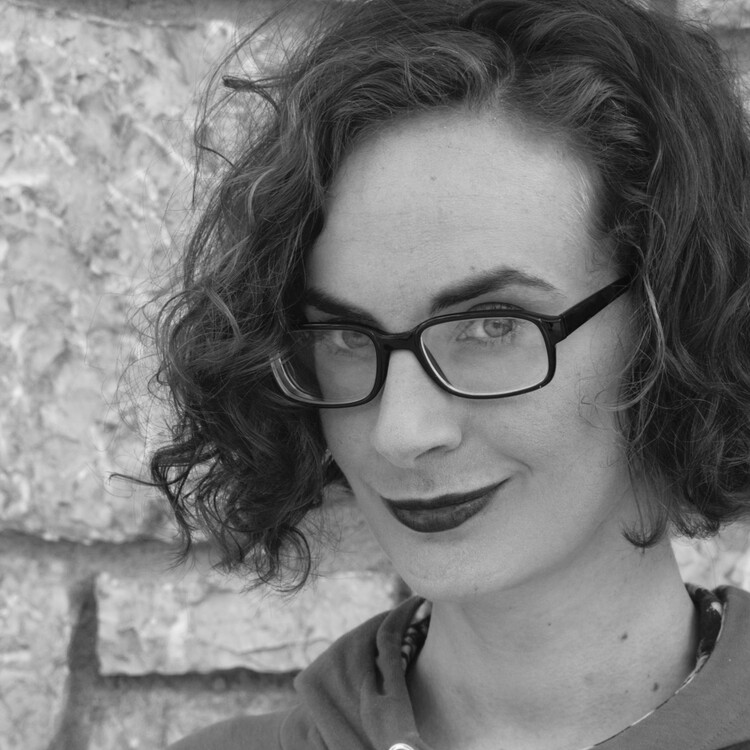 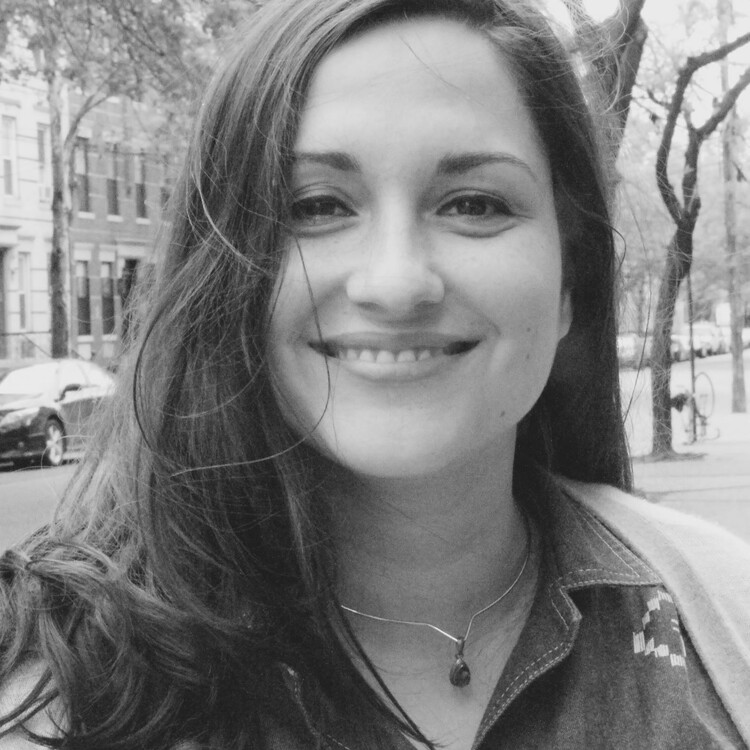 Questioning How We Tell Mainstream History with Men On Boats

Jaclyn Backhaus' Men On Boats delves into the dynamics of ten explorers on the first expedition (of white men) down the Colorado River to a “big” canyon. Raised in Arizona, Backhaus had heard about the journey during her childhood and wanted to adapt it for the stage. In the process she realized that she was interested in the story in part because she felt that she would never play the part of a nineteenth-century explorer—and that writing it was her way of vicariously living their adventure.

This inspired her to include a casting note: “The characters in Men On Boats were historically cisgender white males. The cast should be made up entirely of people who are not. I'm talking about racially diverse actors who are female-identifying, trans-identifying, gender-fluid, and/or non-gender-conforming.” And this note determined the casting from the initial reading through to the 2016 remount from Playwrights Horizons and Clubbed Thumb, who also originally produced the play as part of their Summerworks program in 2015. The remount was a continuation of the work from a creative team (Will Davis, Arnulfo Maldonado, Àsta Bennie Hostetter, Solomon Weisbard, Jane Shaw) that had been on board—pardon the expression—in some cases for nearly a year and a half, and created a seamless visual experience of the grand Wild West to fit inside a Midtown Manhattan theatre.

In contrast to Hamilton, which also premiered in 2015 and whose gender politics were analyzed by James McMaster earlier this year, Men On Boats' cast departs from the historical record not only with regard to race but also gender. Despite this strong casting choice, aspects of sex or gender didn't dominate the experience for me. After the first ten minutes I forgot about the gender of the characters and focused more on the ups and downs of the story itself, which seemed mostly unaffected by the sex of the bodies on stage.

At the same time, the fact that the performers were women did have an effect on the theatrical experience overall because it served as a reminder that theatre tells a story, it doesn't re-enact it. To delve more into the process of creating this work about a male-dominated history to be played by non-men, I sat down with Backhaus in a Bushwick cafe to discuss which histories we tell, theatre as a gateway drug, and women in comedic roles.

She was interested in the story in part because she felt that she would never play the part of a nineteenth-century explorer—and that writing it was her way of vicariously living their adventure.

Summer Banks: What aspects of the play changed when you started working with the gender-fluid cast?
Jaclyn Backhaus: The point of view shifted a little bit. The journals were very much Powell's point of view, and with the cast that we had there was a need to zoom out. The nuance of the casting lent itself better to some things than others. But I wonder if it would have ended up as different play if we had done it more traditionally from the outset.

Summer: The non-traditional approach was a dominant aspect of the experience for me. It was such a refreshing contrast to an obsession with historical accuracy.
Jaclyn: If we were forced to keep to that sort of accuracy in the main stream of history, we would really only be learning the stories of a select few individuals. It would just limit our scope entirely. One thing that I hope that this show is able to do for people is make them wonder about that, just by virtue of who was cast in it. Because this story does still fall into white male history, I hope that it serves as a gateway for people to start wondering what else is there to learn. I want my show to be the gateway drug, or one of the gateway drugs, to get people interested in telling the stories of people that we don't get to hear from.

Summer: There's one scene in Men On Boats where those stories almost break through, when some of the explorers visit the Native American tribe of the Utes...
Jaclyn: That scene was incredible to me when I read Powell’s journals because it illuminated two things for me. A. How incredibly self-perpetuating this journey is. They could have stopped at any time. And B, even in reading Powell's very thickly veiled perspective on how this meeting went, you get the sense that the Utes just thought they were all idiots. This whole nation is founded on the displacement of peoples and at that point the Utes were really feeling displaced and then these starving guys come along saying “Oh, do you have any food?” So they were able to pop out of their mission and have a little video-game checkpoint with these people who are just giving them sheer judge face, hating them while being hospitable. For me it illuminated the entire problem with a history like this. We worked on that scene for a long time. There were always new insights to be had.

Summer: I felt the atmosphere in the theatre change during that scene. It seemed like its tone had been very carefully tuned.
Jaclyn: Our costume designer Àsta Bennie Hostetter pointed out that you always have to be questioning the intention with writing a scene like that, and casting and performing it. You have to continually treat it with attention, you can't let it lie there, because you'll miss a mark or veer off path and then it becomes inappropriate.

Summer: So how did you deal with the problem with writing a history like this as a whole?
Jaclyn: The main problem for me is that by rewarding this story with an adaptation or a retelling, you are rewarding the people who populated it and who committed to this mission. Ultimately you are rewarding the no-holds barred manifest destiny that this country was founded on and that resulted in a lot of harm and distress for a lot of people. At the same time, I fell in love with a lot of these characters’ hearts while I was writing them. They're very rag-tag and idiosyncratic, and there’s a lot of glory and a lot of joy. I guess the problem for me was still finding the glory very glorious, when there's this other side to it. In theory it can read as a kind of joy ride. It's a summer blockbuster—we're going down the river, we're all drinking—but there's this other side as well.

Summer: Part of the joy of the ride is the juxtaposition between the twenty-first century and nineteenth century language that you use. I assumed you included some passages from the source material.
Jaclyn: Powell was kind of a wanna-be poet, so he would really go there and hit some really heightened things, especially when he was describing the land. It was too great to leave behind. The moments where I decided to use some journaling were times when he was getting everyone on his side, he was just really amped up on his own ideas. He gets himself there, he does it and then he lets it go and goes back to saying more twenty-first century things.

Summer: One of the twenty-first century issues this production touches on is the perennial question of women in comedy, because the show is very funny, and without any men on stage.
Jaclyn: It was hilarious to me that in this production there were things I didn't intend to be jokes—that I was just writing as part of a dialogue—and these women turned them into jokes. They made people cackle with laughter, old subscribers were cackling with laughter at something I didn't intend to be a joke. That is a testament to women being funny.

Summer: This production seems to be the rare example of a feminist work without any female characters. Would you call it a feminist play?
Jaclyn: I like to believe it is, for the freedoms that it allows a female actor to harness. But at the same time, as per the casting note, it could take up a lot of different mantels as to who it is for and speaks to. I would like it to be identified as one, if only to piss off the six or seven old white men who walked out during the first half in this past run: “Hey, yeah you're welcome! Feminist play over here. Sorry we didn't meet your requirements! No men, no boats really...” For them alone I think that it is.

I saw the first preview performance Friday and was blown away by it!

Very interesting article and interview. I'm now looking forward to the upcoming (January) production of "Men in Boats" (at American Theater Company here in Chicago) even more than I was before!

Thanks! Looking forward to finding out how they stage it as well...

I saw the first preview performance Friday and was blown away by it! I learned so much, laughed so much, and in the final half-hour I had several moments of tremendous emotion (as when Dunn and two others leave) and almost epiphanic [if that's a word] aesthetics (such as when the expedition is first swallowed-up by the high canyon walls containing colors few humans have ever seen, or later when they experience and cherish sunshine as never before).

If you're reading this Jaclyn, I'm not sure how I missed you after the show. But I sure enjoyed watching the pre-show discussion with you and Will and the others. (I was the one who mentioned how the opening of the original 1968 "Planet of the Apes" was filmed in Lake Powell, and wondered if even in a larger sense the first half-hour was inspired by the Powell expedition, which I had never heard of before. [I can't believe this story isn't taught in schools, and am so glad that Jaclyn and everyone else involved has brought it to my attention, and in such a profound way.)

Are you in dialogue with any Ute people about the story?

Unfortunately I'm not. I hadn't anticipated it being such a pivotal moment for my experience of the play and therefore wasn't equipped with the research necessary to steer the interview in that direction. The development of the treatment of that scene will be interesting to follow, however, in further productions of the play, and would be an excellent subject for a related article about staging such encounters. P.S. Thanks for this article http://howlround.com/the-cu.... I had no idea about your work, and am looking forward to finding out more!