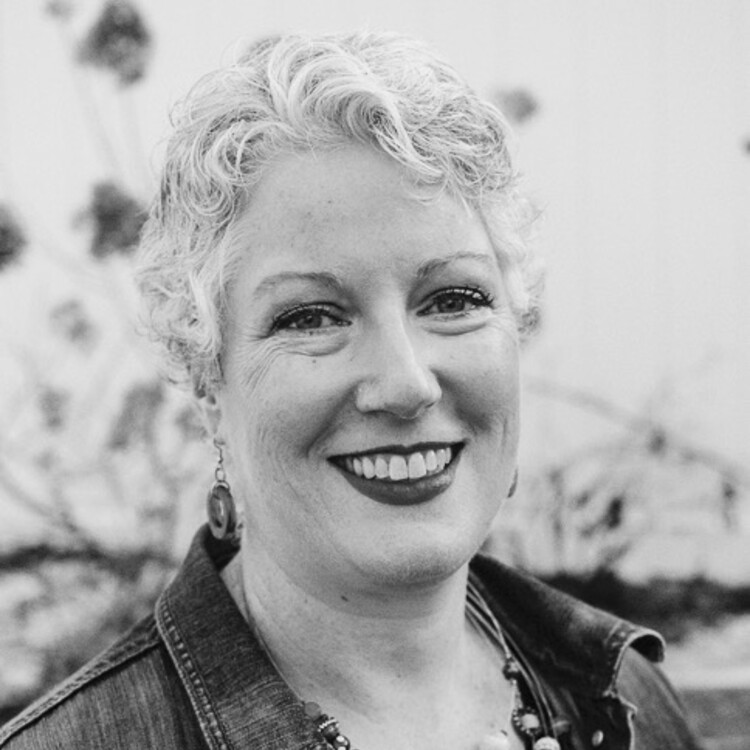 Last spring, when I was part of a meeting with some extraordinary people all working on the issue of gender equity in theatre, we talked about the next steps we would each be taking. I talked about hitting send on a report that StageSource’s Gender Parity Task Force had been working on. That was, indeed, my next step. But the next steps down our path toward gender parity are much more complicated than hitting send.

We must all, regardless of our role in theatre, be part of this changing landscape and recognize that unequal can no longer be the status quo in this art form.

The Action
The Gender Parity Task Force came out of a Town Hall meeting that Ilana Brownstein and I held in April 2014. Our town hall was livestreamed on HowlRoundTV, and a conversation on Twitter at #ParityBos. Despite the fact that it was a cold, rainy Saturday morning, Boston Playwrights’ Theatre was packed. Discussion was open, compelling, and electric. The next step was a call for an organizing meeting of a task force. The Gender Parity Task Force quickly formed five subcommittees: Data Gathering, Universities, Audience Engagement, Strategy, and a group looking at Festivals. StageSource is not a producing organization, but there was enough interest in this topic that a group formed.

StageSource is a thirty-year-old service organization for the New England Theatre Community. We have both organizational and individual members, and act as a community connector on many fronts. We also have the New England New Play Alliance, a Space Task Force that is coalescing around the space challenges in Boston, and an ASL/Inclusion Initiative that is rolling out in 2016. StageSource has a staff of two, a strong board, and an engaged community. There about thirty people working on different committees in the Gender Parity Task Force alone.

Do we all agree? Absolutely not. The Strategy Committee meets regularly, and wrestles often, with what the best tactics are for reaching gender equity in theatre. What is the ultimate goal? How do we measure our success? What are the core values of the group? What is the best approach to creating change? What is the appetite for that change? How can we affect that best—through artists, organizational leadership, audiences, the press, or a combination of all?

The report we published (Spotlight on Gender Parity in the New England Theatre Community 2013-2014 Season) looked at numbers from different sized organizations, and collected information on actors, directors, designers, playwrights, stage managers, dramaturgs, artistic directors, and managing directors. We also included the gender data that the New England New Play Alliance had collected, and added it as an addendum to our report. At our June conference, Sara Brookner did a ten minute presentation on the findings. As a result of that presentation, and the breakout group at the conference, the “festival” committee became a Networking/Artist Promotion committee, focused on highlighting the work of women artists in all disciplines.

Soon after forming, the Audience Engagement subcommittee kicked off an initiative to celebrate the productions and companies exhibiting gender parity with two initiatives: the Standing O and Parity Parities. StageSource publishes a calendar three times a year, and we put listings on myStagePage.com. We have flags to celebrate new work, local playwrights, and the Standing O. A Standing O is awarded to a production that meets three out of five criteria: female playwright, female director, majority female cast, female design team, female oriented story. Those submitting their productions apply for a Standing O, and the Audience Engagement Committee awards them. A Parity Party is either a pre- or post-show discussion or meet and greet, or a party or bar night. We’ve been trying to do them once a month.

These initiatives are working, and working well. Companies are using the Standing O for marketing. We can’t keep up with the Parity Party requests. More than that, I know of one artistic director who has used these criteria, and our discussions around gender parity, to affect real change in his company. He explained, at a recent talk back, how he now uses a spreadsheet to help him track roles for women and people of color so that he can try and balance his season more effectively.

The Data
Let me take a moment to address the issue of data collection and methodology. Data was collected from organizations by a group of volunteers. For each role on each production, we asked for the name of the person, how they identified (female, male, non-binary, unknown), and whether that person was a person of color (yes, no, unknown). We acknowledge we are missing huge chunks of information with this broad sweep, but we felt that not attempting to address race in this conversation was a wasted opportunity. While gender parity is an issue unto itself, there are other equity issues that are part of a larger conversation. Intersectionality must be considered and addressed.

Though it’s not perfect, I stand by this report, and the work of the Gender Parity Task Force because I believe it is the best way to dismantle the systemic inequity that is pervasive in the American theatre. Lack of women is not a pipeline issue. Yet the numbers are appalling. So what’s going on? In 2015, surely we can move beyond the expectations of the “norm” (white/male/heteronormative/Christian/educated/wealthy) and understand that women aren’t the “other,” they are equal. That going to theatre is experiencing immersive narratives. That audiences are capable of processing “new” and “different.” That there isn’t the “other;” there is the universal, in all its complexities and simplicity.

Moving Forward
2015 has been a turbulent year. I don’t think that we are going back to the ways things were—I believe we are all part of a larger movement that is driving us towards equity. It is messy, difficulty, scary, and necessary to wrestle with what that means for theatre in this new century. But as theatremakers, we can do this. We must do this.

We must all, regardless of our role in theatre, be part of this changing landscape and recognize that unequal can no longer be the status quo in this art form. We are, or should be, better than that. In some cases our role is as ally, which is also vitally important to the movement. Notice I say movement, singular. Inequity means different things to different people, but the systems that support inequity are the same. In theatre, gender parity is fixable. As a relentless optimist, I believe that questioning this, and working towards equity, will create room for change for all artists.

The approach of the Gender Parity Task Force is to celebrate, support, and reinforce the people doing the work, helping them while also spreading the word to audiences who might not know about it otherwise. A parity party, a calendar designation, reports, meetings, task forces, conferences, studies, or blog posts alone won’t create change. But combined? At the very least, they question the status quo. They demand attention be paid. They build a case for change.

Stage Source is doing so much to promote equity in theater!

Stage Source is doing so much to promote equity in theater! Thank you for sharing the details about the Standing O flag and the other activities happening in your region. Very inspiring!

I'm so inspired by what you and the Gender Parity Task Force have done to make changes in your region!!