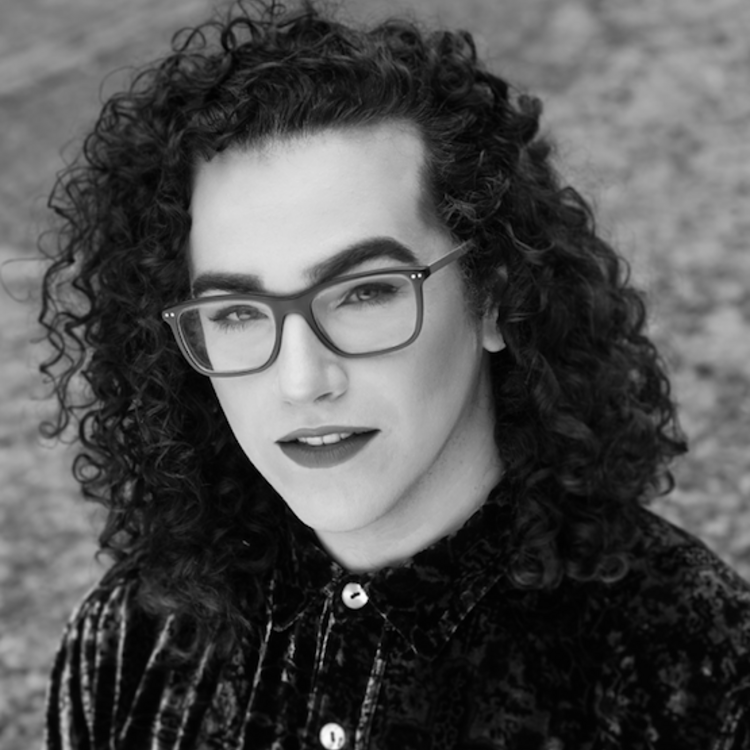 Transgender people are sort of having a moment right now. Many of us are finally feeling confident enough to assert ourselves in public spaces. Our representation has never been better in TV and film. (I’m not saying it’s good, but it’s never been better.) And I’ve noticed a small but mighty community of transgender and non-binary theatremakers grow over the past year, both online and especially in my home community of Boston, Massachusetts.

While working on a production of Men on Boats by Jaclyn Backhaus at SpeakEasy Stage Company in 2017, I moderated a panel for the Boston Center for the Arts on gender diversity alongside some non-binary and transgender members of the cast. And in the following weeks I became involved with Gender Explosion, an initiative by StageSource, to raise awareness about gender diversity in the theatre community in the city. While working on these projects, I discovered I had built an informal network of trans people who were trying to change the way they were able to navigate the theatre world.

Men On Boats is a special show. Not only is it a rare action-adventure play, it’s known for a fantastic casting conceit. The play concerns John Wesley Powell and his 1869 expedition that explored the Grand Canyon for the United States government. Per the casting note at the beginning of the script, “The characters in Men On Boats were historically cisgender white males. The cast should be made up entirely of people who are not. I’m talking about racially diverse actors who are female-identifying, trans-identifying, gender-fluid, and/or non-gender-conforming.” Since the premier production at Playwrights Horizons and Clubbed Thumb, companies across the country have jumped at the chance to produce it. In addition to the Boston production at SpeakEasy, the play has also been produced in Chicago, San Diego, Houston, Fort Worth, and Kansas City.

Isn’t the point of this play-as-social-experiment to allow historically excluded people to tell the story?

As we’ve seen, the script explicitly includes “trans-identifying, gender-fluid, and/or non-gender-conforming” actors. But I recently heard of a production that chose to cast only cis women. And while the inclusion of the word “or” in the note allows some leeway, isn’t the point of this play-as-social-experiment to allow historically excluded people to tell the story? As Backhaus said in a 2016 interview in HowlRound, “If we were forced to keep to that sort of accuracy in the main stream of history, we would really only be learning the stories of a select few individuals. It would just limit our scope entirely. One thing that I hope that this show is able to do for people is make them wonder about that, just by virtue of who was cast in it.” A production that only uses cisgender women is just another instance in a long line of erasing people who don’t fit neatly into the gender binary.

Rather than condemn a situation like this as intentionally transphobic, I try to imagine what leads to these kinds of casting decisions. I hope this thought experiment might be useful not only for this play, but for those interested in gender-inclusive casting across the board.

Perhaps companies think it might be difficult for a cis audience to see a trans woman in drag as a man—for a cis experience, it doubles back and may read as not playacting at all. And casting a trans man means you have a man playing a man. Maybe some people would say the point of this play is to not have men on stage—I wouldn’t, but maybe others would. So consider the historical context: a trans man living in America in 1869, at the time of John Wesley Powell, had few options. Medical transition was near impossible, and living openly as a trans person was practically unheard of. To go through the world with assigned womanhood, that man would be kept from the freedom of expedition central to this story. It is still revolutionary to see a trans man in a heroic role. And when we fill our boats with cis women, we are erasing trans people from the narrative.

The idea that “not cis men” means “cis women” is dangerous. It perpetuates the idea that women are defined by their genitalia—that trans women are men in costume.

Casting solely cis women isn’t actual gender diversity. Yes, cis women’s exclusion has been well documented; there is still a stunning lack of complicated, funny, diverse, female roles. But transgender and non-binary people exist as well, and there are even fewer roles for them. This isn’t about measuring degrees of privilege, saying one group is more oppressed than another, especially considering how connected systems of oppression are. It’s about destroying a history defined by cisgender, white, masculine colonialism.

When casting any show, intentional thought is necessary. Theatre doesn’t exist in a vacuum, and if we are able to exclude trans people from plays that are specifically about gender, then it’s even easier to ignore them elsewhere. And, certainly, the burden should not be falling on Jaclyn Backhaus alone. Men On Boats is just one play. We should be considering her casting note in every pre-production meeting, in every casting call, and in every audition.

I love this play and what it asks us to engage with around gender. I am directing MJ Kaufman's Sensitive Guys, a play about rape on college campuses where the characters are cis women and men, but all of the roles are to be played by NOT cis men. Engaging with the material of this play right now feels urgent, especially on a college campus with college students playing these parts, and the ways we get to talk about gender and explore the experiences of gender in our bodies is how I want to approach storytelling in performance always. As a genderqueer human, there's a lot of pleasure for me in seeing actors dig into these questions and experiences. And my own position in the world as a theater artist pushes me to engage with casting in different ways with students, in hopes of instilling in them an openness and curiosity around how they will go into the world and cast their own projects or make their own work.

Thank you so much for sharing! I wish you all the luck with your production. Instilling openness is a great way to describe the goal of exploring gender through performance, through actors and the audience.