What My Plays Taught Me 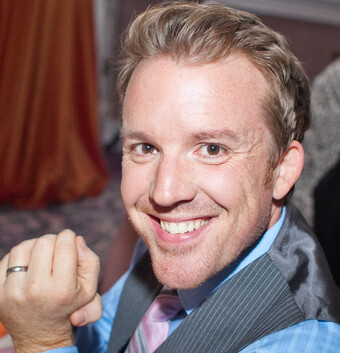 I hadn’t planned to self-dramaturg my entire collection of work. I certainly hadn’t planned for the process to deeply impact the way I think about my writing going forward. But this is what happens when you start experimenting with math.

It began with gender parity. At the time, there were a lot of discussions going on about the unfortunate maleness of certain theaters’ recently announced seasons. As a playwright, I asked myself how I was adding to the pool of opportunities for female artists.

I knew that I wrote more for women than men, but I’d never bothered collecting hard numbers. So, inspired by a blog post from Gwydion Suilebhan, I decided to tally the number of male versus female roles, along with the gender of point-of-view characters.

There was something deeply satisfying (in a slightly OCD way) about breaking down the gender parity of my plays. Maybe because art usually only gets discussed in terms of quality, which is subjective. But quantity you can slap a number on.

Whatever the root of my satisfaction, by the time I was knee-deep in the project, I had decided that I might as well also chart race and sexual orientation, and use those lenses to examine the full cast and POV characters.

I ended up looking at fifteen plays—completed scripts that had received a production or reading. The result of this first round of number crunching wasn’t hugely surprising. Yes, I have a majority of female characters and a significant majority female POV characters. Yes, a decent number of them are LGBT. No, not many of them are specified non-white. But a huge majority is racially unspecified.

The latter—along with conversations with actors and directors about casting processes—made me examine and make adjustments to how race is specified in my plays. Because the default in casting is usually Caucasian, the phrase “can be any race” can now be found in many of my character descriptions. Also, in the case of one particular play: “This is the only race specified. This does not mean that all the other characters default to white. All races should be considered for all other roles.”

It could have ended there, save for the occasional update. Except for the throwaway I tossed in at the end.

I decided to break down the deaths in my plays. It was just a lark, but it was my first foray into a non-numerical quantification of my work. A lot of my plays take several steps sideways from reality, so the list included things like “turned into a tree,” “self-immolation,” and, thanks to an adaptation of Gilgamesh, “killed by Ishtar, goddess of sex and war.”

And I began to think: Some playwrights go their whole careers without doing away with anyone onstage. Why am I having trouble keeping everybody alive until intermission? What themes am I exploring where death and dying are so necessary?

Some playwrights go their whole careers without doing away with anyone onstage. Why am I having trouble keeping everybody alive until intermission? What themes am I exploring where death and dying are so necessary?

I was in the midst of revising two plays and producing a third. Working on these texts simultaneously drew my attention to recurring themes and imagery I hadn’t noticed before, and the number crunching of the previous month had left me in a quantifying mood.

So I did a light pass over those same fifteen plays. Again, it was the little things that ended up proving the most interesting. That eleven of the fifteen dealt heavily with grief wasn’t a surprise and went a long way to explaining all the deaths. That so many dealt with religion also wasn’t a shocker, considering my upbringing.

That five plays contain heavy star imagery, six have people receiving visions or dreams, four have storms, two have people who turn into trees, two have people getting their skin ripped off, and two have pregnant women who can see the future? Those revelations were surprising.

Seeing them set out in front of me—the evolving metaphor, the argument that starts in one play and finishes in another—was like looking into the night sky and realizing that if you draw enough lines, you see Cassiopeia.

Admittedly, this just skimmed the surface, but it provided inroads for deeper exploration.

A few months later, I was just finishing or just starting the next stage of work on four plays. The thematic audit had left me sensitive to themes and imagery I have a fondness for, and so I looked at those four scripts—all already produced or with plans for production—through a particularly analytic lens.

I saw that all had protagonists who were considered, or felt like, outsiders from their society. Three of the four dealt with a very specific POV, one that I’ve come to shorthand as “the poorest, saddest girl in town.“

In one play, that girl finds escape in the military only to be outcast again upon her return. In another, two sisters overcome their abusive childhood by turning it in to a series of tall tales. In the third, a dark coming-of-age fairy tale, we see what happens when that girl doesn’t manage to escape.

This POV wasn’t an anomaly. Half of those fifteen plays are variations on this same protagonist. Looking back at that initial thematic audit, I was able to recognize that many of those reoccurring images and metaphors deal with escape and confinement or with transformation—a person escaping from one form into another. And there are more connections and realizations than what I’ve mentioned here. Some I’m still plucking at the edges of.

It was a dramaturg and close collaborator who used the term “self-dramaturgy.” I had been calling it “thematic auditing” or just “taking a quick and dirty look at my own work.”

The question now is how these realizations will affect my work moving forward.

Will a better understanding of the well these ideas come from short circuit the creative process? A sort of Heisenberg Uncertainty Principle for Creativity—all things are possible until observation locks you into one outcome?

While I want to continue to foster the strange chemistry occurring in the unfinished cellars of my consciousness, I can’t help but believe that a better understanding of the product can only be beneficial.

At least it seems to have been so far.

This summer I’m working on three major projects, the completion of two new plays and my first crack at a novel. And, yes, every project deals to varying degrees with the common themes I’ve discovered in previous work. I have been noticeably more aware of the threads I’m pulling together, the character motifs I’m creating, and what I want the audience (or reader) to come away with. It’s helped me cut through the static in a lot of cases—finding the core of a scene or chapter quicker and with more ease.

And I’ve notice that this journey has allowed me to better process and respond to questions from collaborators.

Were there moments where I’ve thought, “I’m working with this same theme again”? Or “That character looks really familiar”? Absolutely.

But rather than shut me down, these realizations have simply prompted me to ask why and for what purpose. They have allowed me to see my new plays as part of a continuum of work—the next step in my ongoing investigation of major questions and themes that I find deeply important.

Great read. I'm going to send this on to my Brother. This seems right up his alley.

Fabulous post, Stephen. And "locally grown" for the DC area, one of my passions.

I loved reading this. I feel the urge to start keeping better records of the work I direct so that eventually I can do something similar. Self-analysis and knowledge can be extremely powerful tools as an artist, so to see an example lived out is simply wonderful!

Theatre of the Mind

Todd Brian Backus, Percival Hornak and Nicholas Orvis—three dramaturgs and gamers—talk about what theatremakers can learn from the collaborative storytelling techniques employed in tabletop role-playing games.

Notes from a Dramaturg

Andrea Kovich talks about the glaring need for more disabled theatremakers, the importance of new plays and musicals, and working with a disabled dramaturg during a new work’s development.