Free Southern Theater Then and Now

“We propose to establish a theater in the deep South… A combination of art and social awareness… Through theater, we think to open a new area of protest.” 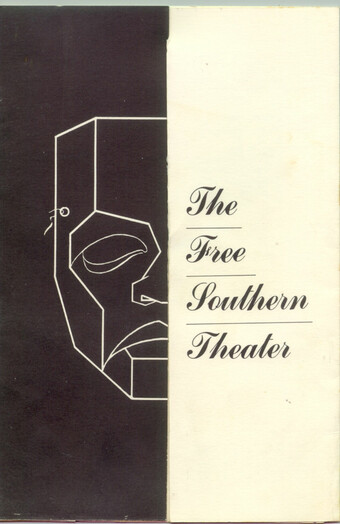 Such was the proclamation of the founders of the Free Southern Theater. In 1963, with the gale winds of change upon their backs, three freedom fighters sought a way to give an artistic catalyst to their deeply passionate activism. Gilbert Moses, already a writer for the Mississippi Free Press, joined forces with John O’Neal and Doris Derby, who were already field directors for the Student Nonviolent Coordinating Committee to establish the theater in Madison County, Mississipi. Over the next two decades, they would create numerous plays by, for, and about the struggles of black folks. They produced plays that lent artistic fuel to the struggles for racial equality during the civil rights movement.

In 1985, as John O’Neal, the producer and organizer of Free Southern Theater’s plays, organized one last celebratory event to commemorate the theater’s momentous history from 1963 until its final curtain call in 1978, he had this to say: “The signs of the times clearly indicate that another Movement, much like that of the sixities, is inevitable. That Movement will need its own expressions of art and culture. Those who set out to work in that Movement will need to know what we tried to do and how we fared; they will need to know about our failures as well as our successes. That knowledge will help them to be more effective in [their] work.”

Indeed. The eighties were to usher in a whole new era of struggle as the ills that John and his cohorts had fought against years ago had resurfaced, in some ways more horrid than anything known during the sixties. I was five years old at that time. What little I remember of the signs of those times involved myself and hundreds of other brown kindergarteners marching around my red brick public school chanting, “Just Say No.” A few years later that would evolve into my understanding of the small empty vials that could sometimes be found in front of my brownstone apartment.

But besides the infiltration of drugs into inner city communities, growing up brown in the eighties and nineties entailed racial profiling in sometimes deadly proportions (Yusef Hawkins, the Central Park 5, and Rodney King); wealth disparity, thanks in no small measure to Reagonomics; and a host of other social ills that would not make a lot of sense to me until years later.

Fast forward some two decades later. It’s a new millennium and I’m a college graduate, self-published poet, and aspiring actor living the quasi-bohemian life in New Orleans. One summer, after completion of a community arts intensive held by  Brooklyn’s Urban Bush Women, I stumbled upon a flyer advertising a free class teaching basic acting skills to members of the community on themes related to social justice. Right up my alley.

When I showed up to the class, held in a small trailer in a school in New Orleans’ ninth ward, I found myself surprisingly slipping into an alternate world of sorts, where activism met acting (actorvism if you will) in a way that brought intense performance into interaction with some of the most groundbreaking conversations that an art piece could possibly convey.

It was here that I met one of my greatest directors in the form of Kiyoko McCrae, then lead instructor of Junebug Productions Free Southern Theater Institute, formed by Junebug in 2008. (Junebug is the successor and an answer to John O’Neal’s call issued upon the closing of the original FST.) It was also where I was introduced to John as mentor, coach, and old buddy, as I now like to think of him.

We read passages from a book called The Lies My Teacher Told Me and shared how the work related to our own experiences with education (or the lack thereof) in public schools growing up. We didn’t just talk about it. We engaged each other by way of a method called Story Circles. Then we took each other’s stories and created artistic expressions representative of them, in the form of tableaus, movement, poems, dance, and song. Some skits were even born and some of those grew legs and walked into full-blown scenes.

We propose to establish a theater in the deep South… A combination of art and social awareness… Through theater, we think to open a new area of protest.

This process lasted for all of a few weeks. Not everyone made it through the class. The work was intense—not for the faint of heart. But in the end, what stories lasted converged into a full production, Voices From the Back of the Class. We left our hearts on the stage and the audience’s jaws on the floor. Our community was charged by what they saw. And wanted more.

This past April, after many years of constant revamping of our original ensemble (from twelve or so to five) and repeated whittling of our script (from a loosely structured form into a tight one-act narrative), we introduced our commentary on education (most specifically in New Orleans), by way of a play called Lockdown. Just as before, much of what we have done with this piece thus far, both in and out of Louisiana, has left audiences catalyzed by our truth, charged by our sheer candor. I often marvel at people’s responses. Because in all honesty, this play is remarkably simple as it is incredibly autobiographical. It merely tells, with extreme transparency, the stories of all of the ensemble members in relation to the issue at hand.

But such is the nature of the gem that Junebug, by way of FST, has created. O’Neal once said that “the art which helps us come to terms with our deepest and most urgent concerns in a given social and historical context is the art to which we ultimately assign the greatest value.” By simply positioning its members to tell it like it is, as the FST did in the sixties and seventies, Junebug continues a deeply important legacy. Junebug Productions, now under the new leadership of Stephanie McKee and Kiyoko McCrae, continues the tradition of creating work that will prove invaluable to the communities that it reaches. This month Junebug will host a four-day celebration to mark the historic 50-year anniversary of Free Southern Theater. Panels and performances will be livestreamed on HowlRound TV on Friday, October 18 and Sunday, October 20. Check back here for more details.

Wow!! Thanks brotha! This is one of my favorite theater movements--- I loved their journey with FST. They are one of the few groups of elders that are telling the truth about their joys and pains!
Thanks for your work.

My pleasure sis! This is definitely my first theater family so it was an honor.

The American Theatre Was Killing Me

Healing from Racialized Trauma in an Art Workspace

Amelia Parenteau speaks with Lauren E. Turner about racialized trauma in American theatre, Lauren’s experience with it, and healing.

Theatre and Civil Rights:&nbsp;Dr. Julie Burrell on the Importance of A Medal for Willie
Michael
Lueger
Julie
Burrell
Podcast

Theatre and Civil Rights: Dr. Julie Burrell on the Importance of A Medal for Willie

How did Black theatre connect with the Civil Rights Movement? Dr. Julie Burrell of Cleveland State University joins the Theatre History Podcast to talk about William B. Branch's one-act play A Medal for Willie and the underappreciated radicalism of theatre in the 1950s.