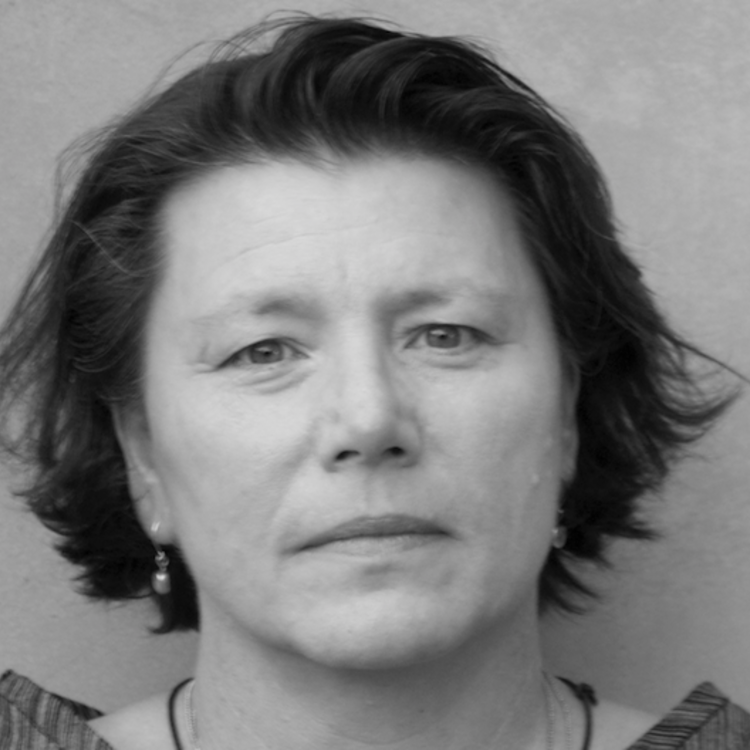 Stephanie
Kerley Schwartz
Theatre in the Age of Climate Change

The Teachings of Treefall

This week on HowlRound, we continue our exploration of Theatre in the Age of Climate Change as part of Climate Week NYC. With the recently signed Paris Agreement, the next several decades will see increased efforts from the global community to address the challenges brought on by a warming planet. How do we, theatre artists, participate in those efforts? How do we use our creativity and skills to bring about the kind of social change that is so desperately needed? I know designer Stephanie Kerley Schwartz from her participation in the 2015 Climate Change Theatre Action. She is an active and passionate artist working at the intersection of theatre and climate change. And wouldn’t you know, what started her on that journey was a book and a play. —Chantal Bilodeau

Many years ago I was browsing in a chain bookstore at my local mall and a title almost literally jumped off the shelf and into my waiting hands: Ecopsychology: Restoring the Earth, Healing the Mind, edited by Theodore A. Rozack. The book consists of essays by psychologists and environmentalists wrestling with how we humans are personally and internally affected by the environmental crisis. The book ignited a passion in me, but at that time, I could not figure out how to combine my work as a theatre designer and the urgency I felt to work on behalf of the planet. The ideas were out there, but the performing arts hadn’t widely begun addressing the issues of environmental crisis and climate change. And when they did, the work was emotive, grief stricken, and hopeless.

In 2009 came my answer. I designed the scenery for Henry Murray’s post-apocalyptic play, Treefall, produced by Rogue Machine Theatre and directed by John Perrin Flynn. In the story of the play, there have been massive fires, local wars, ravaging disease, and the breakdown of all infrastructure. The sun will burn flesh if exposed, so the young characters awaken at dusk and spend their productive time at night. Their parents have been lost to disease, or gone for help and never returned. They are living in a sort of cabin-shack in the northwestern woods where every once in a while an ancient tree topples over with a deafening crash. They have created rituals to help them remember “The Mommy” and the good food they used to eat. And yet, the play was not about how all this happened. Murray simply placed these young characters in a dystopic world where they struggle to survive, create a family, find love, and establish their individual identity. It is a story about people, not of the environmental events that placed them there.

We stripped our theatre bare, and set Treefall wall to wall in the wide space. Instead of scene changes, we moved the actors to the places in the story. I put out a call to the company: “Bring us your un-used electronics, the ones you were saving to take to a responsible recycler.” I placed the main platforms on piles of discarded computers, video game consoles, phones, keyboards, printers, and miles and miles of cables and wires. In Treefall, electricity is no longer being generated, so all of these things were now obsolete.

It seemed important to use as much recycled and re-purposed material as possible. This drove the design process. The walls of the cabin were made of scavenged wooden shipping pallets. I had saved some thick green-edged acrylic panels from a big-budget project, and we placed them against the walls and patched up seams with silver compact discs (CDs) and more of the wires. A friend who designs for television gave me access to some pieces of linoleum flooring that would have been thrown away. From another set, we found some scraps of corrugated metal. It was a huge world; besides the cabin interior, there was a hill with a water feature for the pond at the top, a library, a ransacked store. It was also important to represent the forest somehow. I blew up some photos I had taken in Maine and Oregon of fallen and upright trees, and placed them against crushed Mylar space blankets to create a collage of mirror and forest—a metaphor for the danger of sunlight and those dying trees. It was a joy to design this show and a major success for Rogue Machine (and yes, we recycled all those electronics).

Los Angeles is a city full of small grass-roots organizations fighting to make things better where they live. What if a bunch of playwrights could hear their stories? Could see the human beings impacted by this crisis?

In Steven Leigh Morris’ review of Treefall for LA Weekly, a quote grabbed me; “What’s surprising is how few plays, and playwrights, are grappling with what is obviously the most profound concern of our era: the damage we’re inflicting on the ecology of our planet.” The idea for HeatWave came after I designed Treefall. My artist friends were participating in “calls for work” relating to the environment and I wondered, Where is my theatre community in this dialogue? We were behind. The biggest crisis of our era and the theatre wasn’t addressing it! The challenge is to create stories that are more than just grim laments. Air pollution, dirty water, traffic congestion, food deserts, lack of parks and playgrounds—most of these problems disproportionately affect people struggling to make it in lower-income neighborhoods. Los Angeles is a city full of small grass-roots organizations fighting to make things better where they live. What if a bunch of playwrights could hear their stories? Could see the human beings impacted by this crisis?

In September of 2012, HeatWave brought environmental justice groups and theatre artists together at the TreePeople Conference Center to learn from each other. Grass-roots activist groups spent the day presenting inspiring stories of the hard work they are doing to improve conditions in their communities and our world. The event was a well-attended success, and we are grateful to Union de Vecinos, Aguas con el Agua in Maywood, Plastic Pollution Coalition, Heal the Bay, and other groups who came and shared their stories. As a side note—thanks in part to TreePeople and hardworking volunteers; we managed to feed everyone lunch with a zero-waste outcome.

How do we live now? How do we find the power to respond to devastating changes that seem inevitable, relentless, and tragic? How do we still go on with our lives in the most humane way possible?

HeatWave/Rogue Machine participated in the Climate Change Theatre Action (CCTA) which took place last November to coincide with the COP21 climate talks in Paris. We presented eleven short plays involving nine directors, fifteen actors, four musicians, a projection designer, a phalanx of volunteers, and a whole bunch of samosas. The feature of the evening (besides the plays) was a harrowing presentation by NASA-JPL scientist Josh Fisher. The devastating evidence he presented drew gasps from the audience, and was a sobering reminder that we must, to quote host Belinda Waymouth, “Use everything we’ve got,” to make change.

In his essay from Ecopsychology, Roszak writes:

…the environmental movement has other means to draw upon
besides shocking and shaming the public it wishes to win over…
What do people need, what do they fear, what do they want?
What makes them do what they do: reason or passion?
Above all, what do they love?

I believe that theatre techniques hold pathways to explore and answer those questions. More and more plays and productions are being made that address these issues and ask more questions. How do we live now? How do we find the power to respond to devastating changes that seem inevitable, relentless, and tragic? How do we still go on with our lives in the most humane way possible?

The work keeps coming. The plays are being written. The dance pieces are being choreographed. The designs are more thoughtful. The equipment is being re-designed to use less power. We consider the waste stream, and we have recycling groups and Craigslist to recycle set pieces. But there will always be more to do—we need to get beyond grief and get into living with it. We can’t go on. We must go on. We will go on. We are using everything we’ve got.