I don't know about you, but it's hard to be a theatre artist in the US these days and not want to apply your skills in some way to help steady the political oscillations in this election cycle.

Robert Brustein, founder of both the Yale Repertory Theatre (1966) and the American Repertory Theater (1980) is a true theatrical renaissance man. He's seen it all. On two previous occasions—Nixon's unraveling over Watergate and the crisis being parsed by the Iran-Contra hearings—he took action.

Brustein's outrage and wit is no less engaged today as he's about to turn ninety.

The former resulted in a 1974 collaboration by the resident Yale Rep company called Watergate Classics. As the title suggests, its inspiration came from classics of theatre and film. Among the dozens of skits one was called "Oedipus Nix" as well as Brustein's "Dick's Last Tape." The performance ended with Brustein chillingly transformed into Nixon reading a spot-on presidential speech parody by Philp Roth. It was so terrifyingly close to credible that the stunned audience silently exited the theatre while being surveyed by armed "National Guard" troops posted at the end of each aisle.

In 1989 at the ART, Brustein produced the premiere of a hilarious spoof by Larry Gelbart (remember M*A*S*H?) of the linguistic babble coming out of the Iran-Contra hearings. It was called Mastergate. The characters included Wily Slaughter, the director of the CIA, Merry Chase, a reporter for TNN (Total Network News), and Foster Child, an attorney with the law firm of "Prior, Pastor, Priest and Pope."

Brustein's outrage and wit is no less engaged today as he's about to turn ninety. Last season, the Boston Playwright's Theatre produced the premiere of his play Exposed, a contemporary variation on Moliere's skewering of religious hypocrisy and absolutism in Tartuffe. 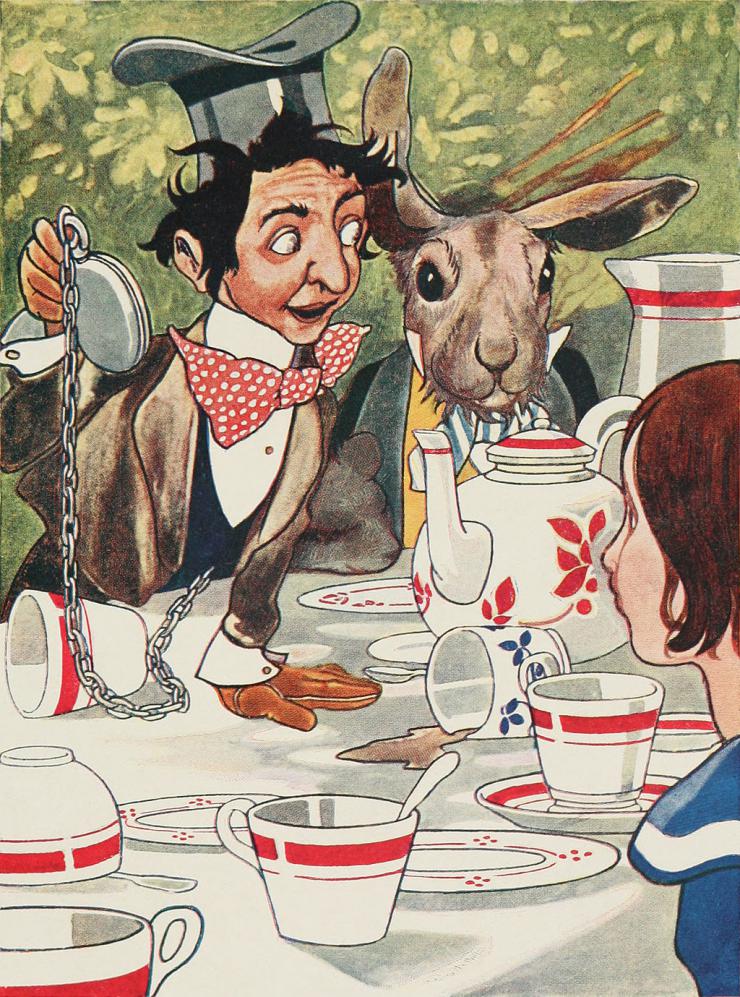 In an email I sent to him a couple of months ago we reminisced about Watergate Classics and Mastergate and I inquired if he had anything up his satirical sleeve. The next day I received a seven-minute skit, and we set about making an audio recording thanks to the volunteer efforts of director Melia Bensussen, coach Erin Schwall, Sound Engineer Pierre Huberson, actors Krysten Schmelzer, Jake Prizant, and Brustein, and the hospitality of Emerson College and Jane Pikor.

It's called "Thunder in Blunderland" and, after Bob's short introduction, it begins with a tea party...