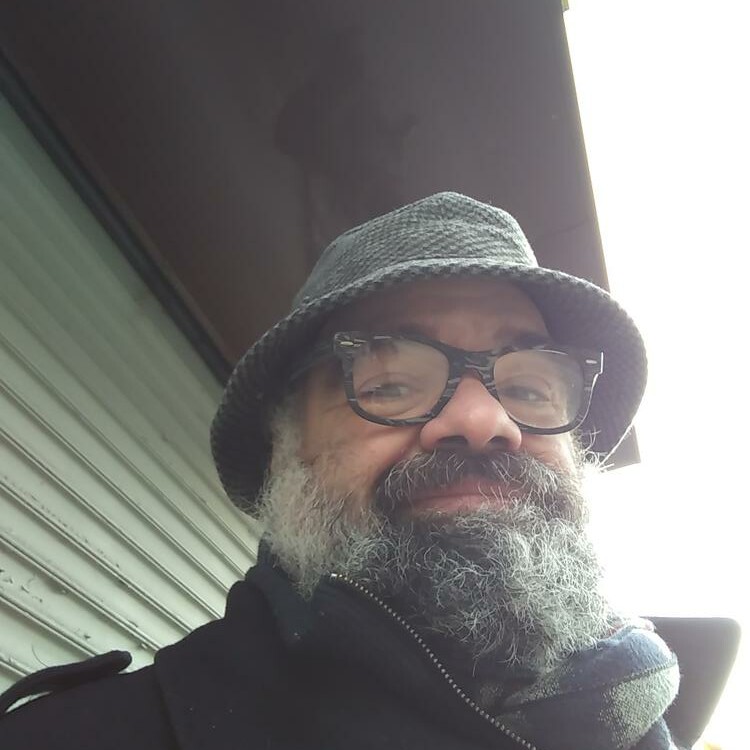 Turning Medea into a Telenovela

Euripides’s Medea brings two opposing forces to a head. On the one hand, there is the titular character: a mythical woman—granddaughter of Helios, the sun god, and niece of Circe, a powerful enchantress—who betrayed her divine family and killed her brother so she could be with a mortal. On the other hand, there is Jason: the mortal who is the object of Medea’s affections, who has achieved grandeur by stealing the Golden Fleece due to the heroine’s magical intervention. Their tragic love story feeds into the male fantasy of a man who subjects a powerful woman to his will.

The transformation of a female character from fierceness to obedience is the stuff of theatre history. Characters such as Katherina in Shakespeare’s The Taming of the Shrew, who goes from savagely shunning marriage to championing wives’ obedience to their husbands, and Ibsen’s Hedda Gabler, whose fierce rejection of bourgeois society is turned against her by a sexually depraved man of good social standing, are expressions of social fears of the wild woman whose power must be kept in check. Both Katherina and Hedda become the victims of a male-dominated system that limits their possibilities. Katherina’s symbolic suicide (she kills the part of her that resists the norm) and Hedda’s actual one echo Medea’s final ascent towards the gods. Yet unlike Katherina and Hedda, Medea kills Jason’s future bride and her own two children, thereby exterminating the symbols of his male power. 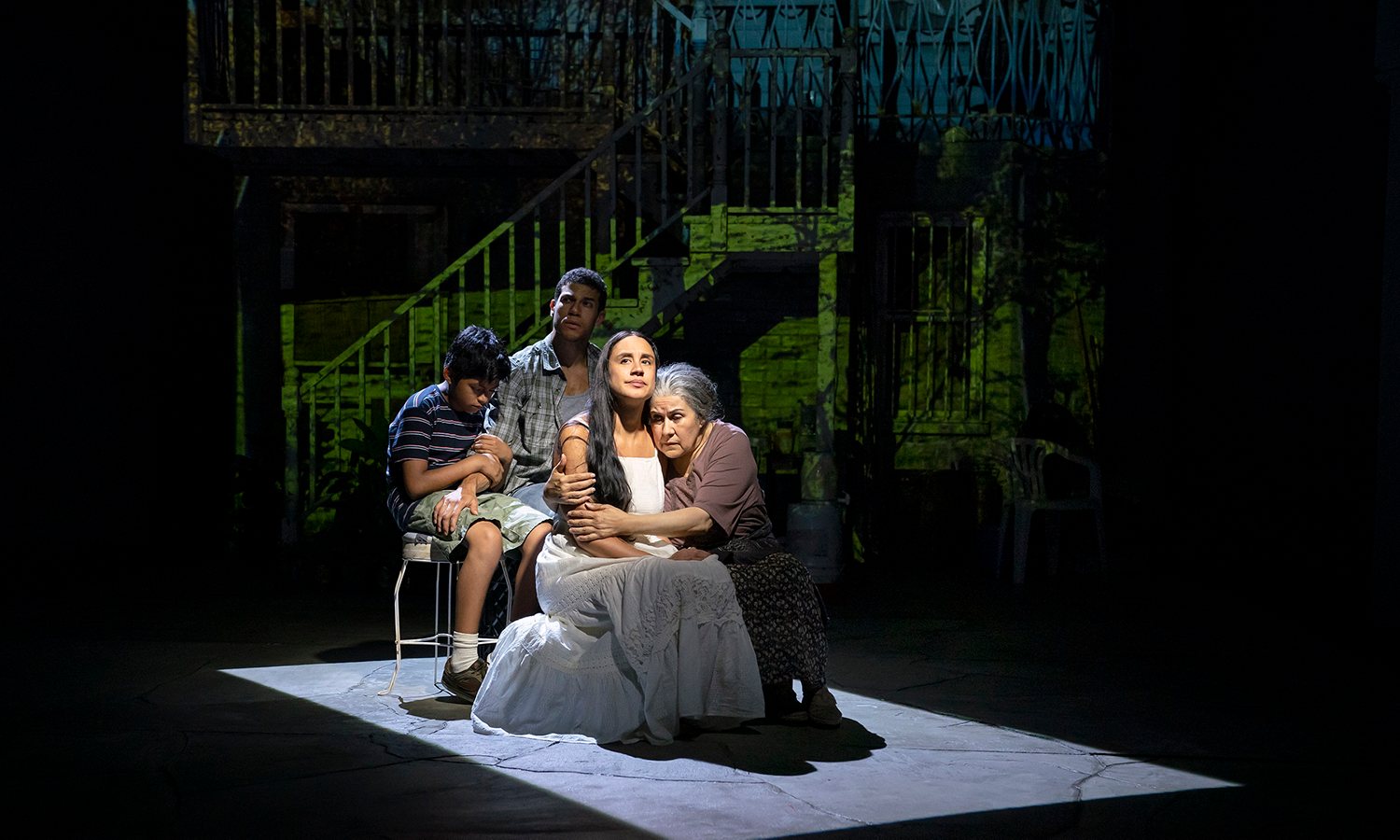 Contemporary interpretations of Medea’s myth contextualize her final revenge so that audiences understand the character’s emotional strain as being due to her situation, which is different than Euripides’s original. This is precisely what Luis Alfaro’s latest show at the Public Theater, Mojada, attempts. In Mojada, written by Alfaro and directed by his frequent collaborator Chay Yew, Medea (Sabina Zúñiga Varela) is a Mexican undocumented immigrant who arrived to New York City after facing the horrors of crossing the border.

The experience, which Medea delivers by directly addressing the audience—one of the most powerful moments in the show, performed beautifully by Zúñiga Varela—makes evident the perilous journey that she faced together with Jason and her family (in this adaptation, she has only one child). She left a country where they had barely anything to eat, killed her twin brother who forbade her from leaving since he saw her as his property, and was raped by soldiers while crossing the border. Medea did this for her relationship with Jason, who also entered the United States as an undocumented immigrant. Yet on the other side of the border, Jason’s dream is all about doing whatever he can in order to ensure financial success for himself, even if this involves betraying Medea.

The transformation of a female character from fierceness to obedience is the stuff of theatre history.

Just like in Euripides’s tragedy, Alfaro’s reimagining confronts two unmovable forces. On the one hand, Medea holds on to her Mexican heritage, the essence of her power—she has the ability to reimagine their humble home in Queens into the Mexican countryside of their past. She teaches her nine-year-old son, Acan (Benjamin Luis McCracken), ancient Mexican rituals, such as imitating a bird by flapping the leaves from a banana tree and even mimicking a birdcall that evokes their home country. On the other hand, Jason (Alex Hernandez) only wants to assimilate into the United States. He follows the example set by Pilar (Ada Maris), his cruel Cuban employer who owns the rundown house where Medea and Jason live and who is willing to do anything for success. Jason pushes Acan into adopting an American way of life, which is clear when he asks Acan to exchange his jersey from the Mexican soccer team for one from the American team. This demonstrates Jason’s dismissal of his heritage over his new culture, which becomes more evident when he betrays Medea by marrying Pilar and acquiring American citizenship, which Medea finds out after the fact. Jason’s act is a rejection of Medea and her embodiment of the Mexico that he used to love. 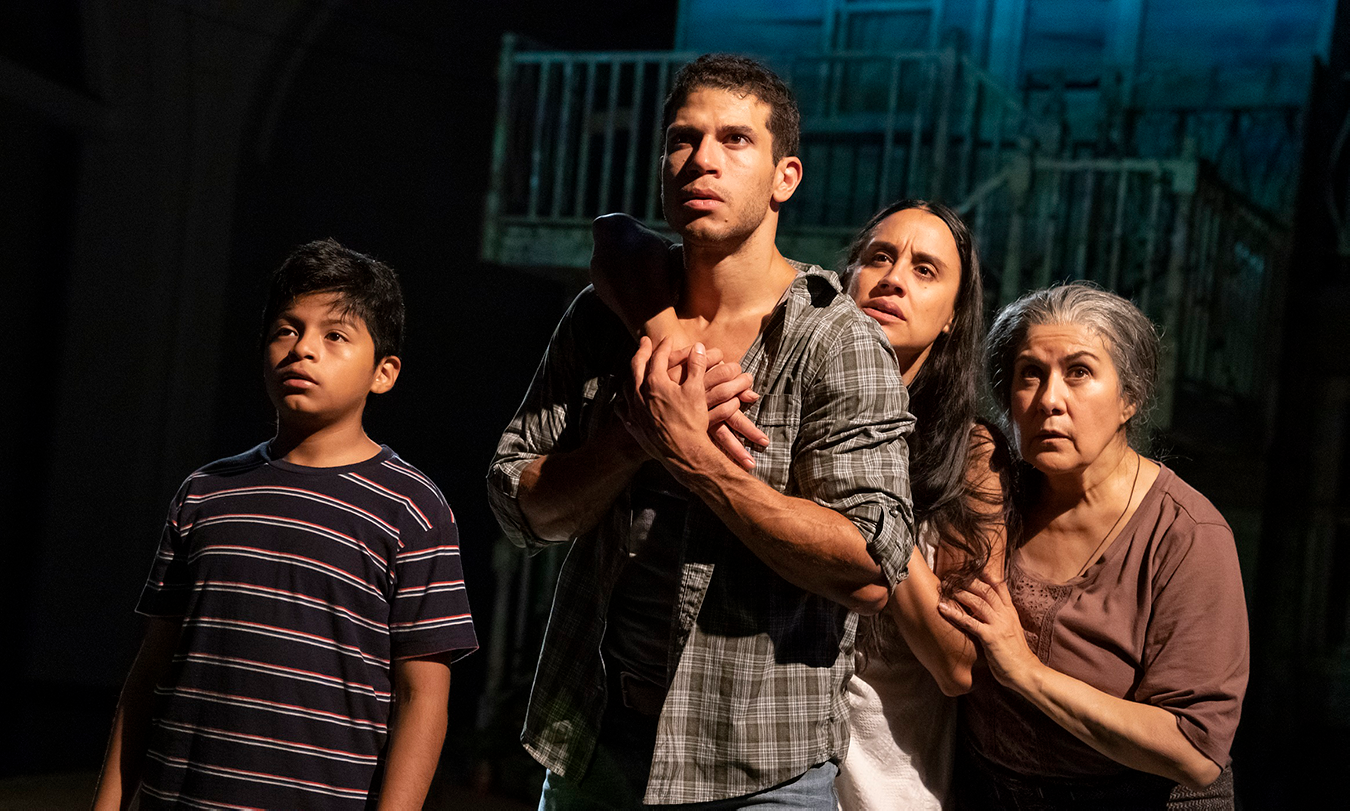 As the virtuous heroine, Medea is trapped in a culture that not only imprisons her in a sweatshop as a seamstress, but also steals her family. As the incarnation of this new American culture, Pilar is the villainous woman whom Jason and even Acan admire—her own assimilation to the United States and her cold materialism promise to deliver professional success to Jason and the latest video game fad to Acan. Medea does not stand a chance, especially when Pilar inexplicably decides to throw her out into the street from the rundown family home that Pilar owns.

This portrayal of Mexican culture as magical and the American one as cold—a simplistic contrast—weakens the complexity of the immigrant experience by giving the action a melodramatic bent. In his article “The Americanization of Melodrama,” Daniel Gerould points out that “melodrama lives, first and foremost, by its powerful appeal to the feelings, and herein lies what the Russian formalist critic Sergei Balukhatyi calls the emotional teleology of the genre.” Each character in Mojada exists to force the heroine to suffer so that she ultimately kills their son and hurts the person she loves most, Jason. As Gerould asserts, the play, adopting the contemporary style of melodrama in Latin American popular culture, the telenovela, forces the audience to feel for Medea’s predicament.

The play, adopting the contemporary style of melodrama in Latin American popular culture, the telenovela, forces the audience to feel for Medea’s predicament.

Throughout the play, Medea confronts terrible situations brought about by the most morally corrupt characters, which sums up most of the storylines in telenovelas. Alfaro even adds comedic characters that are recognizable from the genre: Tita (played brilliantly by Socorro Santiago), Medea’s feisty old companion and curandera (witch doctor) who crossed the border with the family, and Luisa (marvelously performed by Vanessa Aspillaga), the Puerto Rican gossip who left the island after the chaos of Hurricane María and now sells churros to survive.

The comic relief offered by these characters is balanced well with their own stories of the complexities of being Latina in the United States. Even the terrible Pilar had to challenge men in power and married a rich white man to achieve success as a Latina in the United States. Nevertheless, the complexity in Tita’s, Luisa’s, and Pilar’s stories is lost when Medea falls apart because she is losing both Jason and Acan to Pilar and American culture. The play uses the tragedies of the Greek myth and of Latinas in the United States to pressure the audience into feeling a compassion that does not originate in the characters’ truths but in a melodrama of betrayals and broad emotions. Because of this, the impact of their struggles loses power. 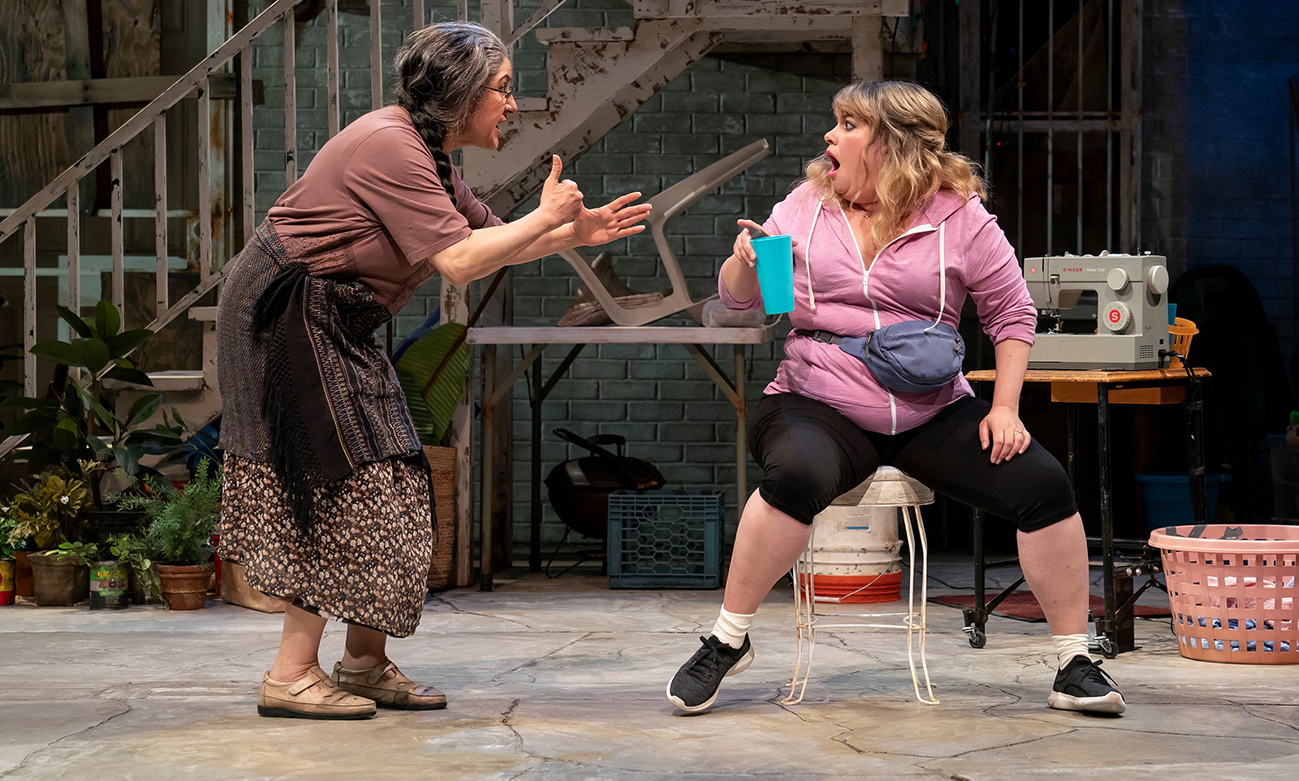 Alfaro’s retelling of the Greek myth emphasizes Medea’s marginality in a system that will devour her for being an immigrant. The setting of the story was constructed with realistic detail by set designer Arnulfo Maldonado. The whole action takes place in front of Medea’s rundown home in Queens where she sits at her sewing machine working throughout the day, portraying the reality of the destitute undocumented masses who barely survive north of the border. Alfaro’s Medea stands as a powerless victim who lives only to suffer as a forsaken wife and mother.

Unlike Shakespeare’s Katherina, who is forced into a marriage that she finally embraces, the tragedy of Alfaro’s Medea lies in how Medea is excluded from her role as “wife” of Jason. As with Hedda’s suicide, Medea kills the part of herself—her son—that gives her value in Jason’s eyes. Mojada is a cautionary telenovela of what happens when a woman is forbidden to occupy her role in a patriarchy that crushes her for being a Latina and an undocumented immigrant.