Widening the Embrace of Theater

The Different Forms of Accessibility 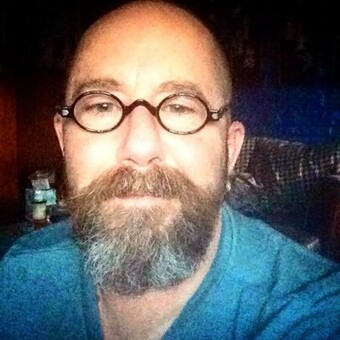 Ariel Baker-Gibbs: Can you explain a bit about what exactly the Wheelock Family Theatre is, and what your mission is? What’s the chronology of all the different forms of accessibility that you have now?

Charles Baldwin: The Wheelock Theatre was started by four people: Andrea Genser, Susan Kosoff, Jane Staab, and Tony Hancock. The mission of the theatre was to make a professional theater that would be accessible to everyone, with a multicultural cast, with black, yellow, white, green people. When you start defining people by color, just pull in green and blue and orange, like the Muppets. We just want to widen our embrace. The priority was to be affordable, but from the start, we would always have a show that was interpreted. That was in 1981, and we worked with a lot of people to make that happen. Audio description started around 1990 at Imagination Stage, and Wheelock Family Theatre was drawn to it, as we wanted to cast a wider net, and include blind people.

People want to work on their language, finding their community. They separate before they come back together, and you can see that in Boston and the theater wants to be a place where everyone can come together.

I’ve been here since 2001, and we started open captioning in 2003. Audio description began in the early 1990s. The progression of technology keeps changing, so our embrace gets wider and wider. We’ve always had a mission of bringing people together. For instance, we’ve always had people on the spectrum around—the spectrum is vast—which is why we’ve started the relaxed performances. It gives people more choice. For example, someone’s happy so they make noise. They’re in a place of excitement, and that’s a good thing. People know that, now. Just like when we started having interpreters, people were like, “They’re so distracting.” We just want to make sure our audience knows what our mission is, why the audience looks different than other theatres, like the Huntington or Speakeasy. It’s a thing I’ve noticed, often that people, minority groups, if they’re deaf, for example, or if they’re gay, want to find their identity and find a place, which means sort of separating for a while. People want to work on their language, finding their community. They separate before they come back together, and you can see that in Boston, and the theater wants to be a place where everyone can come together. We want to break down the boundaries and make everybody look at the stage, and talk about the story, and what that story means. We want everybody—families, different kinds of people, colors, everybody. It’s so simple, yet so complicated.

Ariel: How have things changed over time? Did you start out with one program and then realize it’d turned into something else?

Charles: Well, we started out with open captioning with deaf kids in mind, because literacy is really important. But then we found that they don’t like reading if they can look at the stage! But the theater population has changed—some people have cochlear implants, some people still lipread, some people use Signed English—it’s a big world, with lots of different choices. We also found that our older audience likes the open captions, so we started off getting it for a specific deaf audience, but it turned out to be bigger than that.

At last year’s relaxed performance for kids along the autism spectrum, and we had a huge range of people—moms bringing their tiny ones—one mother said, “My kid doesn’t know he’s autistic.” I knew we already had people coming who were autistic, or had developmental issues, so instead of putting a label on it, we just described the show, outlining the changes that would be made, without defining exactly who the show was intended for. It’s a relaxed performance, so it’s intended not to have anything surprising. The sound is more level throughout, only with a gradual rise and fall, or any abrupt actions will be explained in advance or made gentle. We introduce everyone to the space and the cast, telling the audience where everything is. “The quiet space is over here. The bathrooms are over there. This is a story.” Just getting them used to the idea.

Ariel: How do you choose the plays? The casting?

Charles: There are so many things to learn from stories, and it’s really important to get a broad range of stories, and we think about how to cast in a way that’ll add meaning, enhance the story. For example, for Hairspray! which is about race, whites and blacks, we cast an Asian American as Tracy. So it added a new dimension. One deaf actor that we use often is not only cast in deaf roles, but sometimes it depends. In The Trumpet of the Swan, based on the E.B. White story, we made the two swans deaf, just signing to each other throughout the play. Because it’s about how nobody can understand them, and how they can speak to each other. It makes sense to make them deaf that way. But in Pippi, it was a way to add to her character—she can do everything, she’s strong, but having Kerri Thompson (a deaf-blind actor) act her mother adds to it—there’s signing, there’s love, and it’s making the story bigger than that by having a deaf-blind actor on the stage. It also was a really good opportunity for the kids to get some experience being around a deaf-blind person, on stage.

We really have the desire to reach everyone equally, to treat everyone equally, and welcome everyone into the theater. When I was in customer service as a young person, they’d always say, “The customer is always right,” but that’s not really true. I try to train my students, and tell them, “You have to be right. You have to anticipate what their questions will be, and you always have to say yes.”

Congrats to Wheelock Family Theatre for doing such incredible work!

Why Would We Move? Musings on Movement Practice and Training
Yo-EL
Cassell
Essay

Why Would We Move? Musings on Movement Practice and Training

Movement director and professor Yo-El Cassell reflects on how movement should help people access playfulness and joy, regardless of ability.