ONE
Isn’t boxing just like writing a play? First, you have to train (the muscles in the gym if a boxer, the mind facing the screen if a writer). Then you have to fight!  (What we in the Arts call “advocate.”) You go out into the world/ring and advocate for your play, and hopefully find other advocates who will advocate your “advocation.”  Next, whether you win (get a production) or lose (a reading, and another reading, and another reading), you must nurse your wounds and finally, learn from the experience in hopes that you will come out next time a stronger, smarter, more creative... fighter.

But like the stamina and brilliance of a boxer, the writer too can punch, fall back, rope-a dope, throw that hook, and knock ‘em out.

I’ve always loved Muhammad Ali. Growing up in the 1970s in San Francisco, surrounded by larger than life characters like my father (a Civil Rights activist in the south turned junkie turned construction worker), my uncle (an infamous nightclub owner of an infamous nightclub on Haight Street), and my cousin over in Oakland (a Black Panther), Muhammad Ali, though at a distance, was by far the largest of them all. He was our Zeus, our Superman. True, by the 1970s Marvel Comics did produce a couple of super heroes that were black (like Luke “Power Man” Cage—with his afro and headband), but the illest masked defenders with the coolest powers—like Aquaman, Batman, Mr. Fantastic—man they were all white! Browsing the comics at Rudy’s Book Nook was like being indoctrinated into a hierarchy of societal racism. You could search all you want, but only on the third tier could you find some brothers—except for Muhammad Ali. I remember the day when a special edition came out, a big oversized comic called Superman vs. Muhammad Ali. No joke this is for real. On the cover Ali and the Man of Steel are squaring off, ready to box the hell out of each other, both of them with their muscles bulging and a ferociousness in their eyes like neither one of them was gonna back down. Me and my friends rushed to the comic book store and bought a copy as soon as those rusted doors opened—we had to know, who was going to win? And even more important, would our super hero lose?

THREE
Many years later, back in the old neighborhood on a visit, I came across the most fantastically bizarre photo I have ever seen. In the center of the picture, Muhammad Ali sits bold and defiant, only to be out done by the man to his left, who the picture credits as being Stepin Fetchit, the lazy, shuffling stereotype of a black man. In kindergarten, at the afrocentric school my mom sent me to, we were taught that Fetchit was a traitor to black people for the way he portrayed us in those old Hollywood black and white movies. So what’s he doing with Ali? The photo’s caption listed Stepin Fetchit as Ali’s “secret advisor,” and legitimate member of the champ’s entourage. Say what?

FOUR
Fetch Clay, Make Man was my attempt to make sense of this photo. It’s a play that took six years to write, and through the process I discovered how these two men could become friends. Lurking just behind the pair’s simplified public personas lived something more complicated. One was a boxer who decided to break the rules, bobbing and weaving, punching and rhyming his way into history. But Ali wasn’t always as confident as his boastful raps suggested, and he struggled with how to balance religion, athletics, and politics. Fetchit began his career in theater—the dangerous world of the TOBA circuit (a gritty network of Vaudeville houses that catered to black artists—TOBA stood for Theatre Owners Booking Association, however artists on the circuit joked that it really stood for “Tough on Black Asses”). Fetchit moved from stage to screen, becoming famous by playing the only role he was allowed to play—that of the lazy, stupid black man. In reality Fetchit was a shrewd businessman, a man who negotiated his own contracts, and pushed to become the first African-American in Hollywood to receive a screen credit. His was a quiet revolution, Ali’s was loud, both of them reflected and responded to the times in which they lived. Both men were Tricksters.

FIVE
As playwrights, we have to be clever. To navigate the murky waters of our field, to walk with diplomacy and still express what we know to be true. The trickster energy is strong within us, and can get us both out of and in to very difficult situations. I recall times in my career when I didn’t like the music that was being played and felt pressure to dance like it was the best groove I ever heard. What should a young playwright do? Will you leave the dance floor or grab that top hat and cane and commence to stepping? Is it possible to dance to a beat you don’t like and still retain your integrity? As writers, we must be open to collaboration, for collaboration rests at the very heart of what we do. However, we must also develop a keen sense of intuition, to know when something doesn’t feel right, so that we can continue to grow a voice that is uniquely and authentically ours. The space between these two is a slippery slope that one perhaps never completely masters. But like the stamina and brilliance of a boxer, the writer too can punch, fall back, rope-a dope, throw that hook, and knock ‘em out. 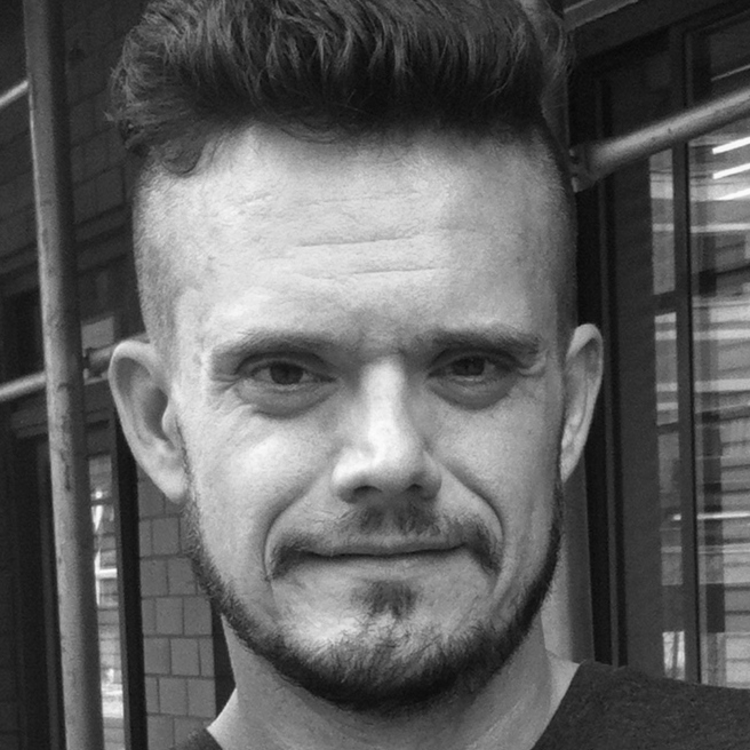 Mat
Smart
Thoughts from the curator

A series focusing on the overlaps between sports and theatre.

Will, I like the analogy of a single production being the equivalant of a single fight. And a fighter's career is made up of fight after fight (or production after production for a playwright). We aren't going to "win" them all, but we will grow from every bout.This knocks the preciousness -that's as good a word as any - off any given production. It is a long-game after all...

I love this. I am approaching my first production in 15 years and am very nervous about that slippery slope. This diffused some of my anxiety this morning. Thanks.