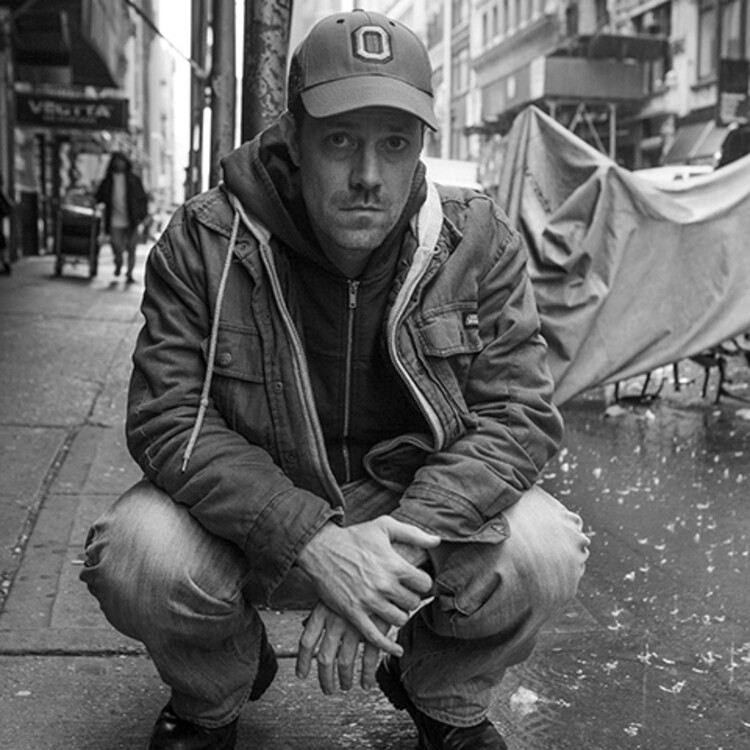 An Art for the Commons in a Commons for the Arts

What makes solo theatre unique? How might artists approach and create a solo play? And how might we get audiences to embrace this form? In this series on solo theatre, Scott Wesley Slavin asked six highly accomplished solo theatre practitioners to share their wisdom from working around the world on one-person shows.

All I need is space.

A room with some chairs is enough. I suppose, in my ideal theatre, there would be some kind of light to separate me from the audience. That’s why I often bring a bag of three or four clip-on lights with me. The kind we used to incubate a new clutch of chicks with as a kid. Two eight-dollar extension cords and a power strip. And a boom box.

I just need space to share a story that burns inside of me. I keep it burning hot, so I haven’t had time to petition and wait for the NEA, APAP, LORT, a Rockefeller, or Queen Elizabeth to grant me access to the high temples of Art.

So, often I perform in church basements. Sometimes in libraries, union halls, black box theatres built out of community college classrooms. Once I performed in a doctor’s living room for twenty-five of his friends. Once I performed in the hearing room of a State Legislature. The town hall of the village my ancestors came from in Scotland. The open garage of a closed down firehouse in Brooklyn. The NAACP building in rural West Virginia. Sometimes they bring me out of the basement and into the sanctuary of a gorgeous church. It’s usually Unitarians who do this, but also Presbyterians, Lutherans, Catholics, of course Episcopalians—even some Baptists, as long as I am okay with changing the damns to darns and defusing my fbombs. I don’t mind doing that, because I am on a mission. Once they bring my Trojan Horse behind their walls, I can sneak out at night and ravage their unsuspecting souls with art.

The main ingredient to make the magic is space.

I went to a theatre convention once where there were all sorts of groups and committees convening. They used words I did not understand, and so I checked with the concierge to make sure I hadn’t stumbled into the room where someone would try to pitch me a timeshare in Florida. Real Estate. That’s what art is becoming in this country. A big, beautiful, expensive building which employs an army of marketing specialists, audience developers, important donor groomers and leg-humpers, managerial types, and occasionally, a very small handful of artists who try to squeeze some art out while mostly trying to keep their big, beautiful, expensive building open.

For all that, I can make just as much magic with my story and bag of lights. As artists, we complain an awful lot that nobody is interested in our work. I think, a lot of times, we mean that the elite powerbrokers that hold the keys to the top venues are not interested in our work. It has been my experience that “the people” are actually starving for our work, but that we are often unwilling to bring our art to them because in our hearts, we are still waiting for our golden ticket to be handed to us from on high.

Someday, I hope, our society will better recognize the value of the arts. To me, the best way would be for artists to have access to free space. Free, beautiful, publicly-owned space. Then, many well-meaning administrators, grant writers, audience builders, etc., could go back to their playwriting, acting, or whatever is secretly written in their souls to do. What theatre artists need most of all is the space to create something beautiful and share it in. Without the expense of space, a market of artist-owned work might flourish.

I was performing a play on the McGuire proscenium stage at the Guthrie Theater, in some ways, a production that represented a lot of what I think is wrong with the American theatre. The “McGuire” for which the theatre was named is the former CEO of United Health, the largest health insurance company in the country, a corporation which similarly represents a lot that is wrong with our healthcare system. I had already written Mercy Killers, a solo play which explores the dysfunctions in our healthcare system. I felt a deep frustration that I was not performing it, and that I was stuck in a giant art machine in which I felt I had no voice. So, I cold-called a local organization, Healthcare for All Minnesota, to see if they would be interested in collaborating on a couple performances on my day off.

Their enthusiasm was deeply encouraging, especially compared to the utter lack of enthusiasm I was accustomed to. Within a month and a half, the organizers had put together a performance for the annual meeting of the Minnesota Nurse’s Association (over 400 nurses!), a small theatre in Duluth, and “Hell’s Kitchen,” a restaurant/cabaret venue in Minneapolis. I found an audience that was not only engaged with my work, but zealously evangelical.

People involved in the movement for universal healthcare are relentlessly passionate and indomitable. I had tapped into something with the performance, and suddenly had an army of crusading booking agents, managers, producers, and patrons. A state senator showed up at Hell’s Kitchen and organized a subsequent performance for his fellow legislators in a hearing room at the Capitol building in St. Paul.

Another person in the audience had contacts in the single payer movement around the country and put me in touch with the California Nurses Association. As a part of CNA’s “Campaign for a Healthy California,” a sixteen-stop tour of Mercy Killers was organized—we went to churches, union halls, community centers, colleges—usually, we went where there was free space. Local, grassroots activists organized all of these performances. These folks are usually leaders in their communities, so they can get free space through their personal connections. They can bring in an audience because of their standing in the community. One of the stops on this tour was at San Joaquin Delta College in Northern California, where a local labor activist somehow got the college to donate their main venue, a glorious 1600-seat symphony hall. The performance was not “presented” by the college at all, rather the local activists gave out paper tickets at the local farmers market, via emails, mostly through personal connections—we didn’t sell out the house, but we had over 400 people there, which was pretty incredible considering the grassroots nature of the event. It was a magical experience—something about the community coming up with free space transforms the event from the commodified entertainment to which we are accustomed into something more ancient and sacred. And whereas in the mainstream, audiences are mainly concerned with an escape, here, these grassroots organizers were leading their communities into the beating, wounded heart of reality. That is what they were selling, or rather offering, since the tickets were free.

The other remarkable thing about these tours to overlooked America is that the local organizers almost always have access to the local paper or local radio station. They are able to find “free space” in their local media. When approached by a venerable, white-haired leader of the community, the paper is likely to respond, even without a press release, because these folks are able to offer the authenticity an editor is looking for and which a PR agent can not supply.

When I told a fellow solo performer I sometimes “pass the hat,” she scolded and told me I needed to get paid for my art up-front. And then she told me about all of these conferences I needed to go to where I would meet real arts presenters who would pay me real money.

She doesn’t understand that I do expect to get paid and that my passing the hat isn’t a sign of undervaluing my art. On the contrary, I have so much confidence in the magic that I think people will give me more money after they see the show than by charging them ahead of time—and more people will show up. The bucket is there before and after. But really, how much do I need to make with no overhead? If I can get seventy people in a week to throw in ten bucks after the show, I’m making as much or more than most poor actors in the “legitimate theatre.” And because I began by offering my services for free, I have forged alliances with a lot of healthcare organizations around the country that act as my PR Agents, marketing army, house and stage managers, and patrons.

This is the stone soup model of art making. And it works. I feel like the rat who snuck into the granary. The folks that act as host for my play because they are passionate about the issues the play deals with have passed me around the country to one another. Sometimes that’s a lot of doctors with big bills to drop in the hat after the show. Sometimes I get invited to perform at medical schools and doctor’s conventions. I don’t pass the hat at those places.

This fan base has gotten me into the APAP circuit and into the seasons of professional theatres. This base has helped me get to Edinburgh and win a Fringe First Award. I’ve gotten all of these things by doing none of the things that might be taught in a “the business of the arts” plenary session, at least not that I’m aware of. But I do like to make friends and then give them gifts, and while I don’t think it seemly to keep the giving and receiving of gifts in a ledger, I have no doubt come out way ahead in the exchange.

Someday, I hope, our society will better recognize the value of the arts. To me, the best way would be for artists to have access to free space. Free, beautiful, publicly-owned space. Then, many well-meaning administrators, grant writers, audience builders, etc., could go back to their playwriting, acting, or whatever is secretly written in their souls to do. What theatre artists need most of all is the space to create something beautiful and share it in. Without the expense of space, a market of artist-owned work might flourish.

Maybe it’s already there for those who can see the space.

Awesome piece, Michael! Very inspiring! Thank you for sharing it! 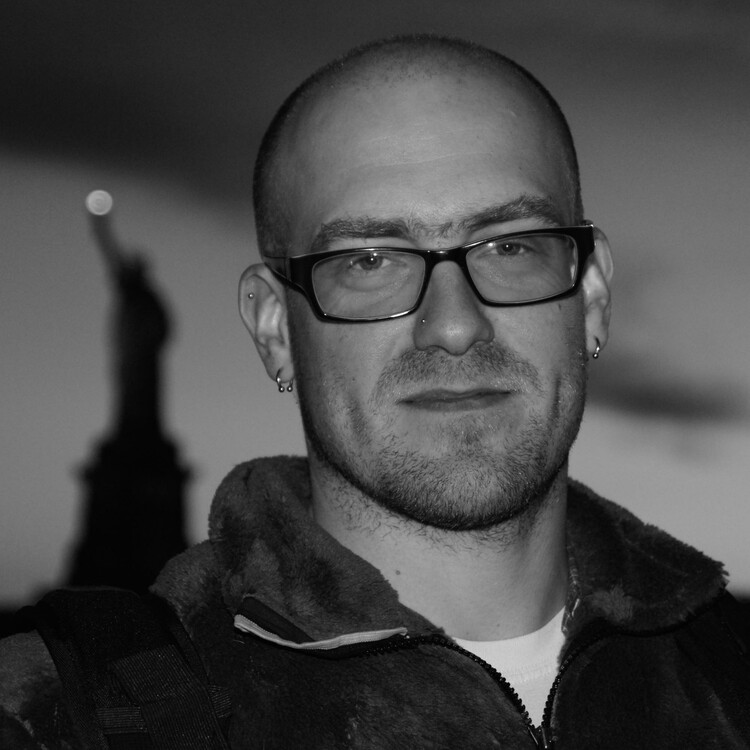 What makes solo theatre unique? How might artists approach and create a solo play? And how might we get audiences to embrace this form? In this series, seven theatre practitioners share their experiences working on and creating solo performance pieces.

Awesome piece, Michael! Very inspiring! Thank you for sharing it!

This. This. This is what I love about the work we do. THANK YOU.