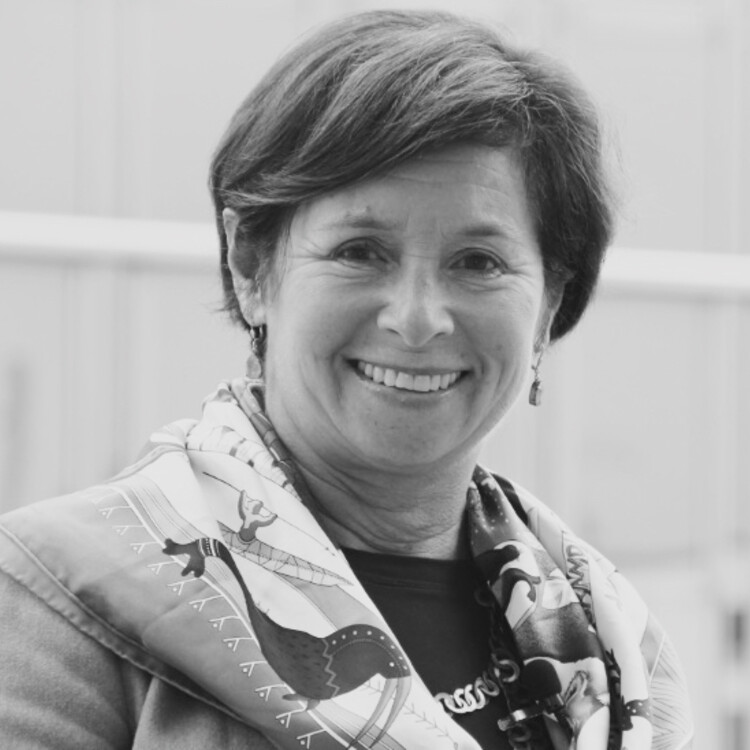 At a time when the United States is turning inward, seeing diversity and immigration—traditionally America’s strengths—as dangers, and threatening to eliminate government funding for the arts and humanities, Australia, with the groundbreaking Asia Triennial of the Performing Arts (AsiaTOPA) Festival is doing just the opposite.

Conceived and curated by Stephen Armstrong and Kate Ben-Tovim of the Arts Centre Melbourne, and supported by a coalition of private philanthropy and government—federal and local—funding, AsiaTOPA aimed to reach out to Australia’s Asian neighbors, and to reach in to its own migrant communities.

Australia generally, and Melbourne particularly, has a tremendously diverse population, reflecting waves of immigration, most recently from Asia. Yet, before AsiaTOPA, this diversity was not reflected in the city’s major performance spaces. From lush spectacles such as Satan Jawa, a mystical story captured in a black and white silent film and accompanied by live gamelan music, to quirky films by contemporary Chinese film maker Wong Ping, Asian rock bands, and Chinese-Australian exercise groups at the late night XO State events, AsiaTOPA not only offered something for everyone, but also engaged substantial numbers of the local immigrant population.

In the highly competitive international festival scene, AsiaTOPA will live or die by the originality and quality of its program, the caliber and depth of its risk taking, its involvement in new repertoire development locally and regionally, and the uniqueness and relevance of its offering to highly diverse audiences.

Redefining Performing Arts Festivals Globally
AsiaTOPA has redefined performing arts festivals not only in Australia, but also globally. What sets it apart are its:

Blessed with a generous founding donation from the Sidney Myer Fund, who co-initiated the event through its Chairman, Carrillo Gantner, festival organizers Stephen Armstrong and Kate Ben-Tovim did something very surprising: they shared the funds with colleagues in institutions throughout Melbourne, providing seed money for no fewer than ten new commissions. Armstrong and Ben-Tovim knew that more than platitudes and pep talks would be required to incentivize their colleagues to become actively engaged in the spirit of cross-cultural collaboration that lay at the heart of AsiaTOPA. So, they distributed funding to different institutions in Melbourne resulting in: the Malthouse Theatre producing Little Emperors from China; Chunky Move dance company producing Anti-Gravity, a collaboration with Singapore multimedia artist Ho Tzu Nyen; Lukautim Solwara, an Indigenous and Pacifica First Nations collaboration; and a weekend-long partnership between the local writers festival and the Jaipur Literature Festival, among many others. Although centered around the Arts Centre, AsiaTOPA took place all over the city in venues big and small.

Importantly, the curators travelled extensively for a number of years to identify their collaborators and commit to invitations before they sought funding support from international government partners. In the highly competitive international festival scene, AsiaTOPA will live or die by the originality and quality of its program, the caliber and depth of its risk taking, its involvement in new repertoire development locally and regionally, and the uniqueness and relevance of its offering to highly diverse audiences. This does not equate to presenting cultural showcases underwritten by neighboring governments—AsiaTOPA does not feature “cultural exports” so much as create space for cultural dialogues at every level.

Addressing Climate Change
AsiaTOPA 2017 also offered a model of integrating artists with scientists and policymakers to tackle what is arguably the existential global crisis of our time—climate change. The Water Futures conference brought together an extraordinary array of interdisciplinary experts and artists to share real-life problems and solutions from around the globe. It was supported by commission funding from AsiaTOPA, and organized by Arts House and the NGO TippingPoint Australia, two organizations with distinguished track records of harnessing the complimentary assets of artists, scientists, and policymakers to tackle climate change. My presentation of the US position under Donald Trump, delivered soon after the nomination of Scott Pruitt, was met with disbelief and dismay over the loss of US leadership on this crucial issue.

Engaging Indigenous Artists
In keeping with the practice of TippingPoint Australia, Indigenous artists, environmentalists, activists, and thought leaders also contributed significantly to all aspects of the Water Futures conference. This thorough integration of Indigenous knowledge and experience not only enriched Water Futures, but also offered a welcome departure from the still all-too-common practice of including one (token) Indigenous perspective, if any at all. On the critical issue of the future of water on the planet, it is hard to imagine more important authorities than the Indigenous population of Australia who have mastered water management for millennia. Furthermore, American First Nations artist Emily Johnson also performed and participated in the conference, providing fascinating points of connections with Australian counterparts, and also a dramatically different perspective from that of the current US administration.

Notably absent from the program of AsiaTOPA was Australia’s leading Indigenous performing arts company Ilbijerri Theatre Company—but with good reason. The company was provided seed funding to explore potential collaborations with indigenous artists and companies in Asia. Artistic Director Rachel Maza and Executive Producer Simeon Moran found such rich and varied possibilities for collaboration that they felt they needed more time to fully take advantage of them. The response of Stephen Armstrong and Kate Ben-Tovim: “Fine, we’ll wait until 2020.” Another stand out quality of AsiaTOPA—patience.

Building Diplomatic and Business Connections
AsiaTOPA also redefined arts festivals in Australia and provided food for thought for other countries in the extensive collaborations with government and business partners to leverage the power of arts and culture for diplomatic and business purposes. Australia has used hospitality around sports events to build diplomatic, trade, and business connections, but AsiaTOPA represented a significant shift in the way that contemporary performance culture has served as the platform for building these connections.

National and federal government officials found that AsiaTOPA offered an extremely effective platform. Both the Department of Foreign Affairs and Trade (DFAT) and the Department of Trade and Investment of the State of Victoria government made significant donations to AsiaTOPA for the purpose of engaging with counterparts from Asia. For example, the Australian Indonesia Institute of DFAT held their annual board meeting in Melbourne around the premiere of Satan Jawa. The production of the Mao-era Red Detachment of Women received significant support from the Chinese Ministry of Culture, and provided the occasion for meetings between Australian and Chinese diplomats and business leaders. It’s no surprise that DFAT was abuzz with talk about how productive the engagements around AsiaTOPA had been, because, unlike inviting Chinese or Indonesian leaders to watch the Australian Open—with which they have no direct connection—extending an invitation to a great performance by their artists who have been honored by an invitation to perform in Australia already puts the Australian hosts on the right foot. They are essentially offering the Chinese and Indonesians (or whomever) a gift—the gift of respect and admiration for their cultural product.

Building Relations with Immigrant Populations
Australia understood this lesson well and already had leveraged the power of cultural connections to strengthen ties with other countries and their own immigrant populations. In 2012 after a spate of attacks beginning in 2009 on Indians living in Australia, the Australian Ministry of Foreign Affairs and Trade funded OzFest in India, a four-month program of Australian culture in India. Crucially, OzFest was not a typical public diplomacy “show and tell” initiative, but instead involved collaborations between Australian and Indian artists—resulting in exciting, groundbreaking performances such as the opening night spectacular concert featuring Anoushka Shankar, Australian Aboriginal singer Geoffrey Gurrumul Yunupingu, and Australian didgeridoo virtuoso Mark Atkins.

Extending a hand through culture, as well as other efforts, paid off. The number of Indian students in Australia has steadily risen since 2012. This is no small matter, since foreign students contribute $20 billion to the Australian economy.

With support from Melbourne’s city government, AsiaTOPA targeted the foreign student population with one of its most popular events, the Asia Pop Fest, held to welcome international students back at the beginning of the academic year. From heartthrob Chinese pop stars to Japanese vocaloid IA to K-pop diva Ailee, the sold out crowd was enthralled. This type of inward cultural diplomacy, reaching out—or rather in—to Asian immigrant populations in Australia, as well as to international audiences abroad sets AsiaTOPA apart.

Of course, not everything was perfect, and there were some political controversies, but even they were instructive. For example, the Chinese government authorities had issues with the play Little Emperors. More specifically, they objected to the fact that the date of the first day of the Tiananmen Square uprising was mentioned on the stage. Fascinating that this bothered them, not an entire play about the catastrophic impact of China’s one child policy. The Australians ignored these suggestions to edit the text—or rather, listened politely and then ignored them— and the show went on, Tiananmen Square date and all.

The unique capacity of the arts to move, to change perceptions, and to increase understanding across borders, cultures, and languages is reflected in the breadth and ambition of AsiaTOPA.

The ballet performance of the Cultural Revolution classic The Red Detachment of Women also provoked some backlash from Australians and Chinese alike. Given that the Cultural Revolution resulted in the deaths of 30 million people, some felt that the ballet made light of this deep tragedy. But what would an arts festival be without some controversy?

The unique capacity of the arts to move, to change perceptions, and to increase understanding across borders, cultures, and languages is reflected in the breadth and ambition of AsiaTOPA. In the brochure for the festival, corporate sponsors note:

AsiaTOPA has been developed to promote Australia as a contemporary, creative, successful, diverse, and tolerant nation: and an attractive place to study, work, visit, and invest.…Underlying AsiaTOPA’s programming is a goal of breaking down cultural barriers locally, building bilateral dialogue and promoting Australia internationally as a confident, engaged, and diverse nation.

With its generosity to its Melbourne colleagues, its daring, new collaborative works with other countries, its patience with and support for its artists, and its inward cultural diplomacy engagement with Australia’s immigrant population, AsiaTOPA has redefined what a performing arts festival can be. Who knows? A few triennials from now, it may be redefining Australia!