Well, needless to say, having a student say, “I was really looking forward to taking this course, but your selection of content left me cold” is a difficult critique for an instructor to take. After all, we all strive to offer our students the best learning experience possible. Jose Rodriguez’s blog alerted me to the notion of “grey sexual” and how a student with this palate might react adversely to any content whereby human (sexual) passion drives the action. I place sexual in parenthesis because I learned that my threshold for passion includes a wider array of sexual and non-sexual kaleidoscope than I previously realized. It would have been easy to ignore Jose’s entry or to conjure up an excuse to the student and not include his voice here. That is not the way I chose to proceed—sometimes we professors just have to eat humble pie and offer a space for dissenting voices, regardless of getting egg in the face.—Teresa Marrero, series curator

“I feel like I fit in here,” is a common quote I hear when people talk about why they are in theatre. It’s hard to share this sentiment when I feel disconnected from such a large majority of the work. There are common elements that bind most theatre together, but push me away. This disconnect I often feel was only heightened in my Latino Theatre class at the University of North Texas.

I am a first generation American who still celebrates my Mexican culture with my family. The biggest thing that isolates me from theatre, though, is that I am a gray asexual. I feel no romantic or sexual feelings of any sort.

I am a future educator, actor, costume designer, and director. These are the parts of theatre I currently study. I am Latino, and my family comes from Guanajuato, Mexico. I am a first generation American who still celebrates my Mexican culture with my family. The biggest thing that isolates me from theatre, though, is that I am a gray asexual. I feel no romantic or sexual feelings of any sort.

Since the beginning of my fall semester of 2015, I was pumped to take Latino Theatre as an elective for the upcoming spring semester. I couldn’t contain my excitement, and I thought this was going to turn out to be the best class I would be taking this semester. As the semester dragged on, my optimism dwindled, mostly due to the required readings.

A large portion of the plays we read in class revolved around passion, desire, lust, and romance. My personal distaste for such content perhaps made me see them as the main themes; there were times when these ideas weren’t as prominent, but I felt like they were being thrown in my face nonetheless. There were a few plays in particular that left a sour taste in my mouth, Fur by Migdalia Cruz in particular. That play’s intention of showing the more grotesque side of a love triangle really bothered me. I do not choose to read plays like this, but it was a required reading. 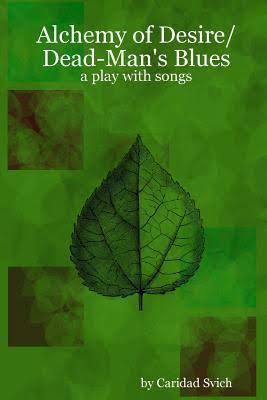 The first play that I quite enjoyed was Alchemy of Desire/Deadman’s Blues by Caridad Svich. The bayou area of the play laced with magic drew me to like this play. Then we also began to read more comedic plays, which I am more interested in. The best comedy I read in the course was Mambo Mouth by John Leguizamo. There were those elements that usually turn me away, but the medium of delivery allowed me to enjoy it. My favorite play overall, though, was Water by the Spoonful by Quiara Alegría Hudes. It was beautiful, and surprised me with a nice plot twist. It has been a while since I read something written this well.

It wasn’t until I enjoyed the plays that discussion started to interest me. I personally love to argue. There was an in-class exercise where only the four people in the center were allowed to talk. If someone wanted to talk, they had to tag out a fellow classmate. This offered quite the heated discussion. This was my favorite in-class day. It was especially effective in having me absorb the material.

Although the plays were a rough patch, I love the project element of the class. The midterm assignment was to create a Joseph Cornell box. I did mine about Alchemy of Desire, and I brought KFC bucket cutouts to represent more physical elements. Other people in the class had beautiful boxes; mine seemed trashier, but that matched my play. For our final directing project, I worked on a short segment of Swimming While Drowning by Emilio Rodriguez. I made special cuts to have the “memory affecting the present” effect. I also used an all-female cast to further create representation for a non-heterosexual point of view.

The projects offered large amounts of artistic creation and freedom. Overall, I am glad I took this class. I love that I got to learn about more Latina/o writers and works. I just wish there were less plays with sexual subject matter, and that the class explored TYA plays. Our final day of class was spent discussing what changes could be made for next year. I threw my hat in the ring, and offered my changes. I’m sure the next time this class comes around, it’ll be amazing.

How awesome! Great article too!

Professor Adrianna M. Santos writes about assigning a performance project to the undergrads in her Latina/o Literature survey class.

"Aquatic Thought" and Reflections on a Fornesian Playwriting Workshop

Kevin Howard wraps up the Better Up series, sharing his thoughts on a Fornesian writing workshop, and the piece he created in it.