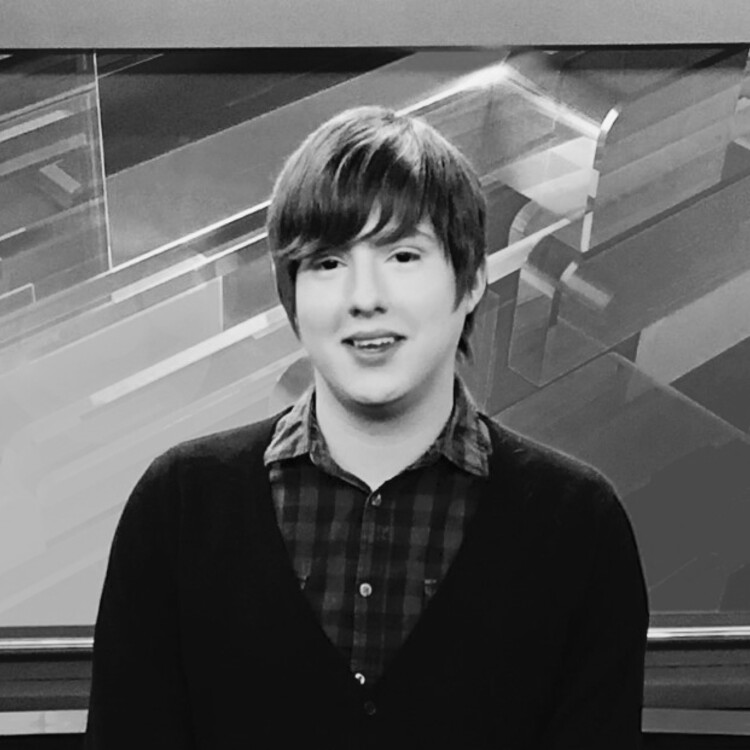 After getting blown out of the water with a less than satisfied student (Jose Rodriguez) I found Enrique Granado’s piece on his Cornell Box quite exhilarating. I invited Enrique to hand in his documentation on his process of building the box for this blog because it proved to be totally in synch with Joseph Cornell’s process, as well as Nilo Cruz’s. I included this exercise as part of the class project because I had read about Nilo doing these boxes in his own creative journey, and I am inclined towards a variety of assignments that offer students opportunities to be creative visually. Frankly, I love to be surprised by students’ imaginations!—Teresa Marrero, series curator

Joseph Cornell (1903-1972) was an American modern artist who used surrealist techniques to pioneer a new kind of art: the Cornell box. The Cornell box makes use of found objects, fusing together elements of a collage and a diorama, to create a timeless work of art encased in a box with a glass display. Though Cornell was considered a leader in the international modern art movement, he didn't have any formal training in art and never considered himself an artist but rather a designer. He pieced together everyday things he had on hand with objects he collected at  junk shops. He allowed the objects and his exploration through the stores to spark his creativity instead of having a set idea or concept dictating the process.

I created a Cornell box for my Spring 2016 Latino Theater Topics midterm project with Dr. Teresa Marrero. In class, we read that playwright Nilo Cruz often uses Cornell boxes as part of his writing process. I was later invited by Dr. Marrero to write about my creative process.  I stepped into the shoes of Cornell and began my journey in creating my own Cornell box for the play Fur by Migdalia Cruz.

I instantly identified with Cornell’s spontaneous process because I didn't have a concept initially. I began at Hobby Lobby where I stumbled upon a triangle-shaped memorial flag box, and the shape offered a frame through which to tell the story. 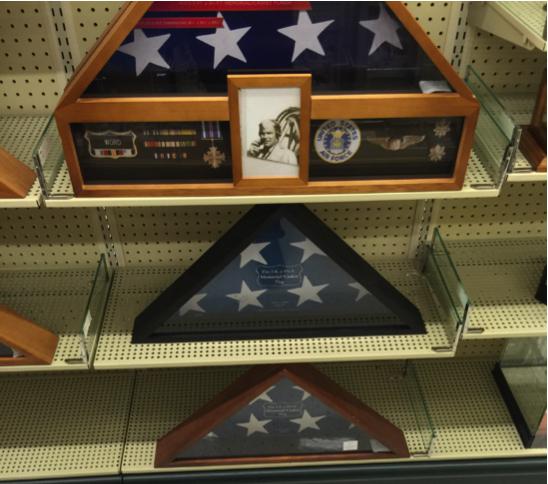 In Fur, there is a love triangle between the three characters: Citrona, Nena, and Michael. Citrona is a hirsute woman who has been treated like an animal her whole life and locked in a cage like one. She is sold by her mother to a man named Michael who intends to marry her. Michael hires a beautiful but vein woman named Nena (who is secretly in love with Michael) to take care of Citrona. Citrona falls in love with Nena throughout the play, but her love isn’t reciprocated. Citrona loves Nena who loves Michael who loves Citrona and this complex love triangle collapses in the end. I wanted these relationships to be the focal point of my design. As I navigated the store, I found myself looking at the different fur fabrics. I thought about encasing my box in this fur fabric to represent Citrona’s exterior—who she is to other people.

As I continued walking around the store, the idea of splitting the box in half to show Citrona’s inner conflict came to mind. I wanted one side to be dark and represent Citrona’s fears, nightmares, and realities. I wanted the other side to be light and bright and express her hopes, dreams, and desires. Going down the paper aisle gave me the inspiration I needed to best visually portray this. 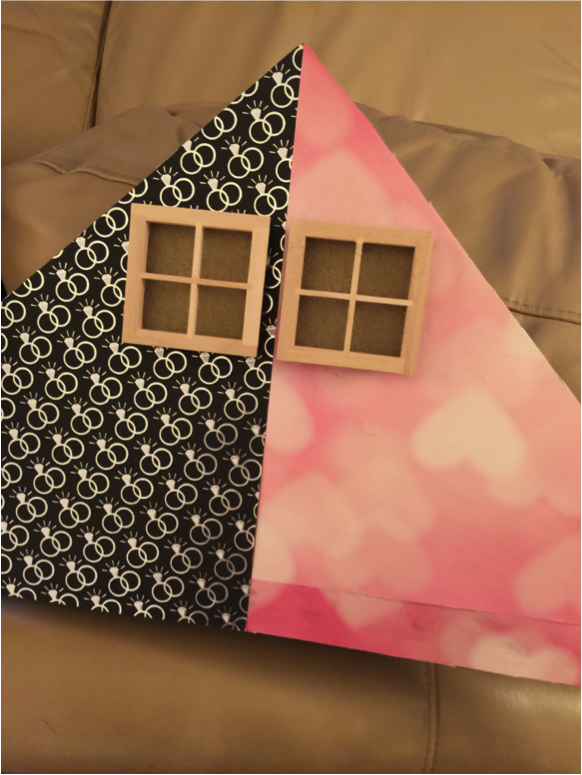 I used the black, engagement ring background as my dark side, representing Michael’s proposal and plans of wedding Citrona. Citrona has been caged all of her life, and a marriage to a man she didn't love would be the worst entrapment she could encounter. I believe it spoke to her worst fears and the realities of her situation. In the play, Nena gives Citrona a pink, satin robe to cover herself. Citrona cherishes it and takes it as a symbol of love. The bright, pink, cloudy, heart-shaped background united the symbolism of the color of pink and what it represented to Citrona with the cloudy, dream-like infatuation she felt for Nena.

The play takes place in a desert suburb of Los Angeles, and the playwright wanted, “sand visible at the window [to] pile higher and higher as the play progresses,” to symbolize the characters sinking away from hope.  I used window panes that I found from the doll house section of Hobby Lobby and glued rolls of desert sand décor (which is like expensive sand paper) behind it. This served as a key element in the background of the Cornell box.

I wanted the cage to be the central focus of my box but I had trouble finding a pre-made cage; I found sticks of wood and a sheet of mounting board to make one. Citrona lived in a cage her whole life and coming out of the cage in the end was a cathartic moment. She would break live rabbits’ necks, eat them raw, and pile the pellets on one side of the cage. In scene sixteen, Citrona tries to make her cage more inviting for her encounter with Nena; she makes a chair from the bones of the rabbits and a bed from their pelts. I found small, colorful bunnies that I glued together to shape like a chair and placed it on the dream side of the box. 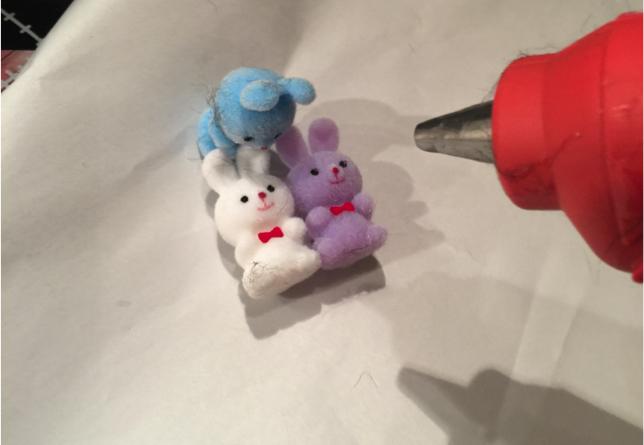 I didn't find my figurines for the play at Hobby Lobby, so I searched Toys R Us the next day. After walking around the store for two hours, I came across a series of dolls modeled after the character Belle from Beauty and the Beast. I knew she would be perfect to represent Citrona because Migdalia Cruz said she got her inspiration from the story of Beauty and the Beast. I wanted to make Belle into the beast; so I bought craft fur, cut it up, and laid it onto her to make her into this hirsute, beastly woman. 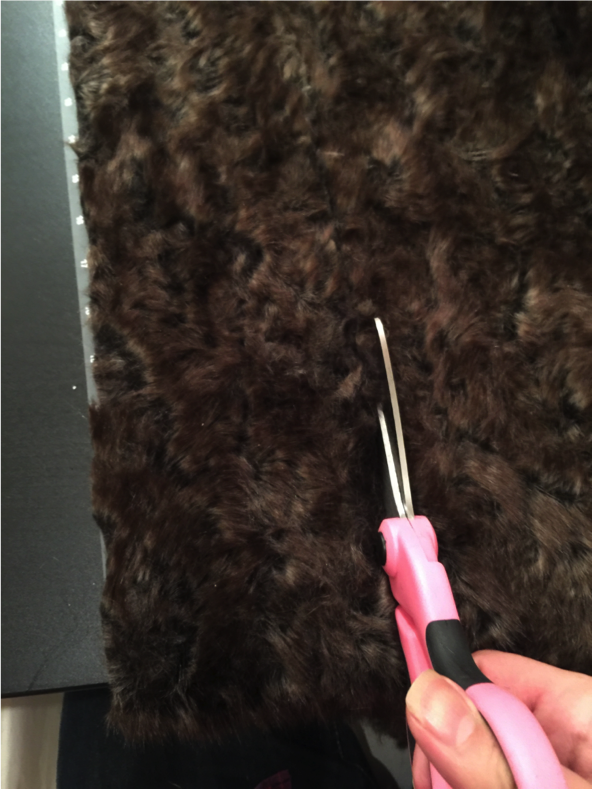 My original concept for portraying Nena was using a Cinderella figurine, because she was hired as a janitor for Nena, but still kept her girly and superficial traits. All of the princess dolls had interchangeable dresses, but the dresses weren’t sold separately. Cinderella was wearing a blue dress and Belle came with a yellow dress; because I wanted Citrona to be wearing the pink dress Nena gave her in her dream side, it didn’t make sense to buy Cinderella. Aurora, however, came with a pink dress, and I believe her personality better matched Nena’s because Aurora is more naïve, air-headed, flighty, and superficial than Cinderella, which is exactly how Nena is depicted in the play. 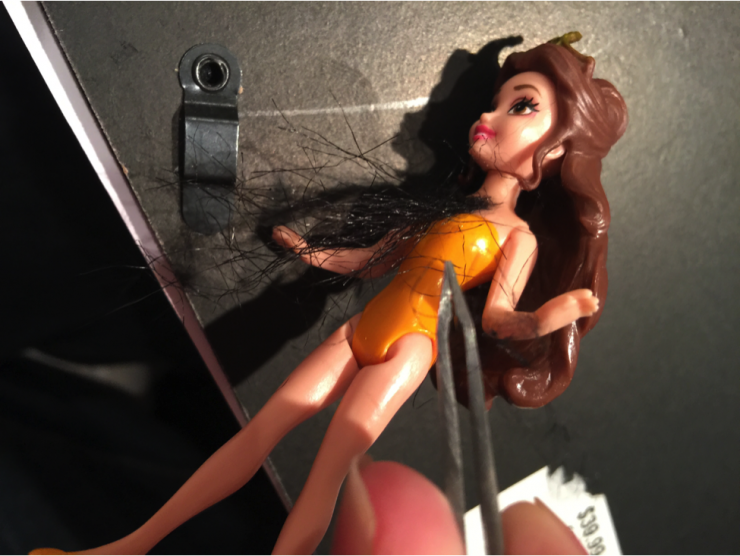 I wanted Michael to be represented as a cowboy (given the the desert setting and how he has pride in roping and caging an “animal”). None of the stores I looked at carried cowboys, but I came across a sleazy looking man at Toys R Us with a shirt unbuttoned and thought he would be perfect for the part of Michael. 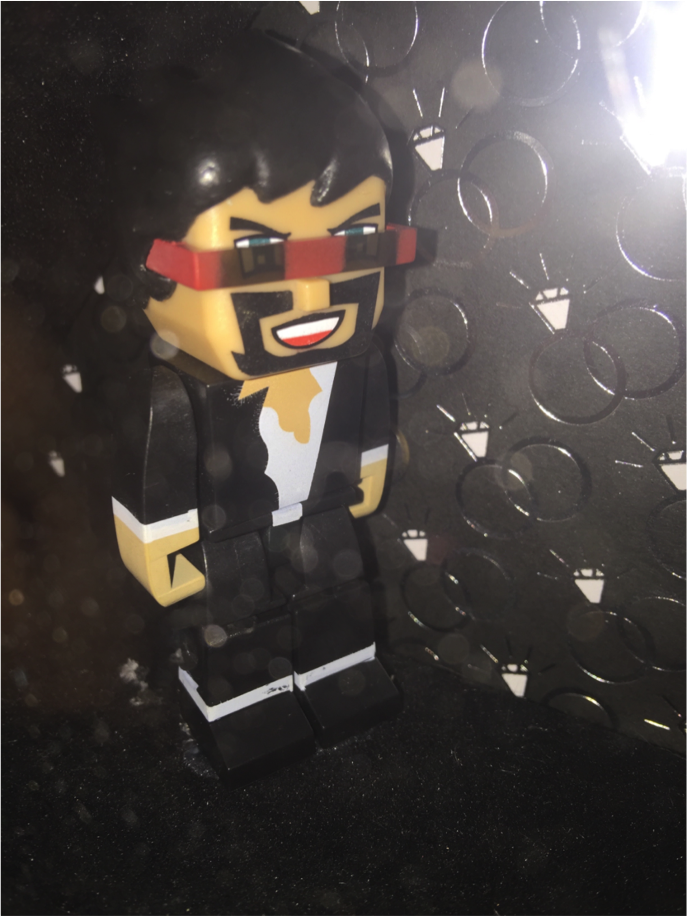 Nilo Cruz said when he looks at his Cornell box, he immediately enters the world of the piece though the images. He also uses the box to determine the composition of a piece. When staging my Cornell box, the use of space was very important to me. I wanted each character of the love triangle to be placed in each corner of the triangular box; I placed Michael in one corner, Nena in another, and Citrona in the center of the top of the triangle because she is the center of the love triangle. I also wanted to put as much distance between Citrona and Michael as possible because she is emotionally distant from him in the play, and she tries to physically distance herself from him throughout the play as well. I turned her head away, towards her dream side, because I wanted it to be apparent that her dreams are what she is looking towards. I placed Citrona and Nena close to each other and out of the cage, to symbolize their positions at the end of the play. 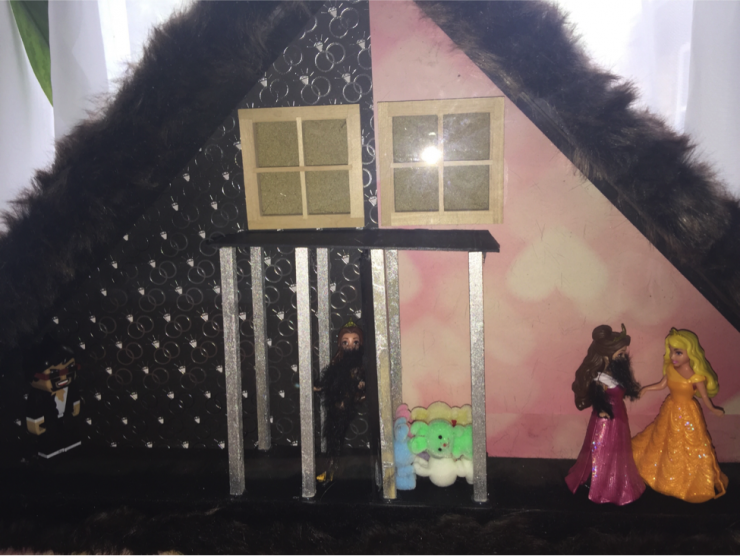 Like Cornell, I am not an artist, but shopping around gave me inspiration for creativity. I love how my use of space, shape, color, and form are able to represent the essential elements of the play. This process has inspired me to be more creative, and to see how a 3-D collage can represent life inside and outside of the theatre.