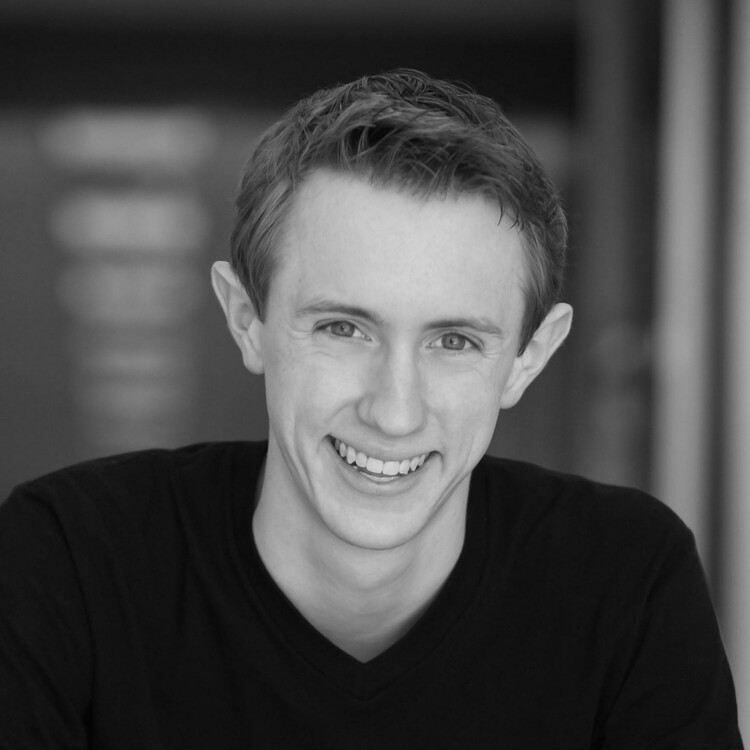 They say the most unbelievable stories are found not in fantasy, but in the chronicles of our own history. The life of the Ovitz family is a prime example of this theory. The Ovitz's were a family of seven siblings with dwarfism who became international Vaudeville sensations before being taken by the Nazis in 1944 for their double "undesirable" status as Jewish people with disabilities. On the train platform at Auschwitz, they caught the eye of Josef Mengele, known as "The Doctor of Death,” whose morbid fascination with the family led to a twisted patronage that made them the victims of unimaginable experiments, but also allowed them to survive until the liberation of the camp.

A pretty amazing story, right? And one that any playwright, producer, or director knows would make a stunning piece of theatre. I cannot take credit for writing a play about the self-proclaimed "Lilliput Troupe"—for that we can thank Gaby FeBland. In her beautiful new play The Lilliput Troupe, she has delved into the Ovitz's   world and imagined their return to the stage post-WWII. After a two-year evolution, I have the distinct honor of leading the producing team, with my fearless co-producer Sally Lindel, as we take The Lilliput Troupe Off-Broadway this fall as part of the 2015 Araca Project. 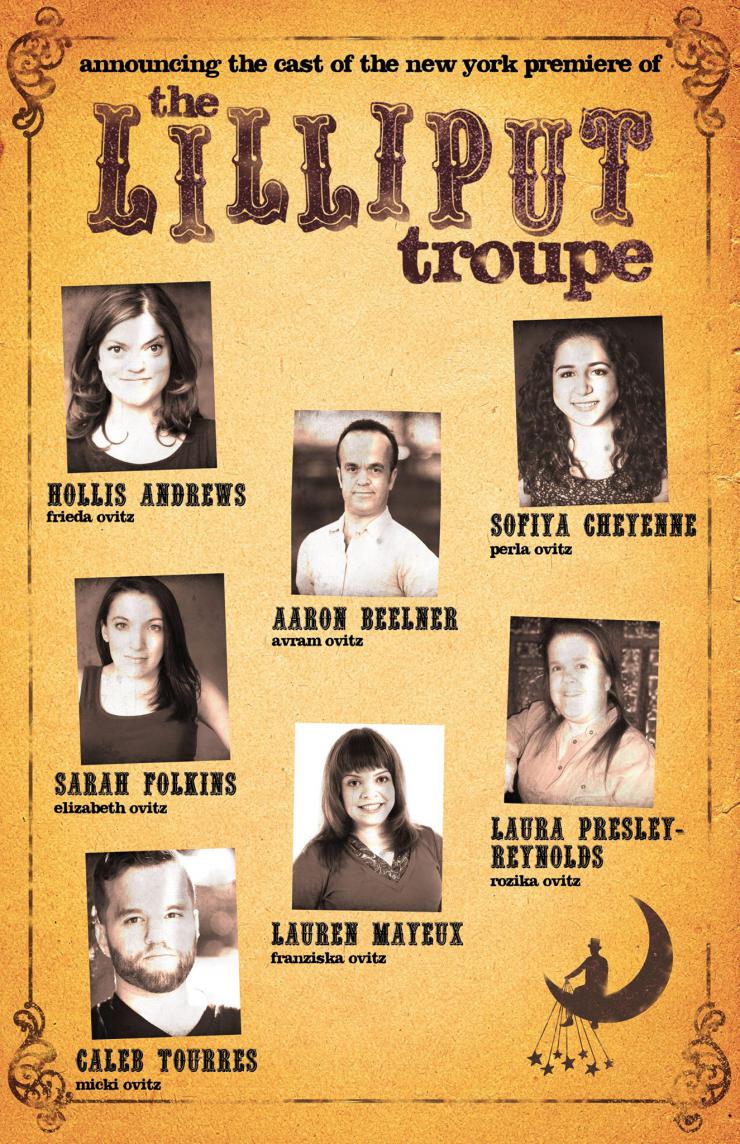 As a producer, this show inspires, excites, and drives me, but it also terrifies me. Finding seven actors with dwarfism to bring the story to life has been a real challenge. When the play was workshopped at Northwestern University last year, it was cast from the limited pool of Northwestern actors, all of whom are of average height. When we pitched the show to the Araca Project selection committee, however, the first question asked was, "You'll be casting actors of short stature, right?" We were caught off-guard because casting the show with actors who have dwarfism had always seemed like a far-off dream—something that lived in the "wouldn't it be amazing if..." realm. Our mentors told us that it was not only possible, but essential. We completely agreed and thus committed to the task of casting The Lilliput Troupe with little person actors.

This casting process has been one of my most rewarding experiences as a producer because it has challenged my abilities and my existing ideas.

Armed with our ideological excitement and ample passion for the opportunities our play could provide for an often underserved community of performers, we set out to cast. Then we started facing the reality of the situation: there are surprisingly few resources for seeking out differently-abled actors. We were helped immensely by the team at the Alliance for Inclusion in the Arts, a national organization dedicated to advocating for the casting of underrepresented artists, but even their database of little person actors was limited. Even if we had been able to cast every actor on their list, we would still be in need of several more actors to fill out our cast. Once we factored in actors’ schedules and conflicts, an already limited list shrank even further.

We were undeterred, however, as we posted on Breakdown Express, Actors Access, PlayBill, and Backstage and waited for submissions to come rolling in. And oh boy, did they come in. Unfortunately, the overwhelming majority of submissions came from "short" actors or actors who defined themselves as "petite," rather than from actors who identified as little people.

We did find several amazing actors with dwarfism from these channels. Through our process we had the chance to talk to performers who brought a wealth of experience to the table, and will bring integrity and humor to the Ovitz's   story. After finding about half our cast, though, we hit a wall. We contacted every agency we could find that represents actors with disabilities, scoured through countless IMDB articles, and came across far too many "rent-a-midget" websites (to be clear, one is too many, and I found way more than one). It’s estimated that one in nine little people have a career in the performing arts—a fairly sizable ratio—but most of these performers are working for major Hollywood movies, amusement parks, or in the commercial sector. Many of the actors or agents we were able to contact wouldn't consider auditioning for a show operating on a storefront budget, even if it was classified as Off-Broadway.

This brings us to the larger problem that nobody warned us about. The challenge more difficult than finding differently-abled actors is that of dealing with the budget such casting requires. We had to expand our search nationally, which meant covering travel and housing. We are thrilled to be casting these actors, but doing so has also meant doubling our budget and fundraising goal. What we’re able to offer is still not enough for many actors. I can't blame people who want to forgo my show when they can get gigs that pay over a thousand dollars for a day’s work—even if that work involves being “Santa's little helper.” 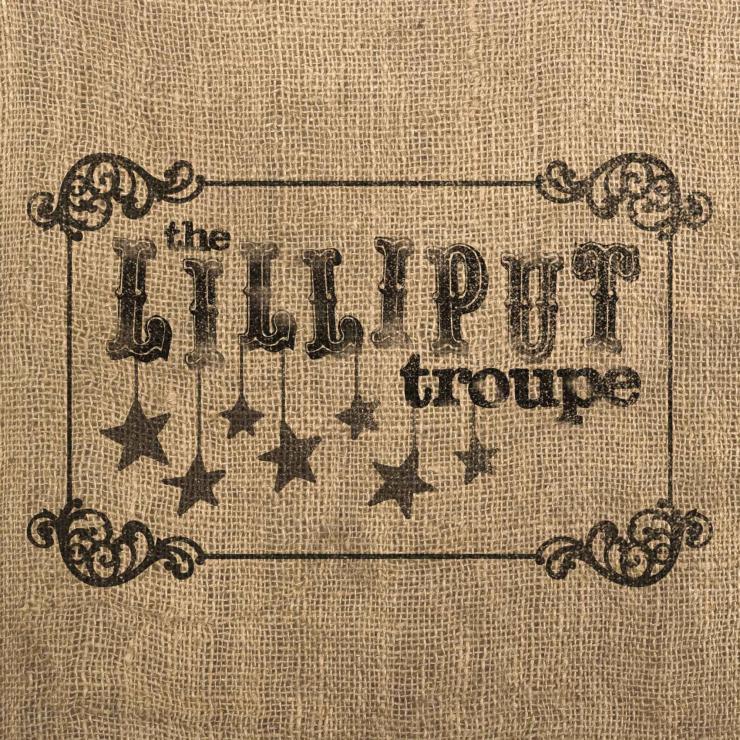 What does all of this mean for producing work authentically as a small theatrical venture?

Making the decision to cast differently-abled actors and tell underrepresented stories is only half the battle. Successfully producing this work opens another can of worms. You suddenly have to deal with contractual, financial, and logistical questions that you would not typically face. I still say absolutely do it, though. This casting process has been one of my most rewarding experiences as a producer because it has challenged my abilities and my existing ideas. Even though we are operating on a shoestring budget and without the support of a preexisting theatre company behind us, meaning we have no starter fund, and most agents won't return our calls, we are still making it work. It is possible, but it is also not easy. The system we work in does not favor differently-abled artists at any step of the process.

How do we make it easier? A national database accessible to theatre companies of all sizes? A conference for producers on casting differently-abled performers? A grant program for producers of small ventures who need to cast from across the nation? I guess the moral of the story is that as theatremakers—small or large scale—we have an obligation to share stories the world needs to hear, and often times that means giving a voice to those society tries to silence. Even though it’s hard, it doesn’t mean we are any less obliged. That the driving force that pushes me forward and keeps me from breaking my laptop in half when I get redirected to ShortDwarf.com once again.

Congratulations on your production and excellent article. Sounds awesome, wish I could see it.

This is an incredible show. We saw it at Northwestern and we are so excited to see it come to life again. Thank you for sharing your perspective, with all its challenges and rewards!