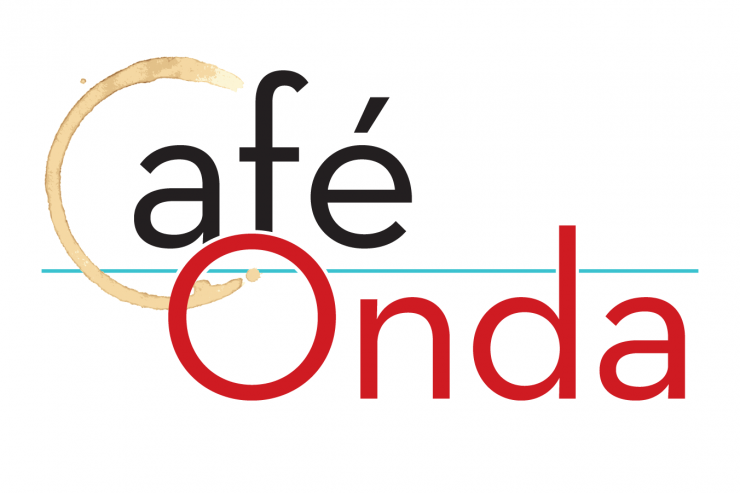 January 2015 will mark six-months since the official launch of Café Onda, the online journal of the Latinx Theatre Commons. I know nothing of babies, but if this is the time when teething begins, then the simile is legitimate. We are entering a period of the growing pains of any publication and are excited about what the future holds for us. Thank you to our passionate contributors that have helped us launch the online journal and have remained our allies as we continue to grow; thank you to our readers for participating in the conversation around the New American Theater. We hope 2015 activates us all and that Café Onda will continue to function as a digital-stage in which to strengthen our conversations, and augment our visibility. For now, we leave 2014 by offering you some of our favorite excerpts from Café Onda this year.

The extraordinary power, and subtlety of human interaction is first and foremost why we travel and need to keep meeting, whether in regions, nationally, or more importantly, in the Americas to build our collective artistic community. This is incredibly important. The national community and agenda is developing and in need of action. The leaders in our field are present and willing, the work is full of abundance, rigor, and ready for expression. Artists are hungry for the exchange with other artists and as we have learned over the last thirty or so years, the American theater, once the center of progressive thought and idea, is in desperate need of leadership. In other words, our time is now. And by “our” I mean just that. If you see yourself in the “our,” then the movement is waiting for you. The tools are there; we just have to use them. A borderless future awaits.
—A Borderless Future by Luis Alfaro

José Luis Valenzuela: It’s really my dream that in the next five, six, seven years we can help create a cohort of younger people who believe in our mission and take a it further. Because what’s so interesting about younger people to me is that they don’t have the same issues around race as we do. That’s not their conversation. They will create a new theatrical language, which I’m sure will need a different infrastructure from anything we’ve prepared. Ideally, we would build a kind of an institute for young people to jump into the professional world with their ideas for the American theater.
—In Dialogue with José Luis Valenzuela by Jamie Gahlon

The devising groups are working together; total strangers two weeks ago are now devising works that will demonstrate collective efforts—just as we did in the 1960s, 70s and 80s. The difference is that these people are not only student activists but (mostly) young adults and other veterans of the Chicano Theater Movement as well as professionally trained theater artists. Some are first-generation North Americans; others are descendants of immigrants.
—Encuentro 2014: Moving Forward, Never Forgetting The Past by Jorge Huerta

Mentoring is an easy habit to pick up and develop. It doesn’t need to be structured or planned in advance. It doesn’t need to feel like work. Mentoring can be as simple as a series of small gestures. Get to know a new artist and introduce them to others. Recommend plays to read, listen to their challenges, and share your own. Become familiar with their work, attend readings, workshops, or productions and thank them when they, in turn, attend yours.
—On Mentoring and Paying it Forward by Marisela Treviño Orta

Our art must reflect the communities we serve. We must recognize that by excluding culturally relevant and culturally specific theater, we are often excluding our own potential audience members. More specifically, as an institution of higher learning, it is our responsibility to serve our students theater that reflects their world—and the world, as we know, is rapidly changing. If we do not adapt and evolve our pedagogical and production practices, we must be prepared to accept that the growing and changing population will leave us behind.
—Access and Representation on The Border Stage by Rebecca Rivas and Adriana Dominguez

In the Latin American tradition, the poet, performer, and artist bears a social responsibility, an almost mythic duty, to document and articulate the people’s struggle—la lucha de la gente—when they are denied effective means to have their voices heard in their fight against oppression and their many oppressors. I am an interdisciplinary artist, and I explore the underbelly of the “American Dream” mythology and the Latina/o immigrant experience through writings, performance, and visual art practices.
—Aliens, Immigrants and Other Evildoers Invades Encuentro Festival by José Torres-Tama

Tlaloc Rivas: I believe that professional theater and academic theater feed each other by the flow of young artists entering the profession after training, and by the steady exchange of experienced professionals. Nothing meant more to me as a student than the professional experience of my professors. Also, the rigorous questioning I engage in as a teacher makes me a finer director, and connecting with my students keeps me powerfully grounded in the essential elements of the art form.
—Directing Diverse Worlds: An Interview With Tlaloc Rivas by Elaine Romero

“Dreaming in Cuban” is dedicated to performance as a way to evoke, remember, feel, create, long for, and traverse Cuba. The discussion in the blog series that follows on Cuban theater and performance includes new research on contemporary, historical, ritual, and experimental performance based in Havana and Miami. Each of the contributing writers present unique ways of seeing performance as kind of dreaming that reaches beyond the Cuban cultural context and enlivens our understanding of what theater and performance do in the creation and renewal of community across the strain of national borders, separation by great distances, and temporal gaps.
—Dreaming the Body in Exile by Eric Meyer-García

The Latino Theater Company has a twenty-six -year history and draws on collaborative methodology. This long-standing collaboration can be felt through and through the ensemble work on display in Premeditation. Fernandez originally wrote the play in 1995 as a one act—a two-hander featuring only Esmeralda and Mauricio. When the play was expanded to full length last year, and with two more characters, Fernandez said it brought a lot more complexity to the plot. The cast improvised several different endings before landing on the one we see in this production.
—The Latino Theater Company’s Premeditation by Carol Kearns

During an informal reception sponsored by the Latinx Theatre Commons (LTC), conversation centered around the weekend’s success in positioning Latina/o theater and scholarship at the conference’s center, and the ever-present need to invite academics into theaters, artists into universities, and to continue exploring opportunities for collaboration. Conferences like ATHE, the recently-held Latina/o Studies Conference, the LTC 2014 National Convening and accompanying LATC Encuentro in Los Angeles, November’s American Society for Theatre Research (ASTR) conference, and the 2015 LTC Carnaval of New Work in Chicago each serve as important opportunities to build symbiotic networks that can potentially intertwine and prosper.
—Dreams of Resistance and Empowerment at ATHE 2014 by Noe Montez

And when my Beat poem lines and feminist rant rhymes did not seem activating or activated enough for me, I began to play bigger. I tried the avant-garde John Cage thing, accompanied by a jazz pianist plucking strings as I gyrated and moaned an extemporaneous grotesque solo. I played at the post-punk Kim Gordon thing, with a live band improvising while I chanted and cooed on-mic—through an oscillating fan that distorted my voice. And when, in Austin in the 90s, I hit the front lines of demonstrations and rallies—a near-weekly avocation anyone with political leanings comes to have when living there—I used my poetic voice and growing performance art bravado to create agitprop works and street theater one-offs.
—Speaking of Words and Other Undoings by Tammy Gomez

[But] the Latinx Theatre Commons (LTC) has not been known to wait patiently for beneficence to arrive from on high. Rather, the LTC’s many formidable accomplishments have all derived from our creative capacity as Latina/o theatermakers to leverage our existing skills, networks, and partnerships in service of this collective advocacy movement. So how might we continue in that tradition, while building upon Café Onda’s emerging strengths, to expand the “digital present” of the LTC? How might we manifest such a database of contemporary Latina/o theatermakers while also building a dynamic online archive for Latina/o theatermaking in the present and, possibly, in the past? In short, what can we as theatermakers do to chart our own digital present?
—Our Digital Present by Brian Herrera

Abigail: […] I think that we have to make it so that our readership sees us as a chapter in the narrative, not a separate narrative. That Café Onda acts as an archive, as a living conversation, and as a chapter in the story of the American theater. I hope that the present and future readership of Café Onda consists of those who are interested in that greater narrative. I think we still live in a time where we tend to think that if people are promoting themselves as a certain label that they’re excluding others. I don’t think that’s the intent of the Latinx Theatre Commons. I don’t think that’s the intent of Café Onda. It couldn’t be further from that, actually. So I would hope that in the future people would self-select Café Onda when they go to research the American theater.
—Cafecito: The Roots and Work of Café Onda by Jamie Gahlon, Abigail Vega, and Georgina Escobar

Finally, I got off the couch, and heard the translation read out loud. A room full of my favorite actors. A director I love. A stage manager who brought chocolate. It was my first day in a theater since my father died. The readers were passionate, vulnerable. The play transcended time and place and I—for a time—for a six-hour window of time—forgot grief. Forgot myself. Forgot my father, and how much I miss him. I was transported. I was happy. And I want to go back to that place. My sanctuary—for my whole life—has been the theater. The physical building, and the mind building. That place where Magic is Real. Maybe that’s what that stupid phrase means.
—The Mathematical Constant Grief (g!) as a Product of (Time)(Work) + Lorca by Melinda Lopez

Gabriel Augusto Liparini Queiroz sits down with Adilson Siqueira, Aneliza Rodrigues Prado, and Patrick Veniali da Silva to discuss their work at the Laboratory of Ecopoetics (ECOLAB) at the Federal University of São João del-Rei. They share their research on the concept of the corpo quebrada—literally the “bent body”—which responds to ecological crisis by embodying resilience and flexibility.

In Dialogue with José Luis Valenzuela

Moving at the Speed of Trust: Two Theatres, One Playwright-in-Residence