Duking it out with a Southwest Troupe

Cafecito (or coffee break) are interviews with comadres and compadres meant to shine a light on what small or large companies; independent artists or ensembles are doing around the country. Café Onda at cafeonda.com is an evolving publication. Sit back, take a sip, and enjoy our monthly Cafecito.

Once you’ve lived in New Mexico, or the Land of Enchantment, it seeps into your very bones, becoming an intrinsic part of who you are for the rest of your days.

Artistic endeavors here are equally singular and deep-seated. To explore the lure of creating theater in this captivating community, I spoke with Amelia Ampuero, Artistic Director and Co-Founder of Duke City Repertory Theatre (DCRT) in Albuquerque, New Mexico. 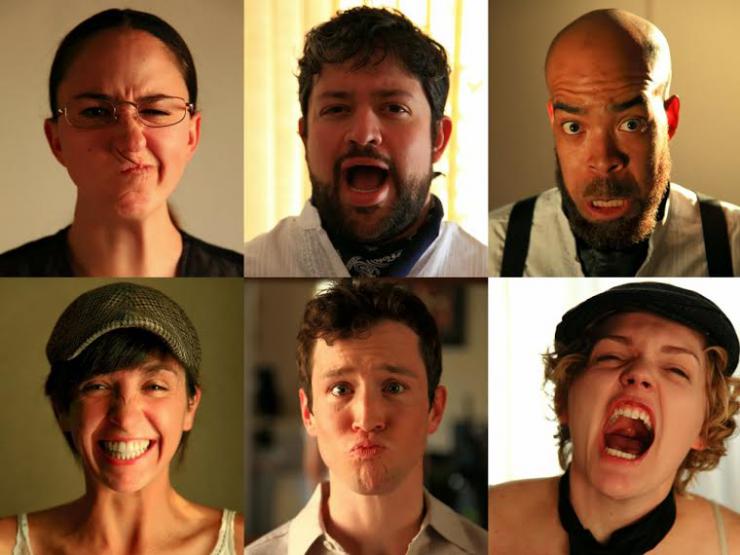 Elizabeth Dwyer Sandlin: Tell us about yourself and your background.

Amelia Ampuero: I’m the youngest daughter of two Bolivian immigrants who moved to this country in the early 70s with my older brother. I was born in Brooklyn, New York. Then, almost immediately, moved to Albuquerque. As an adult, I spent a little time in Texas, lived in Virginia for a few years—though I’ve traveled all over, but I’ve always been an Albuquerquean.

When the idea for Duke City Rep was born, I looked at different towns—like Austin, Texas, and Tulsa, Oklahoma. What kept bringing me back to Albuquerque was my love for this city and this state, and also, Albuquerque felt like the place that needed us the most. It felt like there was a real hunger for the type of top-notch, professional theater we like to present.

Amelia: As an artist, I am looking to produce work that is risky and bold. It's important to me that people get to see work by emerging playwrights in a season next to Shakespeare or Sophocles because I believe it makes all of those plays more accessible to audiences who might think "that type of theater" isn't for them. I'm interested in how theater can bring people together, how it can emphasize the idea of "community" and celebrate our differences, and how the theater we produce can inspire people to see the world in a different way.

We've been developing the idea of a playwriting initiative over the past few months. It's still a long ways from getting off the ground, but I'm thrilled (and a little terrified, in a good way). I like the idea of giving playwrights a space to explore their work, tell their stories, and hopefully tell the stories of our own New Mexico community and other communities that we don't get to hear from often enough in the American theater.

Elizabeth: Talk to us about the connection between New Mexico audiences and the theater you make.

Amelia: I’ve done theater in many other states, and I’m consistently amazed by how much New Mexico audiences want theater and how eager Albuquerque audiences are, in particular, to seek it out. I am in love with the audiences here. They’re smart, they go to the theater to be engaged, they want to have their thoughts provoked, and they want to be inspired to have discussions afterwards. To see how open the audiences in Albuquerque are for intellectual stimulation is a beautiful thing.

Elizabeth: Unlike other Albuquerque groups doing mostly experimental or original work, you stick to a lot of classics. Do you think the plays you produce have created a more conscientious community?

Amelia: We're finding the effect of our work to be vast. One specific example comes to mind: These Shining Lives by Melanie Marnich, truly transformed our audiences. The story was about women who had been poisoned by their large corporate employer and were considered collateral damage in the quest to make money until they demanded justice for themselves; it really shook our audiences to the core. This is a very real thing for New Mexico. Think of the Manhattan project, or a lot of the coal industry here… Seeing the tragedy on such an intimate scope rendered our patrons speechless, so much so that they were unable to clap at the end of the show! It wasn't until they saw the actors bowing that our patrons were jolted back to the "real world." In our post show discussions, the conversation was rife with the parallels to modern society and corporate greed, the historically held notion that women didn't belong in the work force, that women could be seen as disposable, and so on. Our audiences were overcome with grief and fury for what these Radium Girls went through and they could not stop talking about it—to us, to each other, to their friends. Our audiences left changed. And that's in our mission statement! That's the goal, with every single piece of work we do— transform the audience, transform the world. 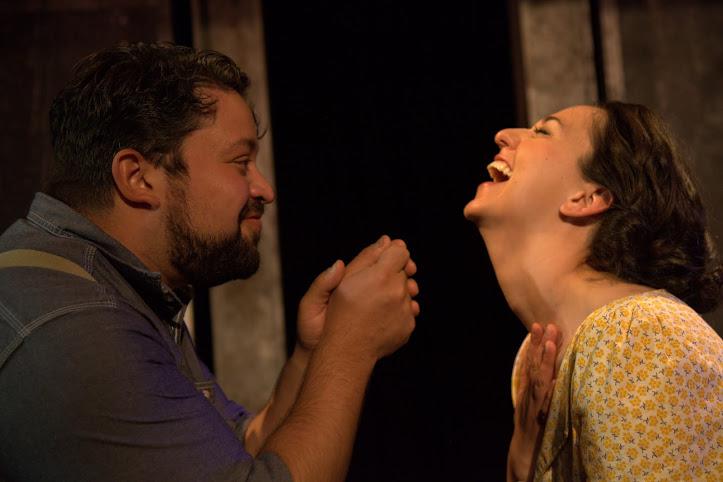 Elizabeth: How does being the child of Bolivian immigrants influence the way you run your company, and does it influence the plays you choose for each season?

Amelia: I grew up in a household where I knew about the struggles my parents faced in coming to this country and making a place and name for themselves here. This experience prepared me to face difficulties and made me see just how much worth there was in pursuing my dreams. As a woman, a female artistic director, the daughter of Bolivian parents, living in New Mexico… these things aren’t always at the forefront of the way I do my art, but I always have these voices in the back of my head. One of our amazing patrons asked if we’d programmed the trilogy of Gaslight, These Shining Lives, and The Drowning Girls because they’re all shows about the plight of women, and how women so easily can become collateral damage. I think that when you have a female Artistic Director, those are simply the stories that pop out. I didn’t grow up seeing Latina women running their own arts organizations. It was always important to me that my particular artistic voice be heard, because it was different from what I was seeing. I wanted to make a difference. 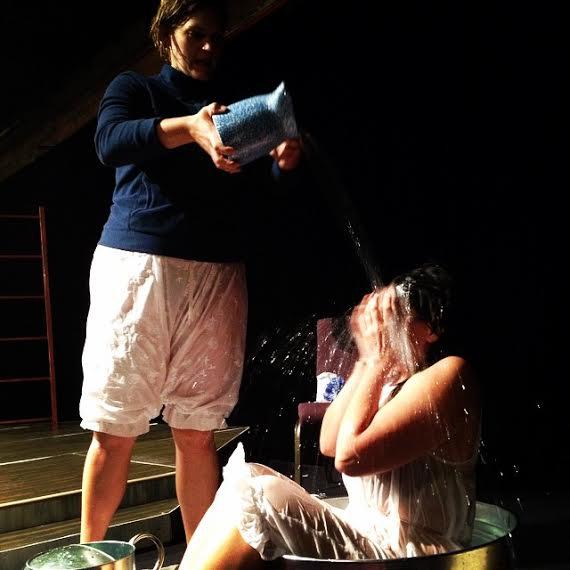 Ultimately, choosing plays is a company-wide thing. We have a varied company, and we’re always looking to put on kick ass plays. It’s pretty cool that we have a company where any of our actresses could play Hamlet. And not like, “Female Hamlet”, but you know, Hamlet. Or where people of different races play siblings, without comment or explanation, and our audiences don’t bat an eye.

Elizabeth: What are your goals for DCRT?

Amelia: Keep doing the best damn theater we can possibly do. Now going into our fifth season, we’re able to take more risks. We’re at a point where we can start to really give back to the community that has supported us so much. Some of our plans include touring in schools across the state, doing bilingual theater, growing our education program—which focuses on giving kids skills they need to thrive like confidence and bravery. Our mission is to serve the audience, so the goal is always to figure out what that means.

To see more about The Drowning Girls check out the haunting trailer HERE.