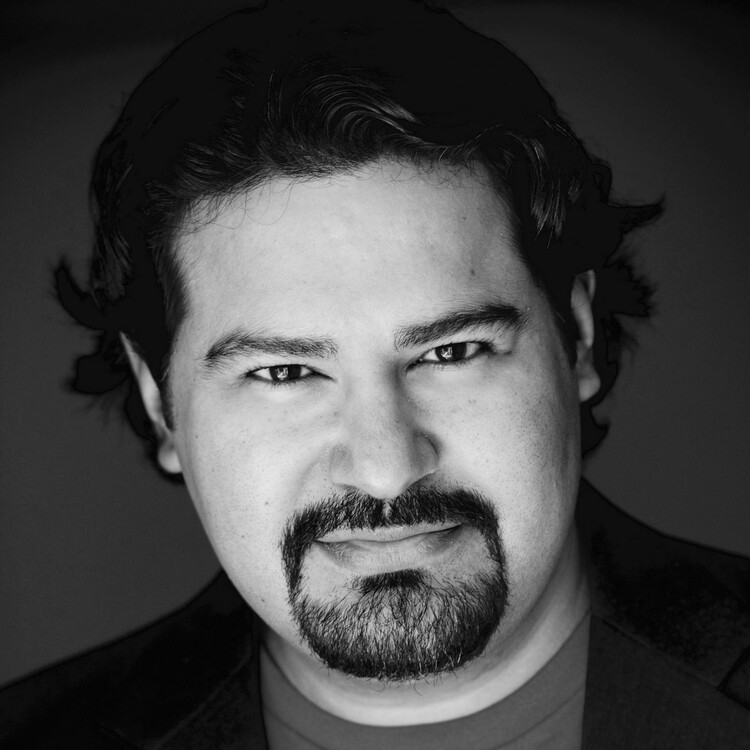 Jamie Gahlon: Why did you start writing plays?

Mando Alvarado: The first thing I ever wrote was a monologue inspired by Luis Valdez’s Zoot Suit. El Pachuca was the shit. And Edward James Olmos was mesmerizing. I think it was the first time I saw something on screen that reflected my face, my culture, the badass-ness of what it was to be Mexican American. From then on, I dabbled in the written word but I didn’t fully commit to writing a play until I moved to New York. I had the bright idea of writing a play for me to star in so I could find an agent. I wrote the play over a couple of months while working a temp job in mid-town. A buddy of mine, Michael Ray Escamilla, recommended that we do a reading so I could hear the play. We met in the back of bar in the Lower East Side. He thought it would be best to sit back and concentrate on the play so he brought in this dude, Raul Castillo—the now sexy hunk from HBO’s Looking—to read my part. I think we both found our true calling that day. He was better than I would ever be in the part and my attention focused on writing from then on.

Jamie: What is your writing process?

Mando: I try to write at least an hour a day. Now that I’m in LA and a dad, I don’t hold the process so preciously. Time is a commodity so when I find it, I just get to it. I write. And whatever depth I need to find, I hope that I find it in the rewriting process but my goal is always to just get it on paper. That’s when the work begins. I sometimes do the Einstein and just walk around in thought, working through a play or a script, but always for the intention to put it down on paper.

Jamie: Your play Parachute Men, which I had the pleasure of seeing as part of the Carnaval 2015 offerings, was both hilarious and heartbreaking. What inspired you to write Parachute Men, and what challenges have you faced?

Mando: I wanted to write something that was really personal to me. My father passed away when I was nine and since I was the oldest, I was recruited to be the “man of the house.” A job I was truly unfit for. Growing up, I was a bully to my two younger brothers. A couple of years back, I tried to apologize to them for my behavior and the way I treated them and they let me off the hook. They saw the positive aspects of tough love (if there truly is any). But I still felt like I owed them and hold myself accountable so I wrote the play about my brothers and me. A kind of “asking for forgiveness” play that deals with manhood and the lack of motherly love.

The biggest challenge was being able to let the characters be who they are. There were times that I wanted to endow them with behavior that was specific to my brothers or me but the characters are different. They had to live and breathe on their own and I had let them speak for themselves and not force my history on them.

Jamie: How do you define success for your work? What does it look like?

Mando: I’ve come to realize that I don’t value success when it comes to validating what I do with my work. I look at things in terms of excellence. Am I excelling in the nature or the craft of writing? Am I excelling in the nature of human relations, or fatherhood, or experiential learning, or self-education? I weigh what I do against myself and what has come before. And if I feel like I am not making progress, then I need to step it up and find a way to excel. Is my writing growing deeper? Are my tools getting sharper? Am I getting clearer in my mode of communication on paper or in life? If I can answer these questions with a yes, then I am excelling.

Jamie: What is the biggest challenge you see facing the American theatre right now, and how would you like for it to be addressed?

Mando: This is a big question and I don’t have a soft answer for it. The American Theatre has an unconscious bias that inadvertently results in racist behavior. There is a narrative that is being told that upholds that bias. It’s in all aspects of our lives. It’s in our TV shows, in our news, in our government, in our schools, and in our theatres. It’s the narrative that promotes, supports, and glorifies the dominant culture.

The truth is, the people that came before us, suffered and endured pain, death, humiliation, and silence in order to make the dream happen so that the dominant culture could remain dominant. And we’re only allowed to hock our wares if it’s in a box that is recognizable to the dominant culture as acceptable and non-threatening. It is deeply engrained and we have all contributed to its existence.

The American Theatre has an unconscious bias that inadvertently results in racist behavior. There is a narrative that is being told that upholds that bias. It’s in all aspects of our lives... It’s the narrative that promotes, supports, and glorifies the dominant culture.

Because here’s the truth: if I sent my play, sans my name, sans character’s last names, sans city, or a specific place to an American regional theatre, when the Literary Manager or Artistic Director reads that play, they will see themselves in that play. Their history. Their culture, their mothers, brothers, sisters, and friends. What they know, see, and feel will be put into that play because it is just about character and situation. But, upon learning who wrote the play, it will then become a play about the “other.” And they can’t help it. They can’t see beyond what they know. They have to be told or expected or forced or taught to not see the “other.”

I have my own biases that I’ve had to confront. I’ve had to be honest with myself and what I’ve been programmed to see. I hope that anyone in a decision making position can be really honest with themselves and allow the opportunity for a real awakening. I know there’s a kid of color out there who’s writing the next American Buffalo, a kid who’s writing the next All My Sons, the next Angels in America, the next August: Osage County and the play is just about people being people. My hope is that one day, it will be treated as such.

Yes, Mando, truth! The glorification of the dominant culture does persist.

Yes, Mando, truth! The glorification of the dominant culture does persist. I prefer to refer to it as the "dominating culture", since cultures of color, when considered from a global perspective, have always been dominant. Thanks to you and Jamie Gahlon for an open and honest interview.