Cafecito (Coffee and chat) are interviews with comadres and compadres meant to shine a light on what small or large companies, independent artists or ensembles are doing around the country. Café Onda is an evolving publication. Sit back, take a sip, and enjoy our monthly Cafecito.

For six years I was the director of a theater program at a private university in Kentucky. As a Latino theater artist, I encountered infinite challenges, many of them because of my desire to create a better and more multicultural environment. In the spring of 2011, I proposed the idea of directing a play about Frida Kahlo. The idea was accepted, and because I’m a playwright, I was told to consider writing the script myself. The following is a personal account about the development and research of my play titled, Frida Kahlo: A Portrait.

Café Onda: Tell us about the beginnings of Frida Kahlo: A Portrait.

Carlos Manuel: Nine months before opening night, and as soon I started talking about creating a play about Frida Kahlo, I quickly realized that the majority of students and staff—and to my surprise, the majority of faculty—had never heard of Friday Kahlo. It was then that I realized that if I wanted students, faculty, staff, and audiences to understand why Frida Kahlo is an important figure in the art world, in the feminist movement, in the political arena, and in Mexican culture, I had a long and arduous task ahead of me. 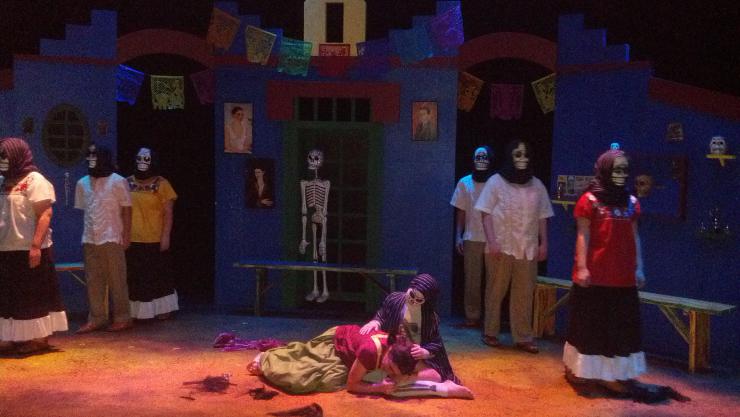 As a playwright, I mostly create stories with female leads, and Friday Kahlo was not an exception. Prior to writing my own version, I had seen two other plays about Frida Kahlo, as well as the Juile Taymor film starring Mexican star Salma Hayek. These particular pieces concentrated their stories on the relationship between Frida and her husband Diego Rivera, one of Mexico’s most revered Mexican painters. While I didn't have a problem with that approach, I wasn’t thrilled to explore it either. My first goal was to write a play from Frida’s point of view in which we would learn about her life in relation to the many people she encountered.

CO: What challenges did you encounter?

Carlos Manuel: Living in a state where the majority of people have little understanding about Mexican culture—and after seeing how students loved to perpetuate stereotypes—I decided the play needed to be as “authentic as possible.” I wanted to make sure to show the richness of Mexican traditions and culture without losing those involved in the production and the audience, and with the hopes of breaking Mexican stereotypes along the way. I spent several months researching as much as possible about Frida. I first read Frida: A Biography of Frida Kahlo, by Hayden Herrera, an extensive study of Frida’s life, her marriage, and her art. It is widely accepted as the official biography of the painter. Then, once classes were over, I spent a month in Mexico doing research. I visited several museums where paintings, photographs, and artifacts belonging to the late artists are housed. I also paid several visits to Frida Kahlo’s House, commonly known as “La Casa Azul” (the blue house) in Coyoacán, Mexico City. I also visited the city of Oaxaca and the town of Pátzcuaro, Michoacán; places with strong traditions about Día de los Muertos (day of the dead) and with direct connection to Friday Kahlo. I visited these places looking for inspiration in the writing of the play, but also used the time to look for props and costumes that could be used in the production. 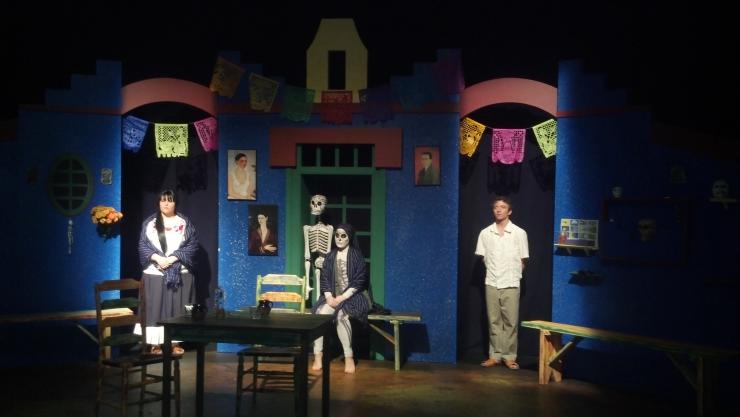 CO: What was the most useful thing you discovered traveling to México?

Carlos Manuel: During my travels, I found several books about Frida Kahlo. One of these books was Frida íntima (Or The Inner Frida), by Isolda Pinedo Kahlo. Isolda was Frida’s niece, and lived with her; she appears on many of the photographs and paintings. Her book is a response to the unwelcoming portrayal of Frida and other family members in the Julie Taymor film. Another book was Frida Kahlo, Una Vida Abierta (or Frida Kahlo, An Open Life), by Raquel Tibol, one of Diego’s many lovers and someone who lived with Frida during the last year of her life. This book contains material that came from medical records, personal letters, interviews, and Frida’s own diary. The last book was a copy her diary. These books offered me a different angle into Frida’s life, into her relationship with Diego Rivera, her family, and especially into her favorite sister, Cristina, Isolda’s mother and one of Diego’s many lovers.

Carlos Manuel: When writing the play, I realized I was writing about a Mexican woman, who spoke Spanish with a specific flair, using Mexican modismos (idioms) that are not easily translatable, and if translated, do not have the same flair they do in Spanish. There were several words that could only sound good in Spanish. Those words were like ingredients; they helped with the creation of unique characters, contributed to a specific mood, style, and added an entirely unique feel for the script itself. But I soon realized that no matter what words and/or phrases I decided to keep in Spanish, in the end what was actually important was the actors’ ability to speak them in Spanish. For this particular project, I needed to write a play for a university population where about ninety percent of the students are Anglo. Latino students at this particular place, like Latino faculty, could be counted on one hand. Perhaps on paper, many students are identified as “Hispanic/Latino,” but this doesn't necessarily mean that they identify themselves that way—in fact, many don’t. At the time of the production, there were only two students who spoke Spanish and identified themselves as Mexican/Latino, and unfortunately, neither could be in the play—one was studying abroad and the other was the stage manager for the show. 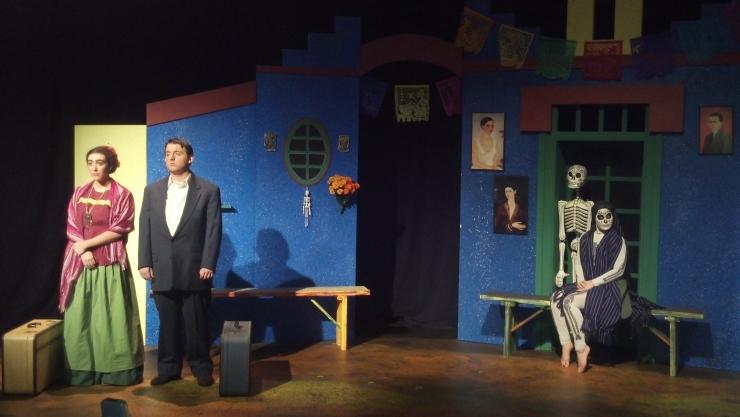 Besides all the work within the rehearsal process, I also had to educate the student body in general. I created short talks, which I offered to different classes. I also created a couple of “cultural panels” to talk about multiculturalism. The most ambitious project was the induction of a Day of the Dead celebration, when I asked other departments and offices to participate by creating altares (altars) to place around the school. And while this may sound easy, it was a challenge, first to get people to participate, then to make sure we had the president’s permission, and finally to get approval of each altar, because of the fear of presenting “things” that might offend parents, students, potential students, and donors.

But we did it.

Latinx Theatre
Most Discussed
Arts Advocacy for Newbies: How to Break All the Rules and Create a New Paradigm
Brooke Ishibashi
Most Watched
Panel: What Does Anti-racist Producing Look Like?
Thursday 23 September 2021
Upcoming
Livestreaming: Roma Theatre Retrospective 2021
Tuesday 19 October to Friday 10 December 2021

In Portland, Oregon, Dañel Malán, Founding Artistic Director of Teatro Milagro created a wildly popular play about Frida Kahlo and Lupe Valdez of Teatro Campesino, has also written a play about Frida. I wonder what introspective review was done of plays by women about Frida before this new work was created.