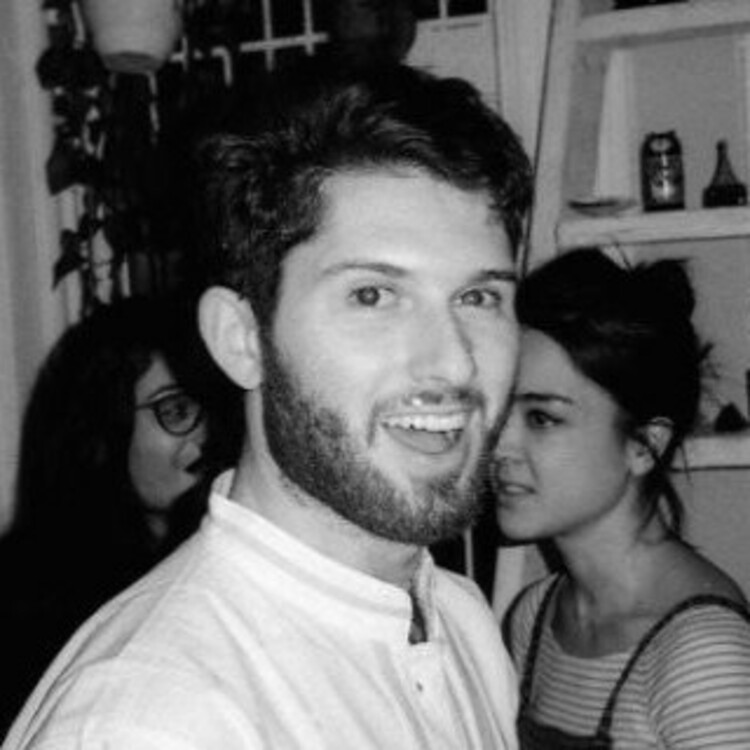 Can You Feel the Water Rise?

Just a ten-minute ferry from downtown Manhattan, Governors Island used to be a naval base. It was decommissioned in 1965, and, since 2001, it’s become a city-adjacent arts venue, an unlikely space for experimental theatre, avant-garde exhibits, flapper-filled lawn parties, and music festivals.

The old naval officers’ homes on the island are stately four- or five-bedroom Victorians. But they are now weathered and beaten, with creaking stairs and peeling paint. They no longer have running water.

In one, House #404A on Colonel’s Row, the Exquisite Corpse Company recently presented an immersive play, with three unique storylines, about climate change called Water, Water, Everywhere…. At the start, the audience gathered in a cloakroom and each person was handed a house key. The keys had ribbons tied to them, which were one of three colors; the colors told us which of the storylines we were about to experience. Then, the wallpaper split. A water spirit, Enceladus (the hilariously game Anya Krawcheck) appeared, beckoning us into the living room, telling us to stay close. 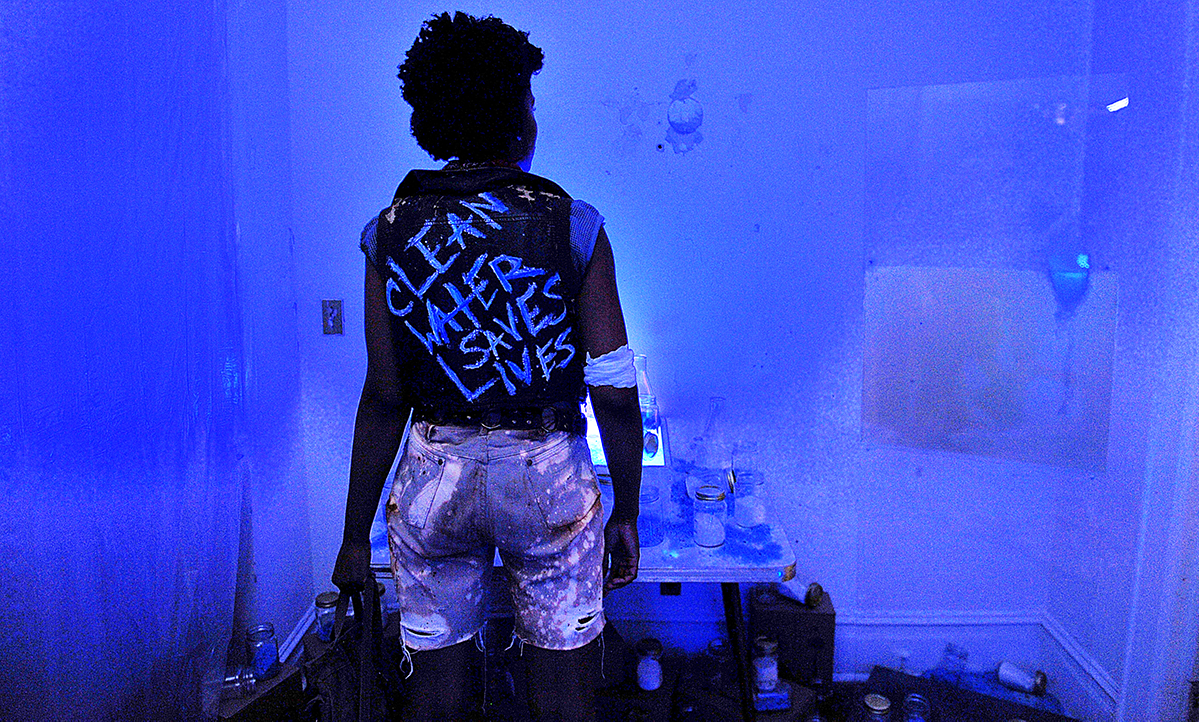 We watched as a sister and brother (Jorge Sánchez-Diaz and Stephanie Orta-Vázquez) came home with their dying mother (Josanna Vaz). The mother was no longer lucid, but the siblings hoped returning to the home they all used to live in would bring back old memories. The mother remained distant, so the sister grew frustrated and left; soon after, her brother departed too. Some of the audience split off to follow them, but the key I received meant I would be staying with the mother in the living room.

A moment passed before the mother began to tell us about life on the island when she was young and in love. As we followed her through the house, we learned she was once married to a Coast Guard officer (silver-tongued Ignacio Garca-Bustelo). The marriage was a hard one, and she and the children had to leave him.

Time moves fluidly in the play. In one room, we are in the 1960s, with the Coast Guard officer and the mother as his newlywed wife, who are planning a bright future together. In the next room, we are in the late 1800s, with the family who used to live in the house, back when running water first came to the island; there, two young siblings (Megan Ermilio and Varak Baronion) worry about their own mother, who suffers from what seems like depression. Their father, an unseen but stern naval officer, can’t understand why his son plays with dolls. In another room, time has jumped forward, and a climate refugee (a stoic Vanessa Lynah) enters from the near future. She wonders whether she’ll find fresh water to drink. She is the only character who can bend time to her will; she freely interacts with characters from other time periods, asking that they treat water like a precious resource and warning them that rising sea levels threaten their home, even if they can’t see it yet.

The environment kept changing around the characters, and as we were led from room to room, our immediate surroundings changed as well.

As audience members, we were given the chance to peer into intimate moments happening in the various time periods before our hands were grabbed and we were shuttled to the next room. The stories related to global warming in that the environment kept changing around the characters, and as we were led from room to room, our immediate surroundings changed as well. Due to the crisscrossing nature of the experience, these moments were sometimes vague or lacking in conflict, but at other times they were touching, sincere, and full of heart. The themes of decay, family, and communication came across clearly.

The play raised important concerns about the impacts of global warming, like dwindling access to drinking water. The characters often reacted to their individual situations—in the present moment in the era they were in—without caring about how it would affect people in the future. This made me wonder: modern technology has made our own homes more comfortable than ever, but at what cost? The building in which we experienced the play lacks running water and air conditioning, and maybe these are the sacrifices we will be forced to make ourselves as sea levels continue to rise.

After the show, as the rain pounded and I hurried back to the ferry dock, I had many questions about the performance. What did the play’s creators want the audience to feel afterwards? Why did they decide to make the play immersive? In a broader sense, how can plays about climate change affect the status quo? Was I asking too many questions about the actors and not enough about what my government is doing?

It turns out, Tess Howsam, the co-director and creator of Water, Water, Everywhere… began working on the idea in 2016, shorty after President Donald J. Trump pulled the United States from the Paris Agreement. The world’s second-biggest polluter could keep polluting as much as it wanted. But Howsam wasn’t going to accept the President’s ignorance; she wanted to call attention to the issue.

At the time, Howsam was curating an art installation entitled Memory House for female-identifying artists at House #404A. The five artists being presented had created works on the intersection of home, memory, and water. Howsam decided then to stage an immersive play around memory and climate change in the same location, inspired by Governor Island’s actual history. “Initially, my intention for the show was to humanize our global water crisis, linking environmental issues to those it affects: us.” She went on to explain that, to her, the show is about family and the impact parents, or the older generation in power, have on the younger generation.

“There is no escape into the darkened seats of a theatre when the actor is holding your hand.”

Howsam gathered together four female-identifying playwrights and composers to write the piece: Elinor T. Vanderburg, Emily Krause, Blake Bishton, and Leah Barker. They conducted research about Governors Island and its inhabitants. They watched documentaries about freshwater scarcity due to privatization and climate change. Bishton said the documentary about water “struck the fear of God into all of us.”

“We brought in material based on assigned prompts over an eight-month period, taking joy in finding commonality [in the writing] and linking themes,” Vanderburg said. Krause said that the history of Governors Island “ties into the broader history of colonization in this country, but also touches on military life—the families living on that island were military families.”

The writers submitted scenes and, alongside co-directors Howsam and Tara Elliott, built three storylines that would be experienced as three distinct plays—each one challenging the audience to consider what is happening in their local water environment and how environmental crises can be felt at a personal level. It was a massive puzzle, with the writers having to make sure no actors were being asked to be in two different places at once. But by creating characters that breathe life into the history of Governors Island, the result is an experience that encourages not just a deeper identification with the subject of global warming but also multiple viewings. Some people have returned to the show many times to experience the tracks that they hadn’t tried yet. 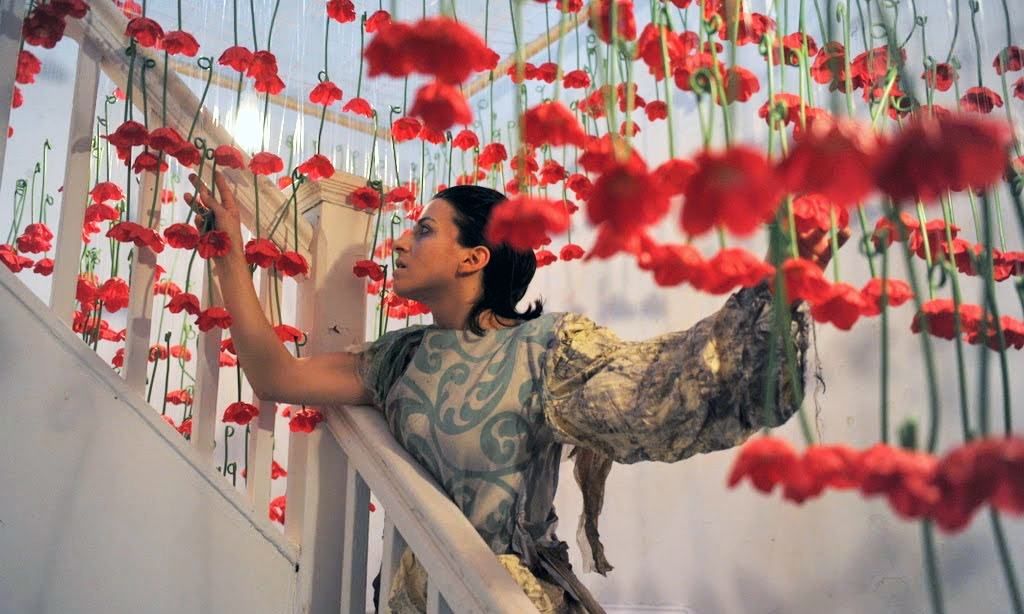 I asked Howsam whether, in the end, immersion pushed audience members to act on climate issues. For her, “the intimacy provided deepens the personal stakes in the show and [an audience member’s] connection to the characters therein. There is no escape into the darkened seats of a theatre when the actor is holding your hand.”

In conventional theatre about climate change, it’s sometimes taken for granted that the subject matter deserves our attention. But Water Water Everywhere… makes audiences feel part of the story. The creators earned our attention through thoughtful and considered storytelling, and the dialogue spoken between characters communicated a sense of loss—a loss we all might feel as we individually grapple with rising sea levels in our own homes and cities and environments. By having audiences experience this loss up close, maybe the creators were hoping we’d leave encouraged to be part of the solution as well.