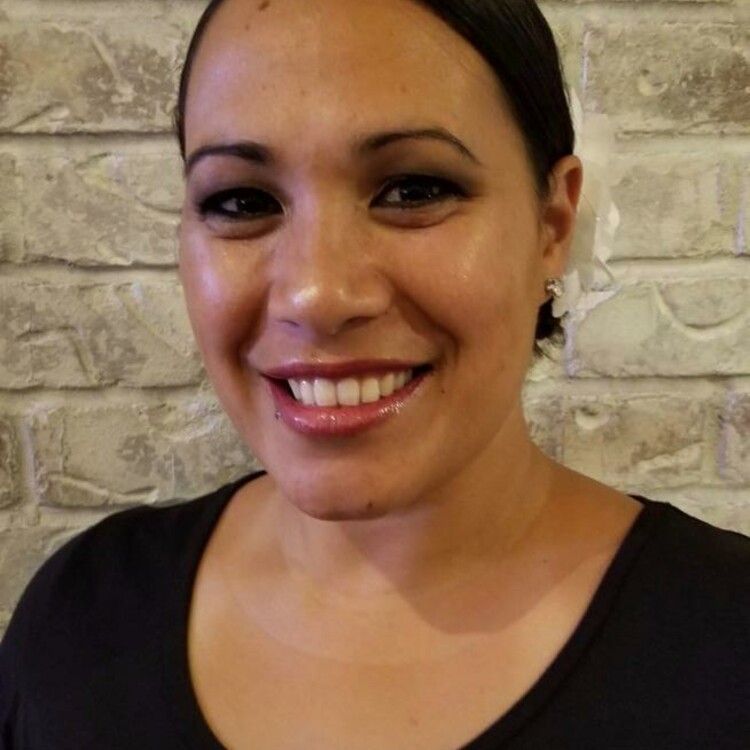 puakahiki kaui
kaina
The Foundation and Rise of Hawaiian Theatre

Carrying On Our Cultural Responsibility Through Theatre

My ancestors are grounded in the districts of Puna, Kona, Hilo, and Hāmākua on the island of Hawaiʻi. I come from generations of people who are rooted in this land with stories that are longing to be told and need to be heard. I have often questioned myself in search of my place and responsibility to my family, my ancestors, and to future generations. I believe we all come to a point in our lives where we need to discover what our purpose is in this life. For me, it came by way of hana keaka Hawaiʻi, or Hawaiian theatre.

After the overthrow of the monarchy in 1893, the native tongue and traditions were prohibited from being practiced in the Hawaiian kingdom. As a result, the stories, culture, and language suffered greatly. When I was young, my grandmother shared stories of her childhood, a time when the Hawaiian language was banned from being taught or spoken in the school system. Each time she spoke Hawaiian, she was disciplined. In fact, this was a common story that was told by many people of her generation. In 1978, there was a surge of young people who recognized that the language and culture was at the brink of extinction. It was through their persistence and steadfastness, along with encouragement of the remaining native elders, that the culture resurged and the language was legalized once more, becoming one of the official languages of the state. My parents were instrumental in the Hawaiian language revitalization movement and decided, before I was born, they would only speak in Hawaiian to their children. They were committed to raising me and my sister in a very Hawaiian way at home, at school, and in the community.

Performing has been an important part of my life from the time I was a young girl. Dancing hula (Hawaiian dance form), chanting and singing, and acting in school plays and short Hawaiian films cultivated my desire to perform. While attending the University of Hawaiʻi at Hilo in 2005, majoring in both Hawaiian studies and theatre, I often felt conflicted when planning for my future. Was I to continue on with theatre and performance, while leaving my language and culture behind? Or was I to fulfill my responsibility of perpetuating the language and culture of my ancestors as my parents did, and leave theatre behind? 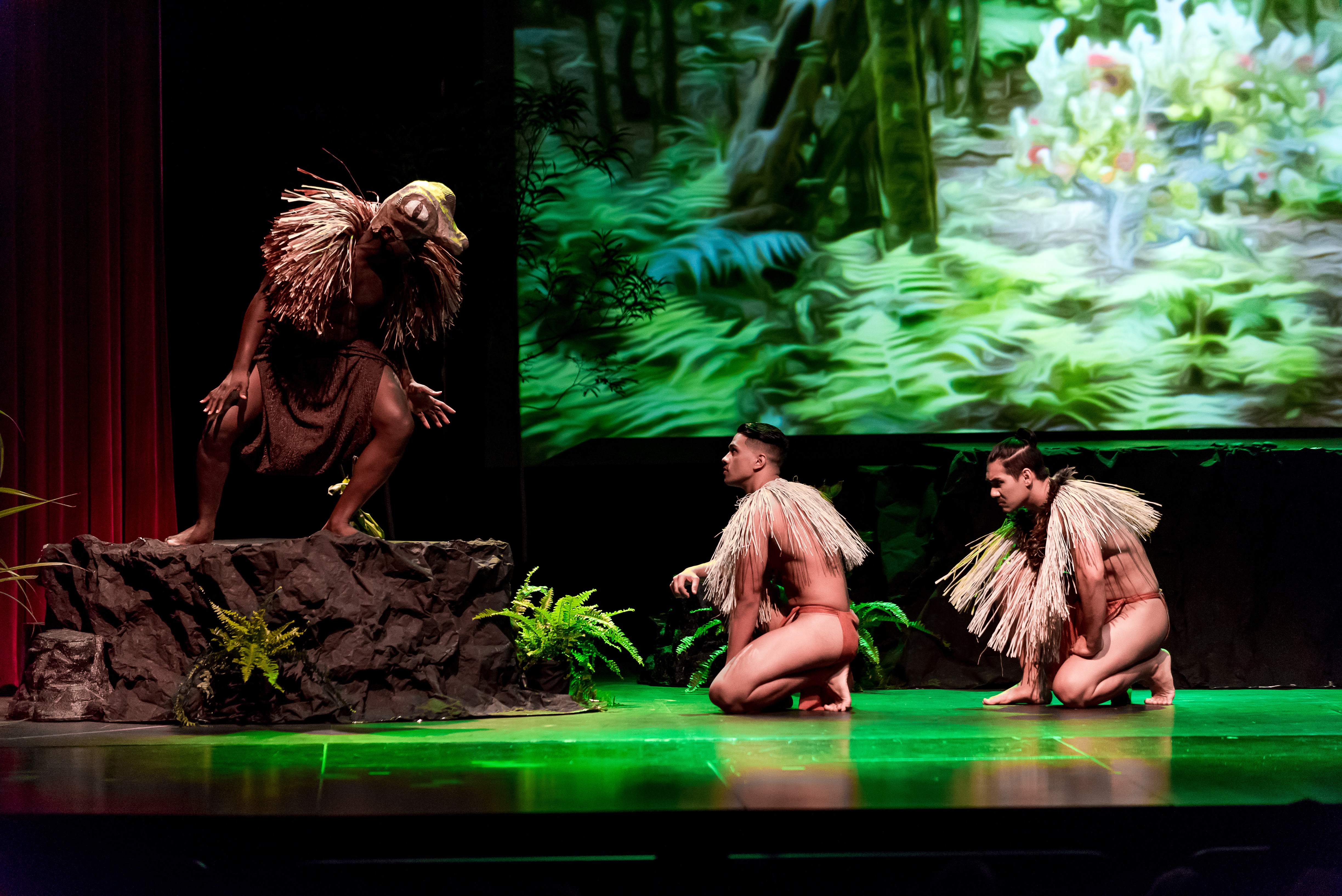 It wasn’t until I sat in Dr. Kalena Silva’s Mele Oli Kahiko (traditional Hawaiian chant) class that I finally felt I did not have to sacrifice one for the other. Dr. Silva had recently returned from Aotearoa, New Zealand and shared his experience of witnessing a play performed completely in te reo Māori (Native Maori language). He revealed his dream of attending a Hawaiian language play here in Hawaiʻi. At that very moment, I thought, “That’s it! Merge language and theatre together.”

I confided in my theatre teacher at the time, Kumu Jackie Pualani Johnson, about my ambition to bring the Hawaiian language world and theatre world together. Unbeknownst to me, what I thought was a new and exciting concept was already being done. Kumu Pualani informed me of works being done by Ka Hālau Hanakeaka, a Hawaiian language theatre group founded in 1995 by Hailiʻōpua Baker and her husband Kaliko Baker. At that time, Ka Hālau Hanakeaka was touring the islands with a Hawaiian language play called Kamapuaʻa. When I attended this performance, I couldn’t help but feel a burning appetite to be a part of the Hawaiian theatre movement.

Seeing my father’s name alongside other notable individuals on several theatrical playbills, I realized my desires were not just in self-interest, but were welo ʻohana, a family trait that has existed for generations.

In 2014, I heard about a new master’s degree in Hawaiian theatre that was being developed at the University of Hawaiʻi at Mānoa by Hailiʻōpua. It was a groundbreaking program—before it started, performance in Hawaiian language was unheard of in the university’s theatre department. Through Hailiʻōpua’s vision, determination, and perseverance, I had the opportunity to study as a Hawaiian theatre student.

In the duration of my study, I learned much about myself, my family, and the important role and responsibility that “we,” the up-and-coming generation of young Hawaiian artists, must carry for the betterment of future generations. One of the biggest things I learned was the discovery that my own father, who had passed away when I was a young girl, had played a role in Hawaiian theatre. Seeing my father’s name alongside other notable individuals on several theatrical playbills, I realized my desires were not just in self-interest, but were welo ʻohana, a family trait that has existed for generations. The more I discovered about my family, the more I knew that my own passion is a legacy from my ancestors who came before me. Knowing my ancestors were skilled in different elements of traditional knowledge and performance gave me courage to continue moving forward on this path.

In preparation for my thesis production, I was able to bridge course work from the Hawaiian language department with theatre department offerings. Although I was only enrolled as a student in the Hawaiian theatre master’s program, I was able to take courses from both departments to build upon the foundational elements of Hawaiian theatre in a way that could not be fully realized in only one department. A few of these include playwriting, haku mele Hawaiʻi (Hawaiian music composition), hula kiʻi (traditional image dance), and Hawaiian acting classes. Each of these classes allowed me to research, identify, and collect traditional Hawaiian mele; inform culturally based image choreography; identify theatrical, cultural, and language patterns of Hawaiian theatre; and write my thesis production, Nā Kau A Hiʻiaka. 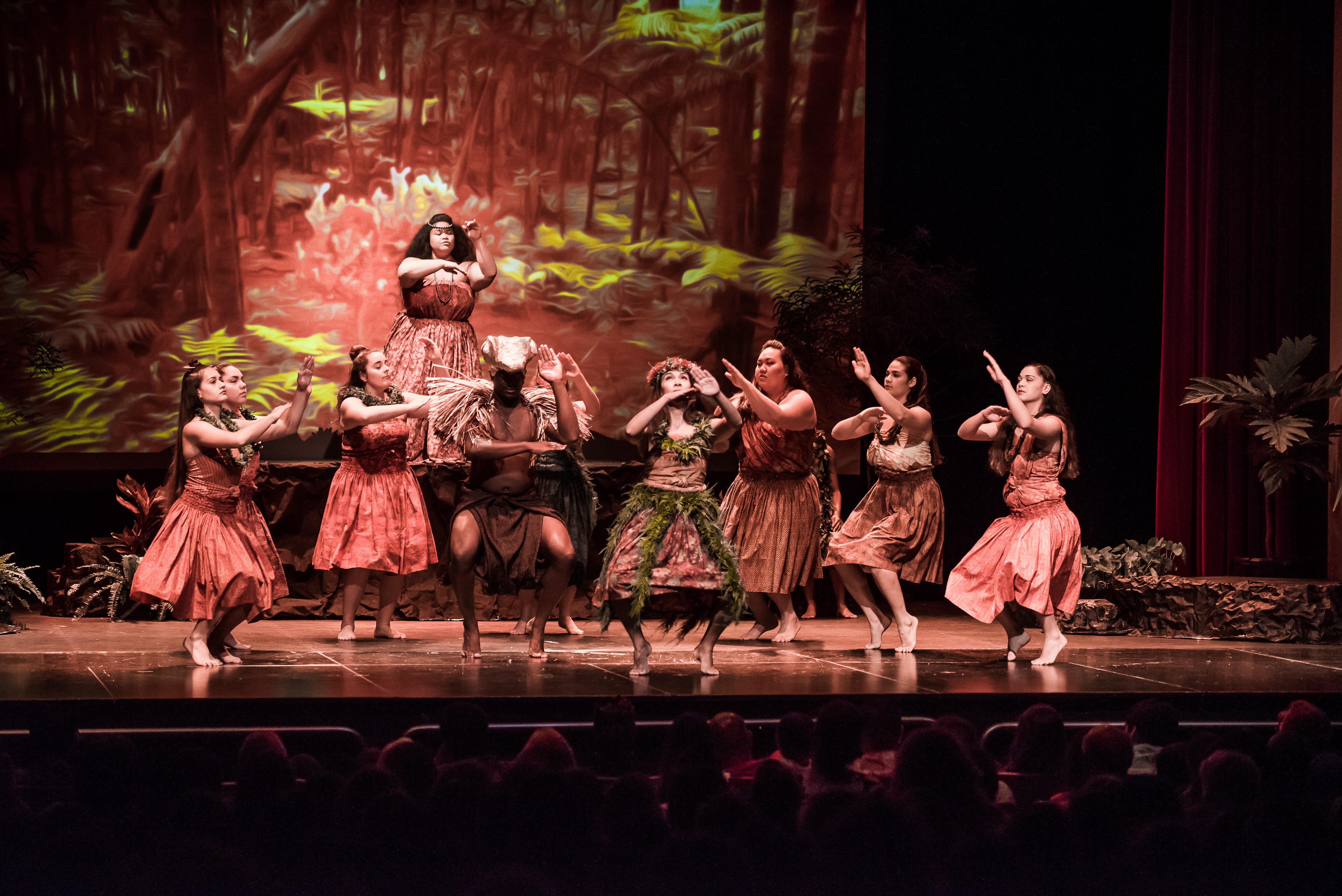 This production focused on the legend of Pele, the goddess of lava, and Hiʻiakaikapoliopele, Pele’s youngest sister and goddess of healing and hula. This is a well-known traditional moʻolelo (story) that has been told and retold throughout the years. I felt that it was important for the people of today to be reminded of Hiʻiaka’s journey and how she overcame many obstacles to fulfill her responsibility to her family. It is a story of challenges, loss, perseverance, family, and triumphs. The many customs, traditions, and principles found within this moʻolelo can help the Hawaiian people move forward as a nation through Hiʻiaka’s example.

It is through moʻolelo that we are able to regain our traditions so that we can strengthen our culture, behaviorisms, perspective, language, and spirituality. For example, a recurring tradition in the piece is aloha (thanks, gratitutde) and mahalo (admiration, esteem, respect). Wherever Hiʻiaka travels, she shows her love and respect for each place she visits by acknowledging and recognizing the different features of that place. One example is the mele (poem) Lele Laniloa. When Hiʻiaka arrives to Hauʻula, she stands on a sand dune of Kaipapaʻu, Oʻahu, looks out towards Laniloa, and begins to chant. With her mele she paints a picture of the windblown Laniloa, sitting calm and serene as the Moaʻe tradewind blows. While the rough sea crashes below, the waves heap up on the precipice, sprinkling sea water to purify and bless the uplands. In observing and acknowledging Laniloa, Hiʻiaka was able to a build relationship with this place.

It is through moʻolelo that we are able to regain our traditions so that we can strengthen our culture, behaviorisms, perspective, language, and spirituality.

Author Nathaniel B. Emerson states in his book Pele and Hiʻiaka: A Myth from Hawaiʻi, “Hiʻiaka constantly showed a lively interest in the important features of the landscape, often addressing them as if they had been sentient beings. At Kaipapaʻu, looking out upon cape Laniloa, she greeted it as if it had been an old friend of the family.” These customs and traditions remind us of the importance of observing and acknowledging everything wherever we go, demonstrating our aloha and mahalo to nourish our connection and relationship with the places we visit and with the people we come in contact with.

In times of danger, Hiʻiaka often told one of her traveling companions, Wahineʻōmaʻo, to grab hold of her pāʻū (mystical skirt) and to not let go. The pāʻū itself was blessed with the power to protect, heal, and give life. At times, it was used to destroy her foes; at others, it was used to bring people back to life. It was constructed of fresh palaʻā (a delicate type of fern found in the uplands). The pāʻū is a physical manifestation of Hiʻiaka’s caretaker Pāʻūopalaʻā. 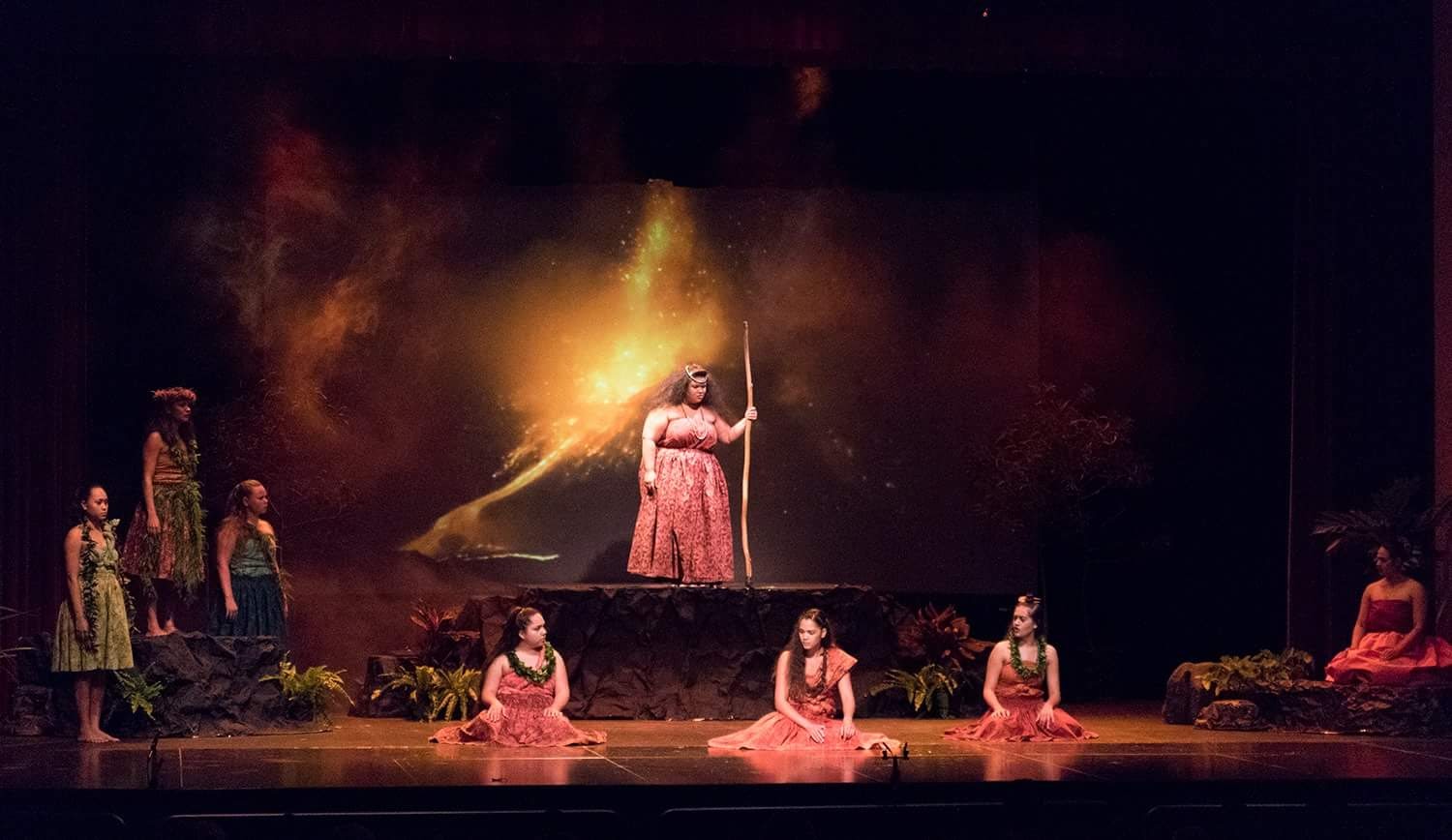 Pāʻūopalaʻā’s name literally means skirt of palaʻā ferns. The actor who played Hiʻiaka in my production constructed her own pāʻū made fresh and prepared for each performance. This in itself is significant because the actor gained the skill of weaving from her hula hālau (school), and Hiʻiakaikapoliopele is a patron of the art of hula. To me, the pāʻū of Hiʻiaka is a symbol of the mauli Hawaiʻi—the life force and identity of the Hawaiian people. Like Wahineʻōmaʻo holding onto Hiʻiaka’s pāʻū, we too must hold fast to the essence of the Hawaiian way of life and not waiver. It is what will protect us from all of the different influences and life battles we may face.

Right before the most critical time of my thesis production—the auditions, rehearsals, and performances—I became a mother for the fifth time. There were moments when my path felt endless and burdensome with new challenges. However, Hiʻiaka, and all of the many obstacles she overcame, pulled at my very core. This journey was paramount not only for me but for my children, and all who will follow behind. 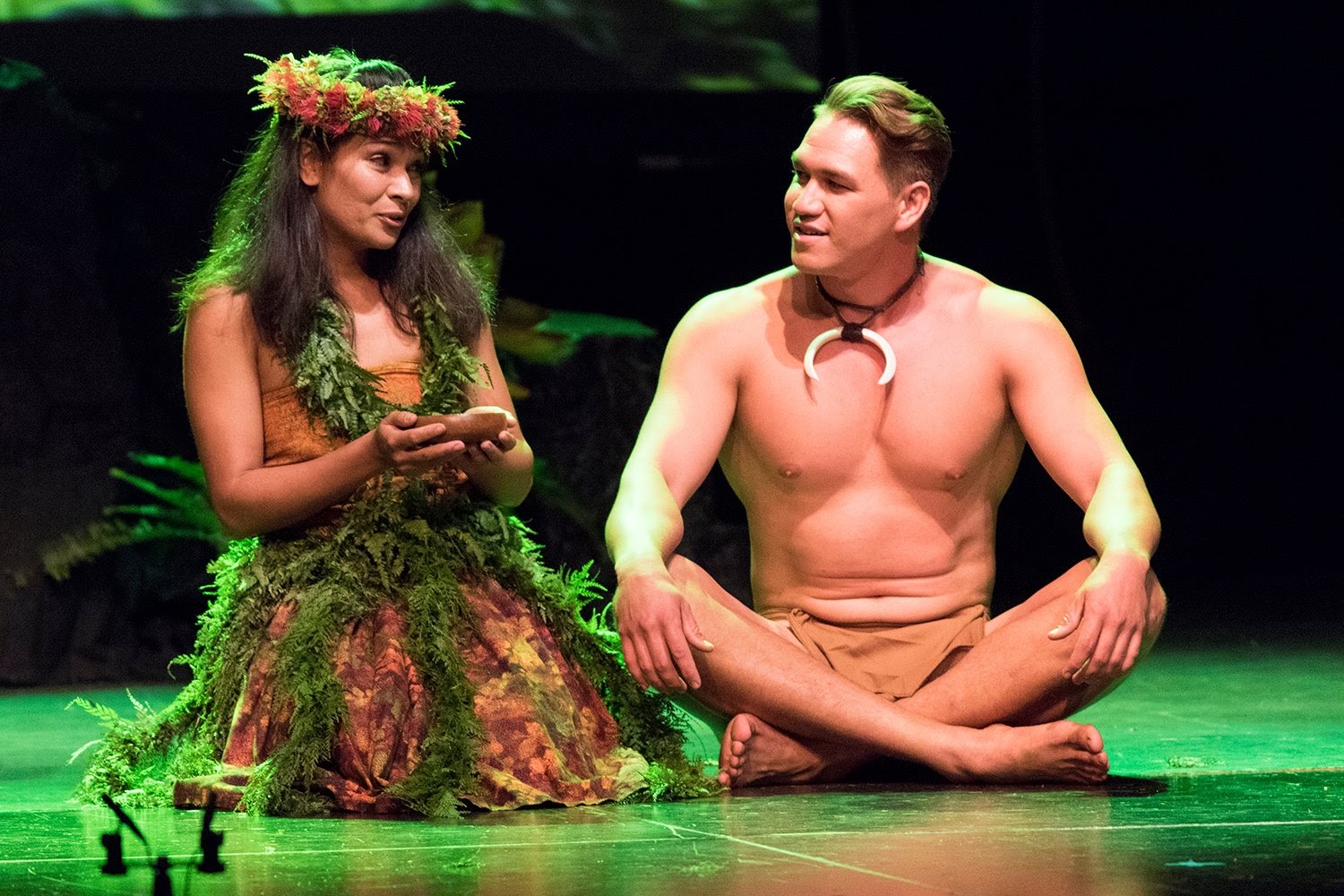 My path has shifted its direction over time. What started as a dream to perform for the love of performing has shifted to teaching and hopefully inspiring young generations to learn, create, and pass down moʻolelo of our ancestors through the medium of Hawaiian theatre. My hope is that one day the future generations will be ready to greet our landscape and its specific features with mele, or stand in front of a people and inspire them through the stories of old, just as Hiʻiaka greeted and showed her aloha for all she came in contact with. It is through cultivating understanding, familiarity, and love of moʻolelo, mele, and language that our children may one day reach the same level of dexterity and become patrons and leaders of language and culture.

As I look forward to the future, I realize that my journey is intertwined with that of Hiʻiaka. I still have much to learn. Like Hiʻiaka, I carry my responsibility and continue on the long and arduous journey to enhance my understanding and skill in the art forms to validate my works as a well-rounded cultural practitioner of Hawaiian theatre productions. As I persist on my path, following those who have come before me, I work to have the capacity needed to carry my responsibility of Hawaiian performing arts for generations to come. 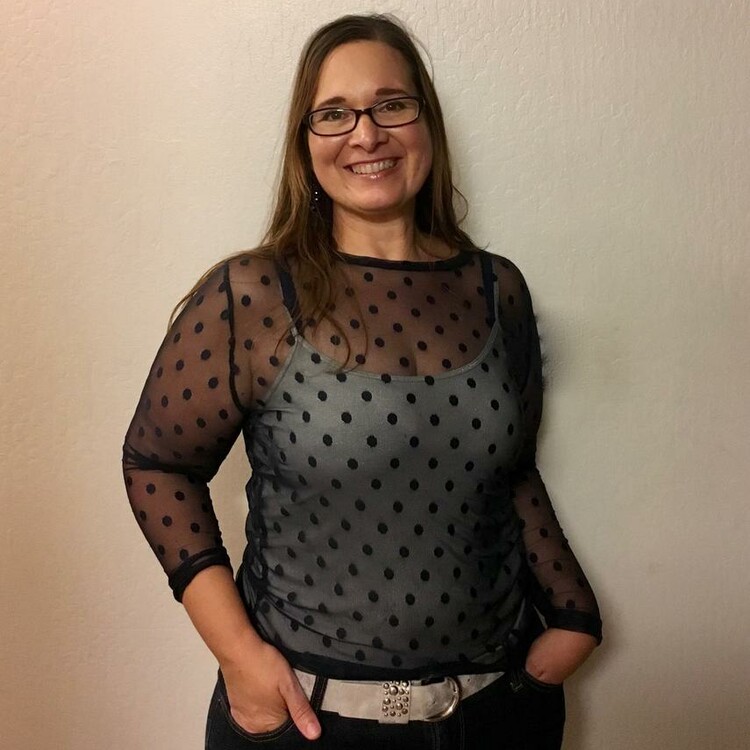