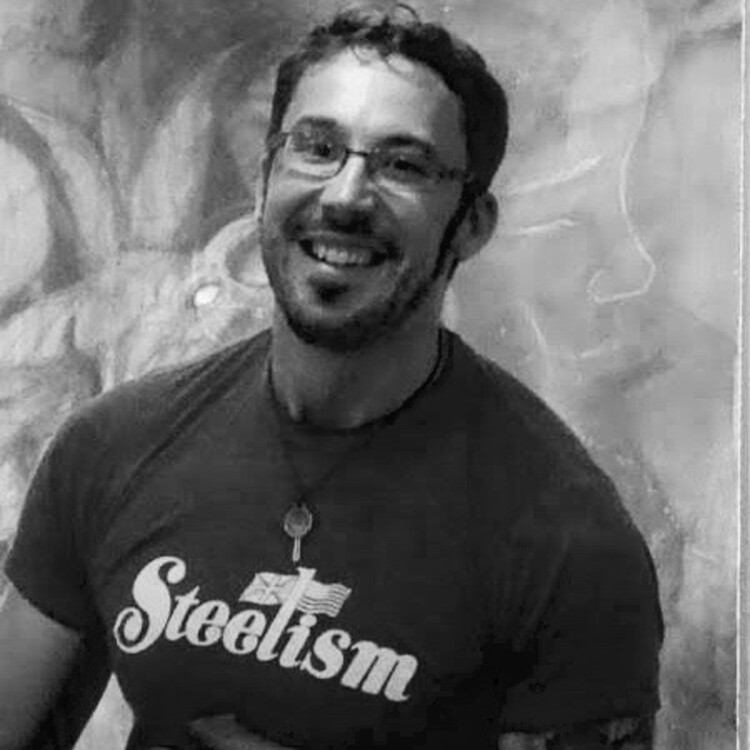 HerSelf Rises (And We Are Lifted)

The audience inside the black box theatre at Belmont University sat in a half-moon, awaiting the last performance of the recent Sideshow Fringe Festival. The lights darkened, though this time the stage felt more immediate. The audience sat in the performance space under the hanging ropes and silks. Spotlights shone upon three trapezes holding six women aloft. The pair farthest left performed a series of movements and poses suspending one another in the air with their feet or standing on the other’s hands and shoulders. Then the next pair mimicked the movements, and then the next. It was as though each took their strength, possibility, and performance from the influence of the former.

HerSelf Rising, the latest touring production by Girls on Trapeze, explores the origins of feminine identity. Each act displays how, among the milieu of opinions, examples, and dictates given by society, admirers, bystanders, naysayers, media, family, and loved ones, these acrobat artists have embodied what it means to be a woman in this world among such varying, and often contradictory, forces. Next, the company’s founder, Jamie Hodgson, tells of how every woman is individual, each is varied, and how the voices girls hear as they grow, especially from their mothers, influence the women they think they can be, the women they should be, and serve to form the expectations of self with which every reflective woman must grapple. Then the aerial silks tumble down and every expectation the audience has for performance, strength, and grace is met . . . overcome . . . shattered.

HerSelf Rising has abandoned myth and continuous narrative for a series of vignettes that mix the surreal capabilities of these performers with, at times, cruelly real experiences.

Though the artistry and skill are as ineluctably present in HerSelf Rising as they are in the grand shows of Cirque Du Soleil where most would be familiar with the acrobatics, the former does not accrete into fantasy and flash as a mythical tale climaxes. Rather, HerSelf Rising has abandoned myth and continuous narrative for a series of vignettes that mix the surreal capabilities of these performers with, at times, cruelly real experiences. Each performer writes her script and designs the specific performance reflective of her own experience. The aim is to present both the struggling and the victorious self simultaneously to the audience. In one act signifying the steel will one must have to defy social expectation and convention, Molly Graves performs on the aerial rope (which she climbs with her toes), her exerted breath audible. In the silence one can almost hear her droplets of sweat hit the floor as she climbs and tumbles.  The expected soundtrack is absent. Rather, four other team members step from the far curtain and, as though gossiping amongst themselves, echo the criticisms so often bandied by other women in derision:

Look at those muscles, it’s unnatural.
Hey, wanna arm wrestle my boyfriend?
She probably doesn’t have a boyfriend—too intimidating.
I get enough exercise cleaning the house.

Graves maintains her composure and escalates her force, the strength alone required for the climbs, falls, and twists enough to make a Navy SEAL falter. After descending back to terra firma, Graves approaches the audience and, with her arms extended to her sides, says, “My mother told me not to overexert myself,” exemplifying her determination not only in her craft, but in her ability to redefine her own possibilities in this world. In another, Alicia Dawn Williams contorts across the floor, bending in ways many of us have not even imagined were possible while telling the story of her own naming (she was supposed to be named Sunshine) and the smiling face she has been told she must show the world despite any inner turmoil or trauma. She was taught to be pleasing and pleasant, even when “men were not gentlemanly.” She speaks the words of the story, but her body screams the same, becoming not only the medium and subtext for her art, but also its punctuation.

She speaks the words of the story, but her body screams the same, becoming not only the medium and subtext for her art, but also its punctuation.

Williams returns to the stage later under darkness while Gwynne Flanagan recounts her admiration for her mother’s formidable successes in male-dominated occupations, her force, her example, and her struggle with alcoholism. Flanagan then kneels to watch Williams suspend, twist, and maneuver through a double hammock of rope, emerging with grace though still appearing bound and impossibly aloft. She hovers above Flanagan as the image of her mother, struggling, overcoming, and never entirely free from the ropes that bind. Williams undulates also above the audience where we sit and stare alongside Flanagan. Arisen, she becomes what we look up to, what we watch, and the symbol for the struggles we have seen in those we also know and love.

Despite the heavy notes HerSelf Rising tolls, it is not all tenderness and catharsis. The sensitivities of the performances are equally met with humor. Leah Leor breaks through the curtains in white skivvies holding a giant cookie. She nibbles in delight before seeing a pair of jeans draped over a halo. Deciding she can't have both, Leor donates the cookie to an audience member with a cautionary, “It has gluten,” and begins a dance and contortion sequence all in effort to pull on her jeans. There is social commentary here: a decision that many must face, and yet the quirkiness of her movements and the brightness Leor brings to the stage remind us that these amazing performances are not only about strength but also fun.

HerSelf Rising is as funny as it is touching, often whimsical, and always impressive. Women produced this show, designed its timbre, executed its denouement, and only the female voice is heard throughout—on stage, and in music. Each scene tackles women’s issues from varied perspectives with a razor’s edge of truth and poignancy.

These eight artists have come together from different backgrounds, of different ages, with different positions in life, with different abilities, with different ideals—yet each is bonded by their dedication, their artistry, and their gender. HerSelf Rising gives voice to that which is often silent through a form that not only engages the senses, but also captivates the imagination. As the woman who accompanied me to the performance remarked, “People like me told their story. And it was everything it should be.” In the end, the cast emerges victorious, and rises, in tandem, one last time above the audience. Even Hodgson (with child and expecting soon) lifts herself into the air above the crowd and smiles. This is not only a show I would recommend to an aficionado of the circus arts, but to any connoisseur of fully realized humanity who wishes to see strength, fortitude, discipline, and artistry in abundance.