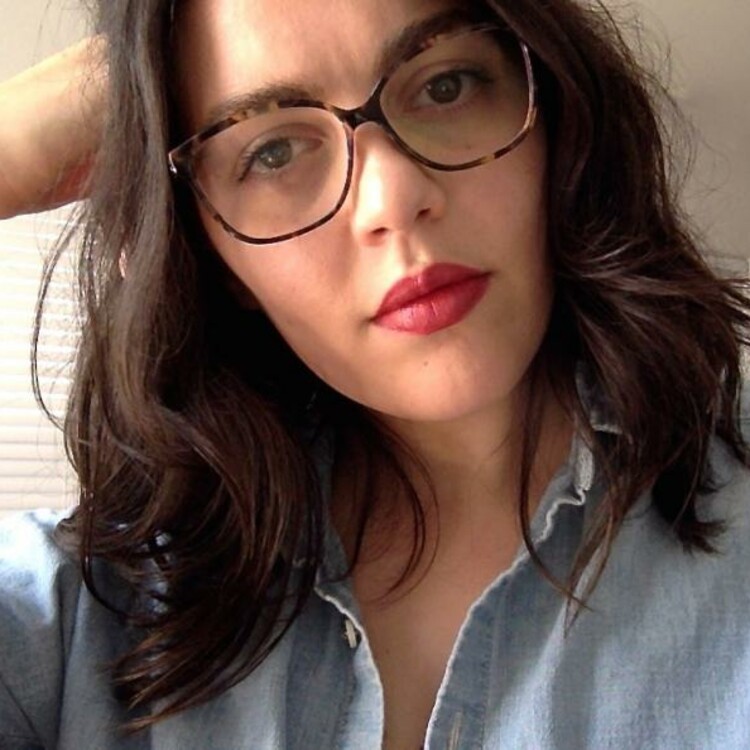 I was first introduced to the work of Polish playwright, painter, and theorist Stanisław Witkiewicz in the summer of 2018. I had recently joined CalArts Center for New Performance (CNP) as associate artistic director, and we were in the early stages of adapting and developing his play Metaphysics of a Two-Headed Calf through an international collaboration with STUDIO teatrgaleria in Warsaw.

Witkiewicz, commonly known as Witkacy, worked in the early twentieth century, beginning as a portrait painter and then extending his body of work to include numerous plays and novels, as well as several theoretical texts. Although he died in relative obscurity, Witkacy is now rightfully placed within the lineage of the European avant-garde theatre, often noted as a precursor to Theatre of the Absurd. Deeply existential in its content, Metaphysics explores themes of family, disease, death, sexuality, and transcendence through a duality of Western culture and the unfamiliar tropical landscapes of the South Pacific.

A similar kind of duality operated within the developmental process of WITKACY / Two-Headed Calf, the cross-cultural collaboration that emerged from the shared investigation of Witkacy’s play. Directed by STUDIO teatrgaleria’s artistic director Natalia Korczakowska, the production had its United States premiere at Los Angeles’s Roy and Edna Disney CalArts Theater (REDCAT) following a multiyear development process that took the production from Los Angeles to Poland and back again.

As translator Daniel Gerould observes in his introduction to Metaphysics, the “drama covers a vast geographical area.” Similar to Wikacy’s text, the Center for New Performance/STUDIO teatrgaleria collaboration drew upon an expansive geographical and cultural palate, transforming those dualities into a cohesive vision through a commitment to shared values. 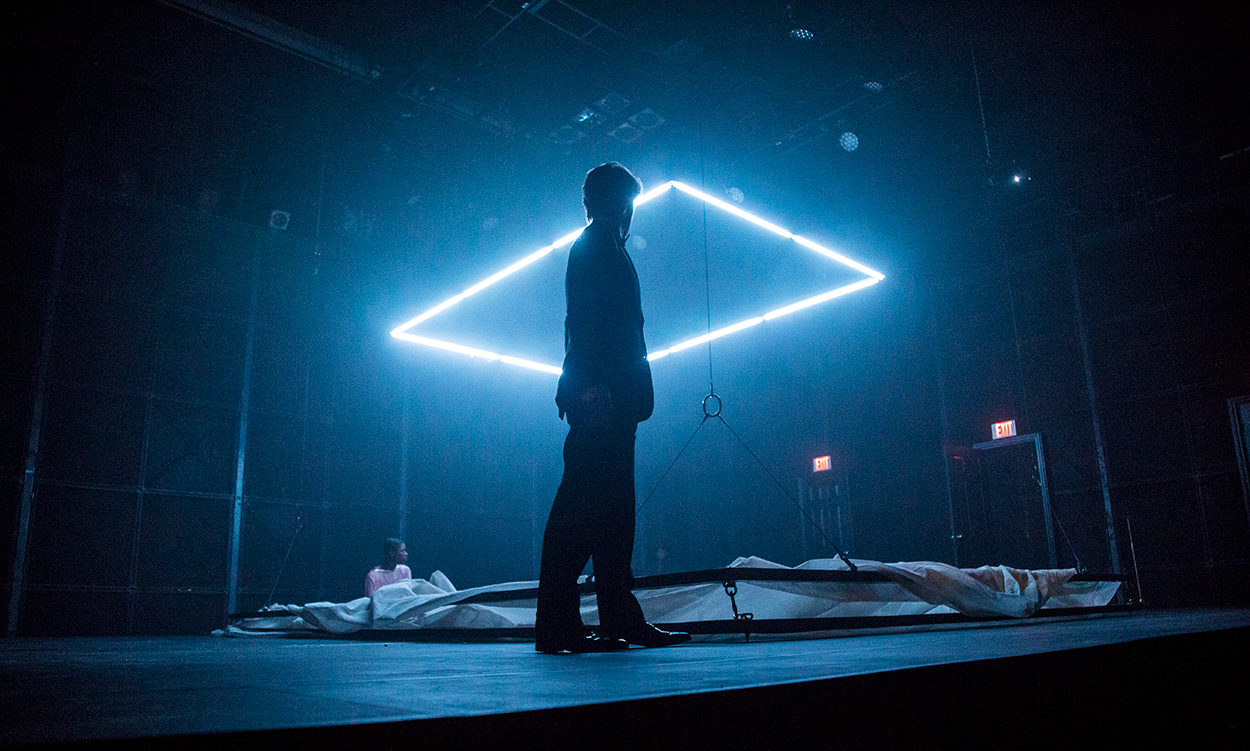 The collaboration began in late 2017, when CNP hosted Korczakowska for a brief residency on the CalArts campus. Working with a team of student performers, Korczakowska used this time to introduce the CalArts community to the legacy of the Polish artist and writer. While many of the students were encountering Witkacy’s work for the first time, their training is dominated by a focus on cross-cultural influences and experimental forms, creating an instant synergy with both Witkiewicz and the work of STUDIO teatrgaleria.

“We both try to continue the avant-garde tradition,” Korczakowska says, speaking about the partnership with CNP’s artistic director Travis Preston. “Avant-garde is the synergy of the arts, so no art is better than another one and all artists working on the project should be free and equal. It’s why CalArts was the best place to explore this.”

The following autumn, Korczakowska and an expanded team of Polish collaborators returned to California for an initial rehearsal period focused on a more specific exploration of Metaphysics of a Two-Headed Calf. Echoing the play’s dramaturgical thread of doubling and doppelgängers, Polish actors from STUDIO teatrgaleria were cast alongside CalArts actors, and the design and production teams were similarly bifurcated (Polish designer Bartosz Nalazek created the lighting, for example, while current CalArts MFA student Salmah Beydoun designed the set).

Speaking of the conception for the piece, Korczakowska recalls that she “took a trip through the California desert for three weeks reading Witkiewicz and everything was born there.” She also notes the crucial influence of the Los Angeles County Museum of Art’s 2018 3D: Double Vision exhibit, which she was able to visit along with Beydoun during their early stages of development.

Avant-garde is the synergy of the arts, so no art is better than another one and all artists working on the project should be free and equal.

The script, based largely on Witkacy’s original text and adhering to its three-act structure, went through a process of transformation and adaptation, spearheaded by Korczakowska. “Witkiewicz was less experienced with theatre than I am,” Korczakowska explains, reflecting on the artist’s early focus on painting and visual art before beginning his experiments with the theatrical form. “I needed to explain his great ideas to the public, and I decided that I would use his own texts to build a new structure that is much more related to our time.”

Korczakowska began to develop a fresh adaptation of Witkiewicz’s text, incorporating new elements and influences such as excerpts from his letters and diaries. However, her point of view emerged most significantly in her approach to act two of the piece. In Witkacy’s play, this act opens with sixteen-year-old Patricianello beside the bed of his dying mother. Witkacy’s text articulates this pivotal action with spasms of melodramatic grief and petulant humor, all underscored with the same sense of existential contemplation that defines the full scope of the play. Korczakowska wanted to remain true to this tone while also excavating a deeper and more complex experience of the mother’s death.

In search of a conceptual language to do so, she turned to an unexpected source: Ingmar Bergman’s 1972 film Cries and Whispers, a Swedish period drama centered around three sisters and a servant who struggle with the approaching death of one of the sisters. Touching on similar themes of family, death, and suffering, the film is also concerned with the female psyche, a texture that rhymed unexpectedly with Korczakowska’s reinterpretation of Metaphysics.

“I used a form—which is profanation of [Witkiewicz’s] masterpiece—to try to make the mother’s death real,” Korczakowska explains. This new version of act two, full of sweeping, full-bodied humor and overt allusions to Bergman’s film, managed to stay true to Witkacy’s text while also completely transforming it. “This was risky,” Korczakowska reflects, “but a lot of people tell me that it is the best part of the show.”

This initial rehearsal period culminated in a limited run of preview performances at California Institute of the Arts’s Walt Disney Modular Theater in December of 2018, followed by a brief rehearsal period in Poland in preparation for a performance at the Divine Comedy International Theatre Festival in Kraków. The evening of the first CalArts preview performance was one of light rain, Southern California’s variation on a winter mood. Following the performance, there was an atmosphere of strangeness and delight among the audience, having witnessed an unexpected convergence of artists working across geographical, cultural, and linguistic divides and, in the process, discovering something new, vital, and alive. 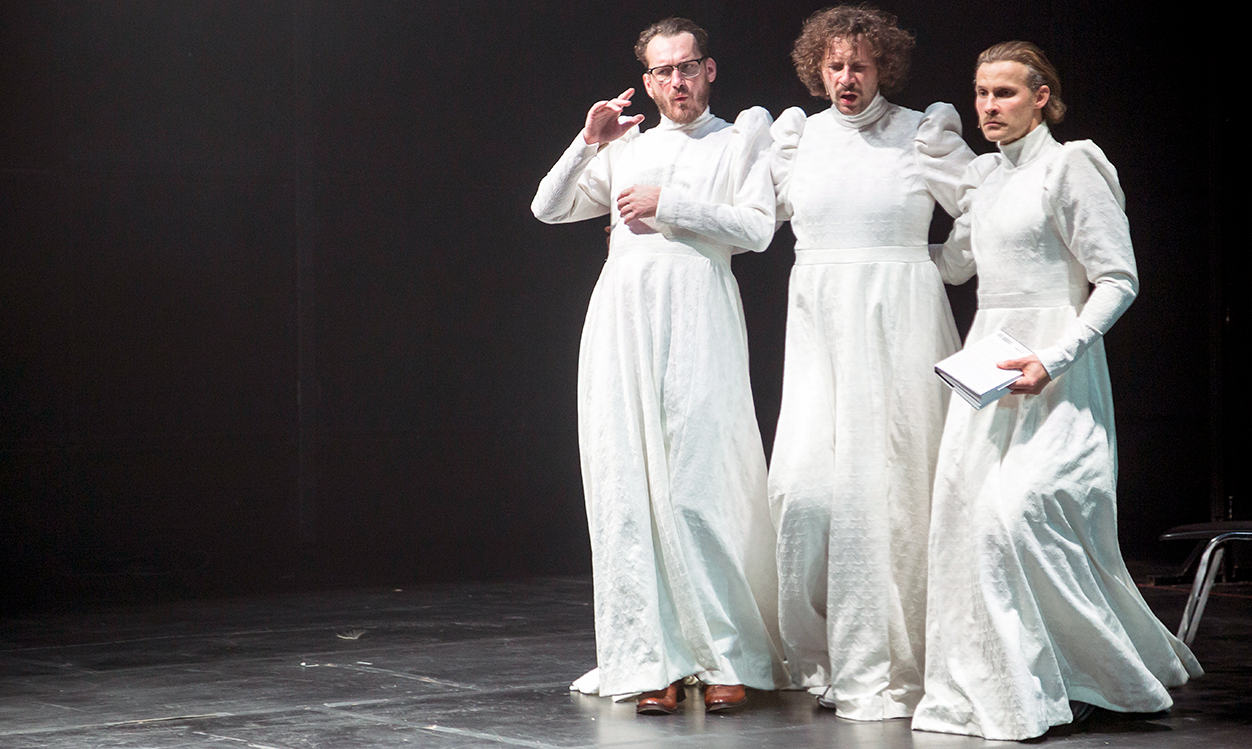 Time Away from the Project

At the center of CNP’s vision is a prioritization of the artist’s instincts. We do not operate with a traditional season, nor along a series of preconceived developmental parameters. This can mean that an idea begins in one form and finishes entirely in another. Alternatively, it might mean that a project simmers for years at a time before reaching the sort of cohesion that can hold space for an audience. Sometimes ideas wander and stray before dissolving into another compulsion entirely. To allow a model of artist-driven development is, at its core, to not only tolerate but to champion the unknown.

Following the initial preview performances, WITKACY / Two-Headed Calf went into what might be called a period of intentional rest. As plans for a United States premiere began to develop, artists went back to school, back to life, back to other projects. The production began to steep within a crucial atmosphere of time and rest, an influence that allowed the various dramaturgical forces to evolve according to their own inherent rhythms. Time, often a passive ingredient within a development process, was here used intentionally and for the purpose of allowing the production’s many complexities to reach greater depths of thought and feeling.

The production began to steep within a crucial atmosphere of time and rest, an influence that allowed the various dramaturgical forces to evolve according to their own inherent rhythms.

In the early autumn of 2019, the company reunited in Poland to begin rehearsing the piece for the first time in nearly a year, and this time at STUDIO teatrgaleria as opposed to the CalArts campus. Several weeks later, when I once again encountered the production for its premiere at Los Angeles’ REDCAT, I was struck by what playwright Suzan-Lori Parks refers to as “a drama of accumulation” in her discussion of the technique of repetition and revision—what she calls “rep and rev”—in her essay “Elements of Style.” A structural concept fundamental to jazz, blues, and other musical traditions, rep and rev provides a model of alternative dramaturgy, one that is not dictated by a linear progression of narrative but instead by the act of repeating and reshaping something, its repetition therefore containing both the echoes of something old and the progression towards something new.

Parks discusses rep and rev as primarily a formal device, yet in the CNP/STUDIO teatrgaleria collaboration it echoed not only in form and dramaturgy but also in the larger abiding spirit of the collaboration, born from this concept of the “artist-driven” model of development. The production contained the initial nucleus of an idea but also the duality of its progression through both American and Polish cultures and audiences. Moreover, it contained echoes of the sly humor of its first iteration but also a new quality of melancholy, a texture that could only have accumulated authentically through the lapsed time—for while the architecture of a piece may stay the same, the artists are living entities, constantly gathering new experiences, influences, and ideas. 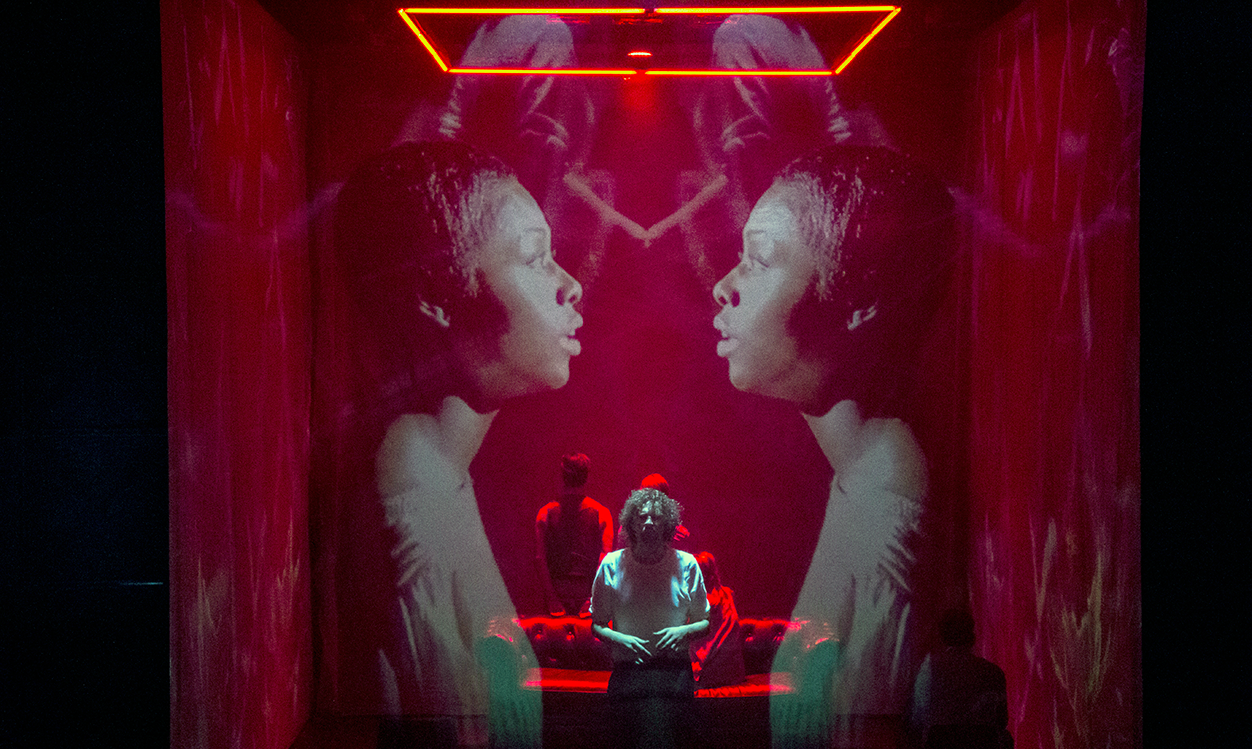 When asked to articulate the difference between presenting the work to American versus Polish audiences, Korczakowska observed: “Somehow [Americans] understand Witkiewicz better than Polish people, and this is amazing.”

Certainly, the work of Witkacy is lesser known to American audiences, leaving both the original impulse and the process of its profanation without the same historical and canonical context. Large swaths of the source material were likely opaque to American audiences, but this invited a more playful and curious engagement with the work.

“What is important is the profanation,” Korczakowska emphasizes, reflecting again on the process of radical yet authentic interrogation that characterized the transformation of the play’s second act. “It’s why it’s so risky to do this kind of theatre because there are a lot of people who think theatre is something that is sacred. And this is wrong,” she continues. “This is the worst thing you can do to the arts. Because you make art when you play—like children, like crazy people, like artists. If you try to make it sacred, it will never work.”

At the heart of this collaboration is the reminder that our artistic communities extend beyond the boundaries of geography and even language. For CNP/STUDIO teatrgaleria, the goal was not just to translate across our two cultures, but to hold space for the kind of theatrical experience that could only have been created through a deep respect for the unfamiliar and a curiosity about the unknown. It’s in these very experiences that we have the potential to excavate a deeper understanding of ourselves and expand the scope of our theatrical identities.