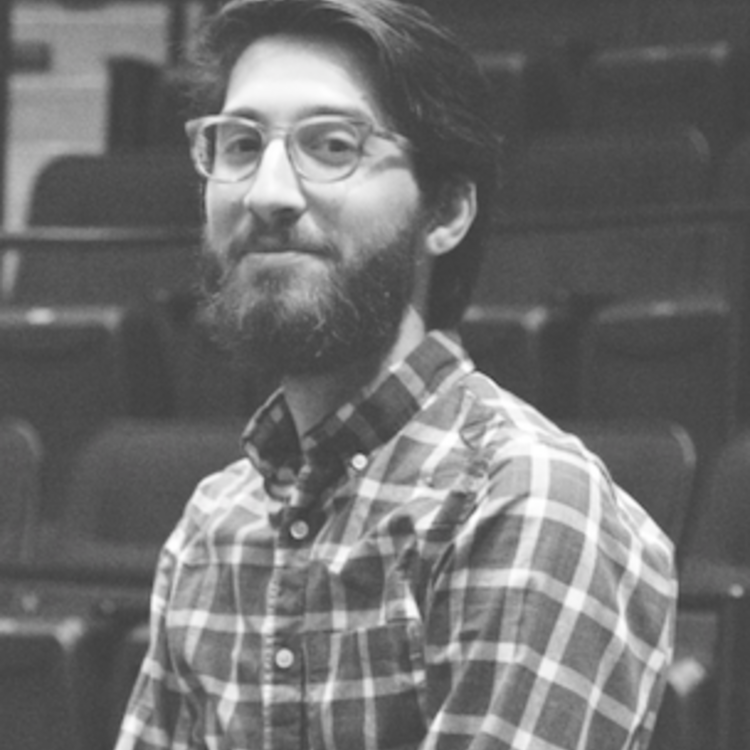 We have more than a few problems regarding representation in theatre today: issues of gender parity and racial bias and unexamined privilege and seventeen kinds of -isms, all concerns that have been articulated at length on HowlRound. I feel like an awkward party guest in these conversations—I’m a white guy who really wants to see theatre become more accessible, inclusive and diverse, but I also really want my plays to go up because, duh, I’m their daddy and I want to see my kids grow up big and strong. Inevitably any time my play is included in a season, that is one slot that is not going to an oft-excluded voice (artist of color, woman, gender minority, etc.). Yeah, I’m gay, but I don’t feel that my experience—as a gay white guy who waltzed out of the closet with zero fanfare in a supportive environment, moved to Boston to get two degrees in theatre, and got married with SCOTUS’ blessing—qualifies me to cry “oppression.” Not when so many other populations (and gay men in other contexts) are subjected to systematic oppression in much more damaging ways.

Diversity of representation is surely about the diversity of playwrights whose perspectives will be given platforms, which is in the hands of artistic directors and other season planners. Diversity of representation is also about the perspectives that will be given voice onstage, which is in the playwrights’ hands when they craft the second page of their playscripts: the dramatis personae. As a white playwright who values diversity, there are two approaches I find attractive:

The first solution involves casts of characters who are not specified by race or gender. I gave this approach a shot when I was commissioned to write a play for a high school and only knew that the hope was to cast more than sixteen young actors I’d never met. The result, Brute, cast a relatively diverse bunch of teenagers as employees (and visitors) of a zoo. This is nice in theory because in these cases, actors aren’t limited to roles based on their demographics, but is often less successful in practice because the roles often go to white actors. It also has the unpleasing consequence of envisioning a world in which race and/or gender are unimportant, and we do not live in a world with that luxury—I personally don’t want to. Julia Cho perfected this approach in her notes for The Piano Teacher:

“Mrs. K is someone who is utterly at home. Mary Fields has learned to make herself at home. And Michael has no home and has never felt - anywhere - a sense that he truly belongs.”

Here, she requires a diverse cast but leaves the door up for interpretation of how that is accomplished.

The other solution involves casts that are diverse, which requires the playwright to write roles that are outside their experience, which—let’s make no bones about it—is difficult and requires maturity and sensitivity. Young Jean Lee embraces her own discomfort and, in fact, begins writing each of her plays from it:

“I’ve found that the only way to make theatre that gets the audience thinking is when I feel uncomfortable making it.” (New Yorker, 3 November, 2014)

The way I look at it, we all have a choice: I can write what feels comfortable for me, or I can write what scares the shit out of me. When I write the scary stuff, I’m often trying to write in the voice of people whose experiences I don’t know firsthand, and it takes care and it takes making a few mistakes before I get it right, but that’s the luxury of being a playwright: when you work with actors, you work to tell stories together. Each time I write a character whose experience is outside my own, I’m mining another layer of myself: the trans middle brother in i don’t know where we’re going but i promise we’re lost prompted me to examine my cis privilege; the excommunicated lesbian twin sister in not Jenny invited me to consider the male privilege implicit in my own coming-out; the artists of color in The Launch Prize cause me to examine my white privilege.

Done sensitively, writing characters who come from different contexts provides a playwright the chance to illuminate what in their experience is shared, what is unique, and how their fates may be tied to one another. Done for the sake of doing it can be exploitative.

Right now I’m in rehearsal for The Launch Prize, a play in which a racially-diverse group of four artists learn that one of them has won a major art award and grapple with the supposition that affirmative action may have had more to do with the selection than artistic merit. The revising process is extremely delicate and difficult, but something really cool and actually quite productive happens in that rehearsal room: the actors and directors engage with me about it. I walk away more informed, and the play becomes more authentic. Whether or not privileges of my own demographic circumstances have led me to the place where my plays can be performed, I’m going to use my dramatis personae pages to open the door.

“Write what you know” taken as advice, can limit your scope to what it is in your immediate world when you sit down to write. I prefer to look at it as a challenge to expand what you know and let your writing follow; the process involves a lot of hard work, a lot of careful listening, and a lot of uncomfortable confrontation with your own context. But it’s worth it and, in fact, essential. You didn’t get into making theatre because of your habit of taking the path of least resistance, did you?

Thank you for sharing these thoughts. I own that I live a life with all the privileges: white-privilege, male-privilege, hetero-privilege. But I've always thought of storytelling as a possible way to transcend those kinds of distinctions, while not dismissing them either. Is that trying to have my cake and eat it too? Perhaps. But I'll also second the notion that I wasn't drawn into the theatre because I thought it would be easy to change the world.

I think the good news is that having a life in theatre and developing a full body of work means that you don't have to choose between honoring differences and working to transcend them. There can be room for both approaches :)

I think something valuable to remember in regards to Young Jean Lee's artistic process is that the development of "The Shipment" engaged in much more of a devised process. It involved asking the performers what kind of roles they wanted to play but weren't afforded because of their skin color, inviting their contributions to what important issues the play was to address, and giving them the agency to veto material they felt was misrepresentation.

Something that makes me a little apprehensive while reading is the possession of "dramatis personae". It sets off some alarms for me. By identifying the ownership of non-white "dramatis personae", as opposed to their pertinence to a story or play, begins to sound like appropriation or tokenism, which seems the contrary to your intent. I realize this is a minute detail, but with the scale of institutionalized racism and microaggressions committed it felt worth mentioning.

All in all, I respect your dedication to representing diverse voices in your work and hope we achieve greater representation of all people of color in the American theatre.

Thanks for reading, Zack! One of the things I love about YJL is that she takes such thoughtful approaches with the creation processes in each of her projects. You're right on the money pointing out the very holistic way she helmed "The Shipment".

I agree that tokenism should be avoided; employing diverse characters for the sake of wanting to seem inclusive is exploitative "ally theatre" (a term that ironically isn't designed to comment on theatre). There's an important distinction between the phenomena you describe. The line between them is one of those things I'm not sure how to draw -- because you could have a whole lot of artists who are totally benevolent but are being unwittingly insensitive. The hope is that they'll be open to the conversation.