In 2010, we found ourselves in conversation about the rise in autism diagnoses. It seemed everyone at Trinity Rep had a person in their life on the spectrum. It is now believed that 1 in 68 American children live with Autism Spectrum Disorders. With early intervention, Applied Behavioral Analysis (ABA), and social skills classes exploding in the Ocean State, prognoses were getting more and more positive. That is not to diminish the struggles these children face every day at schools, grocery stores, movie theaters, and sports events that were not built with their needs in mind. We wanted to find a way to engage them and make the theater a safe place for them to grow and learn.

After working as a drama teacher for children with Aspergers syndrome, I felt passionate about helming this initiative, and the Trinity Rep Active Imagination Network (TRAIN) was born.

We founded TRAIN on the belief that truly anyone can make theater. Conveniently, acting addresses the crux of what many children with cognitive and physical disabilities struggle with every day. Theater is a social medium—it requires you to read body language, produce facial expressions and vary tone of voice. Improvisation is a perfect system to practice conversation. Acting exercises are ideal therapy for people with neurological disorders which impede socialization. Many programs are cropping up that cater to sensory friendly audiences, but we saw the merit in children with cognitive and physical disabilities actually performing. It gave them more tools to communicate with the outside world. We launched some pilot classes with Pathways Strategic Teaching Center and Bradley Hospital, and the TRAIN was out of the station.

At Pathways, the population varied from highly verbal and self-injuring to non-verbal and limited mobility. Many of the students had other cognitive and physical disabilities in addition to autism, but all had challenges expressing themselves and their needs to family, teachers and therapists. In my weekly classes, I told interactive stories, encouraging the students to use hand gestures, facial expressions, pantomime, and dance. We simulated what might happen on holidays or vacations. We practiced waiting our turn while someone else opened a birthday present. It was gradual, but students started to recognize me as that crazy drama lady who made them smile and frown and act out stories. One mother emailed and said that her son had never grasped smiling before. With positive reinforcement from drama class, he had realized that even if he didn’t feel like smiling, it made others around him happy to see him smile. His mother was extremely grateful for even this small increase in perspective. 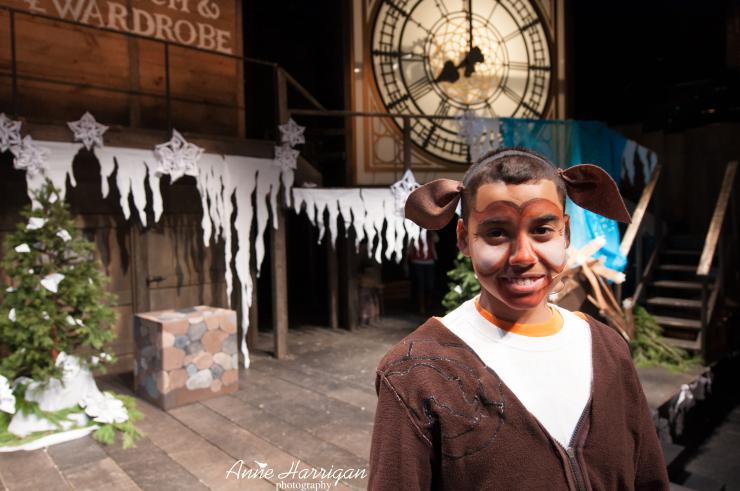 Bradley Hospital sent a small batch of teens to work with me at the theater. This was a more verbal group, but one with high anxiety about performing. They were all from group homes where drama was the only option if they didn’t enroll in after-school sports. Despite being in their late teens, many were nearly illiterate. This session culminated with a short performance of The Princess and the Pauper. Their progress floored the English teachers in attendance.

After these programs took off and word spread, requests to replicate the TRAIN program started coming in from all over Rhode Island. In response, I worked with students from The Groden Center, volunteered at the Hasbro Partial Hospitalization Unit, and created a social skills group called Curtain Call at The Autism Project.

After Trinity Rep received a PARI award for its accessibility programs, a man who drives buses for Seven Hills Rhode Island found me in the parking lot and gave me a business card. The Seven Hills Foundation serves adults, children, and families with disabilities. What started as a passion project in a barn turned into a full-scale production of The Wizard of Oz at Trinity Rep. 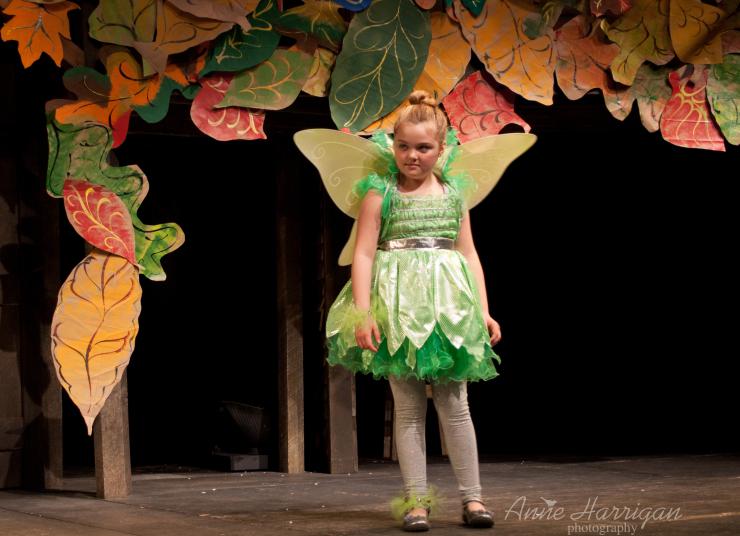 Soon, clients were switching from other service organizations just to be a part of the drama program at Seven Hills for this unique opportunity. We produced A Christmas Carol and adapted our own versions of Peter Pan and The Lion, The Witch, and the Wardrobe. The students reveled in the attention from their sold-out audiences. Our Tinkerbell had no lines (only the sound of a bell ringing) but stole the show to hoots and hollers. These children weren’t just spectators; they were the stars of the show. To a child who is constantly told, “You won’t be able to do that,” by teachers or medical professionals, this was an unexpected feat.

While the final performances boost confidence, the classes create some long-lasting friendships. The students cheer for one another, celebrating each other’s successes. We give them opportunities to interact with their peers every week, improvise, and stretch their imaginations, as well as warm up their bodies and voices. I always stress that they can do whatever they feel comfortable doing, and they always rise to the occasion.

We are not the only ones implementing programs for individuals with Autism Spectrum Disorders and other cognitive and physical disabilities. Every year, as more theaters, movie theaters, museums, and venues cater to this population, the more empathetic and understanding we grow as a culture. Not only content to watch—these young people want to make art. Doing so will make them more aware of themselves and the world around them. It makes for some profoundly amazing theater too.

I would love help getting a group started in my area! I'm from the greater Toronto area in Canada. Any resources for specific games/exercises to use?

Samantha Mueller, a theatre practitioner who works with the special needs community, talks about Seesaw Theatre which creates multi-sensory work for children with autism.

Playwright Jenny Kokai talks about co-writing a piece of theatre for young audiences with her now twelve-year-old son.