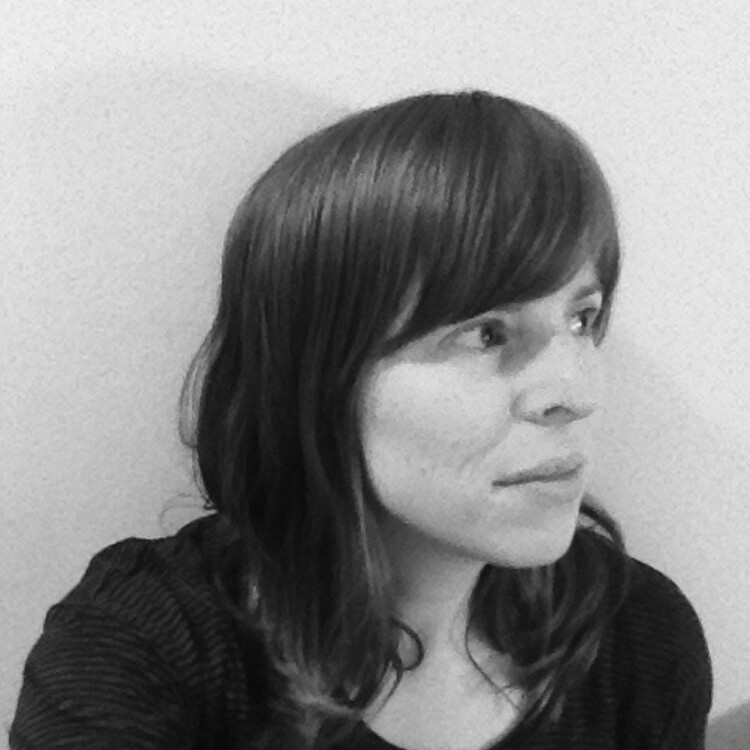 Producer Scott Rudin’s June 23rd announcement of an abrupt closing of George C. Wolfe’s innovative and intoxicating musical Shuffle Along, or the Making of the Musical Sensation of 1921 and All That Followed can be boiled down to this: “Audra McDonald made this sparkling show possible. Unfortunately, Audra McDonald also ruined it by becoming pregnant.”

The announcement inspired an open letter to Rudin on Broadway Black, which generated many comments from dedicated theatre followers. A piece on Scary Mommy, which was partially addressed to McDonald and noted Actors’ Equity Association’s lack of maternity leave policy, made fewer ripples. But the facts were clear. The original plan was for McDonald to originate the role of the jazz singer Lottie Gee before leaving Shuffle Along in order to have her West End debut reprising her Tony-winning turn as Billie Holiday in Lady Day At Emerson’s Bar & Grill.  That show was supposed to begin previews on June 25 but was postponed because of McDonald’s surprise (as McDonald tweeted, “Who knew that tap dancing during perimenopause could lead to pregnancy?”). To be clear, as a result of her pregnancy McDonald is actually performing in Shuffle Along for a month longer than originally planned. McDonald’s phenomenal highkick at the Tony Awards performance was evidence of not just her virtuosity but her total professionalism, pregnant or not. Rudin seems to have made his decision to close the show based on anxiety over audiences potentially not finding Shuffle Along during McDonald’s absence, which is a shame since I think the astounding cast and chorus deserved to see what would have transpired with Grammy winner Rhiannon Giddens playing Lottie Gee.

There are three important reasons a show as great as Shuffle Along is closing and they don’t involve a pregnant star. The show is expensive to run, may be too “inside” for the casual Broadway consumer, and it could not get out of the long shadow cast by Hamilton.

Shuffle Along was not designed around a single star—its ensemble is one of its greatest strengths. The talent of the Shuffle Along bench goes so deep, in fact, that is likely part of its producing woes. Savion Glover is a celebrity choreographer who has been in the public eye for twenty years. Broadway superstars like Brian Stokes Mitchell and Billy Porter, as well as McDonald, are paid top industry salaries. The phenomenal 24-member chorus (which was rightfully recognized with Actors’ Equity’s ACCA Award for Outstanding Chorus) is also expensive to bankroll. Shuffle Along is different from the successful original musicals that opened this spring. School of Rock and On Your Feet! have built-in mass appeal. As an adaptation from a popular movie, School of Rock has a pre-cultivated fan base and attracts the lucrative family audience, while On Your Feet! appeals to tourists as a jukebox musical. Wolfe’s Shuffle Along, especially with that daunting pedagogical title, is perhaps too “inside” for a casual Broadway consumer who doesn’t actively desire a history lesson. While Shuffle Along won the Drama Desk Award for Best Musical and Best Choreography, as well as for costumes and make-up, it lost out on all ten of its Tony award nominations, partially because of the frenzy of hyperfandom surrounding Hamilton.

The protrusion of pregnancy on the professional stage makes it an easy target but imagine a scenario where the density of factors that lead a show to close were honestly accounted for. What if the press release said “Unfortunately, this is a hugely expensive show to run. It has a lot of stars and a large chorus and the staging is complex. It didn’t win the awards we hoped it would win. The producers are nervous about advance sales.” Imagine a world where a host of complex capitalist decisions didn’t come down on one woman’s body.

Imagine a world where a host of complex capitalist decisions didn’t come down on one woman’s body.

The sourest irony of this situation is that Wolfe’s Shuffle Along is a forthright commentary on the circumstance of Black performers caught in a commercial entertainment system that largely benefits white men. Rudin and the other producers’ decision recalls this dynamic from nearly 100 years ago. McDonald tweeted about the emotional impact of the cancelation, saying she was “devastated” that her “brilliant and extraordinary Shuffle family won’t be able to continue sharing this important and vital show.” In interviews, McDonald has repeatedly discussed the power of representation and the significance of Shuffle Along for Black theatre history. I have been fortunate enough to see Shuffle Along twice, once before the announcement and once after. Perhaps I was projecting, but the post-success struggles and frustrations of the characters as depicted in Act II seemed to resonate on a whole new level. When white scholar Carl Van Vechten tells Sissle, Blake, Miller and Lyles, the Black creators of the 1921 musical, that no one will remember them, I wondered too, after all that has followed, how will this Shuffle Along be remembered?

I just said I wanted to see this for my birthday in September. I remember when they did a short segment about it on CBS Sunday morning. Sad :-(

I will go to watch this show for the last time this weekend. My daughter is in the ensemble and it has been the highlight of her career to work with this great cast under the direction of George Wolfe and choreographer Savion Glover.

I cried when I initially saw this show and not because my daughter is in it, but because of the great history lesson it has given to us.. It is difficult to accept the fact that this show may never been seen again after July 24, 2016. I am just happy for those of us that had the chance to witness this phenomenon.

To Audra, I say best wishes and congratulations. You have been such an inspiration to the cast. They love you! In fact all the "stars" are wonderful caring people. It has been a pleasure to watch each and every one of you on stage dancing and singing your way into our hearts. I know I will see you again in other places and venues displaying your talents and your craft.

To all the young dancers, some of whom made their Broadway debut in Shuffle Along, remember to hold your head up.. Your story isn't over yet. I truly thank you for this experience. Now just "Shuffle Along."

Thank you for sharing your experience and this wonderful message. Congratulations to your daughter on an incredible achievement! I stood in standing room only for the Tuesday performance to see it one last time. A swing performer and alternate pit musician were watching from the SRO area as well. The emotion was clearly running high but the passion and professional support felt by the performers and musicians was so clear. Waiting for autographs after the performance, the cast was so generous with their time, signing playbills, allowing photos, and earnestly thanking gushing fans. All the best to you and your daughter!

Thank you for your kind words. I will share them with my daughter. You are part of the foundation and the reason for the success of Broadway.

I would like the author to respond to Flagrante's comment. What was the plan after Lady Day played in London???

Opinion pieces are written to be concise and embedded links are an excellent way for authors to refer to important information that can't fit in a piece because of word count limits. The linked Playbill article ("Audra McDonald to Make West End Debut in Lady Day"BY MARK SHENTON JAN 15, 2016) explains the original plan well. Yes, McDonald was going to take a hiatus from Shuffle Along in June 2016 and return in September 2016. My point is that because the London engagement was postponed, Shuffle Along actually gained a month of McDonald starring in it during late June / most of July 2016. In the short term, Rudin got more performances from McDonald because of the pregnancy.

"To be clear, as a result of her pregnancy McDonald is actually performing in Shuffle Along for a month longer than originally planned."

What a dishonest way to put it. The original plan was for her to leave for three months *only* and then come back, not leave for an open-ended, extended hiatus. Rudin's statement was gracious. You might not like the reality of the situation, but he would not have closed the show if she had not needed to leave prematurely. That is no one's "fault" but it is the reality of the situation, like it or not.

Thank you for "pointing out the irony of this situation is that Wolfe's Shuffle Along is a forthright commentary on the circumstance of Black performers caught in a commercial entertainment system that largely benefits white men." Shame on Scott Rudin for shaming and blaming Audra McDonald for getting pregnant as the reason that Shuffle Along is closing. Scott Rudin's decision is a slap in the face and insult to the cast of the show including Rhiannon Giddens and Savion Glover (who as you pointed out has had a 20+ year presence)--both of whom were expected to join the cast after McDonald's departure. Savion Glover has a large following that supported him when he performed and choreographed "Bring in Da Noise..." and who also sell out his dance performances across the country. It's very troubling that Rudin is choosing to close the show rather than choose to actively market the show to African American audiences who are not even being given the chance to learn how important Shuffle Along is to African American culture and American musical theater. It's as though this is Scott Rudin's first Broadway show and he is oblivious to how important doing outreach to different audiences besides mainstream audiences who are attending because Audra McDonald's name is on the marquis. Also you raise a good point Catherine, because how will this Shuffle Along be remembered, especially where there has no be no mention of a cast album recording!

Thank you for making these important points. Glover's feature would surely have been a major draw and, yes, I believe a Grammy winner like Giddens could have attracted new audiences and booked promotional media spots etc. Rudin mounted a $12 million dollar production and then didn't give it a full chance. I share your concern about the apparent lack of cast album. I hope some sort of audio/visual archiving is taking place.

I wasn't able to see Shuffle Along- but after reading this piece I suspect that the hard working team that put the show on will find their place in this long and interesting history- despite the production's short run. I'm looking forward to the revival.

Excellent points; thank you. I was actually more interested in seeing this than Hamilton, if I'd had the option.

Thank you for making these points.

Excellent read. Just goes on to show the producers' lack of balls and trust in their own team. Imagine an owner shutting down a successful business because one employee goes on leave.