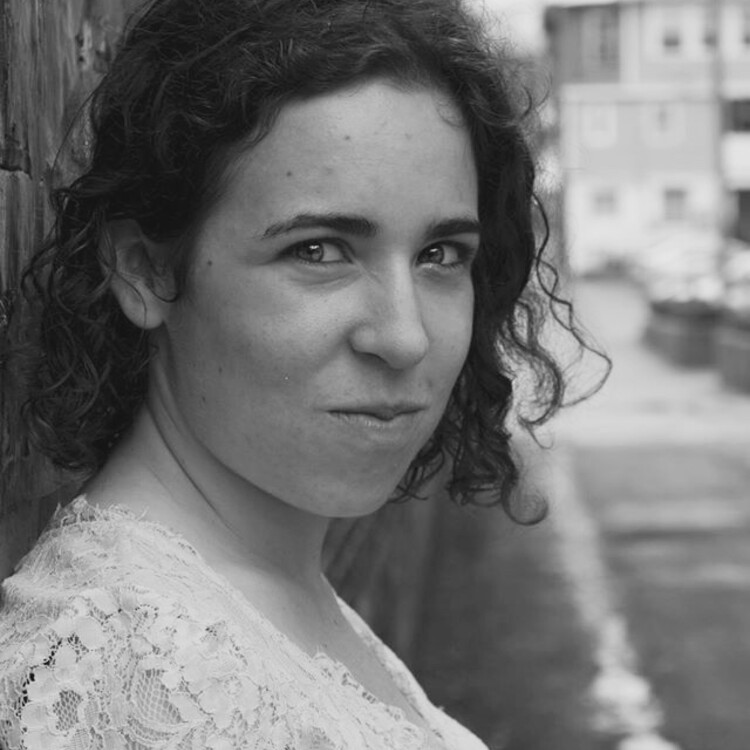 So you sit down to see a new play. The play has mostly male characters, but there’s a woman with tough features and intense eyes. You notice she has no love interest and seems uninterested in any other character. She then attacks people with swords and is super strong, end of play. You talk with your friends after and they say how happy they are to see a “strong female character.” “She hit that random dude with a sword so well! I can really relate to that as a woman," your friend says.

I am so tired of this Strong Female Character. It seems that writers are so scared of the backlash of writing a small male-dependent female role (wife/prostitute/boring sister) that they are counteracting with extra strong female characters.

First of all, I think it’s great that we are moving away from lifeless female characters that could be played by hot blowup dolls, but maybe we should think a little more about where we’re moving towards.

It seems that writers are so scared of the backlash of writing a small male-dependent female role (wife/prostitute/boring sister) that they are counteracting with extra strong female characters.

I am a female writer and I know lots of women, none of whom resemble the mythical Strong Female Character. Here are some typical traits of the strong female characters: no love interest, no flaws, strong, confident, 24/7 attractive but don't acknowledge it or talk about body image, likes to fight down evil forces. I am not going to mention any examples from plays, but here are some ways these strong female characters often appear:

Here is the kind of female character I want to see onstage: the flawed female character, the complex female character, the hot mess in search of something better female character. I want to go to plays and see women who aren’t “perfect” or “strong” but have humanity. In my own plays, I tell stories about myself and the women in my life. I love writing female characters with flaws because that’s real. I don’t want to go to a play about some perfect chick who does her nails and fights crime and has no insecurities (just thinking about that makes me wanna sleep). I write plays about girls who make really really bad choices (like sleeping with their karate teacher or therapist) and then have to figure out what to do next. Also, writing flawed women is way more fun for actresses to play since they have some meat.

There are many writers, though, who don’t settle for a Strong Female Character and write women who are quirky, flawed, and completely fascinating. Annie Baker’s The Flick does not pass the Bechdel test, but its female character, Rose, is such a freaky, interesting outsider that you can’t take your eyes away. Rose plays by her own rules, falls for the wrong guy, gets involved in a sketchy situation, and sometimes does weird dances to try to seduce dudes.

Honestly, sometimes I want to bite the Bechdel test! Sometimes I want to throw it off a cliff and see how long it takes to get to the bottom. I think it’s a good tool, but it’s not the only way to write female stories, and we need to stop putting it on a pedestal. None of my plays pass the Bechdel test, which would surprise people who know my work. But the reason none of my plays pass is because a lot of my female characters won’t stop talking about guys and romance. For me, falling head over heels in love is something that makes us human and relatable. I connect to Rose because she has a big crush on Avery and doesn’t know how to go after it. Also, from a dramatic structure standpoint, when you have a crush on someone you have a very clear goal and urgency to attain it.

Sarah Delappe’s recent hit The Wolves is another play that has complex, intriguing female characters. Sarah captures the awkwardness, harshness, and secret sweetness of teenage girls. This play has an all-female cast of high school soccer players and we watch as the girls bully each other, support each other, and tell dumb random stories that they just need to share. Something special about Delappe’s female characters is how specifically they are drawn—their backgrounds, their mannerisms, their soccer skill.

Here’s a little exercise for writers looking to improve their female characters. Think about a woman in your life and write down five specific characteristics about her. Now write a short play using the new data you’ve collected and see how it goes! Another exercise is to think of one of your favorite male characters in TV, film, or theatre. Write a list of everything you find intriguing about them, and then write a female character with all those things.

With a necessary push towards diversity and inclusiveness in the stories we tell onstage, I think sometimes we miss out on the nuances of the conversation. Just because a female character eats raw meat with her hands doesn’t mean we are telling women’s stories better.

Thanks so much Lily! Glad the excercises were helpful. Feel free to follow me on social media and stay in touch!! @sarahkaneissexy

Hi Catherine! Your article was super informative and helpful. I'm a female writer myself and I often find myself writing the stereotypical bad ass girl who is completely unrealistic. I find myself making my female characters into girls who I want to be and contain qualities that I don't posses myself which in turn, makes them seem inhuman and impersonal. I'm glad you brought up Rose from The Flick. While her sexual desires drive her actions at some points I agree that she is a completely unique and an eye catching character. I also completely agree that women characters who are driven by love doesn't make them weak but as you said relatable, giving them the desire of love is very human and realistic. I really love the two writing exercises you included, I'll definitely be trying those out! I'm all about making female driven stories but I think the strong female character type is just too heavily ingrained in my brain to steer away from. I'm glad I'm not the only one who feels this way about female characters.

Thanks so much Lily! Glad the excercises were helpful. Feel free to follow me on social media and stay in touch!! @sarahkaneissexy

I was just about to write "Yes! I agree with all of this!" but I see others already have. So in addition I'll quote one of my favorite (of many!) sentences:

"Just because a female character eats raw meat with her hands doesn’t mean we are telling women’s stories better."

P.S. Thanks to LP for the Sphinx link!

Haha thanks Neal! Glad you liked it!

Yes to all this.

Sphinx Theatre in the UK has developed a Bechdel test for stage - they call it the Sphinx Test. You should check it out: http://www.sphinxtheatre.co...

Hi Lady Playwright! Oh wow, I didn't know about this! That is super awesome.

Hi - the Sphinx Test is awesome! I had no idea. Are there any resources I can use? Would love to know more. Thanks!