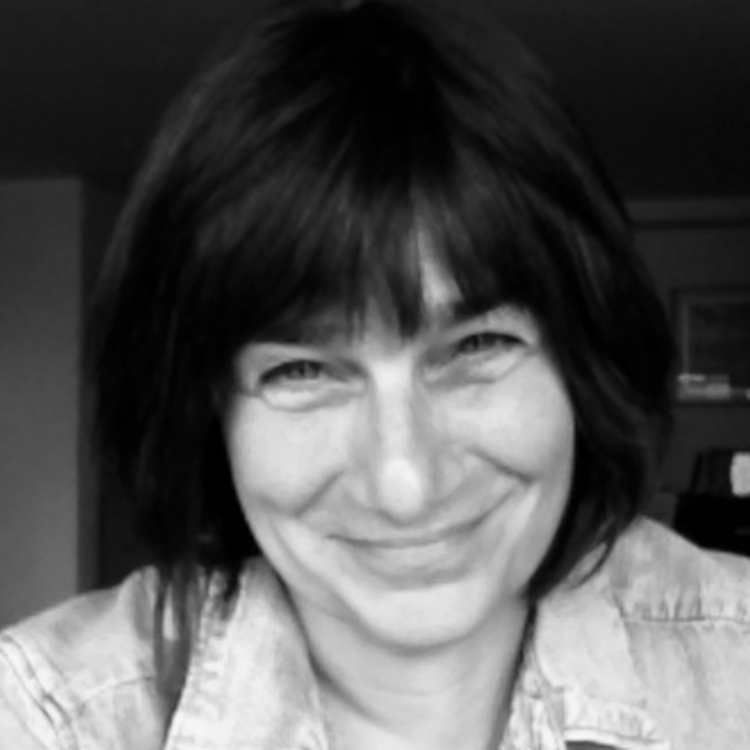 “Stories create history and history will never stop repeating [itself] unless we tell our stories to each other....” These words from Palestinian translator/director/activist Mira Sidawi capture the essence of Arab Voices: Stories of Palestine, the most recent iteration of a long-term project that has taken place, so far, in New York, Abu Dhabi, and Beirut.

Arab Voices, a presentation of three plays by Arab American writers Ismail Khalidi, Mona Mansour, Jacob Kader, and Lameece Issaq at the Dar El-Nimer for Arts and Culture in Beirut, introduced three very diverse stories. From a young Palestinian scholar of English literature presenting his first paper in London in 1967, to a Palestinian Christian woman using her cooking skills and considerable wiles to feed her family during an Israeli-imposed curfew, to a talented Gazan footballer limited by political forces to play professionally, the characters created by these diasporic authors voiced the historical and ongoing experiences of “ordinary” Palestinians faced with challenging political circumstances. Sidawi, who acted as translator, assistant director, and translation titles operator, reminded us of the importance of sharing these stories, and of our responsibility as theatre artists of Arab heritage to act as a bridge between our home countries and our countries of origin.

[We were reminded] of the importance of sharing these stories, and of our responsibility as theatre artists of Arab heritage to act as a bridge between our home countries and our countries of origin.

For the last few years, with the support of the Lark and of NYU Abu Dhabi, where I am a faculty affiliate, I have been curating events with the idea of connecting artists from the United States and the Middle East in various ways. In March of 2014, the NYUAD Institute in New York City hosted a convening called In the Same Room: Middle Eastern Women in Theater, which brought together theatremakers from Palestine, Egypt, Lebanon, Tunisia, Iraq, Turkey, Iran, and the United States. In 2015, the Lark hosted translation residencies that culminated in staged readings of work by two Middle Eastern writers, Amahl Khouri and Abdullah Alkafri, and led to the creation of the Lark Middle East/United States Playwright Exchange. In 2016, we brought together approximately seventy-five theatre artists for a Middle East America Convening. Later that year, I curated and coproduced the first Arab Voices festival at the beautiful NYU Abu Dhabi Arts Center.

These events were part of the same initiative that led to Arab Voices this past March. With the presentation, we not only wanted to showcase translated work of playwrights from the “other” region, but we wanted to see artists from Arab countries and the Americas work in the same room, and, in many cases, bilingually.

It had long been a hope of mine to present work by Arab American theatre artists in Lebanon—my own family’s country of origin—and, happily, two of the company members, Aliya Khalidi and Dima Matta, partnered with me to make it happen. It was Aliya’s inspiration to approach Dar El-Nimer, a center for Arab art and culture, led by visionary executive director Rasha Salah.

With this year being the seventieth anniversary of what Palestinians refer to as the Nakba, Salah offered us the opportunity to be part of a year-long commemoration and celebration of Palestinian art by presenting Arab Voices, as told by diasporic writers. With the support of the Arab Fund for Arts and Culture, NYUAD affiliated faculty research funding, and the Taawon Foundation, we embarked on a year of planning for the event.

To my knowledge, Arab Voices was the first cross-cultural, bilingual project of its kind in Beirut, and it brought the American writers, as well as Lebanese American director Noelle Ghoussaini and Turkish American actor Ayşan Çelik, into collaboration with distinguished Lebanese actors such as Elie Youssef, Dima Matta, Sany Baki, Hiba Sleiman, Bechara Atallah, and Marcel Bou Chacra.

We presented the plays in various arrangements in both Arabic and English (in some cases, the actors performed in both languages within one piece, depending on the relationship and location of the scene; in others, the plays were given in one language, with the other language projected overhead). The Lebanese and Palestinian audiences, who were largely multilingual, delighted in this—several commented that they were accustomed to this experience when seeing films but not theatre, and several remarked on the authenticity of the translation and complimented us on the work of the original translators, Shadi Rohana and Eyas Younis, and the input of Sidawi, who coached the actors on their approach to the Palestinian dialect.

Chief among the breakthroughs we achieved with Arab Voices was the Arabic translation of Foot, a solo play by Chile-based Palestinian American playwright Ismail Khalidi, so that it could be performed by a Palestinian actor, Odai Qedese, at Dar El-Nimer, as well as at Palestinian camps in and around Beirut. Aliya, Foot’s director, was deeply moved by the experience of taking the piece directly to Palestinian audiences.

“The camps people will be my target audience from now on,” she says. “It is really important to give these people some form of empowerment. I know I can’t change the world, but Mira [Sidawi] and I are thinking very seriously about opening a theatre centre in the Borj al Barajneh camp to teach kids and create performances with them and work with the youth.”

‘The Arab American playwright was as live and present in his emotions, political awareness, and character-building in his text as any of the young lost men and women of the derelict Palestinian camps.’—Aliya Khalidi

For Qedese, Foot was an opportunity to tell a story he had a personal connection with, given the challenges young people in Gaza face, but that anyone whose ambitions have been curtailed might understand. Qedese played the role of Tarek, a Palestinian professional soccer player living in Gaza, who dreams of leaving even though he cannot even reach the soccer field close to his house. “I embody the idea that Tarek represents me and you and everybody else,” says Qedese, “because he had a dream, and we all have dreams. And even if they killed Tarek, they can never kill his dream.”

Aliya’s and Ismail’s concept for Foot involved the mute but very strong presence of a young man in an Israeli military uniform whose only action was to, continually and increasingly, limit Tarek’s movement, using duct tape to create and move borders on the floor of the stage. For Omar Ahmad, the young Palestinian actor representing the Israeli soldier, this was a very emotional experience. “I was surprised at first. How can I, a Palestinian, play the role of an Israeli soldier?” Ahmad says. “But then I convinced myself that was even more of a reason to do it. I was crying after every performance—it wasn’t a good feeling—but I knew that I had to play this role and show that this is really happening on our land.”

Following one of the performances of Foot at Dar El-Nimer, a public discussion about the play and its themes took place. Led by renowned novelist Elias Khoury and leading Lebanese actor Roger Assaf, the discussion gave the audience and creative team the opportunity to express their thoughts on a number of topics, from the blockade against Gaza, to the state of Palestinian football, to the Palestinian diasporas in the United States and Latin America. Ismail referred to the presentation of Foot and the dialogue it sparked as a “dream come true.”

And for all of us, our week together was the best of theatre experiences: a group working intimately, generously, and skillfully together; navigating differences and finding commonality; making ourselves entirely available to each other for that brief time.

I was thrilled that the Lebanese and Palestinian actors thoroughly enjoyed the resourceful dialogue that took place amongst all the parties involved. It was a dialogue that ranged from political and historical themes to discussions regarding character development and the collective memories of a people who have had such varied life experiences. What brings them all together is the human experience of loss and belonging.

This was accentuated for her when Foot was taken to the camps. “That was where the common experience fell into place. The Arab American playwright was as live and present in his emotions, political awareness, and character-building in his text as any of the young lost men and women of the derelict Palestinian camps,” she says. “There was a mutual empathy and a common understanding that both parties shared. The audience became a vital part of the experience. And this is, I believe, one of the roles of theatre in society, the communal experience of open dialogue.”

I am similarly grateful for the experience—a video recap of which can be seen here, created by Beirut-based video artist Ali Dalloul—and I was touched by the remarks of Marcel Bou Chacra, Lebanese actor and Arab Voices company member: “This festival is important because it reconnects Arab American artists living abroad to their homeland, and also allows them to visit and perform here, sometimes for the first time,” he says. “I really hope that such an experience will be repeated soon—and we are always ready to collaborate and support.”

In other words, we’ll keep telling our stories to each other.

Thank you, Una, very kind. Working with these artists was a joyful and hugely important experience for me.

CatherineI have been working with Freedom Theatre for the past ten years and continue to look for sources to encourage their work.I enjoyed reading this article and would like information on any initiatives you know of that might be of use.Thanks Josh

A visionary project, nurturing a vitally needed set of conversations, understandings, openings, and possibilities. This is political theatre work at its best: creating connections in the situated, particularized and embodied way that only theatre can do. Congratulations and gratitude to Catherine Coray and all her collaborators!