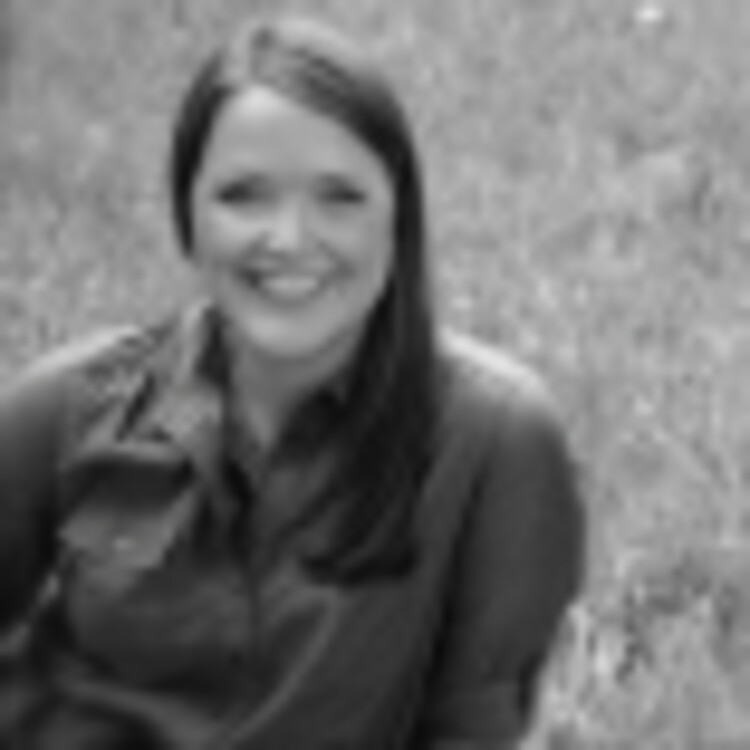 And Then Came Tango is inspired by the true story of Roy and Silo, two male penguins living at the Central Park Zoo who formed a pair bond, built a nest, and were so determined to be parents that they incubated a rock. When given an orphaned egg, the pair successfully raised a baby fledgling. The play takes audiences on a journey to the penguin exhibit where Lily, a young visitor to the zoo, learns to understand the consequences of doing what she believes is right when faced with a public outcry about Roy and Silo’s pair bond. This original work for young audiences weaves dance, storytelling, and live music with audience interaction through a story that celebrates families of all shapes and sizes.

As a feminist artist, I am passionate about theater for young audiences that engages in social justice topics and activism. In my youth, I considered myself a straight ally—standing with peers coming out or not coming out to parents, frustrated by injustices and racism in Orlando, Florida, where I grew up, and wanting to see the world change. My youthful convictions found a space to deepen in the arts. I was drawn to theater’s ability to engage in the struggle; in other words to dive into messy and liminal spaces to make audiences think critically, question, and maybe even change. Recently, I claimed the title of activist, someone passionate about both uniting myself with a cause and activating that stance. As a straight white woman of privilege, I found it easy to assume these labels. However, at this moment, I am immersed in the struggle around what it means to embody and enact my allied stance and activist convictions as an artist. I find myself confronted by politics, fear, and the fact that deep down, I am a people pleaser. In other words, I found myself caught in the middle of wanting to maintain relationships and please others, while not wanting to compromise my artistic voice and activist stance.

My life and work are currently focused on the touring production of my new play And Then Came Tango—a story that is deeply personal and political for many people. I find myself asking daily, do I have what it takes to actually embody and enact my allied stance and activist convictions? I am realizing how the feminist concept of “the personal is political,” both challenges my innate people pleasing impulses and validates my work as an ally and activist. I am learning what it means to stand by my work and stand by quality theater for young people. Most importantly, I am learning that if I really want to become an ally and activist who moves others to shift, I must own the implications of ruffling some feathers.

Most importantly, I am learning that if I really want to become an ally and activist who moves others to shift, I must own the implications of ruffling some feathers.

And Then Came Tango was featured in the Department of Theatre and Dance’s 2012–2013 Season at The University of Texas at Austin (UT). When the production was announced, I felt excited but anxious about the community’s reception. Austin is often considered a liberal haven in a conservative state, and yet I still worried that a play about a nonheteronormative family might raise some concerns from teachers and parents. But to my surprise, things fell into place by building relationships and alliances with members of the school district and school principals. After pitching the play and holding multiple meetings with school district administrators, and principals, we scheduled ten public elementary school performances around Central Austin. Additionally, each school was provided a show description, student study guide materials, and teacher packets, which aligned with Texas State Standards for 2nd and 3rd graders. All of the performances, materials, and optional post-show workshops were offered free of charge.

The sequence of events unfolded as follows:

Faced with this enormous conflict, I questioned my alliance-building efforts and became obsessed with what people had to say about the state of the tour. I heard a mix of opinions: “This is why I don’t work in schools.” “This is why we have to work in schools.” “The district is clearly homophobic!” “We have to respect the district’s decision.” “Many want the show, but are scared.” “Is this worth it?” “Who cares?” “Don’t comment.” “Be patient.”

Patience is not one of my virtues.

As an ally and activist, I have to stand by my decision to write theater that not everyone agrees with, as much as that tugs at my people-pleasing tendencies. I am overwhelmed by people who disagree and even more by supporters, such as the incredible artistic team and allied colleagues across the country. Although many of us who are intimately engaged in the production are angry, disappointed, and deeply hurt, we are moving forward. Why? The most important outcome of this experience is for young people to see this play and to hear this story. In order make that possible we have to continue to build alliances, even if it is a struggle. As hard as it is to enter political spaces like schools, it is even harder not to. The struggle we encountered pales in comparison to discrimination LGBTQ individuals and families face.

The artistic team and I have moved forward by exercising relentlessness.

The artistic team and I have moved forward by exercising relentlessness. We have toured the play to four schools: a high school, a middle school, and two elementary schools. Due to our determination to have audiences, we discovered new partnerships with communities and spaces that may be have been otherwise overlooked. Through practicing love we have engaged in reciprocal exchanges. We received active and engaged audiences and offered free arts experiences.

I am working to exercise patience. When faced with challenging emails, phone calls, or comments on news articles, I choose to not respond, or patiently wait for the right words. My responses attempt to balance transparency while not apologizing for the content of the play. This is especially challenging when someone says, “I don’t know if I want my child exposed to this.” Pushing past the anger that comments like these evoke, engaging in a dialogue requires the practice of love.

Part of this journey has been writing the play, naming my position, and becoming an ally.

I am exercising impatience. Many people have told me that maybe this play would be better received in few years, not during an election season, or not as a tour, but I am impatient for change. I am going to keep trying. How? Part of this journey has been writing the play, naming my position, and becoming an ally. The other part has meant refusing to take no for an answer, writing an article like this one, engaging in dialogue with people that don’t agree with my choices, finding out who wants to take a leap with me next, and becoming an activist. Through all of this exercise, I also discovered that I must practice loving myself. I am pushing past the flood of complaints, suggestions, feedback, and finding the colleagues, mentors, family, and friends that lift me up and fill my heart.

And Then Came Tango was presented at UT from November 30 through December 2, 2012, for family and community audiences free of charge. Our numbers exceeded our expectations and we filled our theater to capacity for each of the five shows. Additionally, parents have galvanized to hold the district accountable to the Austin public schools’ nondiscrimination policies by writing letters and calling district administrators daily. This gives me hope for the future of this play and similar projects that might seem impossible for school spaces.

This challenge has rocked my identity as an artist, ally, and activist it gave me another gift as well. I now have a personal mantra grown out of the struggle that will help me the next time I am faced with an opportunity like this one.

I am so totally inspired.

I am so totally inspired. My husband and I were actors in new York for years and jow he is a Methodist minister and we're living in Savannah, Georgia. Needless to say, our church is is very different from most of those in the south... We're a very open and welcoming congregation. Many have found it to be a refuge from past spiritual places of hurt and pain. Not wanting to lose our roots in the theatre, we have a theatre housed in in our church and we do 2 productions a year. This sounds like PERFECT piece for us! Is there any way to get the rights to this in our theatre? Or how can I contact you for more information? My email address is :cbhester@comcast.net . thank you for the amazing work you are doing to spread love into the the world. :-) Cheri

Thank you for telling your story with such passion, spine, and grace.

Love this so much. Great write-up, Em.

If people waited for the right time for plays to be received, what would be the point in writing them. What a wonderful story, fight the good fight!!

Fascinating insights here about responding to criticism. So excited to hear about your project!

Awesome. I'm so glad to read this account. Thank you.

Love this! Keep on doing your work! The best thing any of us can do, as artists and cultural workers, is to continue to trust our thinking, and acting on it in the face of doubt -- ourselves or anyone else's. You give a clear example as to what can happen when we do. Inspiring.

Your mantra is excellent. And supported by evidence. We need smaller companies that can create and present this sort of work. The larger insititutions have their hands tied because of their need to respond to a very wide group of interests. The smaller groups have the flexibility (and your mantra) to identify partners and build bridges one audience at a time.

Brava, Emily. You've given us words to live by as well as words to be heard from the stage. I thank you for both and look forward to reading your script and seeing "And Then Came Tango" some day soon.

Thank you for this. It's a good lesson for all of us who are pushing boundaries and desiring change. I love your mantra...exercise relentlessness, practice love. I'd like to read your play.

Thanks for the taking the time and care to articulate the complex thoughts, feelings, and actions throughout this process, Emily. Steady on.

Thanks for the detailed description of this adventure. Kudos to you for doing it in the first place, for figuring out how to finesse things, for figuring out how to learn from the experience. The hardest thing - for all of us - is maintaining our inner core in spite of the negatives. And in spite of the positives as well - it's easy to be swayed by the winds of opinion -