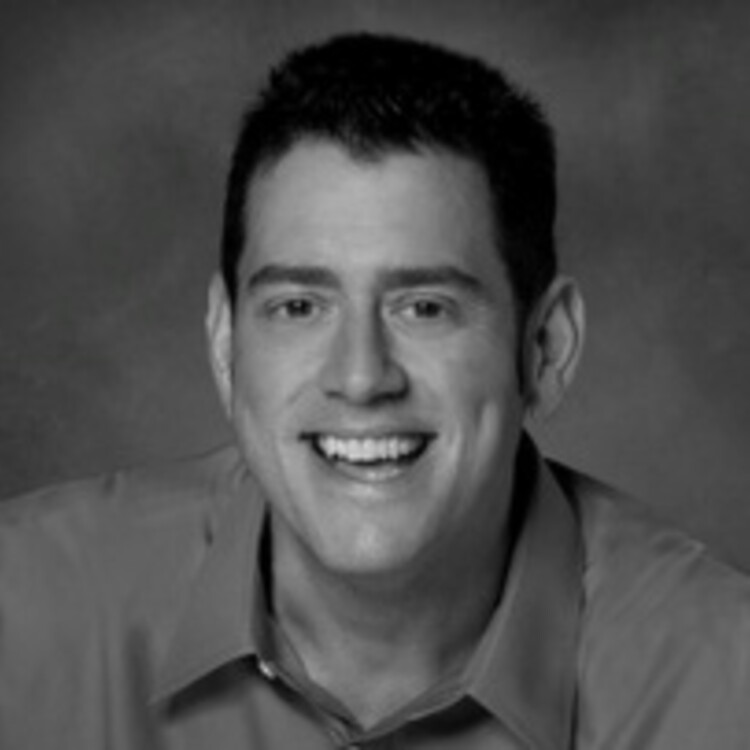 I belong to a community of Arab American theatre artists and theatre professionals. We work as individuals and we work as collectives. We love theatre and we love being Arab Americans. But are we a movement? We are in that we’re working towards common goals of creating change: changing hearts, changing minds, and changing policies. We may be embryonic as movements go, but embryos have a way of growing.

I want an Arab American theatre movement that is bold and provocative and funny and entertaining. I want us to be smart and hip, to set trends and raise the bar. I want people to want to be us. I want it to be cool to be Arab American. I want an Arab American theatre movement that shapes our national conversations about all things Arab. Speaking truth to power is essential, but I want us to exercise and wield power, constructively, proactively, and in a coalition with our allies and friends.

I am an Arab American theatre artist and I am nobody’s victim. Arab Americans will no longer accept being vilified or marginalized or relegated to the outer reaches. Demonize us and we will respond. We are not the enemy. We are neither suspect nor a fifth column. We are an integral part of this extraordinary human experiment known as the United States of America. As Americans, we are the inheritors and benefactors of the U.S. Constitution and its most venerable guarantee, the First Amendment. Freedom of expression and freedom of conscience are rare commodities in the Arab World. I’d say that makes our Arab experience rather unique.

Arab Americans will no longer accept being vilified or marginalized or relegated to the outer reaches. Demonize us and we will respond. We are not the enemy. We are neither suspect nor a fifth column.

For those Arab Americans who find solace commiserating in collective weakness, I hate to break the bad news to you, but we are not outsiders looking in. We are not visitors or guests or strangers. We are proud Americans and proud Arab Americans and we engage critically with both our Americanness and our Arabness.  No one can take that away from us.

Making Community Through Story
Yes, we’ve achieved as individuals, achieved greatly in some cases, and we’ve built some terrific institutions and organizations, but as a community, I would argue that we’ve fallen short, failed to meet some critical benchmarks. For every time our country profiles us, or bombs an Arab city, or conflates our narratives through some national security lens, we are reminded of all we haven’t achieved as a community. And for that reason and countless more, I believe that Arab American artists are poised to lead our community. It is our artists who will emancipate us from cultural dystopia and political powerlessness.

Until the larger American public connects with our stories, connects with Arabs on a human level, emotionally, spiritually, intellectually, viscerally, we will remain, as a recent Zogby poll revealed, detested and despised. And I’m sorry, but our community is not blameless. An embarrassingly large segment of the Arab American community has dismissed and ignored Arab American artists at the community’s peril. By not supporting us, by not helping us develop as artists, by not giving us space to experiment, fail, and succeed, by not standing with us even when disagreeing with us, our community has failed us and it has failed itself. One great work of art can effect more change than all our panel discussions, street protests, boycotts, op-ed pieces, academic conferences and blog posts combined.  But it takes a village to create a great work of art and we need more Arab Americans in our village.

We Are You!
Word to our esteemed Arab American activists and academics and community organizers: we are you! We are all playing for the same team. Art is transformative, art is activism, art produces knowledge, art generates discourse, art builds communities, and art strengthens identities. By definition, an artist is an activist, a teacher, a community builder, and so much more. Art is progressive politics.  However, if the price of belonging to “the club” is adhering to political and social orthodoxies, and regurgitating tired old polemics, then thanks but no thanks.  Ideological litmus tests and political purity exams are the enemies of art. They are the earmarks of insecurity and uncertainty. Rhetoric and policing thought and absolutisms are really boring. And it hasn’t worked for us. Excluding Arab American artists from our community’s leadership only furthers our community’s invisibility and guarantees our irrelevance to national dialogues.

We are all part of a diverse ecosystem; an ecology of change makers and social justice advocates. Arab America needs its artists so that we as a community can grow and self-examine and get to know each other. We need safe space in which to confront challenges and taboos, space in which to ponder and imagine and debate.  Arab American theatre is that safe space. It is a mirror to who we are and what we want to become. We may not always like the reflection in the mirror, but facing that reflection can only empower us. And by inviting others to join us in that safe space, including non-Arab Americans, even those we perceive as ignorant or hostile, by welcoming them to be part of our journey, part of our process, part of our healing, by allowing their opinions to matter, fully and without censure, without admonishment, regardless of how annoying or offensive some of those opinions may be, that’s how we’ll create social and political change. It does not happen in a hermetically sealed, philosophically vetted silo.

An Activist Company
I am the Founding Artistic Director of Chicago’s Silk Road Rising, a not-for-profit theatre company dedicated to showcasing (primarily) American playwrights of Asian and Middle Eastern backgrounds. My husband, Malik Gillani, and I founded the company as a response to the terrorist attacks of September 11, 2001, and the ensuing anti-Arab and anti-Muslim backlash that gripped the nation in its aftermath and reverberates to this day. We were also responding to a “clash of civilizations” discourse that garnered a great deal of traction following 9/11, positing an intractable conflict between a monolithic West and a monolithic Islamic world. It is a dichotomy we very strongly reject. At Silk Road Rising, we place the onus on playwrights to create stories about the communities from which they hail, reclaiming the mantle of self-representation through authorial voice. Arab Americans and Muslim Americans have paid far too great a price for ceding our representation to others.

It can be said that being Arab American carries a unique set of domestic and foreign policy challenges. Remove the hyphen between “Arab” and “American,” and sadly, a tension still lingers. It’s why building bridges comes second nature to us. So it would follow that Arab American theatre artists are actively engaged in addressing our country’s domestic and foreign policies, and that deliberately or inadvertently, sub textually or substantively, our art becomes a plea for policies that are just and fair. I’m not reducing our art to advocacy, but I’m also not denying that advocacy fuels our art, at least in part. It wouldn’t be art if it didn’t. To those who say “activist theatre” is mere euphemism for activism, I say “activist theatre” is euphemism for theatre. Otherwise, why bother doing theatre?

Change begins at home, in the culture. In order to change attitudes and policies, we have to change the culture. In order to change the culture, we have to help create the culture, and we do so through cultural production and cultural representation.  There is no activism without cultural activism, or at least there is no effective activism. Thirty years of involvement in the LGBT movement have taught me volumes about the intrinsic relationship between culture and public policy.  Frankly, we Arab Americans have a lot to learn from us LGBT folk.

So I’ve articulated the need for the Arab American community to support its theatre artists and I’ve illuminated the work my theatre company is doing to help materialize said support. But I would be remiss to suggest that a relatively small, besieged, and fragmented ethnic community, and a small but crazily ambitious Chicago theatre company can do all the heavy lifting—even with help from our fabulous allies at Golden Thread Productions, The Lark Play Development Center, and Noor Theater. The fact is that mainstream American theatre needs to step it up big time.

Ambitions
If we scare you or make you nervous, talk to us about it. “Arab” and “Muslim” are good words. They’re not bad words. We know that instinctively. We can help you. Trust me. Your patrons want to see Arab American plays. They may not say it, but they do. I don’t know if you’ve caught the news at all in the past fifty years but it appears that Americans and Arabs need to understand each other a bit better. We need to be hearing each other. And Arab Americans know those conversations particularly well. We live it. Truly. It’s in our DNA. Imagine all the stories we can tell!

I see. You’re afraid of alienating your more conservative audiences. You have Republicans on your board. Well, so do we, and guess what? They believe in our mission, deeply. You’re afraid of offending your Jewish donors. Give your Jewish donors more credit! Some of them are our biggest cheerleaders, and ironic as it may sound, Jews are our natural allies. You’re already doing an African American play this year. That’s great! But, uh, why would producing an African American play preclude you from even considering an Arab American play? Why not produce both plays?

Is my wish list ambitious? Absolutely!  But everything I have enumerated in this essay is doable. So yallah, let’s do it.

To view the video essay TOWARDS AN ARAB AMERICAN THEATre MOVEMENT click here.

Electrifying read. Thank you. What a great provocation.

If one is advocating for having one's voice heard and celebrated in pluralistic environment, it would behoove one to be respectful of other cultures as well, especially one for whom one wishes to advocate. The term "Arab-Jew" is not widely accepted by the people to whom it is assigned.

There are many Jews whose ancestors once resided in lands where dialects of Arabic were spoken, and Arabs were the majority ethnic and cultural group, and many of these Jews spoke a vernacular dialect of Judeo-Arabic, and their culture was certainly affected by centuries of living in Arab lands. The more widely accepted terms include Musta'arabi ("Those who live among the Arabs") Jews, Mizrahi ("Eastern") Jews, Maghrebi (North African) Jews, or a hyphenated label that addresses the specific country or locality of the family's origin.

However, these Musta'arabim largely remained distinct not just as a religious group, but as an ethnic group, and were rarely seen as Arabs by the Arab majority as nearly a million Jews of Arab lands were driven from their homes either by official acts of deportation, or by unofficial pogroms. They were generally neither seen by themselves or by others as Arabs who just happened to be Jewish.

The point being that the term "Arab-Jew" is a denial of both these distinct cultural identities and of this historical experience.