The Current State of Native Theatre

I have to get this written. Why? I’m polishing the production draft of Off The Rails, Native Voices’ twenty-seventh production. Now in rehearsal, we are immersed in the world of the play, where it’s 1886 and the Union Pacific Railroad, an Indian boarding school, and Madame Overdone's Stewed Prunes Saloon collide. It’s a bawdy and irreverent adaptation of Shakespeare's Measure for Measure set in Buffalo Bill's Wild West—and my way of turning history on its head.

The idea and creation of the American Indian boarding school came at a moment in time when according to the US Census, there were only 218,000 Indians left alive in America. The total annihilation of Native people nearly happened (from an estimated fifteen million to less than a quarter of a million in 1880). On the surface the US government was seen as benevolent, “providing” reservations, treaties, and schools for what many still called savages. In reality, the Indian boarding school was the answer to what many called the “Indian Problem.” This was the pinnacle—the turning point for Native people. One way or another, the US was determined if not to wipe out Native people, then to wipe out traditional life ways, language, and culture.

As an enrolled member of the Choctaw Nation of Oklahoma, I have family members who attended Indian boarding schools. This is a history that continues to haunt Native people and communities to this day. And it’s a history audiences are surprised to hear about—let alone see on stage. Off the Rails looks at the real and lasting wounds inflicted by the Indian boarding schools, through the lens of a Shakespearean comedy. The structure and historical distance allow me to reveal hard truths. They also allow me to populate the stage with lead characters who are Native, and living through the story.

When power is allowed to run amok, the oppressed will do whatever they must to survive it. In the photos from the boarding schools, I see an attempt at cultural genocide. People stripped of their traditional dress. People stripped of their language. Their drums are taken away, literally and metaphorically. But we know the powers of the day did not ultimately win. Native Americans survived and that's why we tell the story. That's why Native Voices exists. 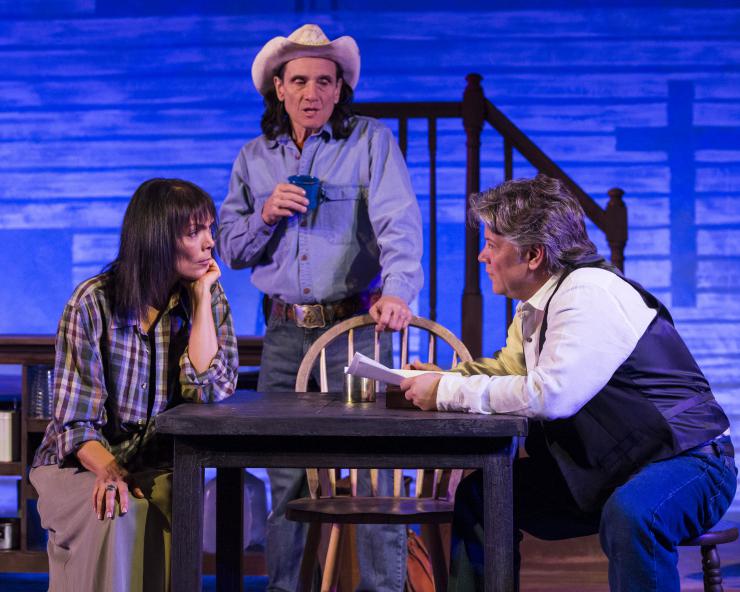 In 2008, La Jolla Playhouse became our San Diego host for our New Play Festival. Scripts developed by Native Voices have gone on to workshops or productions at The Public Theater, the Mark Taper Forum, New York Theatre Workshop, the Kennedy Center, the Minneapolis Playwrights' Center, Native Earth Performing Arts, Montana Rep, Perseverance Theatre, and numerous community, university, and museum venues. We’ve toured nationally and internationally, including Arigon Starr’s The Red Road at the ASSITEJ World Congress in Adelaide, Australia and Diane Glancy’s Salvage, which premiered in Los Angeles, and was remounted with the original director and cast at Riverside Studios in London. Carolyn Dunn’s The Frybread Queen went to Montana Rep, and this month we’re remounting Vicky Ramirez’ Stand-Off At HWY# 37 with the University of South Dakota, featuring Native Voices actors, who are members of Equity, working with a student cast from the university. 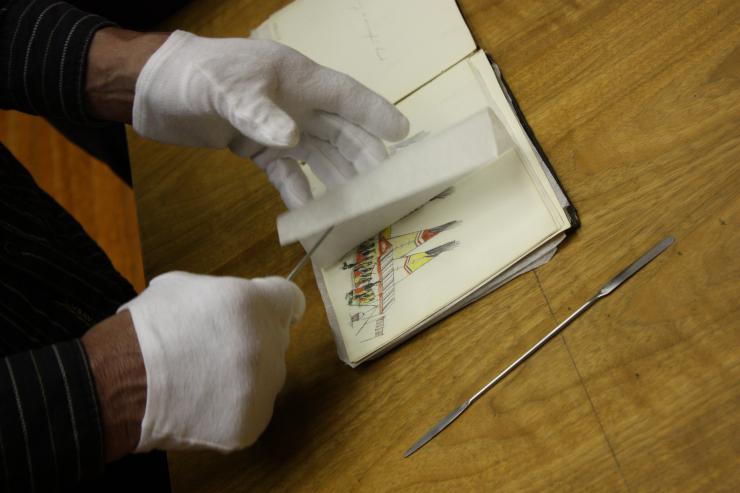 The Native Voices Artists Ensemble inspires me. As producing artistic director of Native Voices at the Autry, I have the privilege of working regularly with gifted Native theatre artists and the vibrant LA theatre community. My partner in life, and in this work, is the amazing producing executive director of Native Voices, Jean Bruce Scott. As artists we are driven to make work that is compelling and difficult, presenting truths about life that are paradoxically beautiful, complex, and sometimes brutal. 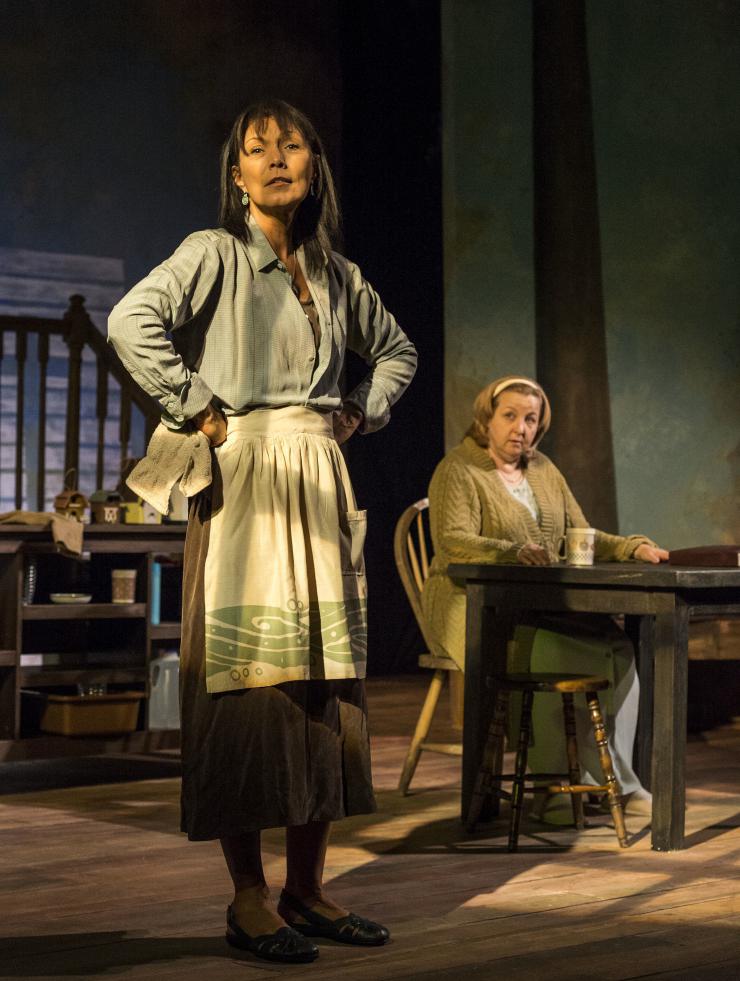 Professionals who claim not to be able to find Indians in theatre or in their cities are displaying grand ignorance, not proclaiming “the state of affairs” within the American Theatre. Today there are more experienced, informed Native American theatre artists working in the US and Canada than ever before. They are writing and acting and informing scripts written by others. We are creative, passionate, and dedicated to our craft and stories, yet agile enough to tell any story. Google "Native American theatre" and you’ll get more than 32,000 results. People who portray Indians on stage as stereotypes of savage American Indians should first consult with professionals, scholars, and culture bearers who work in the field for advice and guidance. We are in plain sight and just a click away. It is a great time to make a play by and with Native Americans. All of us could do more to make art that tells the whole story. The time is right. What can you do? 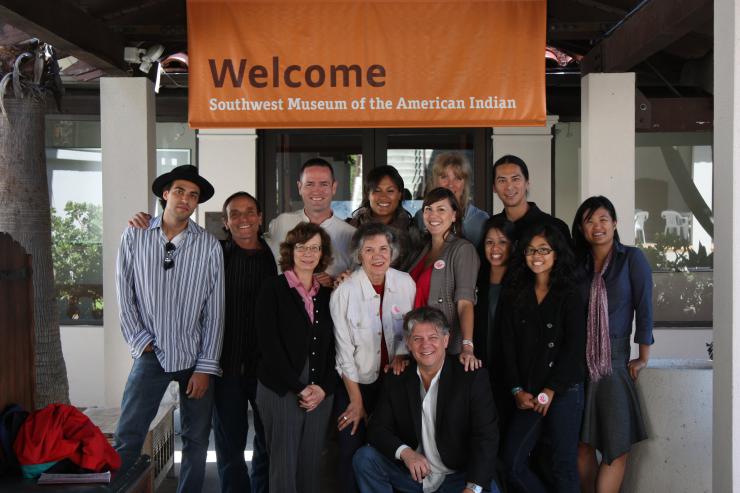 1. The Bird House by Diane Glancy. Carla Rae Holland (as Majel), Robert Owens-Greygrass (as Rope), and Randy Reinholz (as the Reverend Jonathan Logan aka Hawk).

2. October 2010 workshop of The Catch by Diane Glancy. Native Voices at the Autry on the Historic Southwest Museum Mt. Washington Campus. Robert Owens-Greygrass looking at one of the Fort Marion Ledgers.

3. The Bird House by Diane Glancy.Watching the parade of trucks to the newest drilling site. Carla Rae Holland (as Majel) and Ellen Dostal (as Clovis).

"People who portray Indians on stage as stereotypes of savage American Indians should first consult with professionals, scholars, and culture bearers who work in the field for advice and guidance."

I'm actually attempting to portray an Indian character on stage as a mostly competent - if imperfect - intelligent, well-educated, dedicated public servant, with a dry sense of humor. I'd love to consult with a professional, scholar, and/or culture bearer to get feedback on whether I got my portrayal right, but I have no idea where to begin. Would you be so kind as to point me to a resource?