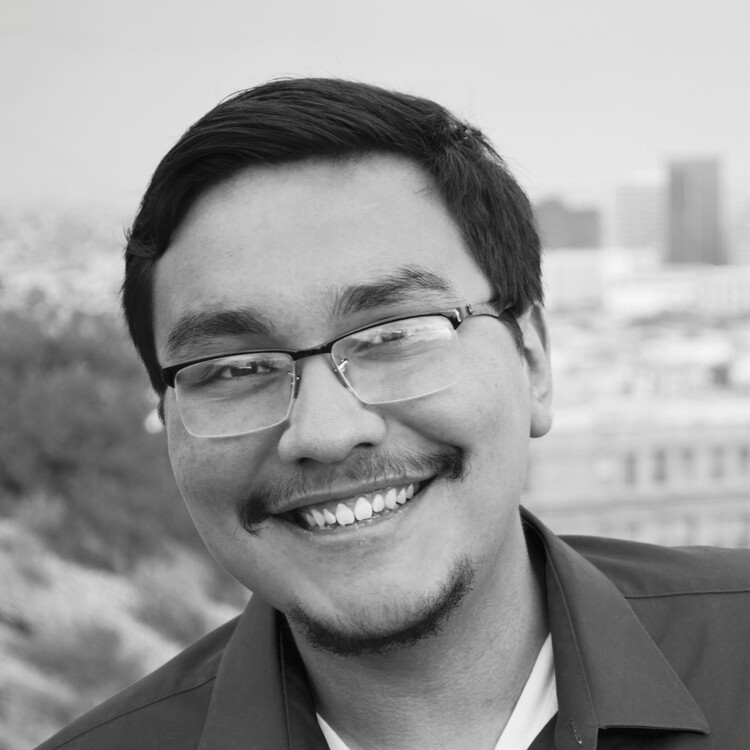 “I had actually seen a high school production of this five years ago and I thought to myself, why on earth is a high school doing this show?” says Zack Mooney, a senior at Emerson College. He is the president of RareWork’s Theatre Company, a student theatre group on campus, and the director of their production of Alchemy of Desire/Dead Man’s Blues, a play written by Caridad Svich. “I was really drawn to the script then, to the story. It was different from anything I had seen.”

Caridad Svich is a playwright and songwriter who lives between many cultures. Her works explore biculturalism, construction of identity, dispossession, and wanderlust, all of which can be seen in Alchemy of Desire/Dead Man’s Blues. It is a play with songs set in the outskirts of New Orleans. The death of a soldier sends his widow and a community of women on a journey that brings them to question love and what it means to truly grieve. It’s a story that brings together spirits, nature, and fried chicken in a search for something greater.

This was a world that had experienced life and death and had explored everything in-between. In that sense, I filled the world with the unfinished and forgotten.

“What she has done is set it in a kind of primeval time. There’s this sense that we are at the beginning of the world and that this is all happening for the first time and what we are actually looking at are the fundamentals of human impulses and desires,” Zack says. It’s in this way, beyond all the specificity that cultures places on us, such as where we’re from or how we may have been raised, this kind of fundamentality crosses cultures by looking at, “what are those basic human impulses, those desires that unite us.”

These were the same words Zack shared with me when I was approached to scenic design this production. Right away I knew the world he wanted to explore. This was a world that had experienced life and death and had explored everything in-between. In that sense, I filled the world with the unfinished and forgotten. Dreams left still desired. War and turmoil in the backyard. All of it under the canopy of a weeping willow. After all, what communicates loss better than the objects, and people, we leave behind.

“I think a lot of shows try too hard to have themes that are big in society right now,” says Anneliese Ryan, one of the lighting designers, describing to me her concerns with theatre that focuses on spectacle before emotion. “This show, however, is about grief, and loss, and love and those are three things that everyone in this world can feel, has felt, and will feel again and it doesn’t matter where you come from. These are things you will experience.”

She goes on to explain that what she finds important in a piece of theatre isn’t when a playwright or director tries to focus on one issue, but rather when the focus is on how the roots of these issues—these big picture problems—have a place in all of us.

When wondering where Caridad Svich’s focus on the universal originates, one needs only look at her history. Growing up, she was constantly moving. Svich considers herself a hybrid culturally, finding her roots in her Cuban, Argentinian, and Croatian ancestry.

“She is a playwright who writes from her own experience; an experience that I think is distinctly American,” Zack says. He explains that one of the reasons he was so drawn to her work is her history. Her identity as an immigrant to the United States were these spliced parts of her life that are pieced together into, she calls it, a “cultural collage.” “Seeking cultures that are not my own and looking at my intersection with them as a human being is something that I am very interested in as an artist,” Zack adds. He notes that this desire for cross-cultural diversity extends into the community on campus.

At Emerson College, finding those moments of intersectionality between different groups of artists is something that the community is constantly striving towards. Zack expresses that this is exactly what RareWorks tries to do. “I think our thing is telling stories that have not been heard before. Showcasing perspectives that aren’t commonly heard. Caridad’s perspective is distinct as a Latina woman.”

He notes that, although he feels that Alchemy itself is not about her race or her culture specifically, he still recognizes it as her perspective—a perspective that is shared by two members of the cast who he has looked to to guide him: Penelope de la Rosa and Andrea Leon. “As a director, there’s the question of, what is my voice? What am I able to authoritatively speak on and when do I need to step back and say this is not my voice. This is not something I have ownership of. I need to ask someone who has had these experiences.”

One of Zack’s focuses when preparing to bring this world to life was to make sure that the show was diverse in its casting, something Anneliese was very excited about. “Everyone is so different in physical look and cultural background and it’s done in such a way that the message isn’t lost.” She is speaking to the fear that the audience will see the casting as either diversity for the sake of diversity or, arguably worse, that their difference negates the message. “These people are all just people in this world, a refection of the community. Their background isn’t what’s important, but rather a means to help carry these themes through.”

Not only did Zack want to create a diverse world for the play to live in, but he also wanted to help harbor this intersectionality in a productive, and safe, space. When asked about the rehearsal space, and what it was like for the actors, one word kept coming back: poetry. Zack explains his process as being an exploration of the rhythm in her words. “I do think it’s poems that have been formatted to tell a dramatic story. In many ways, Caridad writes in a modern Shakespearean format. It’s so poetic, and technical and there’s so much imagery.”

Penelope de la Rosa notes that her love for the piece extends from her love for the text. She says, “I see the world through poetry, I want to see people through music.” It’s this language that has allowed for many different emotional terrains and builds on the concept of living between cultures and internal diasporas. Despite his love for the text, Zack admits that its complexity, and the importance of that complexity, added a new level of difficulty for both him and his actors.

“How do you apply it dramatically and how do you apply action to that? The language is so rich that, if we’ve done our hard work, then we’ll hopefully find that sweet spot that sizzles. Where we’re not just warming something up and where it’s not cold. That we have accessed language in such a way that you can feel this language sizzling and popping, I think it’s that provocative and seductive.”

Alchemy of Desire/Dead Man’s Blues opened in the Cabaret Theatre November 1st and 2nd and took audiences on a journey through grief and the swamps of New Orleans. The actors and production team had done their part; it was out of their hands now. What’s left is to trust that audiences found something that resonated with them.

When asked what we hoped audiences would get out of this show, it was clear that everyone was on the same page we all shared the same sentiment. Life is hard. War is even harder and loss, loss is something some people never recover from. The hope is that this show, which is all at once about loss and love, helps audiences recognize pain and need in those around us and realize that when one person is affected by grief, an entire community is affected. We come from different walks of life, but pain affects us all in the same way.

This is Caridad Svich’s Alchemy of Desire/Dead Man’s Blues. A song in the night, reaching out to all those lost and all those still searching.

Very lovely ode to Caridad's great play. There are many distinct voices in the the realm of Latino/a Theatre in this country, but hers sets the standard for its lyric and musical approach. You express very directly and poignantly the experience of dealing with her vision and her language, and you were fortunate to have seen it translated into a powerful performance for your audiences.

Wake up to read this this morning. Brought a smile. thanks for writing this. ALCHEMY OF DESIRE/DEAD-MAN"S BLUES is huge part of my writing life. the play has never had a production - full run - at at east coast theatre. ever. so, even two nights in BOston is a dream. Thanks for sensitive, compassionate article.