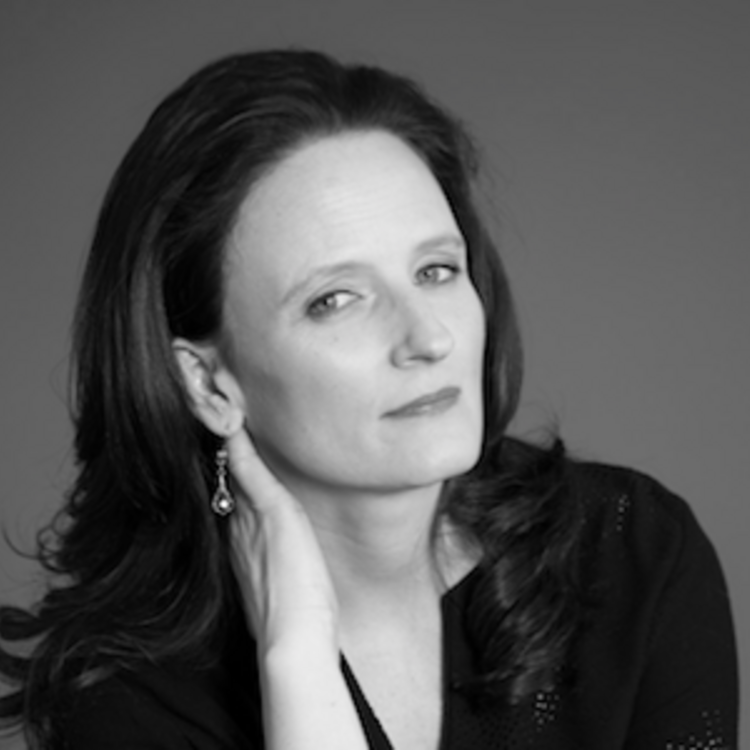 A Conversation with Jenny Giering

Jenny Giering has been described by Talkin’ Broadway’s Rob Lester as a composer and performer who “makes a strong impact both as a writer and singer, thoughtful and passionate in both roles.” Her work can be heard on New, Emerging, Outstanding, Live at the York Theatre; the Audra McDonald album Way Back to Paradise; and her own album, Look for Me. She has received the Jonathan Larson Performing Arts Foundation Award, the National Alliance for Musical Theatre’s Production Grant, and many other honors.

On his Musical Theatre Resources blog, Kevin Michael Jones includes Jenny Giering as #16 in a list “Celebrating 25 Women Songwriters in Musical Theatre Today,” declaring that 2015 was “a watershed year for female musical theatre creators.” It is worth noting that nine of the artists mentioned are librettists and/or lyricists rather than composers.

Furthermore, three of the composer/lyricists—Dolly Parton, Cyndi Lauper, and Sara Bareilles—were established names in the pop music field before writing musical theatre. This does not in any way diminish the merit of these artists’ works; it does suggest that they had a point of entry unavailable to other female songwriters.

My introduction to Jenny Giering’s work came via “It’s Time, Little Man.” Performed by Rebecca Luker, the song appears on the album Over the Moon: the Broadway Lullaby Project.

Jenny Giering: My friend, Stephanie Bast—who’s an actress—is very good friends with Kate Dawson, who put that CD together, and she recommended me for it. Kate heard some of my stuff and loved it, and we wrote a song. I was very happy to be included in that project; it was really fun. Sean [Barry, the lyricist] is my husband; we’re partners in life, as well!

I had a composition teacher who said that you should never go with your first choice; you should always look for the choice that’s underneath. So when I write music, I try to look for the more interesting choice.

Donald Sanborn: Songwriters often are asked, “Which comes first, music or lyrics?” My response: It depends on many factors, and the answer often is more complex than that question suggests. But how would you describe your process with Sean Barry and other lyricists?

Jenny: I work with a couple of different lyricists, and my process is dictated by the moment. That’s what comes first. Once we’ve decided on the moment, it’s a question of: does information have to come across, or an emotion? If it’s information, we go with the lyrics first, but if it’s emotion, we often go with music first.

Sean and I started a new piece based on [the fact that] I was diagnosed—in December 2014—with early stage breast cancer, and went through treatment. I had a unilateral mastectomy, had a silicone implant put in, and went through reconstruction. I got really sick for almost a year with this mysterious illness, a toxic reaction to my implant. That’s why I had to have emergency surgery in December [2015].

We’re writing a piece about that now, called The Things We Leave Behind. We were lucky enough to work on it at Sundance in Utah in June 2016. The way we’re writing this piece is sort of a microcosm for how I tend to write.

We had just written the end of the show. I felt like a song should be about what happens when you get your life back in a box, if it’s in pieces, and you don’t even know what the puzzle is. I wrote the whole song with no words, and handed it to Sean. I said, “Here’s what I think the song is about.” He said “OK, I get it,” and wrote the whole thing. So sometimes it works like that.

There are other songs in the show where he’ll write his entire lyric and I’ll set the whole thing. Other times, he’ll give me some of a lyric, and I’ll set that. Then I’ll take it further, and write the music ahead of him. So we’ll finish the music when we see where the lyric picks up, and finish the lyrics when we see where the music picks up. Sometimes it takes forever, and sometimes it takes two and a half seconds!

We wrote this song called “Love is Letting Go” while developing the show at Sundance. Sean woke up at four in the morning, and he said to himself, “Oh my God! We’re here at Sundance, and Sally Wilfert—who is working on the show with us—has the most gorgeous voice, and she’s the only one without a song!” So he got up and wrote that lyric, and gave it to me at seven. I set it before breakfast, and she was learning it at eight! It was one of those things that—boom—came out fully formed.

Donald: I notice that besides “It’s Time, Little Man,” some of your other songs—including “First Grade Teacher” and “Love is Letting Go”—deal with the relationship between children and their caregivers, or mentors. Is that a theme that has special meaning for you?

Jenny: I’ve discovered that a lot of my music is about loss. Not consciously, but I keep getting drawn to stories about people losing things. Summerland is about the Fox sisters, who were three of the original mediums. You realize when you study the history of spiritualism that people were looking for comfort—trying to find loved ones who had died.

I’m also working on Alice Bliss, a Playwrights Horizons commission. That’s about loss. The father in the piece goes off to war; he’s deployed in the 2006 Surge in Iraq, and he doesn’t come home. It’s about how the family has to recover, and move on. So I’m consciously and subconsciously fascinated by how we redefine ourselves after loss. I don’t know why that is!

Donald: How did NYU’s Tisch School of the Arts help you grow as a composer?

Jenny: By forcing everyone to write at such an incredible clip! There were so many different assignments. The best thing for working on your craft is the sheer volume of work you turn out. What I found helpful about the program was writing with different collaborators; every week I had to write with somebody new.

Jenny: Yeah, but even more intense! I did my first year at NYU while I was doing BMI. This was twenty years ago, so I don’t know if it’s true today, but there was a philosophical difference in the way that musical theatre was supposed to be written. [Earlier in this series, composer/lyricist Noel Katz discussed his own experiences with the BMI Workshop.] There was more room to be experimental at the NYU program than there was at BMI. It’s neither good nor bad, just an aesthetic difference.

The world is really different now. When I was doing BMI, there were no new musicals coming into Broadway. If there was one new musical per season, that was a big deal! It’s not that way now, obviously. There’s so much more new stuff. I think musical theatre’s gone through a sea of change since I came.

Donald: What caused that?

Jenny: There was a new group of writers coming of age. Things brought musical theatre away from the revival and into new work. Parade was a bold dramatic show. I don’t know if it was critically successful, but it showed that you could write a brand new original musical and everything would be okay! (Laughs)

The late ’90s—Adam Guettel, Ricky Ian Gordon, Michael John LaChuisa—made people say, “There’s a new sound being born here.” Beyond that, I think particular shows made Broadway producers see that you could write new stuff and make money at it.

I’m hopeful things will continue in that direction. Hamilton has done a great job of breaking open some doors, in terms of sound and what people think is “commercial.” I’m hopeful it means that a great story can land on Broadway, and doesn’t have to have a movie star.

Donald: And a literate libretto, too.

Jenny: Exactly! When we first came to New York, the new shows were Jukebox musicals. I do think we have a problem in the world of musical theatre, in getting shows from development into production. The work doesn’t end after your first production!

Donald: All the theatres seem to have a backlog, don’t they?

Jenny: They have a backlog, but the other thing is if you’ve given away your world premiere, it’s harder to convince a theatre to do the second production—because they don’t have that feeling of being the very first people to produce your work. I wish there were more theatres willing to do a co-production of a new musical, so writers have a chance to look at their work again after putting it on its feet.

I had a composition teacher who said that you should never go with your first choice; you should always look for the choice that’s underneath. So when I write music, I try to look for the more interesting choice.

Donald: Mary Mitchell Campbell, who has orchestrated the John Doyle productions of Sondheim musicals, also has orchestrated some of your scores. Did you work closely with her, or did you have her work more independently?

Jenny: We worked sort of closely; I told her what I was thinking. We talked about instrumentation, and then she really just went to work. She’s wonderful. If you ever get a chance to work with her, you should! She’s so incredibly talented. And fast!

Donald: How would you describe your compositional style?

Jenny: “Unexpected” is the wrong word. I had a composition teacher who said that you should never go with your first choice; you should always look for the choice that’s underneath. So when I write music, I try to look for the more interesting choice. That may mean substituting a different chord, or moving away from something one would expect to something the ear doesn’t expect.

I’ve always wanted to write musical theatre because its parameters are bigger than we think. One of the things I find so exciting about writing musicals now—finally after being in New York all these years—is that it looks like it’s opening up into realms that I always thought it could reach. So I’m really excited about that.