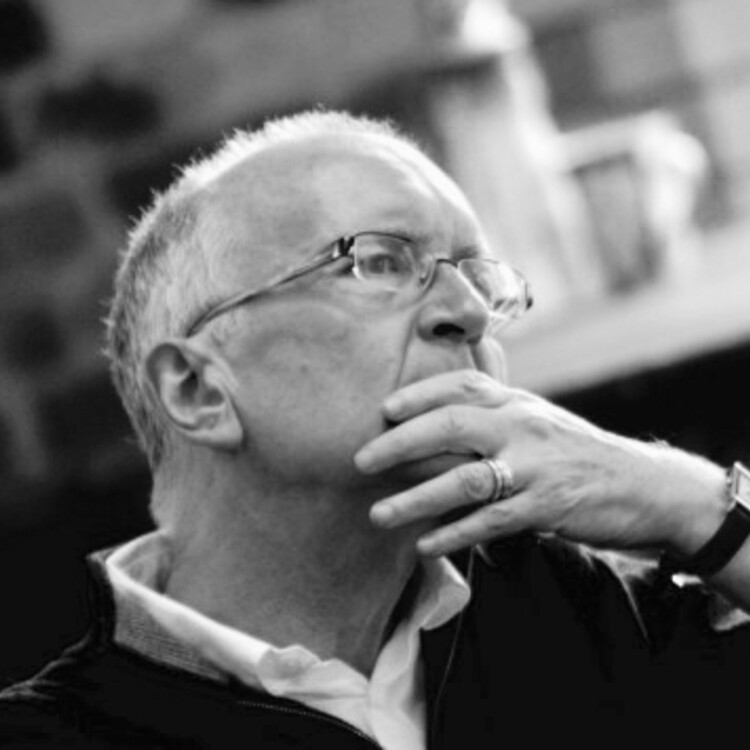 A Conversation with John Doyle

John Doyle has directed numerous operas and musicals. He is noted for productions—especially those of Stephen Sondheim shows—in which the cast doubles as the orchestra. Doyle’s current Broadway production is The Color Purple. At Princeton University, Doyle is a visiting lecturer, with the rank of Professor in Theatre.

Donald Sanborn: How do you define the difference between opera and musical theatre? As a director, do you make different choices for the two genres?

John Doyle: You do make different choices. Opera singers are more flexible, and physically more able than they used to be; it used to be that they’d stand and sing. It’s not like that anymore, but there’s not much people can do when singing at the top of their vocal range. You have to be aware of that.

There’s also a different set of relationships in opera. In opera, the conductor is number one in the pecking order, and the director is number two.

The aesthetic of the actor-musician work is to say that nature of the music-making is as much a part of the storytelling as the vocal performance.

Donald: At one of your Princeton University lectures, you stated that you agree with Stephen Sondheim that Sweeney Todd is not an opera. Why isn’t it?

John: Because it was written for musical theatre performers. The vocal style of it is rooted in the Vaudevillian nature of musical theatre. If it becomes overproduced vocally, which is what the opera singer will do to it—understandably, because that’s what they do—then you deny the wit and humor that lies inside the piece. So although the stature of the material is operatic, I don’t think the way of doing it is operatic.

John: Oh, it’s a musical, undoubtedly. None of these things mean that they’re easy to sing, but they’re musicals. The relationship with the audience is about the kind of entertainment that comes with musical theatre, and the payoffs that come with that.

Donald: You’re very well known, particularly in your Sondheim productions, for your “actor as orchestra” approach. How did you come up with that?

John: Somebody had come up with that before me; that was something that was first done in the eighties, I think, in the United Kingdom. Directors were exploring how to transition between the orchestra and the performer. Rock and roll musicals, such as Return to the Forbidden Planet, used actors who could play instruments, as characters.

I was the first, I suppose, to take the classic musical theatre form—the first one I did was Candide—and use actor-musicians. It primarily grew out of economy; lack of money. I was working in companies where we couldn’t afford orchestra and singers. So I thought, “Let’s see if I make a way of storytelling that puts those things together.” I suppose what I’m saying is that I didn’t know I was inventing something. I was, but my intention was not to invent anything. My intention was to find a way of telling those musical theatre stories in an environment in which I couldn’t afford to do it any other way.

Once was doing the same thing on Broadway. I did it with two Sondheim shows—Sweeney Todd and Company—back-to-back, on Broadway, and the approach was new to America, but it wasn’t new to me. It was something I’d been doing for a long time.

Donald: Does it change the relationship of vocal line to accompaniment, making the orchestral part an equal partner?

John: It does! It puts the orchestration in a place that is on stage, so you are watching the orchestration, as well as listening to it. So you’re right, the instrumental music then is no longer subterranean—no longer a subtext, only, to the work, but is something that the audience is watching being made. Normally, you’d put the orchestra in the pit, and just hear them, not see them…

John: Exactly right! But the aesthetic of the actor-musician work is to say that nature of the music-making is as much a part of the storytelling as the vocal performance. And really good actor-musicians can sing and play at the same time—so they’re playing one part, and singing another—playing in harmony with themselves! That way, you get their emotional connection with the music, as well as the aural connection.

Donald: Your Princeton University seminar, “The Nature of Theatrical Reinvention,” was designed to explore “how theatre can be challenging and relevant.” In summary, how can it?

John: It can be challenging and relevant by constantly relating itself to the world we live in today.  That isn’t to say that everything has to be done in modern dress, but I think it means that we have to always say to ourselves, “Okay, what is it about this particular story that has a direct connection with the world we live in now?” And that’s challenging! You’re using an art form as a mirror up to nature, to say to its audience, “This is you, this is all of us, and we have to take responsibility for these stories.”

That can be done in a multitude of ways, some of which is about honesty. For shows that are very famous, iconic—Sweeney Todd is an iconic production, and Hal Prince’s work was brilliant—if you’re going to challenge that, then you have to say, “What am I challenging, and what’s different about doing it now, as opposed to doing it thirty years ago?”

Donald: How would you answer that question?

John: By looking at the story, seeing what it is about the story that still ticks for now, right now. How do you then give it imagery, immediacy, and directness that can link to the modern audience? But as I say, it doesn’t have to be modern dress, and set in the kitchen—I’m not saying that! As an artist, your job is to reflect the position of humanity.