My Uncle & The Next Time

I don’t know how to begin this, because my uncle is sick. He’s fighting cancer and it’s a very big uphill battle. Yesterday I sent him one of my funny monologues in hopes of making him laugh through the chemo and radiation, and the pain. He’s been like a father to me in many ways. I’m scared that I don’t have much time left with him and the statistics are scarier than I can even write... You ask, “What does this have to do with gun control or moreover Gun Control Theatre Action?” That’s a valid question. It’s because of all my family members, my uncle’s views on gun control are the most starkly opposed to mine, and yet we still love one another. 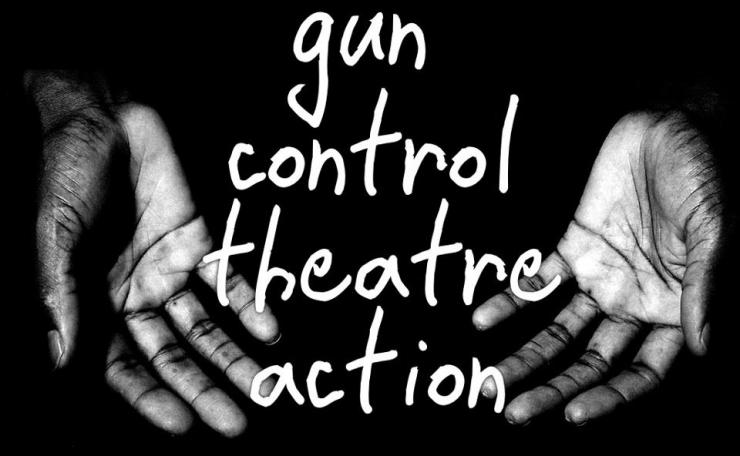 When I sat down to write my gun control play I couldn’t help but think of my uncle. I wondered what he would think of my play as someone who has cared for me and supported my artistic career. Would he be offended? He has a huge arsenal including a walk-in safe filled with all kinds of guns. I think guns should be highly restricted. He shoots competitively and is nationally ranked. He hunts on a regular basis. I’ve eaten his game, because the parts that weren’t mounted on a wall after he shot them were taken to a butcher and served to the family. I’m not joking. Yet, I know he is not some scary member of a fringe white supremacist movement living in the woods who aims at bleeding blow up dolls for practice.

It was he who, without judgment, warmly welcomed my same-sex partner into his home. He, who then welcomed my now former husband. My uncle also embraced my Jewish father and walked my mother down the aisle when she got married in a Synagogue, because her father refused. This is the same man who accidentally chopped off half of his finger and used his finger-stump to make me laugh as a kid. My uncle went to bat for my mother, brother, and I when we needed him. And when he needed us, he lived with us. He’s family.

He just happens to be family who loves guns and is a huge Republican. Oy… It feels like a huge contradiction to me, and yet that is part of who we are as humans. It is our complexity, after all, that makes us individuals. How do I, a massively left-wing liberal artist, find a way to write something in passionate support of gun control that won’t feel like a juvenile slap in his face? These two seemingly opposed motivations guided my creative process. It was more constrained than my usual tightrope walk of impulse and craft.

Like many Americans in today’s economy, my employment responsibilities do not allow me the flexibility to go out and join a march or donate large sums of money to any cause. However, the best thing I can contribute for any political aim is to do what I do well,to write a play. Coming from a place of understanding the limitations most people have in their modern lives, I wanted my play to incite an action that seemed plausible for everyone to take, signing online petitions? Even with my restricted finances and over booked schedule I found the time to sign the influx of petitions going around. It was a small way to make a difference, amplified large if many people did the same.

Coming from a place of understanding the limitations most people have in their modern lives, I wanted my play to incite an action that seemed plausible for everyone to take

I needed to find the window of narrative between writing for the converted, which would totally alienate everyone else and yet still press authentically for a sense of personal responsibility for social change.

I found myself writing a few words at a time, slowly, carefully, and with intention. If I wanted my play to have the desired effect, then it needed to reach people who felt differently than I did. If even some people walked away and signed a petition, I would feel successful. I can’t say The Next Time, is my most perfect play—structurally or poetically. However, I do know that someone who owns guns would finish reading it. Even if someone reads it or watches it, then walks away without taking any action at all, I know that they too will be aware that they share in the weight of responsibility for what happens next time. For my uncle, I just hope he knows that as I fight and write for things he disagrees with, I do so with his life inspiring my fingers.

Cecilia does a good job in her play of presenting the views of the other side--in this case a gun store owner. It is one of the reasons I like her play so much, the conflict unfolds so beautifully within the short form or 10 minute play format. Her play allows me to walk in the shoes of someone who's opinions are so polar opposite from my own. However, given the raging gun debate America is having, I do feel that the play might be better served with an open ending. It resolves very quickly for me, and I don't want it to. I want to wonder what will happen next--will he or won't he sign a petition that could affect his bottom-line as a businessman? I want to leave the theater having that discussion with another audience member. I say this because in the "real world drama," that continues to unfold, it is abundantly clear that the views of those opposed to gun reform are not changing so swiftly--even when innocent children are being killed in "safe" spaces, like schools. (How this doesn't change a law maker, I don't know! ) I have accepted that the views of some may never change or if they do, it will be over time and with continuous pressure or even personal tragedy for it is often when things hit home--or get a little to close to home-- that change happens. But, whether the opinions/views of the opposing side change or not, we have the great good fortune to live in a country where having differing views is our privilege and our right. It is why people want to come here and it is what makes our country so great. I may not agree with you--but I will defend your right to have your own opinion, as I would hope you would defend my right to have mine.

You're uncle sounds like a great guy. And judging from you're bio (and most of this essay) you seem to be a good writer. But I think you do your uncle a disservice when you rather hubristically claim (without, apparently, your uncle or anyone like him telling you so) that your play will make someone (who didn't think so beforehand) "be aware that they share in the weight of responsibility for what happens next time".

You might even consider that your uncle could be the one whose views are correct (or more correct), not you.

Economic Precarity and Resiliency in Theatre

Playwright Caridad Svich reflects on the economic reality of working in theatre.