A Conversation with Finegan Kruckemeyer

Last month I had the great joy of directing Finegan Kruckemeyer’s The Boy at the Edge of Everything. I developed a relationship with him through The Orchard Project and have continued to be touched by his work and his words, and wanted to ask a couple of questions to better understand him and his process.

What is the origin story of The Boy at the Edge of Everything? Who or where did this come from?

The notion of writing this work began in the nicest way—with a handshake between new friends. In 2011 a play of mine toured from Australia to the New Victory and being a dutiful chaperone, I went as well. Meanwhile, Jonathan Shmidt Chapman’s team from the New Vic had some questions about the work and decided to write me via facebook, apologizing if contacting in this way was presumptuous. But of course it wasn’t—it was lovely.

Many emails followed, a friendship grew, and by the time I arrived in New York, he’d very kindly let me crash on his couch. It was a week later, while Jonathan, my wife Essie, and I were riding in a cab across the Queensboro bridge that Essie—astute observer of character that she is—suggested I write a work for Jonathan to direct, and for his wonderful company Trusty Sidekick to produce. Somewhere above the water, between leaving Manhattan and reaching Queens, this play was first imagined.

As to the premise itself, often my works for children try to explore themes for all, and this is no exception. I think I was most interested in a very common duality in all people, but one looked at a bit lopsidedly in children—that of being both an active social agent, and also a more introspective soul.

And while both parts coexist in every adult I know (and so presumably every child also), so often when assessing a kid’s health or happiness, we only look at the social—their peer interactions, and teams joined, and skills accrued. But the other, more contemplative side to their personality can be forgotten—that of the child in quiet reflection, in bookish repose, a child removed and considering the world they exist in. 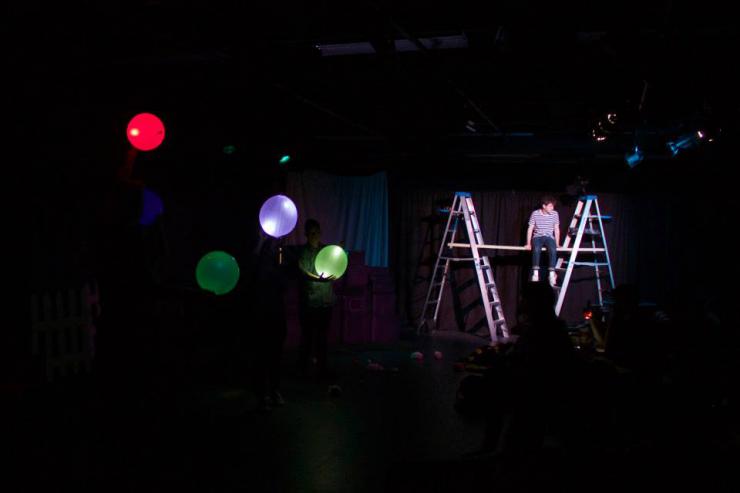 We use the louder, more visible side to judge if they’re doing okay, precisely because it is louder and more visible. But it seems to me (and as a very new father, this is a theory in practical development) that it’s the balance that’s the healthy thing—we would wish a child to be both socially comfortable and internally at peace.

So the play became a play about that—but with those paired sides of any one person divided between two. Simon Ives exists on Earth, in a maelstrom of excitement and activity, but wants for a small bit of time when he can just be calm and consider the world around him. Meanwhile, The Boy at the Edge of Everything exists on the cusp of the known universe, scrutinizing humanity from a safe distance, but unable to actually engage.

When Simon is one day accidentally flung off an exploding shed, in a makeshift rocket, into outer space—and ends up at the Edge of Everything—the two meet, and experience a grass-is-greener comparison about celebrating both what the other has (Simon’s sociability, The Boy’s space to dream), and what they possess already. 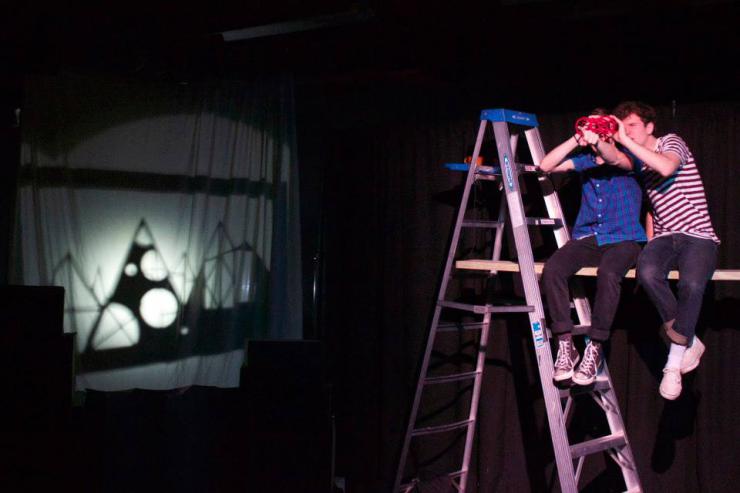 This was the philosophical kernel that first formed, and it was over years of dramaturgy with Jonathan, and deconstruction at New Visions, and play at Cleveland’s Playhouse Square, and permission at the New Victory, and eventual co-production and mind-blowing generosity at Seattle Children’s Theatre, that the idea was brought to life.

What is your biggest struggle or fear in writing both The Boy at the Edge of Everything and in general?

The same fear I encounter when writing any TYA work—that I will become the preachy adult engaging a child audience in didacticism. If the moral or philosophical argument sits at the front of a play, blatant and unapologetic, then I’m just allowing a viewer to be passive, as they take in a certain message. But if committed to the act of storytelling (of inventing characters who appear tangible even as they hurtle forwards through space, or vault backwards through time), then the only thing presented to the audience is an invitation—for them to choose to believe in these characters, and their journeys, and so journey with them.

Any messages that might then sit in the work (about social kids, and quiet kids, and how every kid is allowed to be a bit of both) are merely observations, for each individual viewer to make comparatively with their own lives, and in their own time. Or indeed not at all—the piece of theater is the offering, and the allegory is optional. 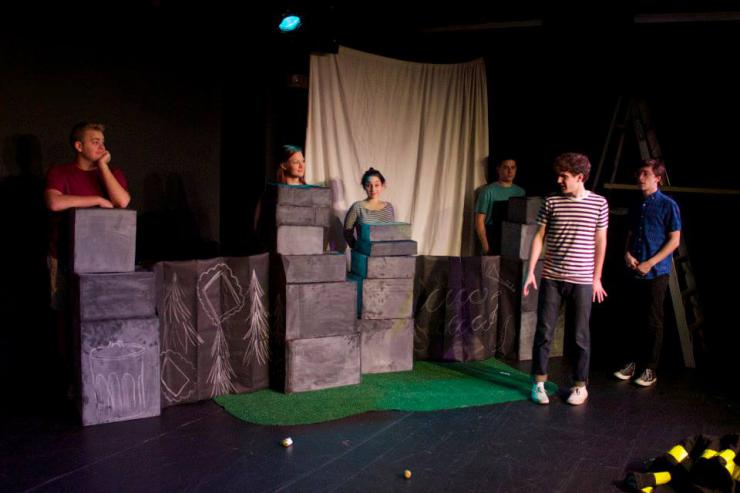 What or who are your greatest influences? Do you have a belief system or philosophy that has fed your writing along the way?

My literary loves are Sendak and Kästner and Lebeau and Tan, and Steinbeck and Proulx and Duras and Murakami, and many more. But these influences are only osmotic and not intentional—when I write, I never think about writers.

I think about Essie, and love, and the birth of my son Moe, and completeness, and my family, and the pleasure of shared history.

I think about my community in a city called Hobart, on an island called Tasmania, and the empathetic sharing of aspirations and struggles both. When Moe was born six weeks ago, they left pies on our doorstep with his name written in pastry, and flowers in bunches, and notes in our letterbox, and snuck away quietly as we hibernated inside. And later, when we were ready to receive visitors, we opened our doors and they came with their own stories. I loved that more than I could ever convey in words.

I think about my garden, and how it renders visible the changing seasons, and how this cycle of leaves growing and falling provides the perfect clock for epic journeys.

I think about oceans and how they’re resonant metaphors for paths unspecified and possibilities endless, and mountains (like the one above our house) which conjure hard journeys and well-earned triumphs—rich fodder for fictional landscapes both.

And I think about words—not those created before, but the joyful discovery of these ones, born in this very minute, being juggled on a page until they fall just right—and marvel every time at the infinite noble properties they possess.

Is there one thing that you want an audience take away from your body of work?

No—they are allowed to take away from it anything they wish.

All photos from Corey Ruzicano’s production of The Boy at the Edge of Everything.

Robert Barry Fleming, executive artistic director of Actors Theatre, and Courtney Sale, artistic director of Merrimack Repertory Theatre, converse about structural racism and systems of oppression, what can be learned from theatre for young audiences, the possibilities in a post-COVID world, and more.

Tomás and the Library Lady

Roxanne Schroeder-Arce interviews her ten-year-old daughter Genevieve to get her thoughts on a recent theatre for young audiences show in Austin, Texas.