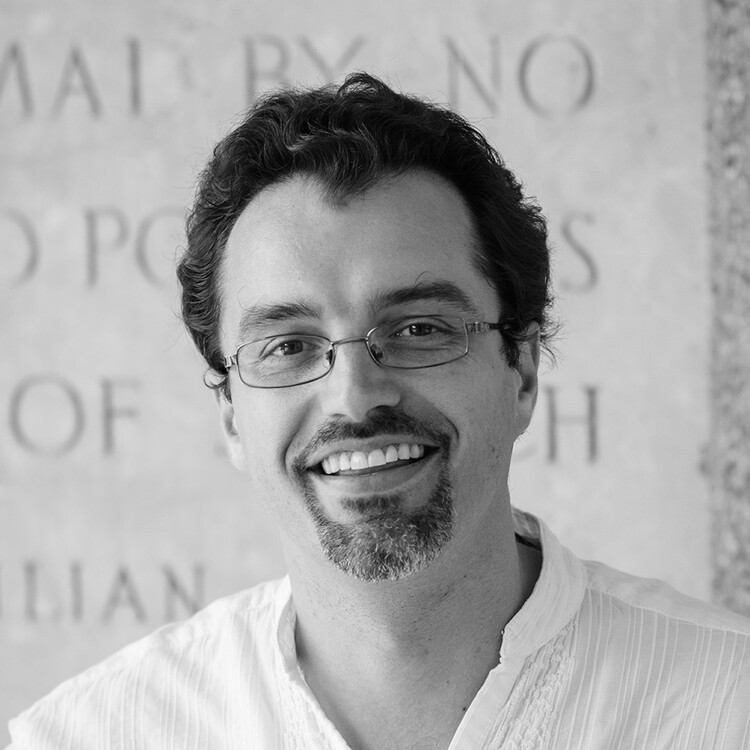 Eric
Mayer-García
The State of Latina/o Theatre in Texas

The Work of Carlos Jesús García in Houston's Teatro Latino

I first saw the work of author, director, and arts educator Carlos Jesús García Rojas in Houston in 2012 when he staged Lorca's La zapatera prodigiosa with local company Grupo Somos Todos at Talento Bilingüe de Houston (TBH). I was taken with García's concept for the production, which relied on popular theatre traditions of mask work and puppetry to introduce new moments of estrangement and expand the metatheatricality of Lorca's script. Drawing on the script's intertextuality with folktales, popular farce, and puppet theatre, the ensemble cast used puppets and half masks to alternate the way it represented the people of the village that shame the Zapatera for not being a submissive and modest wife to the Zapatero. As the ensemble altered the way it portrayed the villagers, it introduced new layers of metatheatrical commentary that conveyed the normative construction of gender and the misogyny operating behind it as absurd, hideous, and crude. García worked with Epig Domínguez, Nayeli Escamilla, Marvin Pérez, Sergio Sandoval, and the rest of the cast as a collective in this original staging of Lorca's farce. The production's metatheatricality and popular aesthetic style reflected García's

work during the 1980s as the director of Teatro Duende in Holguin, Cuba.

Carlos Jesús García founded Teatro Duende in 1986. As a director, García understood "duende" as a poetics of unrepeatable and captivating action that was fed by interaction with the audience and the live moment of performance. An intense training regimen was of the upmost importance for the "duendes"—a term the collective used to describe themselves—to make the performer a vessel for subconscious impulses to be unleashed in their creative work. Teatro Duende was a late addition to the Nuevo Teatro Latinoamericano movement in Cuba, much of which was inspired by the creación colectiva work of Teatro Escambray.

Although methods varied greatly from group to group, creación colectiva describes a process of theatre making that proliferated across the Americas from the 1960s through the 1980s. While creating a piece of theatre, collectives employing this process often moved through several phases, which Beatríz Rizk has delineated as investigation of a pressing social issue or dramatic text, dramatic elaboration, improvisation, selection from what the ensemble had created into a focused performance, and finally, audience participation within the performance itself.

Working with the artists of Teatro Duende, García experimented with the creación colectiva techniques of Augusto Boal and Enrique Buenaventura to dramatize the personal stories of the company members, and to investigate and adapt for the stage the writings of Abelardo Castillo (Erika de los párajos), Mark Twain (The Stolen White Elephant), and Oscar Castro of Grupo El Aleph (Juego de Magos Pobres). Teatro Duende also staged the original work of Holguín-based playwrights José Luis García and Pedro Ortíz Domínguez.

After moving from Holguín to Houston in 2010, Carlos Jesús García was invited to direct a diverse group of local Latin/o American artists interested in creating a performance to celebrate el Día de los Muertos. Drawing from his experience as the director of Teatro Duende, García proposed that the group use creación colectiva methods. The ad-hoc group of artists began to rehearse on weekends in public spaces such as parks and gardens in the museum district where audiences would gather on occasion to watch. The resulting performance ¡Amigos- grito la muerte!, was inspired by the Nicolás Guillén poem and based on the traditions of Día de Muertos in Mexico. It was during this the same period (2011-2012) that García began teaching a comprehensive acting course for young actors and adults at Talento Bilingüe de Houston called ExpressArte. The first ExpressArte course in 2011 culminated in a bilingual production of La Casa de Bernarda Alba. Each year for the past five years, García has staged a new ensemble-driven production through the ExpressAtre program, including Historias de Amor y Humor, a performance based on the work of Venezuelan poet Aquiles Nazoa and Carlos Jesús García's own writings, La Señorita Julia by August Strindberg, and Lorca's Yerma. Most recently, the ExpressArte course produced a new adaptation of the novel about the life of Sor Juana, El beso de la virreina, by Mexican author José Luis Gómez.

García's recent work with Houston's diverse community of Latin/o American artists is a testament that creación colectiva is still alive and kicking, and continues to be a dynamic resource for the expression of latinidad.

As with his past work as the director of Teatro Duende, García has integrated an intense training praxis into the ExpressArte program, the focus of which is to stimulate the artists' imagination as it connects performers' bodies to their creative impulses. As García explains, the psycho-physical training and the study of the art of acting necessarily engage students with an exploration of their identity. In an ensemble made up of mexicanos, chicanos, hondureños, salvadoreños, cubanos, nicaragüenses, argentinos, venezolanos, and colombianos, latinidad becomes an integral part of the confrontation with identity that accompanies the ensemble's training and the development of their artistic voice.

Thirty years ago, during the peak of the Nuevo Teatro Latinoamericano movement, creación colectiva, although varied, connected Latin/o American artists of different nationalities in the creation of a new theatre belonging to Nuestra América. In this light, creación colectiva was an important theatrical venue for the negotiation of latinidad. García's continued use of creación colectiva methods in Houston today is particularly fitting considering the national diversity within the pan-Latino ensembles that he works with. García believes that the artists' investment in latinidad contributes to his work's success and that creación colectiva would not be met with the same enthusiasm in Holguín today as it is in Houston. García's recent work with Houston's diverse community of Latin/o American artists is a testament that creación colectiva is still alive and kicking, and continues to be a dynamic resource for the expression of latinidad. The artists of TBH and Grupo Somos Todos approach latinidad in completely new ways, drawing on it as a thread that unites a diverse group of immigrants and US Latina/os through the creation of Spanish language theatre, which has been a centering force in many of their lives.