Don’t Depend on Ticket Sales

This post is part of a series exploring what it's like for an artist to have an entrepreneurial mindset, and all of the different challenges that can come with it.

Unless you have an excellent publicist, eye-catching advertisements in daily and weekly papers, and a solid marketing campaign, you cannot rely on a specific number of ticket sales for your shows. Don't worry—most of us can't afford what it takes to guarantee that the house will be at least 75 percent full every time we step onto the stage.

I've had shows in locations where I had previously been really successful, but when I duplicated what worked—previews in multiple papers, interviews on radio shows, and a ton of interest—I still ended up looking through the curtain and wondering why there were only thirty people in the house rather than the eighty that were usually there.

So look at all the factors for why you’re choosing to do your work and whether breaking even is enough, if exposure and press clips hold more value than the profit/loss statement, if developing your audience is more important that income, and if just doing it to see what happens is enough.

Is it my fault? Perhaps I overshot the numbers. Was there a holiday I missed—a school vacation I overlooked? There's really no way to know when there's no obvious reason. The show can be solid, with great reviews and all the things in place to make it seem like a windfall will carry it, and the numbers just don't add up.

This is why you need to figure out other streams of income—I’ll get to that—while also doing your best to gather key information on your patrons so that you can somewhat quantify the numbers. But even a spreadsheet or database that could be exported into a graph of information showing the typical age, hobbies, and income of your audience cannot compete with what a true fan is.

The term “fan” is derived from the word “fanatic.” If you’ve ever been to a football game between two rivals, you’ll see what a devoted fan looks like: face and chest painted with the team’s colors, screaming until their voices are shot, all while foaming at the mouth when a play takes their team into the lead again. That’s commitment.

I personally have about ten to twenty-five true supporters of my work. These are people who read everything I write, who send me emails of support when I least expect it, who say they wish they could be there when I’m performing three thousand miles away from them. These people love my work because they connect to it, and they connect to me; we’ve actually developed a relationship.

This isn’t to deny that other people who like my work don’t have a similar relationship to my output. It’s just that they probably don’t seek it out on their own time. I have to be in their face on social media, remind them via my email list, send them a personal email and say, “Hope to see you there.” This is part of relationship building and I don’t mind it because I like interacting on this level but it takes A. Lot. Of. Time.

I can cross my fingers and hope they come to my show, but unless they are going out of their way to buy tickets as soon as they find out they’re on sale, I’m going to have to put in my due diligence to make sure they remember the show is happening. Again, if I had a ton of money behind my tour schedule, I wouldn’t have to work so hard. I’d have a team of people marketing it, guaranteed press profiles in each location, interviews on regional and national radio shows, but I don’t have that budget and won’t for the foreseeable future.

So what I do is make a mish-mash tour that combines hired gigs with arts presenters and universities I’ve created relationships with, as well as some co-produced shows (although I’m backing off on those as much as possible because they are similar to self-producing) and putting together a string of house shows where the host is responsible for paying me and getting a crowd.

During my March 2014 Midwest tour, my take-homes were all over the place. Some of these gigs were contracted so I was paid my rate no matter how many people showed up, others were splits, others are “we’ll see what happens.” At house shows I tried to make a three hundred dollar minimum, but because it was my first go-round doing that I just went with what happened and learned what worked and didn’t. 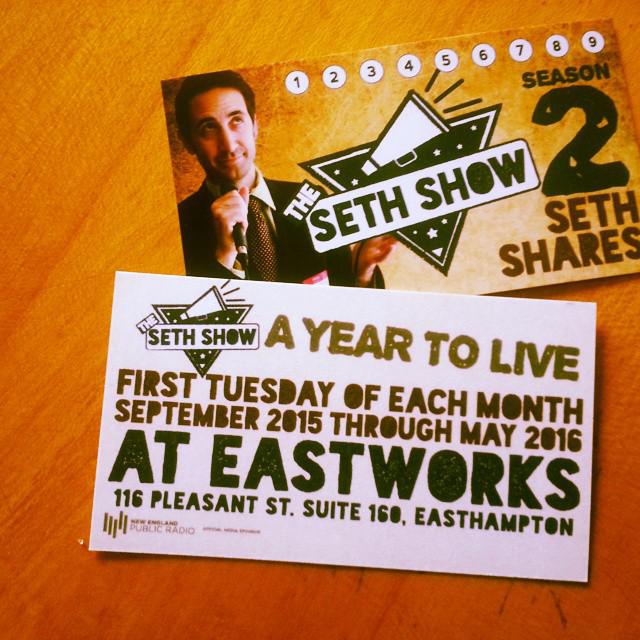 University of Minnesota: $300 (one show)

I wouldn't have given up doing the Minneapolis run for a second. This is a venue I’ve performed at a bunch and I love them. They have a great deal for artists but who the hell knows what’s going to happen. The last time I went there I walked away with close to $400 for a three-day run. This time it was negative ten degrees outside the whole time and my last show was the night of the Oscars which I didn’t realize would be happening when booking it.

While I was there, though, I taught my workshop The Nuts and Bolts of Being a Performing Artist, which supplemented the laughable check I received for performing with an additional three hundred and fifty dollars. In Carbondale, my main purpose was to teach the same course for two days instead of the three and a half hour one I did in Minneapolis. I got paid eight hundred and fifty dollars for that plus a travel reimbursement fee, so the show I did was actually secondary to teaching, which is fine.

If I had done this tour based on ticket sales alone and if I hadn’t had those house shows, not only would have there been a lot of holes in the tour with nothing going on, but my take-home pay would have been half. We all want to think that people are going to show up for our shows and that the numbers will all work out in the end, but often self-producing or co-producing can put us in the red. So look at all the factors for why you’re choosing to do your work and whether breaking even is enough, if exposure and press clips hold more value than the profit/loss statement, if developing your audience is more important that income, and if just doing it to see what happens is enough.

Another thing you can do is seek out sponsorships, or crowdfund to pull off the run so that all the elements are covered and you don’t lose a dollar. Just don’t depend on ticket sales. You’re just setting yourself up to be disappointed.