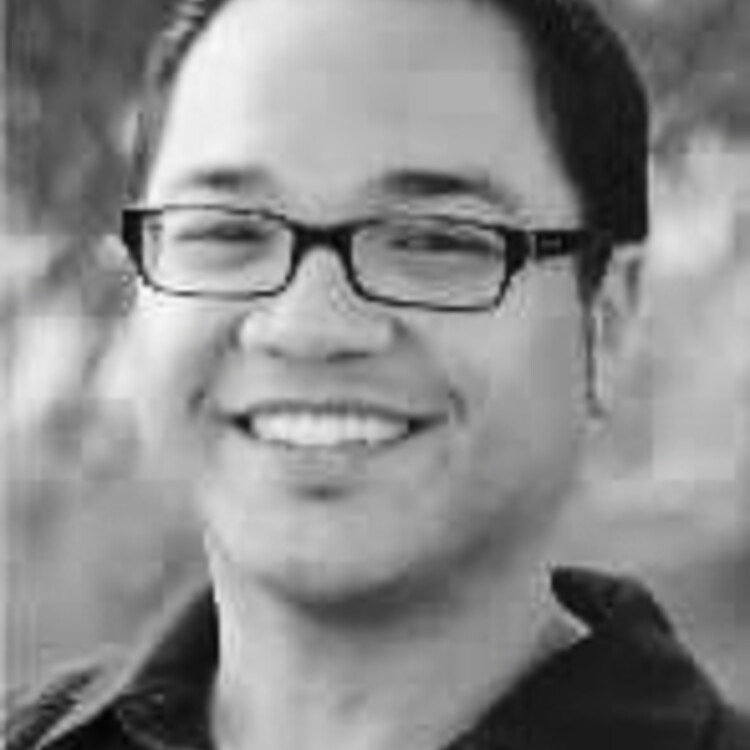 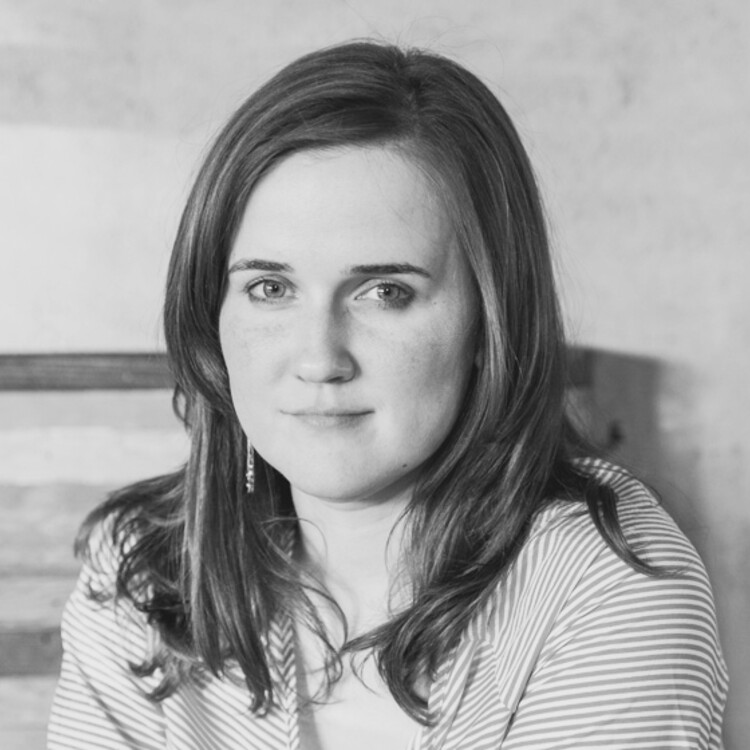 One Mother of a Musical

The grim guitar intro of The Animal’s “The House of the Rising Sun” pushes through the air as Maria (played by Sara Porkalob), dressed all in black with cropped pants, a Tangzhuang shirt, and bun in her hair complete with hair stick enters the dated, finished basement where she lives in her son’s house. The tune is familiar but the words have been changed to reflect her journey from the South Pacific to Pacific Northwest and current lifestyle as a badass Filipino immigrant and grandma—“I’ve always wanted to sing on stage.” She sings on a new karaoke machine which boasts a remix button, she explains, then deftly inserts the opening verse of Coolio’s “Gangster’s Paradise” into The Animals’ iconic guitar anthem. Adding her own narrative where it suits her, of course.

So begins Dragon Lady written and performed by Sara Porkalob, directed by Andrew Russell for Intiman Theatre in Seattle, Washington; from this point on we learn that we are downstairs with Maria on her sixtieth birthday, while a party in her honor rages above. A sixtieth birthday—“the most important of your old person birthdays”—are for telling important stories to your family. Maria then explains that she doesn’t care to talk to the people upstairs, she’d rather talk to us: her favorite grandchild. Now is the time to cast a light on certain murky corners of the family mysteries, though some—like where she absconded to when she left her five children alone for two weeks—will remain. While we are introduced to some family stories by her children’s descriptions, Maria will fill in some blanks and add her own narrative to these tales. Where it suits her.

After years of studying how to make herself into a theatre technician capable of carrying out the demands of roles written by primarily dead white men…Porkalob…turned to stories of her family’s history.

Maria regales us with jaw-dropping stories about growing up on the streets of Manila, entertaining as a torch singer at a local lounge, and how she came to be a single mother on the shores of Bremerton, Washington. Porkalob plays every character Maria encounters from the gang boss who stole her grandmother’s heart to Maria’s five children (Porkalob’s own aunts and uncles) to the nurse who introduces Maria to her first grandchild, Sara. These dynamic, carefully constructed character switches are interspersed with phenomenal karaoke performances by Maria, sung by Porkalob, with songs like “Smoke Gets In Your Eyes” and, of course, “Dragon Lady.”

The flight of Dragon Lady started in 2012 when Porkalob was finishing her degree at Cornish College of the Arts in Seattle. Porkalob was about to graduate as a Filipino actress into the industry of American theatre and its dearth of choice for actors of color—Asian stories in particular and Filipino stories even more specifically. After years of studying how to make herself into a theatre technician capable of carrying out the demands of roles written by primarily dead white men of European descent, Porkalob was searching for a sense of self. Hence, she turned to stories of her family’s history which flowed inconsistently from her grandmother. While the story has taken many shapes on the streets of Seattle—Porkalob has workshopped over four different versions of various lengths each with different titles—the musical aspect of the story first appeared in January 2017 when Intiman Theatre Producing Artistic Director, Andrew Russell, first caught sight of it. After years of independent development, Porkalob found the collaboration she needed with Russell and Intiman to release Dragon Lady for her world premiere. The show will go next to the A.R.T. in March 2018.

With her mission clearly defined, Porkalob succeeded by shattering the need of a strictly Aristotelian plot structure, and creating a space for a Filipino story so unique it envelopes every audience member regardless of ethnicity. Time and place are fluid and ever changing in Dragon Lady, like family conversations are prone to be; we travel back and forth between the current sixtieth birthday celebration to 1950s Manila to a 1960s Manila night club to a 1970s Bremerton trailer park almost seamlessly as Porkalob creates every character. At times it seems unclear whether sixty-year-old Maria or younger Maria is telling the story (all while Porkalob is literally doing the telling) yet it is that anxiety of narrator that makes those moments all the more captivating. Dragon Lady moves, like all family gatherings do when an elder is speaking, with stories burbling forth unplanned, only when and if they are summoned, though moving generally in a chronological progression. The result of this organic storytelling structure is the realization that the story is not the point of the evening, but rather the articulation of the woman before the viewer.

This calling forth of Maria, mother and grandmother, child of a gangster and freshly moored immigrant, glowing featured headliner and impoverished single mother, makes this story incredibly Filipino and simultaneously universal. There are many observations that Asian, particularly Filipinos, will enjoy: the horror at the thought of rice in a box, the celebration of Spam, the almost unthinkable task of making dinuguan, and karaoke with plenty of reverb. But the play is also about a woman who has been placed in a series of corners and fought her way out by her own mettle. This is the story of an immigrant woman who arrived in a strange land and received no welcome. This is the story of a child who was forced to grow up before her time. Your exact tiya, auntie, or mother is not on that stage, but she is present, her struggles and failures acknowledged. This is an obeisance to mothers—and in that, Porkalob wins the title of the perfect Filipino child.

This calling forth of Maria, mother and grandmother, child of a gangster and freshly moored immigrant, glowing featured headliner and impoverished single mother, makes this story incredibly Filipino and simultaneously universal.

While Maria’s present reality is modest, her life story can lunge, dart, sing, and leap across oceans thanks in part to the Dragon Lady design team. Jennifer Zeyl created a set featuring a dated bi-level basement apartment with a single bed, breakfast table, and sitting area. At times, the large poppy printed wallpaper disappears to reveal a three-person live band set against a wonderfully garish metallic gold foil curtain. Lighting designer Robert Aguilar’s always masterful use of bold reds, magentas, and yellows transports the audience between the emotional landscapes of the seemingly cinematic sensationalism of a Manila night club to the pale horizon of the Pacific Northwest and everywhere in between. KD Schill’s simple yet culturally significant costume design allows the audience to focus fully on Porkalob’s dynamic performance. The design concept is clear: check your prejudice for even the most humble vessel can contain the unimaginable. As the song of the title says, She appears outrageously/ You take her courageously/ Until you're under her spell….

To the amazement of the audience, the real Maria is brought on stage at the end of the play; Porkalob has literally created a stage upon which her grandmother can finally sing. But the three-piece band does not play, and Porkalob with her incredible three-octave range sits quietly on the floor giving her full attention to her grandmother. Maria sits and sings a song in Pilipino as she strums her acoustic guitar, no microphone, no gels, no reverb. The “Dragon Lady,” a racial slur coined in the 1930s to describe strong and supposedly mysterious Asian women of the Southeast, has been made fallible though her frail beauty shines all on its own.

The play concludes with the audience singing “Happy Birthday” to Maria while Porkalob stands at her side, her favorite grandchild. We want to perform this kindness for her. The intelligence of ending the performance in this way is three-fold: it is her sixtieth birthday celebration, the audience gets to participate in the joy of singing which we have seen celebrated throughout the show, and “Happy Birthday” is actually sung in English both in America and the Philippines. It is this spirit that seems inherently Filipino: the face of trauma and hardships is couched in the faux glitz and glamour of karaoke. In the depths of poverty and challenges we sing. With lots of reverb.