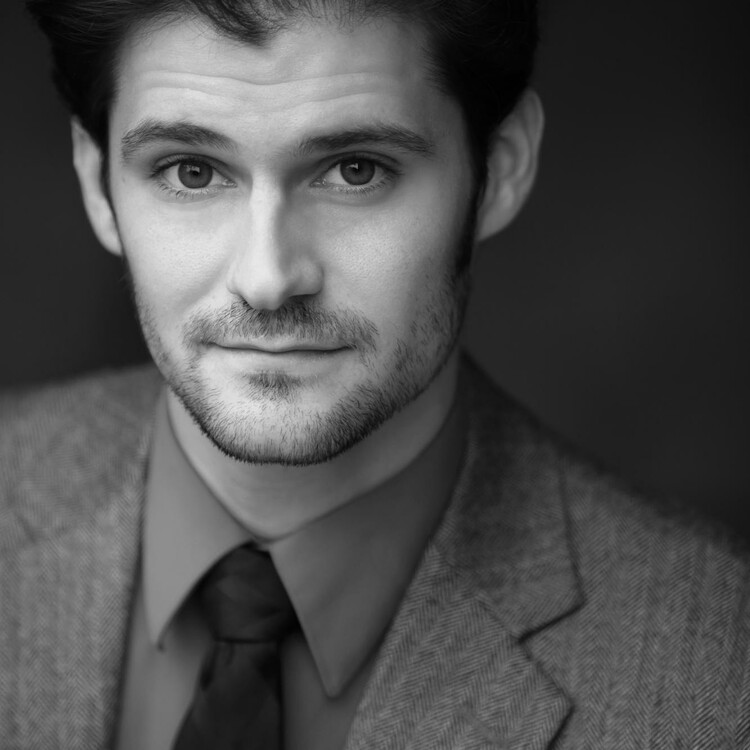 As a graduate directing student at the University of Southern Mississippi, I helmed our April production of Orson Welles’s Moby Dick—Rehearsed. With so much of the director’s work done in isolation, this essay serves as a public vessel for sharing the work, hoping it will inspire as I’ve been inspired by the work of fellow artists wrestling with the same questions on HowlRound and elsewhere.

The Scope: Man vs. Nature
Hattiesburg’s population surged after 2005’s Hurricane Katrina. New Orleans is only a 90-minute drive from USM and estimates place over 25,000 people crossing state lines, resettling in and around what was once a sleepy college town. The devastation wreaked by nature is all too real for our community and many believe that damage as evidence of nature as our enemy—you need only turn on the radio to find a score of doomsayers decrying natural disasters as punishment for man’s wickedness (don’t forget that old story of the Flood), yet where is the acknowledgment of man as nature’s greatest threat? Woven into the DNA of the community is a mindset that places mankind at the center of its own universe, and woven into Moby Dick is this same obsession: the story of a man, Ahab, who places himself above the laws of nature. We know now there are dire consequences for operating outside the laws of nature that govern our planet. The story of man versus nature has been propagated through thousands of years of recorded history, going back as far as the Garden of Eden. As Daniel Quinn argues in his novel Ishmael, humanity can and should resist the temptation of what he terms “Mother Culture”:

Just as Ahab charts towards the whale which will ultimately destroy him, Manifest Destiny lingers and the nation sails contentedly towards our own unwitting doom… unless something is done to stop it. Moby Dick—Rehearsed resonates today as a warning, and we must reflect our community’s mythology through the play.

Mississippi’s short-term interactions with nature include both Katrina, which displaced tens of thousands, and 2010’s BP Deepwater Horizon oil spill. You’d think we’d have learned how to play nice with our world by now, yet just as Ahab charts towards the whale which will ultimately destroy him, Manifest Destiny lingers and the nation sails contentedly towards our own unwitting doom… unless something is done to stop it. Moby Dick—Rehearsed resonates today as a warning, and we must reflect our community’s mythology through the play: we attack Nature itself, at the cost of the Pequod’s crew.

Our play’s literal action statement is clear: we are to hunt and kill Moby Dick.

The script runs just under two hours with intermission, but is worthy of the name leviathan. Our greatest ally in this task was adapter and auteur Orson Welles, whose mastery of dramatic structure fills gaps where the novel occasionally stumbles. Welles draws a parallel between Melville and Shakespeare through a frame involving an acting company abandoning its rehearsal of King Lear to pick up a new script, which is Moby Dick. Melville discovered Shakespeare’s cannon in 1849 and the 1851 novel amply uses stage direction, soliloquy, while the character of Ahab is infused with Shakespeare’s Lear (among others) as that “grand, ungodly, god-like” captain hell-bent on vengeance against the albino sperm whale. Understanding this connection between Welles, Shakespeare, and Melville unlocked a treasury of theatrical tools for our use. Welles imagined a large proscenium to house this whaling voyage of Shakespearean proportions, fully rigged for maximum theatrical effect, but we discovered a 50 ft. x 50 ft. black box (our Hartwig Theatre) with no trap floor or backstage area worked in a pinch.

So how best to evoke a story that invokes—to name a few of the grander images—an 86-foot albino sperm whale, a nineteenth-century whaling ship, a typhoon, four oceans, and a finale which involves an enormous whirlpool swallowing up said ship? I took a cue from Peter Brook, who opens his infamous The Empty Space: A Book about the Theatre: Deadly, Holy, Rough, Immediate with the immortal lines: “I can take any empty space and call it a bare stage. A man walks across this empty space whilst someone else is watching him, and this is all that is needed for an act of theatre to be engaged.” Our budget was minimal and we set sail, our creative team constantly striving for a balance between elegance and simplicity.

Phase I of rehearsal was spent in workshop mode, resulting in an abundance of physical research that cut significant time off of our later staging rehearsals. Breaks in our schedule due to holidays allowed gestation time for the company, resulting in a renewed energy and additional research with each subsequent phase of our process. The workshop process was invaluable, giving our company a common physical vocabulary and a chance to poke, prod, and tinker.

Phase II revealed a physical discovery of the text pulling us toward a post-atomic Ahab as nucleus of the Pequod’s atom. From there, we charted and evolved a mixture of organic growth and controlled experimentation—with a liberal dose of Welles’s signature pre-noir style—revealing a course that yielded a truly collaborative synthesis between actor, designer, and director.

The Goal: To Unlock What Moby Dick Means to Us Here and Today
I stand with Christine Young, who so eloquently wrote on the importance of nontraditional casting for HowlRound a few months ago. When the play premiered in London in 1955, the cast was all white men, with the lone exception being Pip (a white Joan Plowright) doubling as Cordelia at the play’s start. With Welles already breaking the gender barrier in Pip’s case, it only took another step before the casting floodgates swung open to what’s usually considered an all-white, mostly-male event. And why not? Outside of a few clues, Welles is not explicit with character tracking and Ishmael introduces the Pequod’s crew as “picked and packed by some fatality/ to sail our blessed ship/ from all sides of the seas, / and all the ends of earth.” The frame story’s ensemble is used to doubling parts (don’t forget that even Shakespeare’s company gender-flopped in its own way) and with this ensemble approach in mind I divorced the traditional pairing of Father Mapple and Ahab, inflated the cast size from nine to thirteen, and began searching for a company representative of our community. The result was a diverse cast including an Asian-American man as Ishmael, a Jewish woman as Ahab, and a 6-foot 7-inch African-American man doubling as both Father Mapple and also the “giant, coal-black African” harpooner Daggoo. There were instances of typecasting and typebreaking, both colorblind and color-conscious, and fifty shades of Brecht throughout in an attempt to unlock new perspectives on the timeless story.

The dichotomy of blackness against whiteness is a major theme in both novel and play. Responding to the Fugitive Slave Act of 1850, Melville published his novel a year later. In the midst of racial segregation when he premiered the play in 1955, Welles restructured and embellished the relationship between Pip and Ahab as rising action in Act Two. Their madness binds them, their idea of the void separates them, but the existentialist frame surpasses the veneer of skin: Pip values the whiteness of his own bones, and Ahab declares “Come! I feel prouder/ leading thee by thy black hand/ as though I clasped an emperor’s.” Pip laments his black skin and we’re taken into a curious episode where Ahab (taking Ishmael’s words from the novel) lays the strengths of whiteness against its horrors: whiteness may surely enhance the “ermine majesty of justice,” but it also invokes the King of Terror’s “pallid horses.” The charged section comes to a crest as an emboldened Pip stands erect, proclaiming “Death to whiteness!” To our post-Ferguson Mississippi audience—Missouri is only two states up—this moment struck a bell clearer than the Pequod’s. Our audience then saw Pip’s black hand take Ahab’s white one in solidarity, and heard his call to the carpenter to “rivet these two hands together/ the black one with the white.” Race was no longer a theoretical abstraction, it breathed as a living and tangible reality directly in front of you.

Orson Welles was a fanatic about engaging creative space for the audience’s minds to play; he called it the theatre theatrical, Peter Brook calls it the Holy Theatre, the ancient Greeks labelled it catharsis, and this is what we sought.

Required: Your Imagination
What binds the crew is its unity of purpose behind Ahab’s “fiery hate” for the whale. What bound us was our passion for conjuring the ephemeral sensation of the dramatic imagination. The Young Actor (doubling as frame story “playwright”) tells us the whale is “more like the storm in Lear: it’s real, but it’s more than real. It’s an idea of the mind.” Echoing the Chorus of Henry V, the Governor—an old-school actor-manager type who later plays Ahab—lays down a direct challenge for the audience:

Piece out our imperfections with your mind;
Think—when we speak of whale-boats, whales and oceans,
That you see them—For ‘tis your thoughts
That must now deck our stage; jumping o’er time;
Turning the accomplishments of many years
Into an hour-glass…

Bringing us to the intent, and our Essential Action, of the play: to ignite the audience’s imagination, to balance the evocation of the language with the need to show what Welles called the “hint of the scene” and allow the audience to connect its own dots. Welles was a fanatic about engaging creative space for the audience’s minds to play; he called it the theatre theatrical, Peter Brook calls it the Holy Theatre, the ancient Greeks labelled it catharsis, and this is what we sought.

Armed with only a white parachute (fortunately already in our stock), a red drape, some rehearsal furniture, a minimal production budget, and a space too small to house the whale’s actual mass, our passion for alchemy fueled our hunt for the whale, which in turn fueled our audience’s imagination. Our audience included Melville scholars, Shakespeare lovers, and first-time theatregoers, but all were bound through our uncompromising charge to engage in the hunt. Theatre is our last magic, imagination is our only hope, or the theatre is truly doomed. I take solace in Antonin Artaud’s charge to the artist, to which I’ve added two words of my own:

And the question we must now ask is whether, in this slippery world which is committing suicide without noticing it, there can be found a nucleus of men [and women] capable of imposing a superior notion of the theatre, men [and women] who will restore to all of us the natural and magic equivalent of the dogmas in which we no longer believe.

Today’s theatre has no time for gentle plays, our audiences will not stand for it and will search for purpose elsewhere. Theatre can no longer exist solely as entertainment, it must provoke its patrons to action or risk losing them entirely to their cell phones. Alexander Hamilton’s continued presence on the $10 bill (and Tubman’s subsequent rise to US currency) is a crystal clear example of a living twenty-first century American theatre which provokes discussion and social change on a national level, but the work is not over: it is only just beginning, and it is up to us.

It is not down in any map. True places never are. –Moby Dick