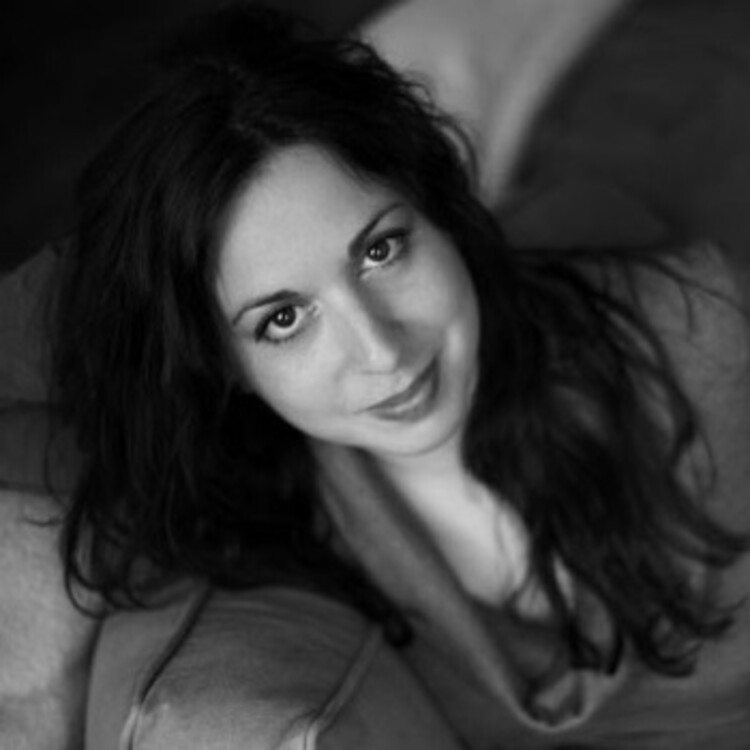 Finding the Y; Ideation on Directing in A Murder of Crows in Real Time Theater

What is the director’s role in reimagining a playwright’s work? In conceptualizing and directing Mac Wellman’s A Murder of Crows, I encouraged the design to contribute greatly to the development of the piece. The conceptual design became an integral part of the lead character, ultimately usurping a traditional western theatre perception of actor and director as sole co-creators of the play. The approach allows conventional reality to be stretched into contemporary nonrealism. I reached out to the playwright, Mac Wellman, in a series of interviews to get his take on re-envisioning and modernizing his play A Murder of Crows through the use of interactive design technology.

Mac: So, you're directing A Murder of Crows?

Natasha: Yes, I saw it when you came to the University of New Mexico and I was an undergrad studying theatre then... jeez we are going back now…I think it was, 1996 maybe?

Mac: It was a long time ago I know that!

Mac: So, what kind of questions do you have?

Natasha: In directing the cast of A Murder of Crows, during rehearsals, I am incorporating this idea that the main character (Susannah) is distancing herself from the family because she is immersing herself into technology more. So, we are approaching the piece with a more modern take in terms of the design. For instance, she might be playing a video game, which has the main player from the aerial perspective of a crow. The artistic direction is quite impressive, and some of these clips have several scenes with crows interacting with the environment. She will be involving herself into another version of herself such as a Second Life or an avatar of herself. Her alone time (formerly only by the pond as you wrote into the stage direction of the original piece) is now consumed by her imagination through a collage of interactive technology. She's just embedding herself more into the media to get away from her family.

Mac: You could do that.

Natasha: I really respect your work and was fortunate enough to see an original presentation, so I just wanted to get your thoughts on it before we proceed further into this directorial concept.

Mac: I think it’s fine as long as it doesn't take over the show, because then the whole show will turn into a video game, and I don't think that's quite right. But if you want to play with that stuff I don't see why not.

Natasha: Well that's great! I am so glad to hear that!

Mac: Actually the next two plays in the series (Hyacinth Macaw and Second Hand Smoke), which no one has gotten this, but that is her life with the crows, except they are just boring people like everybody else.

Natasha: Another thing I am considering is revealing the character of her brother Andy as shown somewhat through Skype conversations, rather than onstage as a frozen statue. The Skype videos will be projected onto a large screen over the audience. In some of the conversations there would be no audio, so the audience will be unable to hear what he is saying all the time, as if he is Skyping from the frontlines in Iraq. So at some points we would not hear him speak, but rather just see a visual of him talking on the screen in fatigues, as a possible memory, rather than an actual real time event onstage.

Mac: Well, the only thing about that is I think that I would like that people should be able to hear what he is saying.

I try to be very sensitive to the danger of the design and technology overpowering the actors and the story. These elements are montages and the actors, your language, truly and purely still drive the piece with the dialogue and the relationships and dynamics you have crafted.

Natasha: Yes! All of his monologues would be delivered by the actor live as the “statue” of Andy, so the audience would hear the entirety of those parts, however Susannah at times would be watching clips and snippets of his Skype conversations so only she can “hear” him. She is trying to preserve his memory by watching, so these are things that might be happening onstage, but it is a silent moment.

Mac: Yes, I have no problem with that.

Natasha: I think we are going for more of a graphic novel look, an urban gritty Gotham city look to it, there is fracking, there is smog. This replaces the fictional sludge in the play, so that whole environment is taking over.

Mac: That makes a lot of sense.

Natasha: Good! I'm glad that conceptually I am going in the right direction to support the dialogue and the text because that is really essential to me as a director.

Mac: It should feel contemporary, and if you want to try those sorts of techniques, I don't have any problem with that at all.

Natasha: You know, Mac, I am trying to have a very ecological approach as a director in the sense that I feel all of the elements are equally important, and influence each other, but the language and the story really need to be supported and communicated, so I try to be very sensitive to the danger of the design and technology overpowering the actors and the story. These elements are montages and the actors, your language, truly and purely still drive the piece with the dialogue and the relationships and dynamics you have crafted. So, I have the question of whether she is in this limbo or quandary trying to still maintain that connection emotionally and spiritually with her family, and yet exploring that sense of alienation and isolation that people her age right now are feeling, with the distractions of all our “devices.”

Mac: That is exactly what it is about. Technology is of the age and there is no reason you shouldn't use it. It’s just a question of making it work in the theatre, which can be tricky sometimes. As you know, too much technology—particularly video—can be too much to make work in the theatre, but it sounds like you are doing it well (or plan on doing it well) but I would love to see it, so please do send me pictures and videos of it!

Part II Jan 29, 2013, Post-show
Natasha: Did you have any preconceived notions about the practice or approach to the way you thought the piece would be directed? Did you envision anything in particular in terms of performance techniques?

Mac: Well, the funny thing about the play is it was rather difficult to write because I kept finding myself stuck—scenes kept stopping in the middle. At first, I didn’t like it and I wanted to fix the scenes to not stop in the middle. But actually, the whole play stops in the middle, so it’s a funny thing, but then I realized that was how it had to be written. So, you end up frequently with scenes that are odd or end oddly because you have a bunch of characters onstage and they don’t really know what to do anymore. They’re stuck there and that uncomfortableness is actually part of the play. Then I realized I had to deal with the fact that the play was the beginning of a series of plays, which was interesting. So I wrote the three other plays. [Note from editor: Crowtet 1 consists of A Murder of Crows and Hyacinth Macaw and Crowtet 2 consists of Second Hand Smoke and The Lesser Magoo.]

Natasha: I was thinking about myths and superstitions, and wondered if you had studied any myths or superstitions that had influenced the story as it came about.

Mac: It’s based on the Book of Susanna in the Bible. Wallace Stephens has a lovely poem based on the Bible story called “Peter Quince at the Clavier.” The Elders were peeking as Susanna was bathing. It’s a sort of classic story of the corruption of the old. I thought about it for a long time before I…well, actually, I didn’t think about it that long. (Laughter on both ends) I just wrote it...but that’s where it comes from.

Mac: I don’t really think so. MOC was done at a couple of smaller theatres before it was done in New York City at Primary Stages. So, I actually got a chance to see it got done at little theatres in San Francisco and Dallas. Those were useful. Then in New York, we had a really great cast, so it was a lot of fun. And like I say, it did well, and then I began to work on the other plays in that series. Actually the publisher, Douglas Messerli,  has an ongoing theatre blog where he’s been writing about MOC.

Natasha: You asked in your email about the audience reaction here in the Midwest, particularly here at a private, liberal arts college. To tell you the truth, I wasn’t sure how the piece would be received and really took a risk by proposing to direct it. I figured I would reiterate some comments that we had heard every night in talking with the audience after the show and the weeks following. The students, faculty, and audience members would approach us in the lobby after the show and say, “OK, can you tell us now what happened to Susanna at the end?” and some of us would reply “Well, what do you think happened to Susanna?” and so we never really gave them any answers...because they would’ve just been our own interpretations and we left that very open at the end for our audience.

Natasha: Some other feedback we received was that the student actors rehearsing the piece felt they intrinsically started to connect regardless of whether they always understood what the inner dialogue of the character was.

Natasha: So, I used a much more improvisational, storytelling, and physical kind of dynamic in the rehearsals. I incorporated Paul Binnerts’ Real Time Theater methods and exercises, which seemed to work beautifully in complimenting your language and those physical moments. The feedback we got from the students in the show and the feedback the students received in the department was really surprising! Because we expected a bit of confusion from people who wouldn’t react well to the play because of the content, but they surprised us at every turn. People expressed that they were really moved and they had moments of relatability and connectivity to your work. That was something I really wanted to have a chance to tell you!

Mac: Well, that’s good! It was, of course written during the first Iraq war, as a comment on that war, which didn’t last very long, but it was ominous beginning to something.

Natasha: After talking with you it’s just been so thrilling and inspiring. I so appreciate that you have allowed me to pick your brain! It’s so exciting and I am just so grateful, so thank you.

Mac: Well, I take my teaching very seriously, so it’s important to do those things.