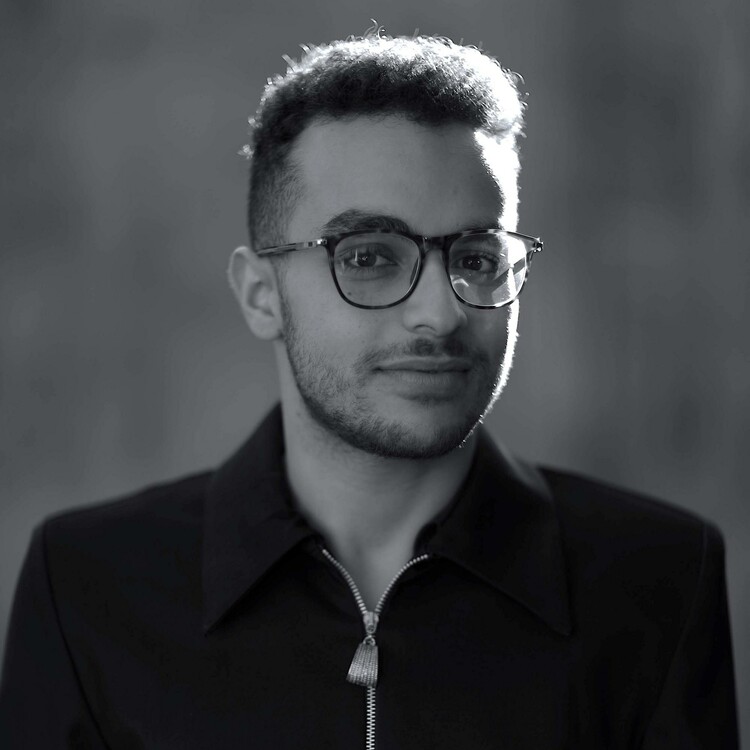 “That was something, wasn’t it?,” my dad mutters with a forced nonchalance.

We are driving out of the parking lot of El Gomhoureya Theatre in downtown Cairo. It’s 9:55 p.m. on the 18th of September, day nine of the Cairo International Festival for Contemporary & Experimental Theatre (CIFCET). My dad had decided to join me at the last performance of the evening, a Moroccan adaptation of Jean Genet’s 1947 one-act play, The Maids, by Iraqi director Jawad Al-Asaadi. In this production of the Genet classic, the tension is high as the two maids (Jalila Al-Talmasi and Rajaa Khirmaz) take turns pretending to be their mistress. Their relationship oscillates frantically from beat to beat: one minute, one of them sadistically attempts to choke the other to death; the next, they straddle each other, discussing the mistress’s last sexual encounter. It’s undeniably homoerotic.

My father is, of course, right. Al-Asaadi’s adaptation wouldn’t be flagged as obscene or graphic on a Berlin or New York stage; yet here in Cairo, as a part of the Silver Jubilee programming of a state-sponsored festival, it’s something.

“I’ve never seen subjects like that discussed on stage before.”

I keep my amusement at his referring to queerness and female sexuality as “subjects like that” to myself and tell him, instead, that sexuality is not exactly a unique subject in theatre, even though it might be in this city.

I’ve explicated the elephant in the room on this ninety-five-degree night. Two blocks later, still awkwardly quiet, we pass by a traffic light. A decaying billboard close by, which has probably been there for over a year, announces that Arabs Got Talent will be accepting new auditions this summer. On one side of it, a huge sticker quoting Islamic Hadith reminds women to cover up. On the other, graffiti of President Sisi’s face adorns the wall. I ruminate over the conversation with my dad. It’s not that this is the first time censorship has come up since the beginning of the festivities. Yet the conversation with my father is the one that hits me most because I find his thinly veiled internal conflict so emblematic of the paradoxes of the Arab middle class: wanting to engage with cosmopolitanism and all it offers in culture, yet being flustered at the first threat to a conservative worldview. That paradox is in the very billboards before us. The signal turns green. 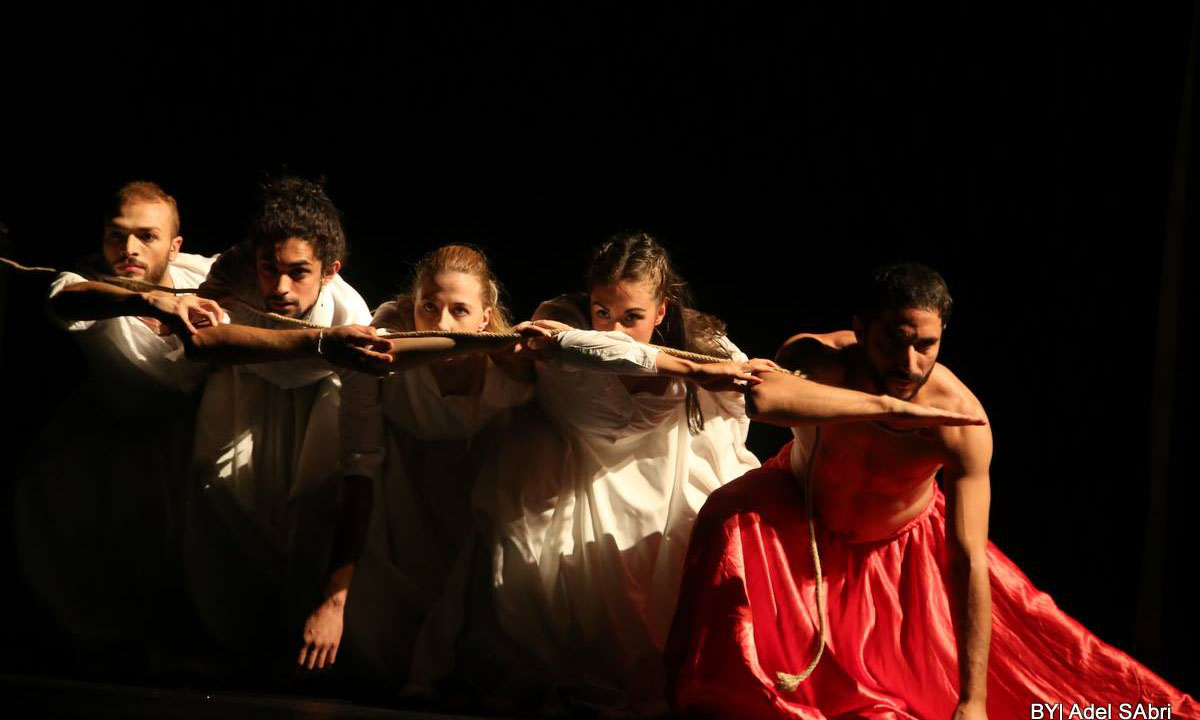 Despite being a vibrant community of politically engaged artists and scholars, Egypt’s theatre scene, for political and structural reasons, is reminiscent of Peter Brook’s “deadly theatre.” The majority of widely produced theatre is state sponsored, and the subjects artists are encouraged to present are often depoliticized historical fiction or farce. This policing is executed by the Censorship Bureau, an-ever-growing major department of the Ministry of Culture with branches in every governorate in Egypt. Every book, film, television, or theatrical production to be circulated in Egyptian arts establishments must pass by the censors before release, and the censors cater to the aforementioned anxieties of the middle class. Just this summer, a dozen young actors were acquitted after having spent six months in a military jail for producing an anti-military play in a community club, which offended audiences despite receiving prior approval from the censors.

Despite being a vibrant community of politically engaged artists and scholars, Egypt’s theatre scene, for political and structural reasons, is reminiscent of Peter Brook’s ‘deadly theatre.’

CIFCET is unique in its positionality because it challenges the constraints and stagnancy of this scene in ways that go well beyond censorship. The festival has three key components: the workshops, the conference, and the performances. All free of charge and open to the public, these initiatives allow local theatre students, artists, scholars, and everyday theatregoers (a tragically diminishing demographic in Egypt) to learn more about emerging styles, themes, and scholarship in experimental theatre communities from all around the world. While the festival does not categorize performances by theme, aesthetic, or country of origin, the selection committee this year seems to have been invested in showcasing works that explore migration, displacement, and the diasporic experience. This emphasis gave way to multiple joint productions between Arab and Western companies.

A particularly well-received production was the Syrian-German joint production Hadra Horra (Free Presence). The highly stylized, contemporary dance piece subverted modern pop costuming and iconography to create visceral images that pertained to the experience of Syrian displacement and diaspora. The dancers—some German, some Syrian—employed a contemporary German dance aesthetic reminiscent of Pina Bausch. A particularly salient moment happened towards the middle of the performance when the stage lit up in sharp red and the dancers disappeared. A suitcase was left standing center stage—the only prop left—and it began to shake violently for almost a full minute as tunes from Syrian folklore were interspersed with moments of silence. When the suitcase finally broke apart and a dancer escaped from within, a choreography that evoked a sense of entrapment began.

Another particularly striking performance I saw early on was Shaqf (The Raft), a Tunisian-Canadian coproduction directed by Cyrine Gannoun and Majdi Bou Matar, which first premiered in the Carthage International Theatre Festival in Tunisia. Shaqf tells the story of eight people from different regions of the Middle East as they attempt to cross the border from Tunis to Italy, seeking refugee or asylum status. Through the story, the undocumented Arab immigrant archetype is deconstructed from a monolith to a variety of three-dimensional characters—from the Sudanese child soldier attempting to escape servitude to the rural young Lebanese woman who wants to go to dance school in Europe. In some scenes, an actor tells his story in a five-minute monologue. In others, the Lebanese young woman pretending to be Syrian to gain refugee status expresses her trauma through contemporary dance. 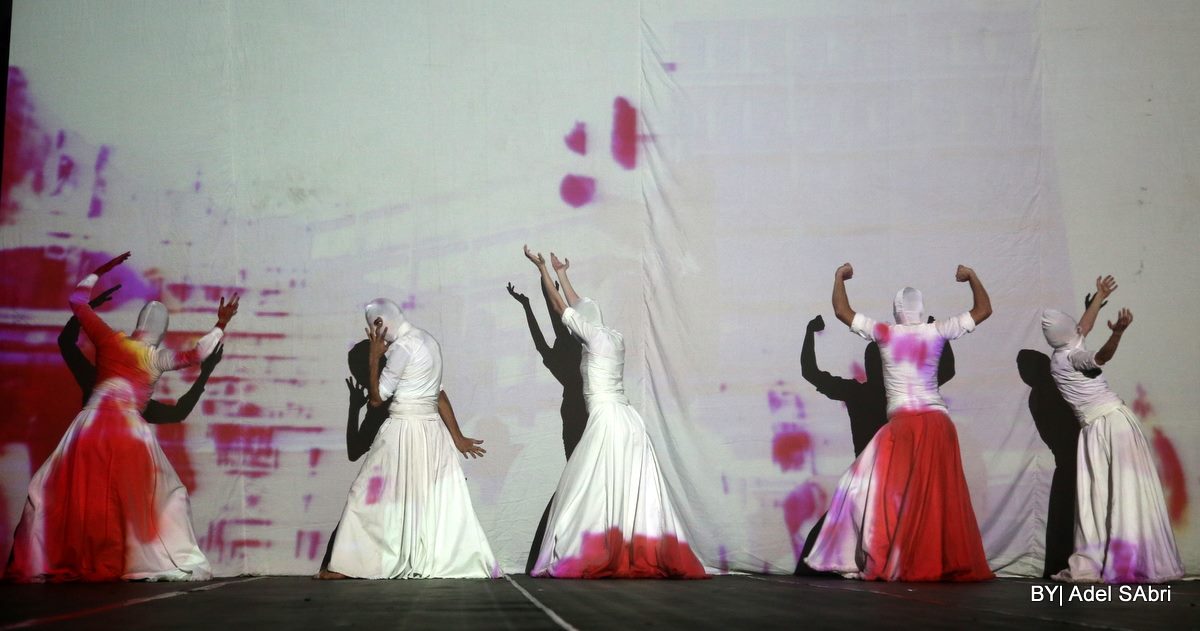 Over the course of the eighty-minute one-act, Shaqf intersperses the Western dramaturgy of the well-made play with a variety of non-realist traditions such as contemporary dance, monodramatic storytelling, and musical interludes. The performance was a compelling example of experimentation that embraced both North American realist theatre aesthetics and Arabic aesthetics, such as the oral storytelling tradition of the hakawati. One of the play’s main characters is explicitly queer and is treated very empathetically; another is blasphemous and blames God for displacement from rural Lebanon due to being a religious minority; a couple talk about how they would like to have sex on a raft.

Censorship comes up in conversation with an Iranian-Canadian scholar as we exit the theatre. I tell her the performance would never pass the censors if a local writer had written it, and that, for no apparent reason, it seems that international productions are given a pass. She responds with:

Well, that’s the point of these festivals, right? The average theatregoer may not want or be able to see stories like this, but here they’re confronted with it. Shows that are generally banned sometimes get performed in festivals and when they’re good, the censors change their mind and they get approved outside of the festival. 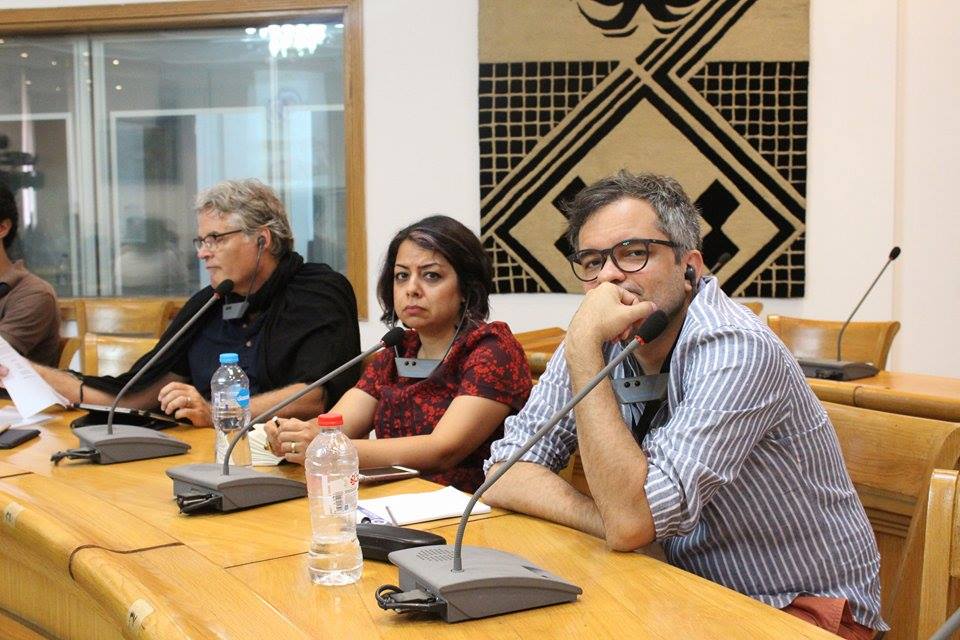 As a diasporic Egyptian who has spent the past four years studying theatre between Abu Dhabi, New York, and European metropolises, I find myself in conversations about censorship with visiting scholars and artists throughout the festival. I don’t always feel like I have the authority to speak as a local; I only relocated to Cairo this May. I struggle with how to talk about censorship. How do I contextualize the limitations on free speech here without confirming stereotypes about freedom of speech and human rights in the Middle East?

How do I contextualize the limitations on free speech here without confirming stereotypes about freedom of speech and human rights in the Middle East?

CIFCET incites discourse and provides opportunities for young artists here in Cairo in ways beyond seeing the visiting performances. The conference, for instance, called for submissions on philosophies of the body in contemporary theatre. There were lectures from Switzerland, Morocco, the United States, India, Canada, and beyond, which addressed the politicization of the female body, domination in theatre, racializing dramaturgies, and theatre of the absent body. Two major questions asked were:

Discussions that arose from the talks sparked debates between young artists on the politics of performance within censored theatre communities. 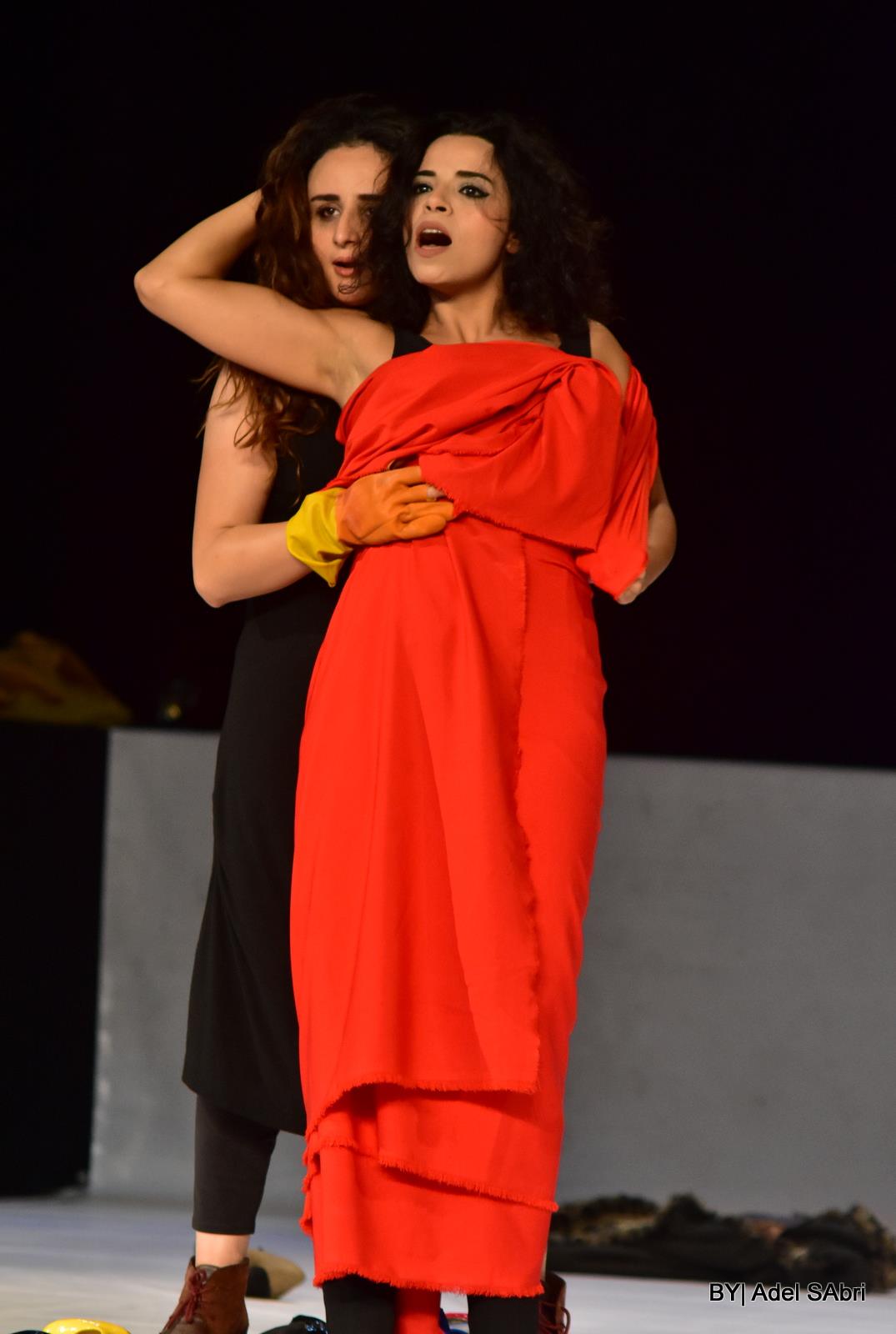 Beyond the productions and conference, censorship remained a predominant subject of discussion. This was the topic of conversation at the playwriting workshop, where I acted as Arabic-English translator between the facilitator, Swiss director Erik Altorfer, and twelve aspiring theatre artists from Cairo. The participants felt that the subjects they’d like to explore in their writing—sexual harassment and state corruption, to name a few—would never be approved by the censors here. Erik had a different stance: that removing censorship was going to have to be a gradual process rather than an immediate one. He argued that countries that suddenly stopped censoring art, post-revolutions, ended up producing work that took advantage of the freedom of speech in ways that came off as shallow or lacked nuance.

I found myself of two minds. On one hand, I do not see the degree of censorship in local theatre here as productive. On the other, some of the best dramatic writing produced throughout history came under authoritarian rule with heavy censorship. I left the workshop that day thinking: How can artists leverage the constraints of censorship to create innovative dramaturgies rather than approach the constraint as a hurdle? How can we maintain what’s compelling about these dramaturgies beyond censored theatrical environments?

The Cairo theatre community needs a space where discussions on the philosophies of the body can happen uncensored. It needs a space where actors can talk about the diaspora from experiences seldom heard here. The international community needs better access to Arab narratives, which every day become harder to export due to strained economies. The more time I spend in Cairo and the further I develop my understanding of the nuances of Egyptian society, the more I value the space for free discourse and cultural exchange the festival creates.

[How can artists leverage the constraints of censorship to create innovative dramaturgies rather than approach the constraint as a hurdle?]

i think this is a question that is essentially at the heart of all theater making. how to take the challenges you face on a particular production or with a particular budget or space, and turn those into opportunities. And I think you're right, some of the best art has come during times of monarchal repression.

[How can we maintain what’s compelling about these dramaturgies beyond censored theatrical environments?]

I find this to be a very intriguing question, how to make something resonate when you remove its context. Do pieces created under this law of censorship, for example, lose their potency once that censorship is gone? I would be so interested to see some of the more controversial pieces from this festival recontextualized.

Yes, I am particularly interested in looking at how Egyptian theater created outside the context of the festival resonates if it travels to festival contexts elsewhere. Do the artistic choices born out of constraints on speech resonate elsewhere, or do they ultimately come off as arbitrary/confusing?