A Symposium on Women Innovators in the Arts 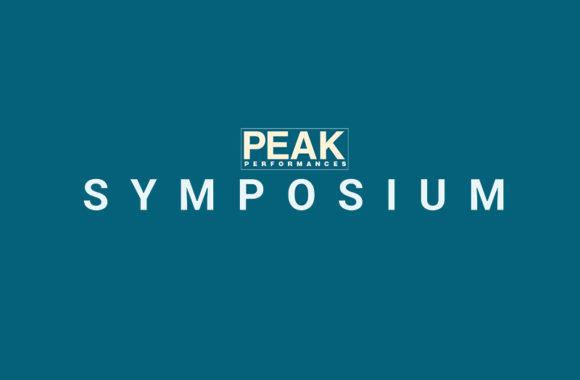 Description: Too often, those who refer to themselves as cultural warriors or workers do not openly admit that the performing arts fields are fraught with the same gender discrimination / homophobia / misogyny / racism / sexism that is a reflection of our larger society. These external circumstances impact the creativity of women, as do the internal forces author Claire Messud identifies (in The New York Times Magazine, August 10, 2017) as “worthy of the most serious examination.” This discourse is directly related to questions of who is invisible and why; whose art gets produced / heard / seen; how artists make their own opportunities instead of waiting for the telephone call that will make them feel accepted / validated / welcomed at someone else’s table. As Messud declares, women’s interior conversations have validity – whether the voices inside our heads and hearts represent the discourse of sacrifice / service / surrender / self-censorship – or, of anger / appetite / ambition. Join us for a series of lively discussions around these pressing issues. Carrie Mae Weems: Considered one of the most important artists of her generation, through image, text, film, performance, and her many convenings with individuals across a multitude of disciplines, MacArthur winner Carrie Mae Weems has created a complex body of work that centers on her overarching commitment to helping us better understand our present moment by examining our collective past. Throughout her many bodies of work, including the celebrated Kitchen Table Series, Weems has consistently brought people together to examine the very things that keep them apart. Ana “Rokafella” Garcia is a New York City native who has represented women in hip-hop danceprofessionally over the past two decades. She co-founded Full Circle Prod Inc., NYC’s only nonprofit break dance theater company with her husband and veteran b-boy Kwikstep, to generate theater pieces, original poetry and NYC-based dance-related events. Rokafella directed a documentary highlighting the b-girl lifestyle entitled “All The Ladies Say” with support from the Ford Foundation and performs music based on her experiences growing up in hip-hop’s mecca. She judges break dance competitions around the world, and based on her mastery of the classic hip-hop dance style, she teaches unique workshops aimed at evolving and preserving its technical aspects. She has worked in NYC public schools exposing young students to the possibility ofa career in dance. Presently she is an artist in residence at the American Tap Dance Foundation, an adjunct professor at The New School and a DANCE/NYC Symposium Planning Committee member. In May, 2017, she launched Shiroka, a T-shirt fashion line, with Japanese grafitti writer Shiro. Rokafella has been featured in pivotal rap music videos, tours, film and commercials and choreographed for diverse festivals and concerts such as Lincoln Center Out of Doors, Momma’sHip-Hop Kitchen and Oregon Shakespeare Festival. She is a multifaceted hip-hop artist who references street and Latino culture as her foundation. www.larokasoul.com Stacy Klein founded Double Edge Theatre in 1982 as an artist-owned ensemble theater. At the company’s Farm Center in Ashfield, Massachusetts, Klein has conceived and directed four originalperformance cycles, which have earned her international recognition for daring and innovation. In 2013, Klein was honored with a Doris Duke Performing Artist Award, given to artists of profound influence on the field in this country. Likewise, her work in developing the concept of “living culture,” a termcategorizing engagement of communities in the creation of art and culture, has been groundbreaking. In 2017, the company won a prestigious ArtPlace America grant to transform vacant and underutilized farm buildings in Ashfield into a vibrant arts campus and cultural destination that demonstrates how art is key to economic stability. Works Klein conceived and directed for Double Edge have played at Arena Stage (Washington, DC); Golden Mask Festival (Moscow); Redfern Performing Arts Center (New Hampshire); Contemporary Arts Center (New Orleans); ArtsEmerson’s Paramount Center (Boston); Brygga Kultursal and the PIT Festival (Norway); and Peak Performances @ Montclair State University. The company’s works often draw on classic novels and legends, use larger-than-life puppetry, live music, and street theater techniques to bring audiences on a literal and figurative journey. Allison Miller is a New York City–based drummer, composer, and teacher who has been named to theTop 20 Jazz Drummers in DownBeat Magazine. Her band Boom Tic Boom is a recipient of Chamber Music America’s Presenter Consortium for Jazz Grant, and Boom Tic Boom’s 2016 release Otis Was a Polar Bear was chosen for NPR’s Jazz Critics Poll (2016). As a side musician, Miller has been therhythmic force behind such artists as Ani DiFranco, Natalie Merchant, Brandi Carlile, Toshi Reagon, Dr. Lonnie Smith, Ben Allison, Late Night with Seth Meyers, Jane Ira Bloom, Camille A. Brown & Dancers, and co-leads Holler and Bam. Miller teaches at The New School for Jazz and Contemporary Music in New York City and is the new artistic director of Jazz Camp West. She is an arts envoy to Thailand and three-time jazz ambassador. Millerendorses Yamaha drums, Zildjian cymbals, Vic Firth heads, and Evans drumheads. Baraka Sele, an independent consultant, has been the assistant vice president of programming at New Jersey Performing Arts Center, artistic director of performing arts at Yerba Buena Center for the Arts in San Francisco and vice president of performing arts of the Houston International Festival. In addition to working as a performing arts curator, consultant and producer, Sele has served on local, national and internationaladvisory committees, boards and panels for organizations including Dance/USA, Dance/NYC, Association of Performing Arts Presenters, International Society for the Performing Arts, National Endowment for the Arts, Vera List Center for Art and Politics/The New School and Walker Art Center’s Global Advisory Committee. She has traveled throughout Africa, Asia, Europe and North and South America and is frequently a guest speaker at conferences, seminars and universities. Her work and presentations have been featured in numerous publications. Marissa Silverman is an associate professor and coordinator of undergraduate music education at the John J. Cali School of Music, Montclair State University. A Fulbright Scholar, Dr. Silverman has published in many academic journals in theU.S. and abroad as well as The New York Times. Dr. Silverman is co-author of“Music Matters: A Philosophy of Music Education,” second edition, and co-editor of “Community Music Today” and “Artistic Citizenship: Artistry, Social Responsibility and Ethical Praxis.” Her recent publications include invited chapters in “The Oxford Handbook of Philosophy in Music Education,” “The Oxford Handbook of Music Education; Music, Health and Wellbeing” and “Music Education: Navigating the Future.” Her research interests include the philosophy of music and music education; ethics, music and music education; community music; artistic interpretation; and interdisciplinary curriculum development. She holds a Ph.D. in performance (flute) from New York University, as well as degrees in English literature and education.