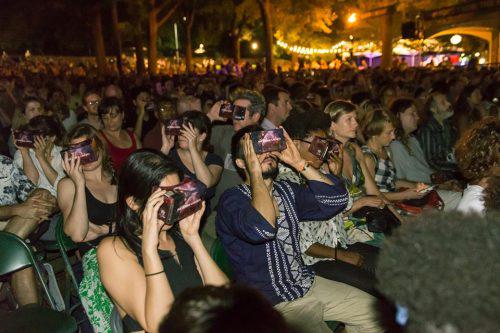 New York City is experiencing a renaissance of contemporary opera. Artists find boundary-pushing new expressions by crossing musical genres, creating stunning visuals, and defining new narratives. Join us to explore how and why experimental theatre artists successfully revive this art form, while classical opera is struggling. Artists and producers at the forefront of the contemporary New York opera scene will present their works and discuss the radically changing landscape of the field.

Jecca Barry has been the General Manager of Beth Morrison Projects since 2013, a role that feeds her passion for bringing new music works to the stage. Jecca received her BA (Mus) in Flute Performance from the Royal Northern College of Music in Manchester, England, and her Master of Music Degree in Flute Performance from New York University. During her studies, Jecca focused almost exclusively on the performance of contemporary and avant-garde works. In 2010, Jecca was a founding member of the Empire State Sinfonia, a professional orchestra that performed around New York City, including a performance at Alice Tully Hall in 2011. Jecca also works as an independent producer for theatre artist Geoff Sobelle’s, who’s work The Object Lesson has toured the US and Internationally, and will be returning to NYC in February 2017 with a run at New York Theatre Workshop.

Composer-vocalist Lisa Bielawa is a 2009 Rome Prize winner in Musical Composition. The New York Times describes her music as, “ruminative, pointillistic and harmonically slightly tart.” Bielawa began touring as the vocalist with the Philip Glass Ensemble in 1992 and has premiered and toured works by John Zorn, Anthony Braxton, and Michael Gordon. In 1997 she co-founded the MATA Festival. Bielawa was appointed Artistic Director of the acclaimed San Francisco Girls Chorus in 2013 and is an artist-in-residence at Grand Central Art Center in Santa Ana, California. Bielawa’s music is frequently performed throughout the US and Europe. Highlights include premieres at the 2016 NY PHIL BIENNIAL, Orlando Philharmonic, and performances as both composer and vocalist at the Kennedy Center. She is currently working on Vireo, an episodic opera which will be released by KCET for free, on-demand streaming in 2017. Her latest album isThe Lay of the Love (Innova 2015). For more information, please visit www.lisabielawa.net.

Kristin Marting is a director of hybrid work based in NYC. Over the last 25 years, she has constructed 27 stage works, including 12 original hybrid works, 8 reimaginings of novels and short stories and 7 classic plays. She works in a collaborative, process-driven way to fuse different disciplines into a cohesive whole. Kristin is co-founder and Artistic Director of HERE where she has directed 17 works and cultivates artists and programs (including 17 OBIE-award winners) in two performance spaces for an annual audience of 30,000. She has also premiered works at 3LD, Ohio Theatre, and Soho Rep. Her work has toured to 7 Stages, Berkshire Festival, Brown, MCA, New World, Painted Bride, Perishable, UMass, Moscow Art Theatre and Oslo. She has directed readings and workshops for Clubbed Thumb, New Georges, Playwrights Horizons, Public Theatre, Target Margin, and others. Selected residencies include Cal Arts, LMCC, Mabou Mines, MASS MOCA, NACL, Orchard Project, Playwrights Center, Smack Mellon, Voice & Vision, and Williams.

Aaron Siegel is a Brooklyn-based composer working mainly in the worlds of experimental opera and chamber music. He is one of the co-founders of Experiments in Opera, where he has helped produced over 40 new works for in the last five years.  He is currently working on a short opera called The Wallet for EiO’s Flash Opera program to be premiered in May 2017, a Chamber Music America commission for Mantra Percussion, and a pair of song cycles for Soprano and Baritone.  His most recent recording is Book of Notions, 9 duos for piano and vibraphone released in fall 2016. He is the Executive Director of Experiments in Opera and on the education staff at Carnegie Hall. 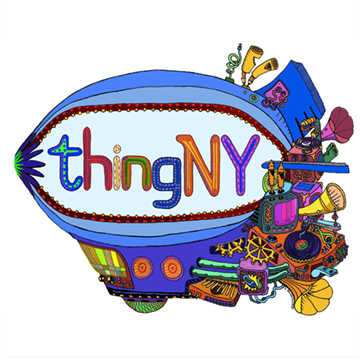