A Conversation with Romeo Castellucci 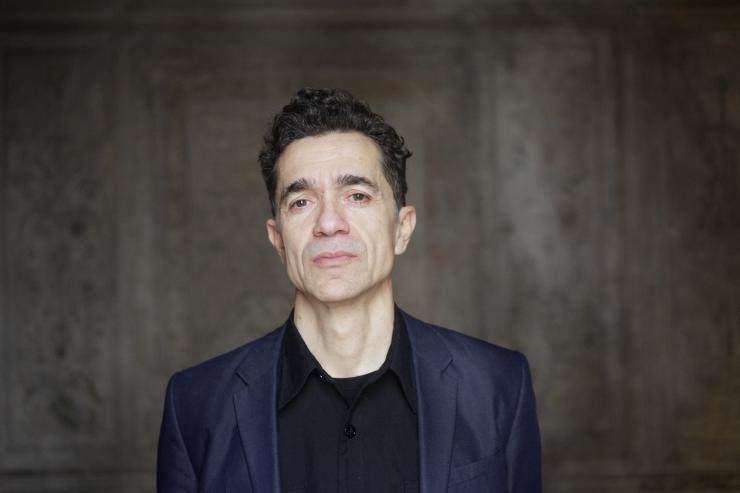 Born in Cesena in 1960, Castellucci graduated in scenic design and painting from the Academy of Fine Arts in Bologna. Together with Claudia Castellucci, Chiara Guidi, and Paolo Guidi, he founded the theatre company Socìetas Raffaello Sanzio in 1981. He is internationally recognized—his works having been staged in over fifty countries—for his theatre based on a synthesis of the arts. In 2013, Castellucci received the Golden Lion for Lifetime Achievement from La Biennale Teatro di Venezia. In 2014, he was assigned an Honorary Degree for the disciplines of Music and Theatre from the University of Bologna, and the European magazine Opernwelt named him Best Opera Director of the year.

Castellucci often re-envisions mythical tales by distilling them to their pure essence and then crafting new meaning with images, sound, physicality, and stunning stage design. His artistic works provoke and mesmerize in their intensity, and provide sensory experiences for the audience.

Presented in collaboration with the French Institute Alliance Francaise (FIAF)/Crossing the Line Festival (Co-curated by Lilli Chopra, Simon Dove, and Gideon Lester), which will present Romeo Castellucci for the first time in New York City with Julius Caesar. Spared Parts, a shortened version of his 1997 production.

Romeo Castellucci is born in 1960 in Cesena, Italy. He graduated with a degree in painting and scenography from the Academy of Fine Arts in Bologna. In 1981, jointly with Claudia Castellucci and Chiara Guidi, he founded Socìetas Raffaello Sanzio. Since then he has produced numerous plays in the role of author, director and creator of scenes, lights, sound, and costumes. He is known all over the world, his works have been presented in more than fifty different countries, as an author of theatre based on the totality of the arts, aimed at creating an integral perception; he has also written various essays on the theory of directing plays, which trace the development of his type of theatre. His directing is characterized by dramatic lines that are not subject to the primacy of literature, but rather make of theatre a plastic, complex art, rich with visions. This has developed a comprehensible language in the same way that music, sculpture, painting, and architecture can be. His plays are regularly invited and produced by the most prestigious theatres and festivals all over the world.

Piersandra Di Matteo. Performing arts theorist and independent curator. Her theoretical research concerns postdrammatic theatre and performative formats as procedural phenomena, linguistics, and contemporary philosophy. At the Department of the Arts (University of Bologna) she has been focusing her theoretical trajectory on the politics and ethics of the voice. She has been part of international conferences and lectures dedicated to these topics (Montreal, London, Rome, Amsterdam, Shanghai, Hong Kong, Singapore). Her essays have been published in various international magazines, art catalogues, collections of essays, and multimedia projects. Her experimentation with cross-forms of performance and editorial production often involves projects in critical writing, performative writing, and moments that intertwine theory and practice, understood as tactics in the configuration of other spaces for the construction of knowledge. She is a theoretical consultant for European artists and performers. She was awarded the UBU Prize for “Best curatorial-organisational project 2014” for the multi-format project e la volpe disse al corvo. Since 2008, she has been working closely with Romeo Castellucci as dramaturge.